Lumote: The Mastermote Chronicles by Wired Productions and Luminawesome Games is a challenging but also relaxing puzzler in which you try to take back the power from the Mastermote. You will take control of the titular Lumote, a weird fluorescent creature who controls the Blue power. Mastermote is somewhere deep down your path, controlling the Red power. Your goal as you navigate this world is to reach him to restore the balance of power towards Blue while encountering other Motes to help you solve the puzzles to advance new areas. 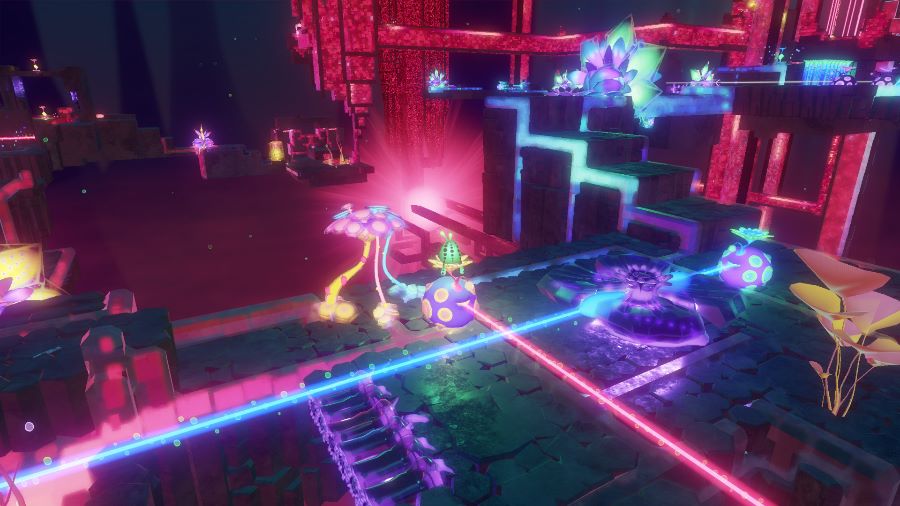 In terms of controls, the game is relatively simple to pick up. You move around with the left analog stick, while the right one allows you to move the camera around. The X button allows you to jump with the possibility of doing a double jump by tapping it twice. The Circle button will allow you to take control of other Motes if you stand on them, so you’ll move them as per their ability until you jump off of them. This will allow you to do things like moving a Mote onto a switch that requires you to have something on it so that it will open up the door to complete a level.


When you arrive at a level, your goal is to activate the necessary switches to unlock the flower-like door that grants you access to the next level. This is where the power of the Motes you meet will come into play, as you’ll need to move them around and trigger stuff to activate all those switches. Each level will also feature a golden object that’s hidden somewhere in it, not always in an easy-to-access location, that will serve as the game’s collectibles. Each level starts as soon as you cross the door of the previous level’s end, so you’re always on a continuous path. Pan the camera around, and you can see the whole path of levels the game offers. At the end of each section, you’ll activate a tower, and you’ll then progress to a new section with a new set of levels. 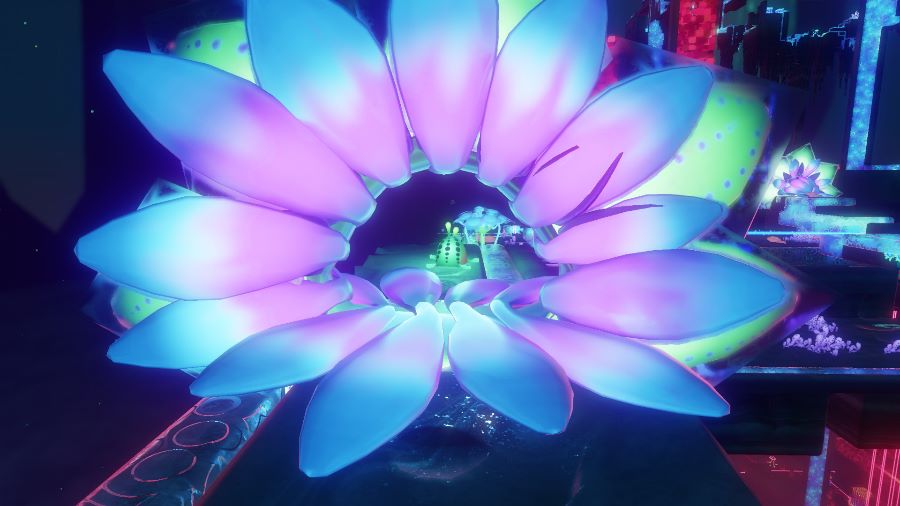 The game’s levels being presented as one continuous path is something that makes for a very smooth gameplay experience. All the levels and the world are very colorful, with pretty much everything you interact with having a squishy feeling to it, which made the whole thing have some powerful zen vibes. The audio also contributes to the experience, making for a puzzle game that is relaxing, even though it’s clearly not once you progress further into the game and the difficulty starts to ramp up.


Up until you activate the second tower, things are rather easy or at least manageable. You figure out what to do with the Motes at hand, open the door and proceed. After that, though, things quickly become a bit more complicated as each level will take you a bit more time to complete. The fact that there are multiple Motes to interact with, with some of them changing from the Blue or Red power depending on what you do with them, creates a lot of combinations as you try to open the next door on your path. It’s also worth noting that there is no help system, so unless someone out there works on a guide, you might end up stuck. It’s a challenge level that certainly won’t be for everyone. 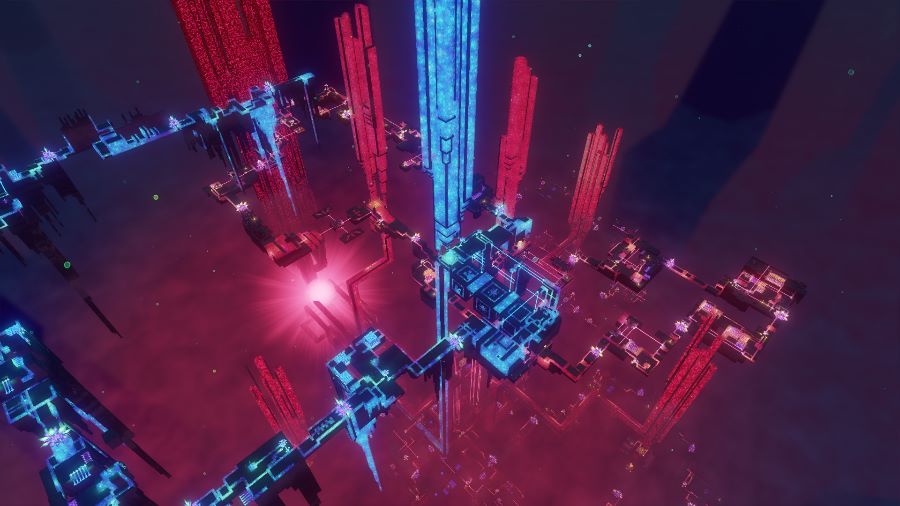 As for the trophies, this won’t be an easy one to Platinum. For starters, you’ll have to complete all levels. You also need to find each and every gold collectible hidden in the game – there’s a total of 54. You also need to complete the first two worlds without dying, which can’t be a bit hard considering that some of the gold collectibles are in hard-to-reach places. And if that wasn’t enough, there’s a trophy for completing the game in under 1:23:28, which you probably won’t get during your first run since there’s a lot to learn during your time with Lumote. 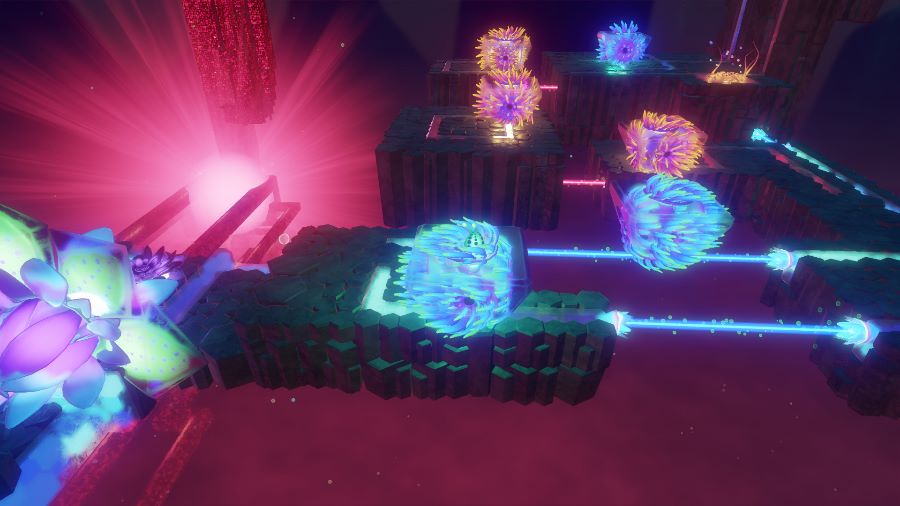 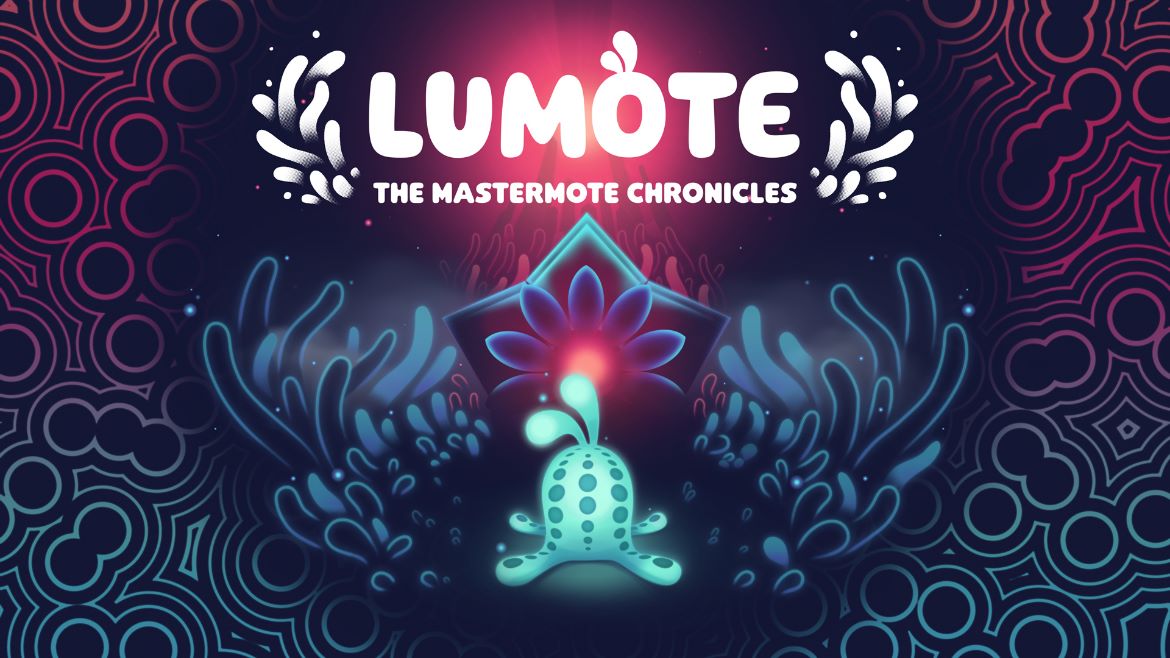 Beautiful and challenging puzzler with a great continuous level design

Disclaimer
This Lumote: The Mastermote Chronicles review is based on a PlayStation 4 copy provided by Wired Productions.