Take control of Steve as he spends a summer in Fairbrook, working on the farm, making new friends, and maintaining old relationships. You can raise and sell your own crops, spend time with local girls, and schedule activities for your week in advance.

Flower Shop: Summer In Fairbrook from Winter Wolves Games is a game that was released way back in 2010 on the PC. Thanks to Ratalaika Games, we now get to see this game on modern consoles. The game begins as Steve – the main character of this game – and Jill, his girlfriend, have finished their school year, which means it’s time to plan their summer. Celebrations don’t go as originally planned, and shortly after, Steve is sent to spend the summer at his uncle’s farm in Fairbrook.

When the game begins, Steve is a teenager that lacks ambitions. He has had bad grades in his recent school year. Perhaps staying on the farm away from the big city will form his character. Flower Shop: Summer In Fairbrook spans the entire summertime and lasts 12 weeks, in which you’ll have to make dialogue choices and take care of your crops. As you begin, the land is completely covered in weeds, so there’s hard work waiting for you there. 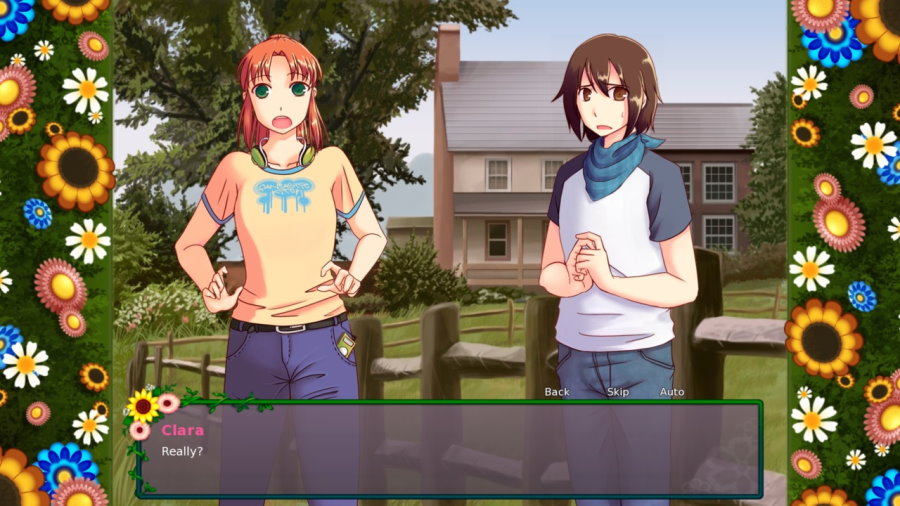 Being a visual novel, you are expected to make a lot of choices during your playthrough. Nearly every dialogue option will affect your relationship with the character you are speaking with, so do keep that in mind! One thing I liked is that you can press the R1 button to go back in the conversation to change the outcome if the conversation didn’t have the result you were looking for. There are nine different endings, and basically, you could end up with any of the four girls in this game, and the 9th one being finishing the game alone.


I did have an issue with the color selection of the dialogue choices. It wasn’t clear which option was selected because they just changed color, and it often won’t be the first choice that is selected which added to the confusion. From an accessibility standpoint, and for the sake of clarity, it would have been better if there was an arrow pointing at the selected choice.

Every morning of the game, you’ll be tasked with taking care of your piece of land. First, you’ll have to remove the weeds. When you have some free space in it, you’ll be able to plant your own seeds, water the plants, and eventually sell your crops for money. If you want to collect money quickly, my suggestion would be to ONLY purchase strawberry and blackberry seeds since they have the biggest potential profit. 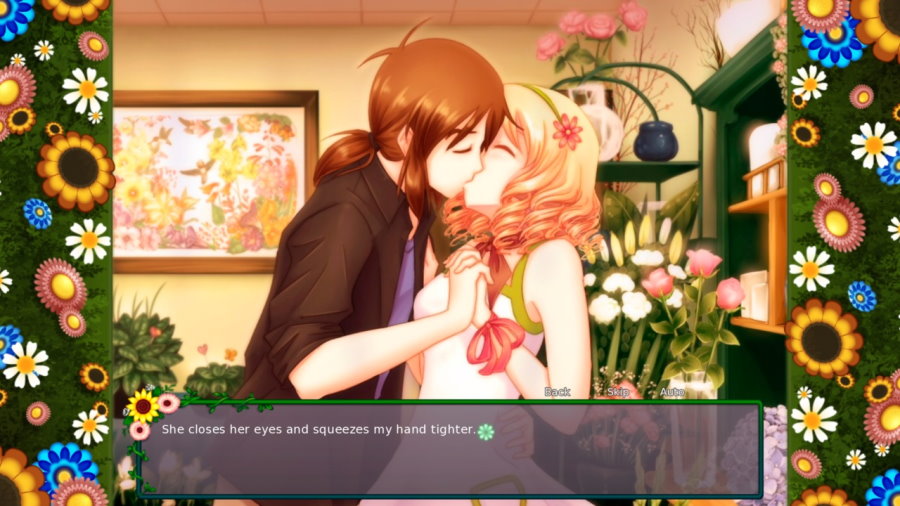 I genuinely enjoyed taking care of my patch of land, but the control scheme is awkward and felt poorly ported to a console controller. Selecting a spot is approximative, and you’ll often need to select from the first spot in the top left and get to the desired position. You’ll definitively need some time to get used to it. You have five hours to take care of your garden each day, and each action takes one game hour to be completed. You can do one of those possible actions each day: cleaning, removing parasites, planting, watering, or collecting/selling your plants once they have matured. Once I understood how to manage the garden, I had a lot of fun with it! 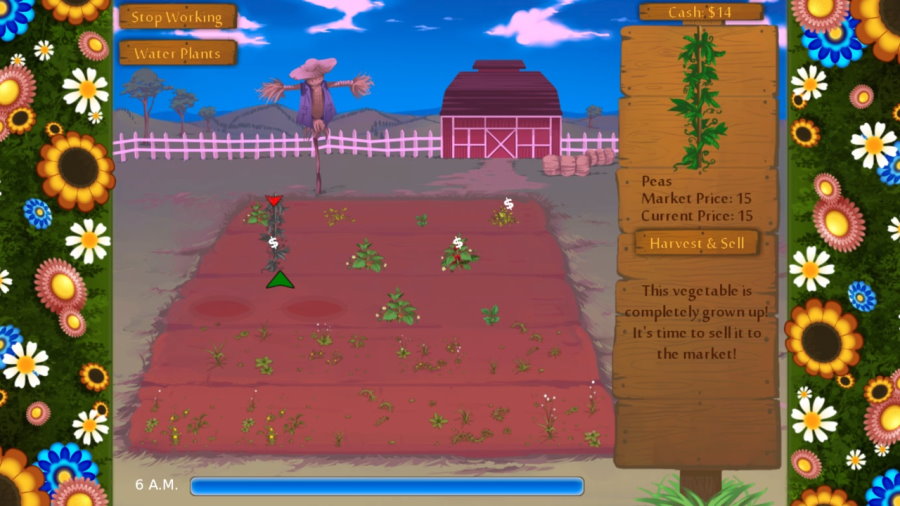 Finally, on the trophies side, you can expect to get a new Platinum in around 2-3 hours if you play the game and read all of the dialogues, or in little less than one hour if you follow a guide. The game offers nine different endings, and you must see at least one for each of the four girls in the game, as well as end the game alone. There are also two trophies tied to your garden, and one you’ll have to keep in mind from the very beginning is to end the game with over $1000. I recommend that you save often in case you need to revert to a previous week. Since this is a Ratalaika Games release, you can expect to earn two Platinum trophies thanks to the game being Cross-Buy, so you’ll get both the PlayStation 4 and the PlayStation 5 versions with your purchase.


Flower Shop: Summer In Fairbrook is a great game and one that does a great job of mixing the visual novel elements with a bit of romance and a fun farming simulator. This one is easy to recommend since the story is good, and playing without a guide will likely take you around 2-3 hours. Flower Shop: Summer In Fairbrook is available at a $9.99 price, and since it’s a Cross-Buy title, you’ll get both the PS4 and PS5 versions, and each one has its own trophy list. Disclaimer
This Flower Shop: Summer In Fairbrook review is based on a PlayStation copy provided by Ratalaika Games.