Dandy & Randy DX from Asteristic Game Studio and Ratalaika Games is a 2D top-down adventure in which you must recover a Celestial Stone to cover their debt problems. Check our Dandy & Randy DX review!


Dandy and Randy is a 2D top-down old-school game featuring two of the worst archaeologists that have ever graced the Earth.

Dandy and Randy are a couple of archaeologists who are in a pickle. They owe a ton of money to their bank, and they need a way to pay it back, or they are done for!

Dandy & Randy DX from Asteristic Game Studio and Ratalaika Games is about two anthropomorphic animals on a quest to recover the Celestial Stone, an object that could make them rich and fix their financial issues. The premise of this game is different from what I was expecting, but the story as a whole was more interesting than what it would seem at first.

You begin by selecting your character between Dandy – a purple duck – or Randy – a blue rabbit -with a couple of extra characters that will join in their adventure. You can also play alone or in local multiplayer, and I have to praise how the game is an all-ages experience that is a good option for families since you can play with your kids and help them out if they ever run into any issues along the way. I played the entire game with my 10-year-old daughter, and we both had a lot of fun with it. 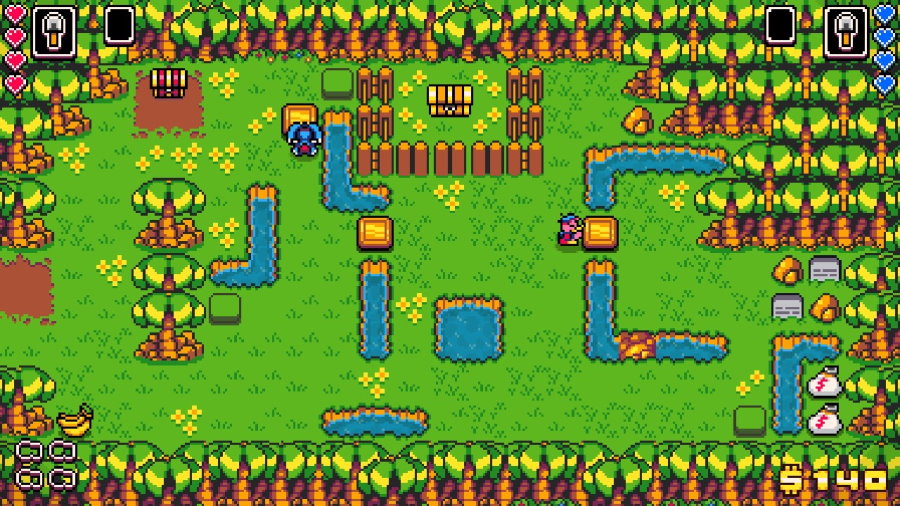 The game in itself feels like a mix of different 16-bit games, but the most predominant influence would be the old-school The Legend of Zelda series, A Link to the Past, in particular, on the Super Nintendo Entertainment System. While the game is a linear experience since you’ll only be able to explore one location at a time. Once you beat the boss, you’ll move on to the next area. You will gain access to new items, such as a boomerang, a hammer, and a hook shot, and you won’t be able to progress further in each area until you find that big chest with the special item you need. You should be able to complete the game in around 2 hours or so, Platinum trophy included.

Each area of the island has its own look and feel, music, enemies, and challenges. I liked how the game evolves as you go while retaining some elements, such as having to find a set of colored keys to open the doors that lead you to new parts of the map for each area. The game isn’t challenging to take on when playing on the standard difficulty setting, but just in case, there’s also the option of playing in an easier difficulty setting that will make your characters invincible without voiding any of the trophies. 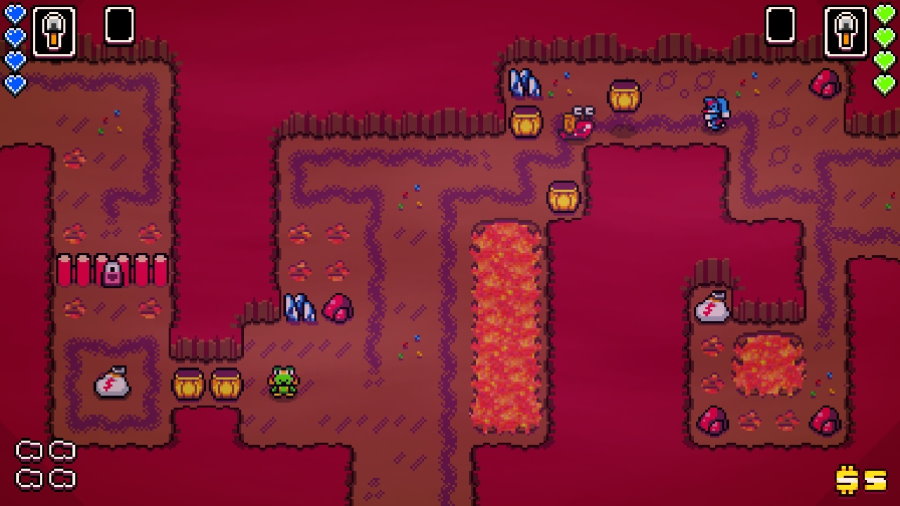 The presentation of Dandy & Randy DX is colorful, the locations and enemies are nice, and the soundtrack is catchy. Moreover, it was the first Ratalaika Games in which I noticed the DualSense controller was used for vibration feedback. It wasn’t the most groundbreaking integration, but it was nice to see this feature finally used.

On the trophies side, with this being a Ratalaika Games release, you can expect to add two new easy Platinum trophies to your collection thanks to the game being Cross-Buy between the PlayStation 4 and PlayStation 5 versions. Trophies are mostly awarded for progressing through the story and finding new friends along the way. If you’re looking for the quickest route, my suggestion would be to switch the game to the easy difficulty setting, and you should not purchase anything from the shop since you need to collect $7,500 for three trophies. 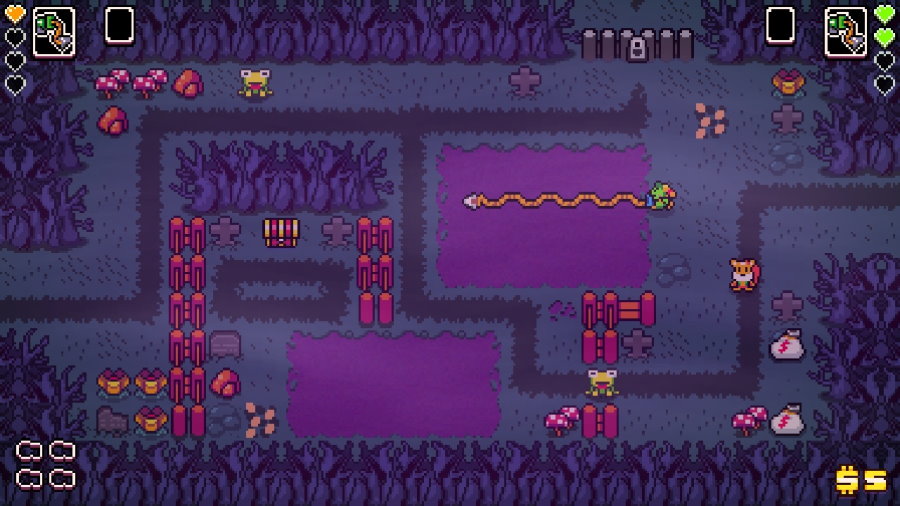 Dandy & Randy DX is a charming adventure game that can be either played alone or in local co-op in a much appreciated kid-friendly quest. I loved exploring the different areas and also liked the soundtrack for the game. There isn’t much to complain about here. You can complete the game in less than two hours, and since it’s a Cross-Buy title, you can get two Platinum trophies for your collection. Dandy & Randy DX is out with a $6.99 asking price. Disclaimer
This Dandy & Randy DX review is based on a PlayStation copy provided by Ratalaika Games.