Cotton Fantasy from ININ Games is a new entry in the long-running shoot ’em up series as part of the 30th-anniversary celebration. Check our Cotton Fantasy review!


Cotton Fantasy – known as Cotton Rock’ n’ Roll in Japan – from ININ Games is a new entry in the long-running shoot ’em up series as part of the 30th-anniversary celebration. After giving us the revamped Cotton Reboot as a series revival, ININ Games is now giving us a new shoot ’em up in the long-running series with HD graphics for its 16 stages with vertical, horizontal, and 3D movement, six characters to play as, including guest characters – more on them in a bit. Add unlockable content, cutscenes with voice acting in Japanese, a soundtrack with remastered tracks from previous Cotton games, and an online leaderboard so that you can try to get your name as high as possible. 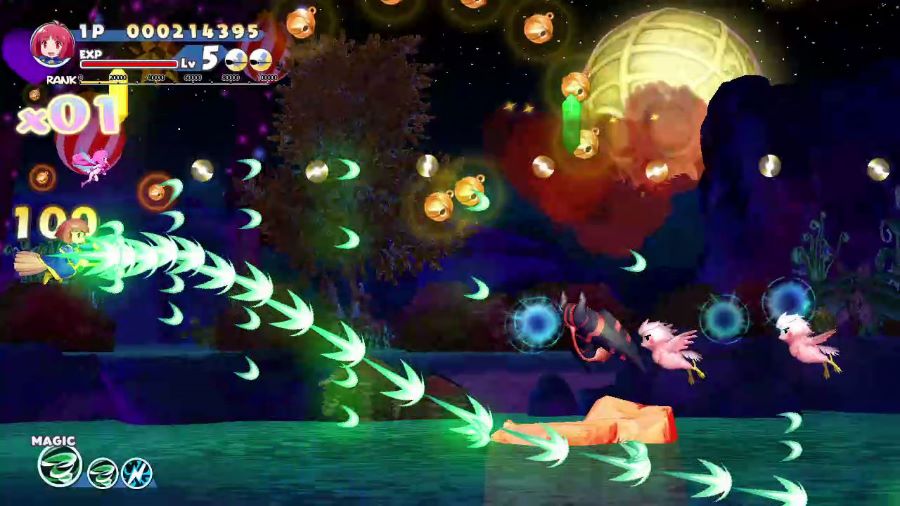 Other games in the Cotton series have gone for a simple control scheme, and sequel Cotton Fantasy is not the exception. You’ll move your character with the left analog stick or the D-Pad, shooting with the Square button. By pressing and holding down the Square button for a bit, you can use a charged attack. And if you press and hold down the Circle button, you can take advantage of the autofire feature. The X and Triangle buttons can be used for each character’s special attack.

As for the six playable characters, each one will have different attack patterns, thus increasing the replay value since you can take on the game with each character and have a different overall experience. The characters include Cotton – of course – as well as Appli. The guest characters are Umihara Kawase from the series of the same name, Luffee from Doki Doki Poyacchio, Psyva Ria from Psyvariar, and Fine from Sanvein. There is also an extra character to unlock to add even more variety! 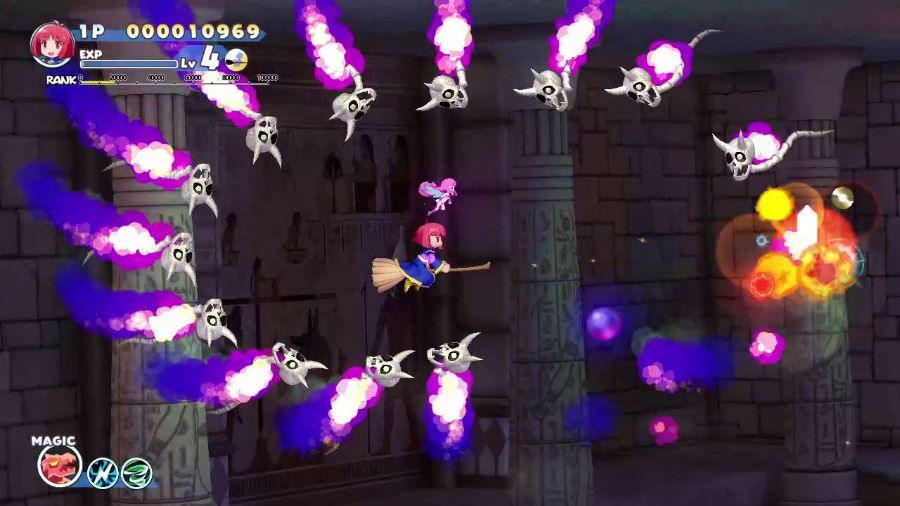 Each of the characters will also have different charge shots and specials, along with unique traits. Cotton can use a charged magic attack and can have faeries fighting by her side. Appli can catch small enemies in front of her and use them as a shield or throw them to cause a chain explosion. Luffee can charge up a large piercing laser and unleash a bomb to clear the screen. Fine is a timer-based character with no lives, so you must collect crystals to increase the ticking timer – if the timer reaches zero, it’s game over! Psyva Ria can graze enemies and their bullets to BUZZ, which will increase her score multiplier and grant her EXP to level up all the way up to level 99! Umihara Kawase has a special attack by which she can throw her fishing lure to catch small enemies, as well as a mighty bazooka to unleash a world of hurt. 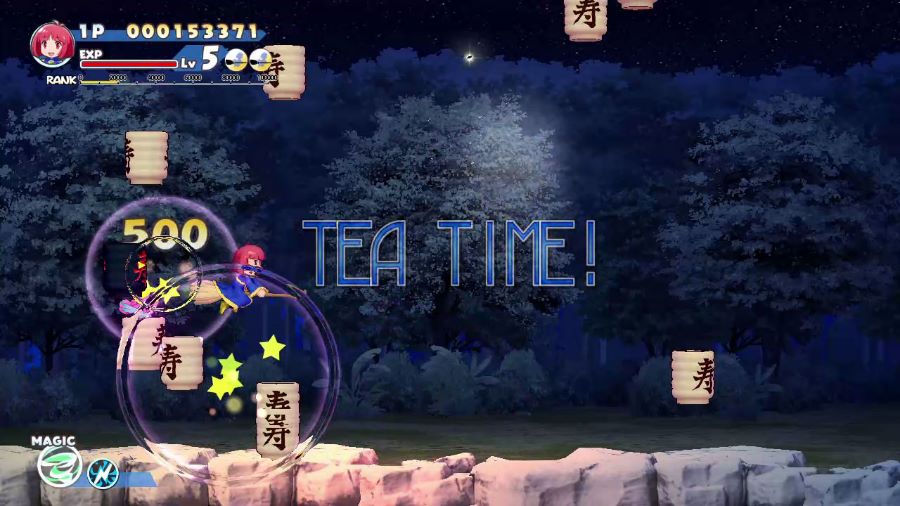 Cotton Fantasy features a full trophy list so that you can work on adding a new Platinum trophy to your collection. There will be trophies to unlock as you complete each of the levels that the game has to offer. Along with those, you’ll also have to complete any stage without dying, complete the Story Mode with each of the main characters and with the secret character, use Cotton’s bomb 9 times, create a chain combo 100 times with Appli, fire Umihara Kawase’s bazooka 100 times, BUZZ 100 times with Ria, obtain 100 crystals with Fine, fire Luffee’s charge laser 100 times, and avoid all of the normal teacups during the tea time bonus segment at the end of a stage. 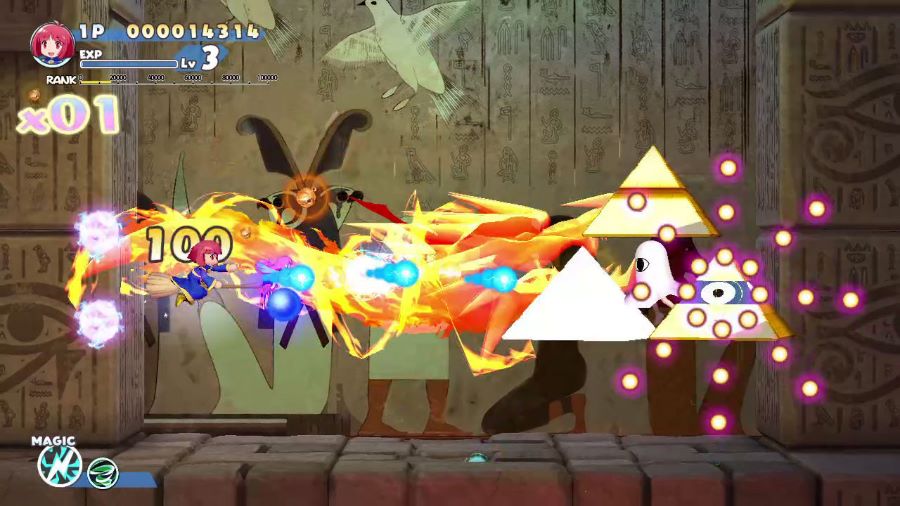 If you’re a shoot ’em up fan – not to mention a Cotton fan – then you should definitely get Cotton Fantasy on PlayStation 4. It offers 16 stages to play with vertical, horizontal, and 3D movement, three difficulty levels, six characters to play as – each one with different shooting patterns, special attacks, and some special abilities or quirks – and an extra character to unlock. Cotton Fantasy is out on May 20 with a $39.99 asking price. 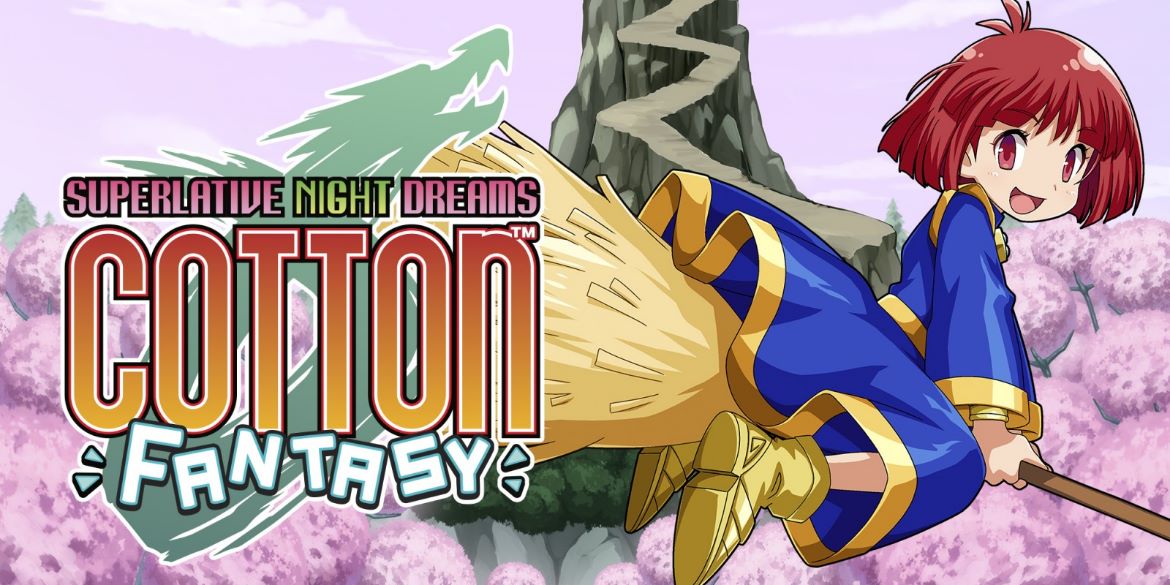 Disclaimer
This Cotton Fantasy review is based on a PlayStation 4 copy provided by ININ Games.