Broken Pipe from DillyFrame is a puzzle game in which you control a robot that must fix the tanks that manage all of the gates and bridges. Check out our Broken Pipe review.


Broken Pipe from DillyFrame Games is a puzzle game in which you control a robot that must fix the tanks that manage all of the gates and bridges. You’ll take on 29 levels as you return the missing modules to fix the broken ones so that the pipe schemes can be used to direct the streams to the contraptions that control the aforementioned structures. You’ll be controlling streams of different colors to send them from one tank to the other to solve all puzzles so that all of the trapped robots can finally escape. Collect the many memory cards dotted around the game along the way, and you’ll be able to 100% Broken Pipe! 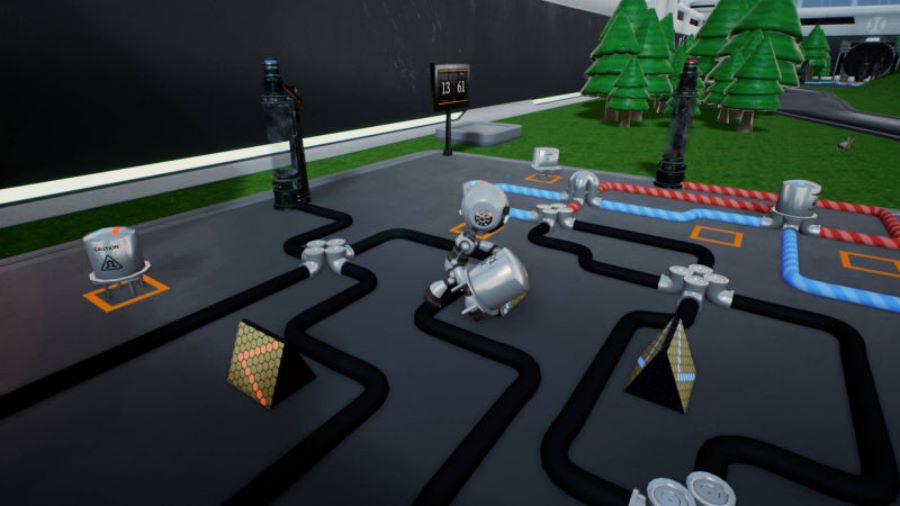 The first thing you’ll do as soon as you boot up Broken Pipe will be to take on the tutorial segment, which will show you all of the basics. You’ll control your robot with the left analog stick as you move the camera around with the right one. You can run by pressing and holding down the L2 button, or go into the options section and select to make it so that your robot is always running. The X button will be used for jumping, while the Square button will be used for picking up and dropping modules as needed. You’ll also be able to kick with the R2 button, which is there only for comedic use as you kick around some of the robots.


Each of the 29 puzzles you’ll solve will have a variety of modules for you to use. The standard modules will simply allow the stream to go through them with ease. You’ll have to combine that module with others that are square or round, which will have colored marks for you to consider. These marks dictate which colored stream can flow through them and in which direction so that you can then plan accordingly to take each of the streams from its starting point to the tank that needs it. 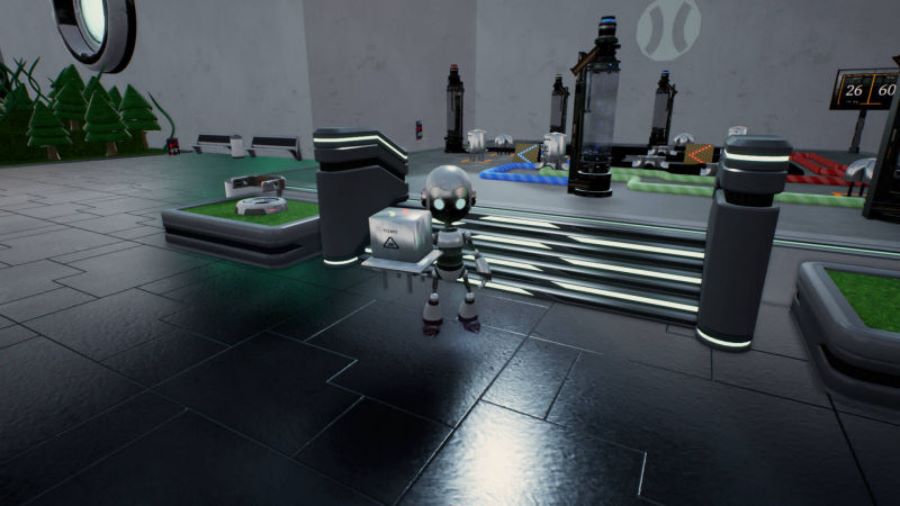 By picking up the many memory cards in the 3D overworld, you’ll be able to unlock four bonus mini-games by finding the right control console and having enough memory cards in your collection. The mini-games are Flappy Drone, Color Jumper, Drone’s Escape, and Bunny in the Forest. Flappy Drone is a Flappy Bird type of game in which you’ll have to press the X button to keep the drone flying to avoid the obstacles. Color Jumper has you controlling a robot that can jump and double jump with the X button as it changes between yellow and blue with the R2 button to be able to walk on top of colored platforms, as you double jump over the grey ones which will destroy you if you land on them.

Drone’s Escape will have you control a drone in an autorunner type of game played from an isometric perspective. Your goal for this one will be to change between the left, center, and right lanes to avoid the other drones as you collect coins and stars and boost your score as high as possible. If you lose a life, you can then collect a heart to recover it. Bunny in the Forest is another autorunner, but this one is present with the camera set behind the bunny you’ll control as you boost your score by avoiding the trees on your path. 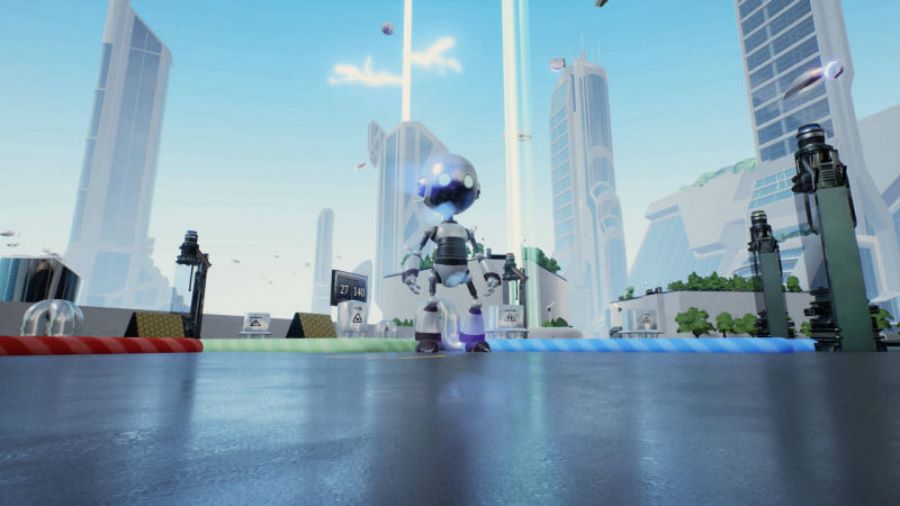 The game has a full trophy list split into 6 Bronze trophies, 5 Silver trophies, and 9 Gold trophies. As was the case for Kick it! Bunny, the trophies in Broken Pipe aren’t all related to solving the 29 puzzles in the game. You will get a trophy for completing all tutorial levels, another one for completing one non-tutorial level, and one more for completing five non-tutorial stages. Other than that one, you’ll get trophies for collecting five, ten, and forty memory cards, for finding the four mini-games, and for earning a high score on each of the four mini-games, to name some examples. 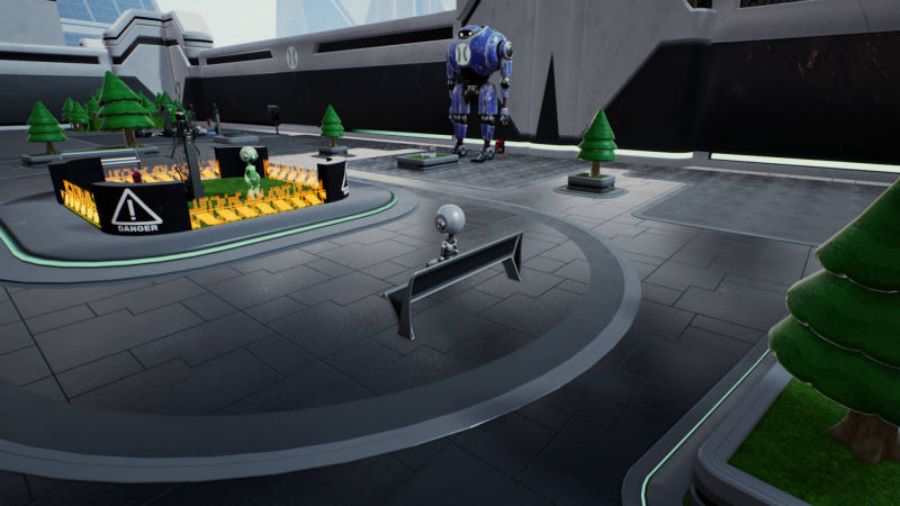 Broken Pipe is a fun puzzle game with some extra platforming elements in which you’ll be searching for memory cards to collect. Find at least 40 of them, and you’ll get to unlock and play four bonus mini-games as you work on adding one more Platinum trophy to your collection. Broken Pipe is out on PlayStation 4 with a $3.99 asking price. 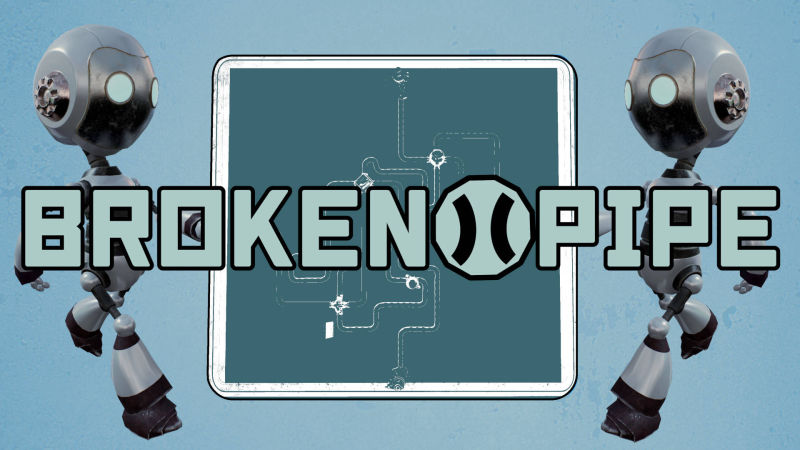 Fun puzzle game with a side of mini-games

Disclaimer
This Broken Pipe review is based on a PlayStation 4 copy provided by DillyFrame Games.