They Always Run from PID Games and Alawar is a 2D action platformer in which you’ll be a three-armed bounty hunter. Check out our They Always Run review!


They Always Run from PID Games and Alawar is a 2D action platformer that places you in the role of a three-armed bounty hunter. His name is Aiden, and he’s in the business of finding the most dangerous criminals in the galaxy. Help Aiden complete each bounty, and you’ll be rewarded with money, as well as valuable information that can help Aiden get closer to finding those that made him the way he is. Do you have what it takes to survive in this harsh reality? 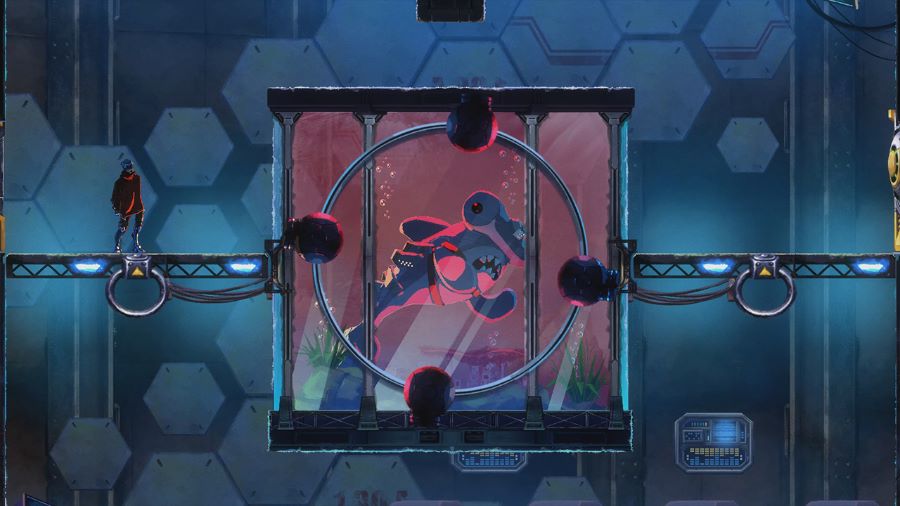 In order for you to quickly get the hang of things, the game will throw you straight into a short tutorial fight that will teach you all of the basics. Your character will move with the left analog stick as you jump with the B button and roll with the A button – a skill that will prove to be useful for avoiding attacks. Since Aiden has three arms, that means he can use them to deal with more than one enemy at once. Sword attacks are mapped to the Y button, while the third arm can be used with the R button and the right analog stick to perform different actions, such as throwing enemies, manipulating the environment, or destroying obstacles on your path. If you’re low on bioenergy, then attacks with your third arm will be weaker.


The X button can be used to counterattack when you time things just right, and this will help you recover some bioenergy. As is the case for sword attacks, counterattacks will hit enemies all around you, which means you can counterattack up to three enemies at once. You’ll also have firearms at your disposal. You can change weapons by pressing right on the D-Pad and can fire them with the ZR button. The L button can be used to launch Aiden’s harpoon to use the environment to traverse through each location. The ZL button is also for the harpoon, but this one will be for using it during combos to attack enemies. Press in on the left analog stick, and you’ll scan the area. For those times when you need to recover some of your last health, you can press down on the D-Pad to use one of your Stimpacks. And to interact with objects or characters, just press up on the D-Pad. 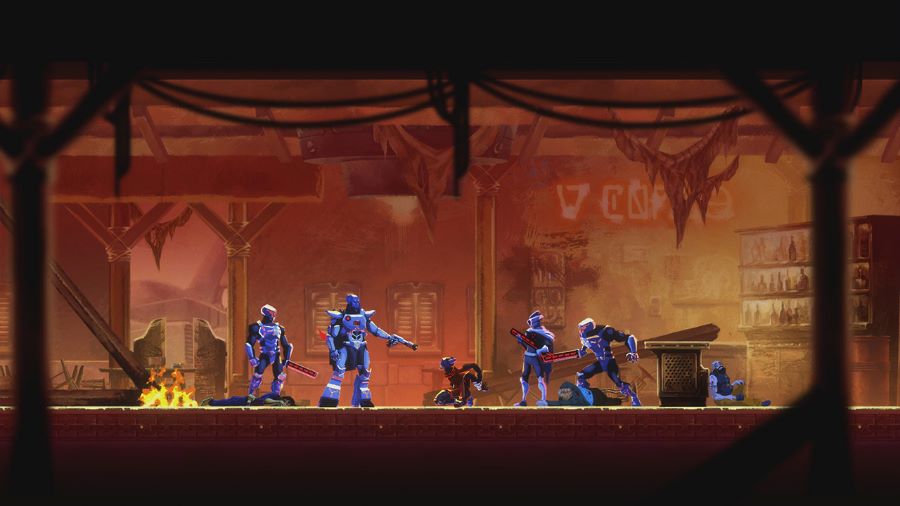 Once I started to play, I got a bit of a Metroid vibe from They Always Run. This makes sense since I was traveling around playing as a bounty hunter in search of the different targets that will make you richer – in money or information. The music also helps to convey the whole futuristic intergalactic vibe. Sure, instead of finding energy tanks to increase your health, you’ll have to collect Cyberheart pieces – and once you find three, your health will increase by 25% – but the Metroid influence can certainly be felt.


As you explore each area in search of your main target, you should use your – improved – scanner to see if any of the regular enemies in your path also have a bounty on their heads. If they do, they’ll be marked. Defeat a marked enemy, and you’ll then be able to interact with them – remember, just press up on the D-Pad – so that the police are notified about your work. They’ll then kindly request that you step away from the criminal so that they can instantly teleport it to jail. It’s unfortunate you don’t have access to this energy so that you don’t have to carry a bounty back to the ship, right? 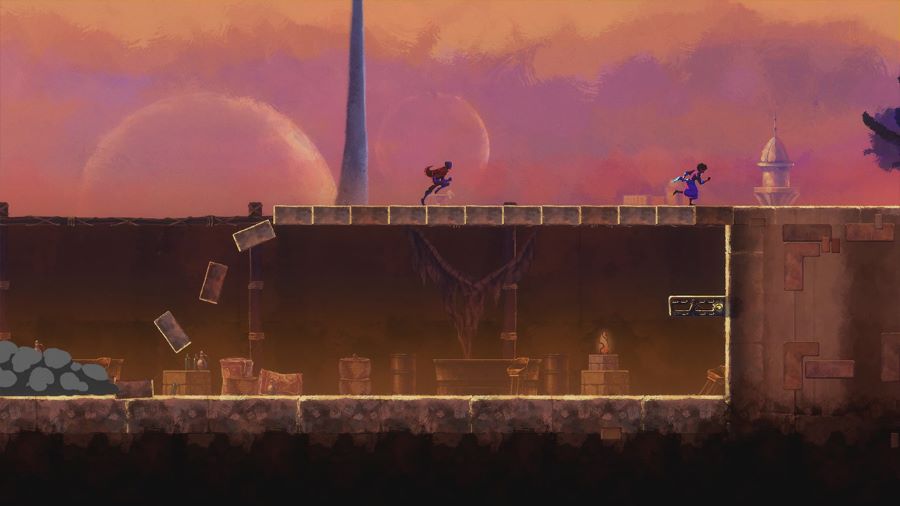 The money you collect from the enemies you defeat and the bounties you hunt down can be used to purchase some upgrades to make your life a lot easier. You can buy a set of guns so that you can shoot at three enemies at the same time – and buy ammo for said guns. Other examples include a magnetic acceleration boost, which will make your bullets pierce through one enemy, a bioenergy cell so that you can store more bioenergy for your third arm, or an aikido boost that will make it possible to knock-back enemies after hitting them with your arm, making them deal damage to one enemy in its path. 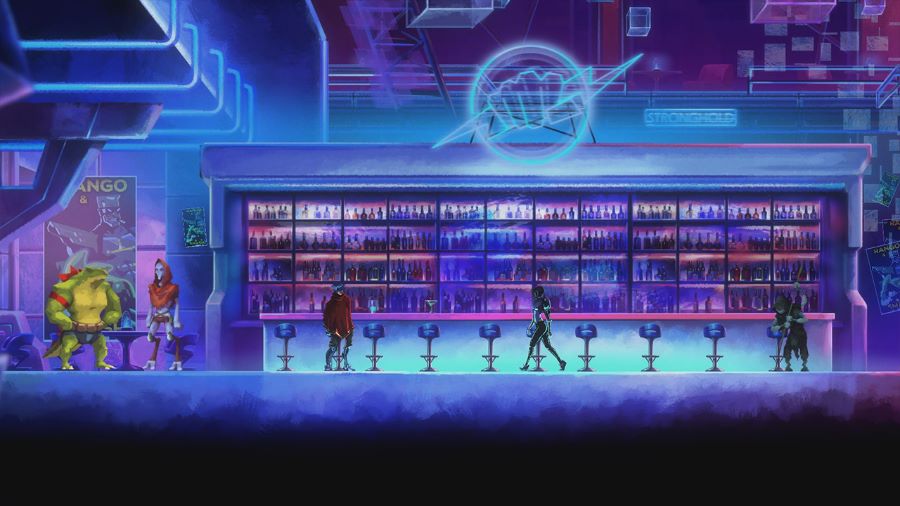 They Always Run is a challenging 2D action platformer in which you’ll take on the role of bounty hunter Aiden. The game has an interesting gameplay loop that balances things out between the action segment and the story segments as you move on to catching your next bounty. The boss battles change up the cycle by slowing things down but worry not because you’ll soon be back on your way running to catch another criminal. You’re looking at around 6-7 hours to complete They Always Run, depending on your skill level and how many times you end up dying. The good news is that you can go back to the last checkpoint to give it another go. They Always Run is out on Nintendo Switch with a $19.99 asking price. 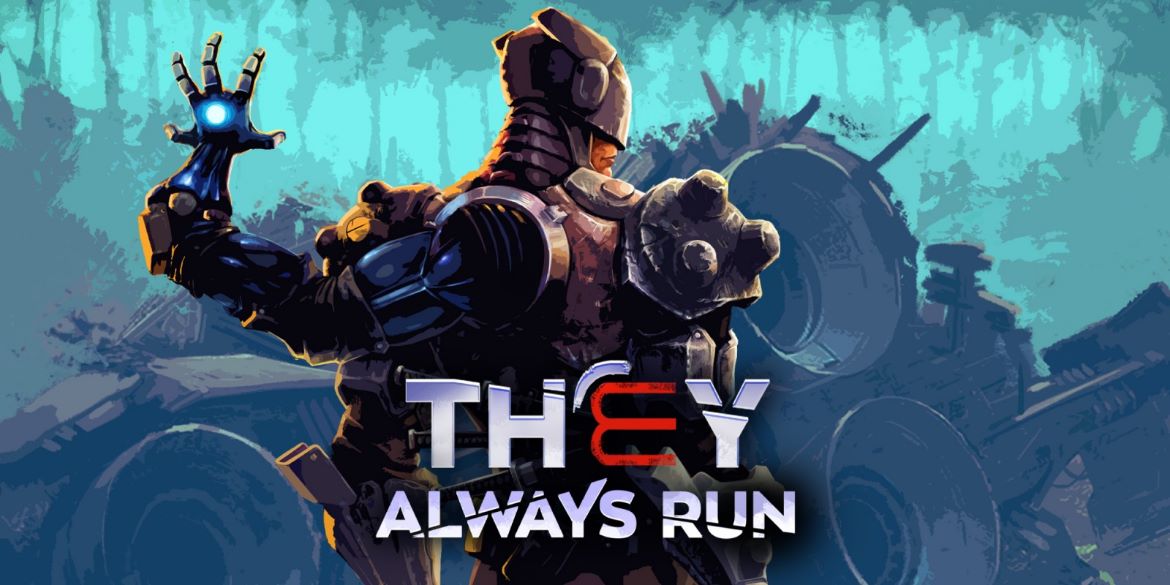 Disclaimer
This They Always Run review is based on a Nintendo Switch copy provided by PID Games.