Seven Pirates H from eastasiasoft, Compile Heart, Idea Factory International, and Felistella is a fan-service infused turn-based RPG on Nintendo Switch. It’s a port of the Japan-only Genkai Tokki: Seven Pirates. Other entries in the series include Monster Monpiece, Moero Chronicle, and Moero Crystal. As the name suggests, this one plays on a pirate-themed experience. You’ll be playing as lead Parute Kairi, who is on a journey to find treasure at the Monsupi Sea with the aid of a magical compass, a perverted creature named Otton – who wears a bra as an eyepatch – and some monster girl companions. The game has an ecchi fan service twist, hence it’s Rated M for Mature label on Nintendo Switch.

As you explore each dungeon in a 3D experience, you’ll move your character around with the left analog stick and control the camera with the right one. You’ll have to follow the directions of the magical compass by moving towards where the pink needed is pointing so that you can find the treasure. Along the way, you’ll run into some harvest points where you can collect resources, event points where something important will happen, as well as find the many enemies you’ll fight in battle.


If you approach an enemy from behind, you’ll start the battle with a preemptive attack advantage. If, on the other hand, an enemy manages to approach you from behind, it will get a surprise attack, instantly putting you at a disadvantage. During battles, you’ll be fighting against the monsters that are out to get you. By making the most of each of your character’s skills and abilities, you’ll focus on defeating enemies by depleting all of their hit points before they get a chance to do the same to you. 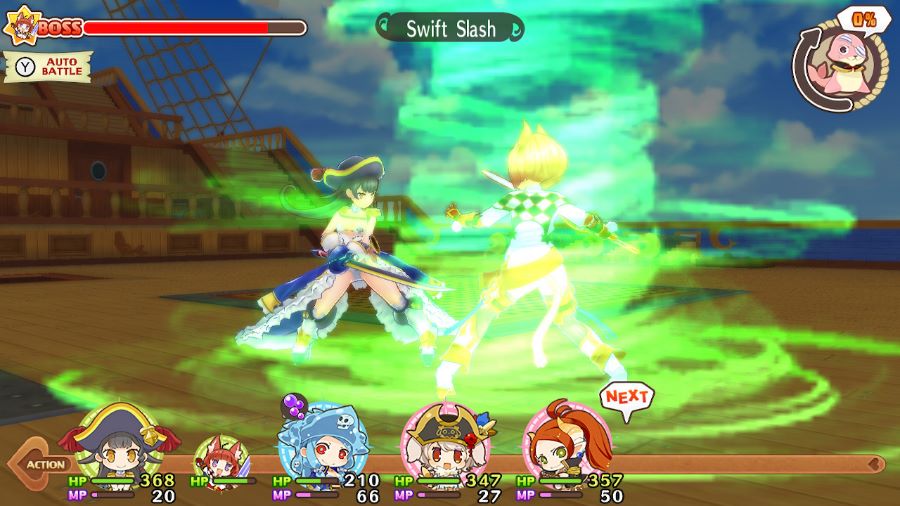 You’ll run into enemies that, while looking the same, will differ in size. The larger an enemy’s size, the stronger it will be, so you should prepare accordingly! During the battle, you’ll be able to select between using a regular attack, activating a skill, using an item, defending against incoming attacks, or trying to make a run for it and flee from battle. If you deal enough additional damage with a regular attack to defeat an enemy, your character will get to perform an extra attack directed at another enemy.


To unleash skills, you’ll have to spend Mura-mura points – a.k.a. MP. When your characters use regular attacks or receive damage, their MP will increase. There’s also the option of using items to boost MP at a faster pace. If your character gains over 100 MP, it will receive a boost to its attack, defense, and agility. If its MP goes over a 200 value, then it will receive an additional boost to its attack, defense, and agility, while also nullifying and removing any status ailments or alterations. During this particular scenario, said character will also gain access to super powerful skills only available during that time. 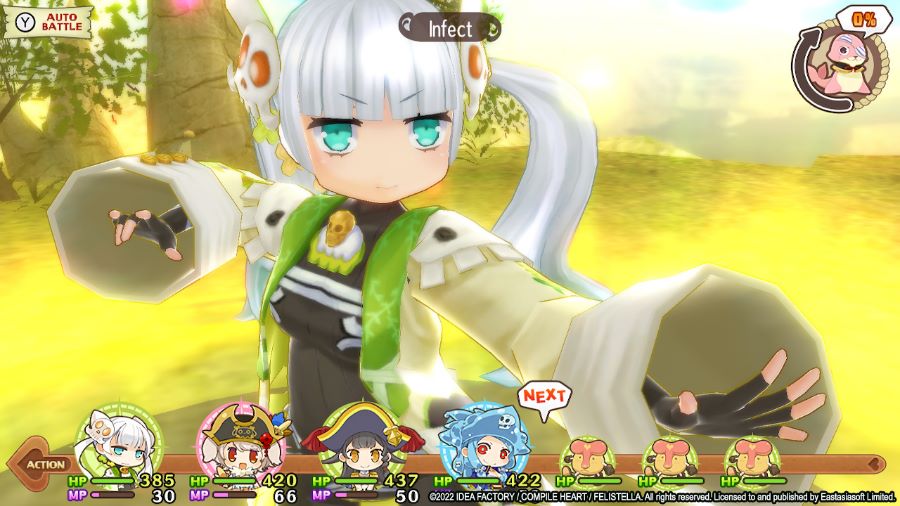 Along with the revealing outfits that the girls wear in the game, there’s another fan service-heavy side to Seven Pirates H on Nintendo Switch: Booby Training. You’ve probably figured out where this is leading, right? As per the game’s description, Booby Training is a method by which a character’s hidden potential can be drawn out by touching and interacting with their bosoms in certain ways. Use a Booby Training Extract, which is created when enough H extract is obtained in battle, and you’ll start the mini-game. By making changes to parameters such as size and softness, you can affect a character’s attack, hit points, defense, and more, as well as unlock new skills.


A larger size affects attack by boosting it, while smaller ones boost agility so that characters can be quick in battle. A higher height will grant a hit points bonus, while a lower one will increase agility. As for perkiness, this one will boost attack when higher while boosting hit points when lower. Cleavage will alter agility and defense. Softness will affect defense and hit points. Firmness will affect attack and defense. This is probably going to be a deal-breaker for some of you out there. 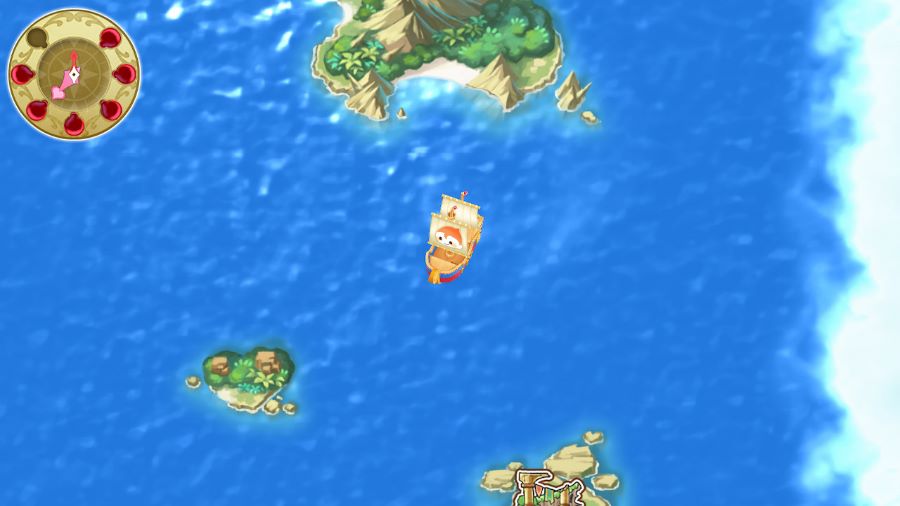 As for the controls during these segments, you can play with the Nintendo Switch Joy-Con or the Nintendo Switch Pro Controllers when playing in Docked, Tabletop, or Portable Mode, and can also use the Nintendo Switch’s touchscreen when playing in Tabletop or Portable Mode, or if playing this one on a Nintendo Switch Lite. The left or right analog sticks can be used to tap, drag or flick, while the L, ZL, R, and ZR buttons can be used to pinch in or out. These actions can be performed by directly tapping on the screen, swiping your finger across the screen in any direction, touching and dragging your finger around the screen, or pinching in or out with two fingers on the touchscreen. Different combinations of these actions will have an effect on the aforementioned parameters.

You can also find Booby Kin on the overworld map by way of events. From the Booby Kin, you can learn where to look for treasure, where you can find special monsters, get quests to vanquish monsters or deliver items – available as mandatory quests for moving the main story along or as bonus sidequests –, craft equipment for your party members from the materials and gold you collect or buy and sell items and equipment. Booby Kin can be very useful for your adventure. They’re split into pirate, merchant, or scholar types. Pirate types can support you in battle. Merchants can increase the number of items and equipment you can buy. Scholars allow you to make rare discoveries. 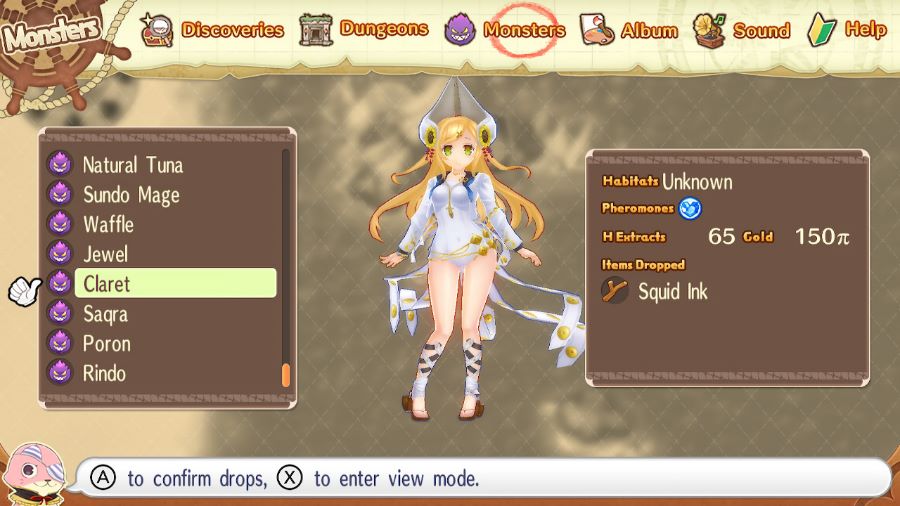 Seven Pirates H is a fan-service infused turn-based RPG that has been ported from the PlayStation Vita to the Nintendo Switch, taking a previously Japan-only release to bring it to the rest of the world. The game leans heavily into the fan service, what with the Booby Training mini-game being crucial for boosting each character’s stats. The game does show its age as well, and the gameplay loop can feel a bit repetitive at times. Seven Pirates H is available on Nintendo Switch with a $39.99 asking price. 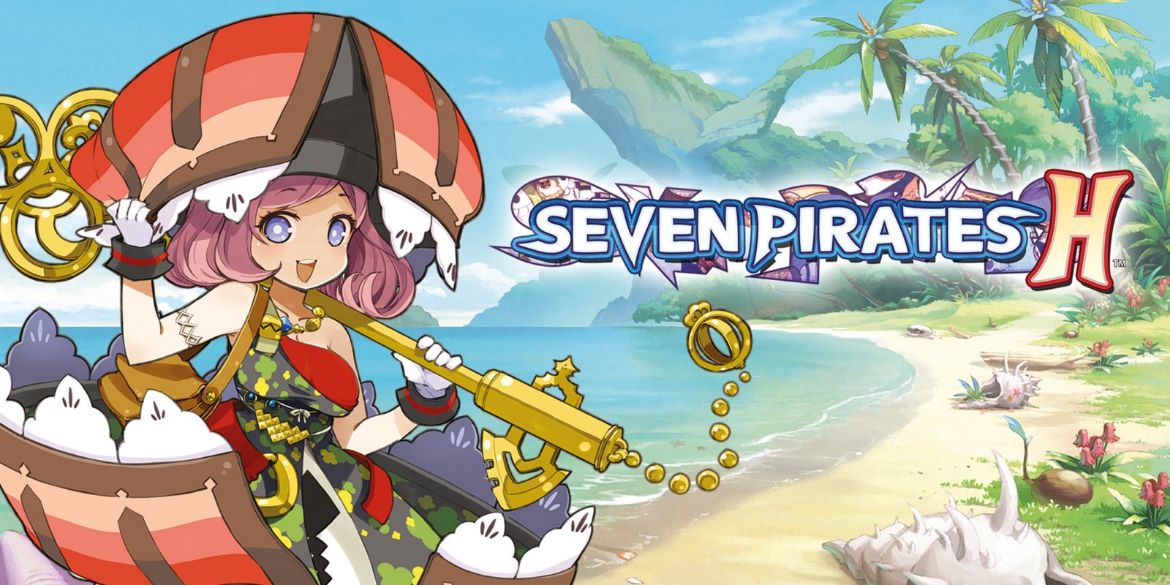 Disclaimer
This Seven Pirates H review is based on a Nintendo Switch copy provided by eastasiasoft.