Minimalist puzzle game Mini Motorways from Dinosaur Polo Club is ready to go on Nintendo Switch. It’s a game about drawing roads in cities around the world so that all of the vehicles can reach their destination. This indie team previously gave us the very fun Mini Metro on Nintendo’s console back in 2018, and now it’s back with a game that also uses a minimalist art style while introducing some fun gameplay mechanics that help to establish a simple but very addictive gameplay loop. Configure the roads in Los Angeles, Beijing, Tokyo, Moscow, Manila, Rio de Janeiro, Mexico City, Chiang Mia, and more! 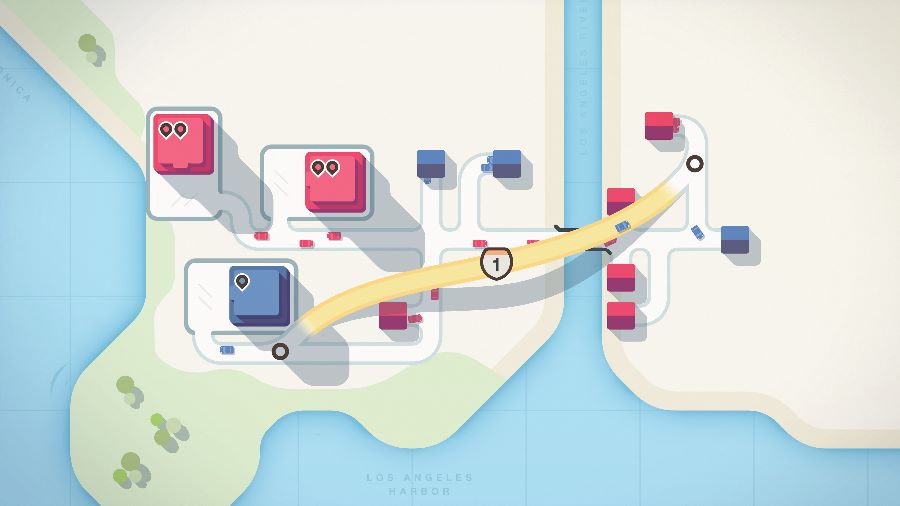 To start playing, you’ll just have to press and hold down the A button as you move the left analog stick around the screen to start building roads. To delete roads, press and hold down the B button and move the cursor over them. The game will get you started by way of a short tutorial that will allow you to connect a pair of buildings with the limited number of road tiles you begin with. Once you do this, you’ll notice a small vehicle starts to drive between them! By having vehicles move from one spot to their destination, you’ll collect pins. The more pins you collect, the higher your score.


You’ll quickly notice that buildings of different colors will start to pop up. These buildings will produce vehicles that match their color, which is the game’s way of telling you that those vehicles will only move between buildings of the same color. This is important because vehicles will stop if there’s another vehicle about to cross an intersection, so you’ll have to maximize each road’s potential by making sure there’s not a lot of overlap so that vehicles can drive in a more efficient manner. Since color is a big part of the experience, Dinosaur Polo Club has included a Colorblind Mode. You also have the option of activating a Night Mode so that the bright white is changed for a darker tone. 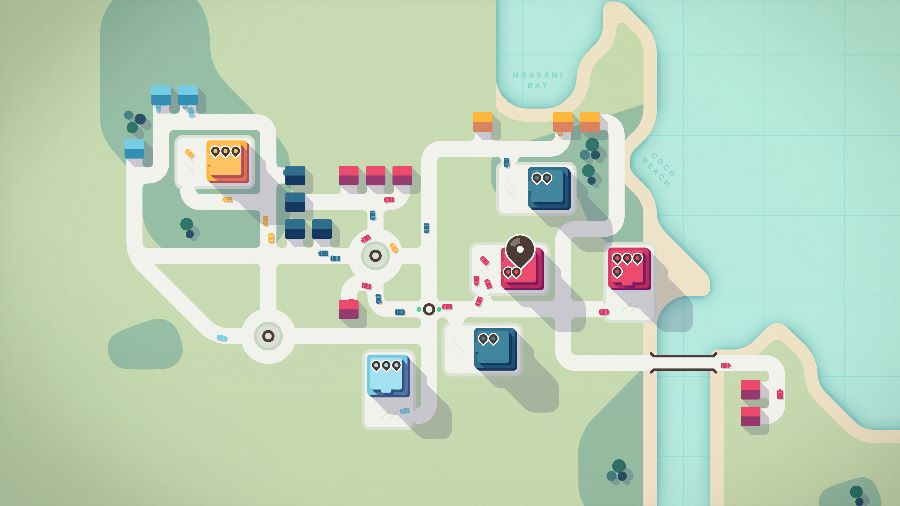 Once the week is over, you’ll be able to select between two sets of upgrades. You could, for example, pick between a set with bridges and extra road tiles or go with a set of traffic lights and road tiles. Bridges can be used to connect buildings that are across the water. Traffic lights can be installed to control traffic once things get a bit too chaotic. Just drag and drop a traffic light onto an intersection to control the flow! Maybe you’d like to pick a motorway and road tiles set. What the motorway will do is create an alternative highway for vehicles to take, which can help you benefit from it depending on where you select its start and end.


How does your run end in Mini Motorways? Well, if you don’t plan things right and there are enough traffic jams, pins won’t be collected at a fast enough pace. If this happens, a timer will show up, and if that timer reaches zero, then it’s game over! This is why you’ll have to balance which sets you select at the end of each week so that you can have enough road tiles to connect buildings to roads as you add traffic lights, bridges, roundabouts, and motorways to keep everything going. 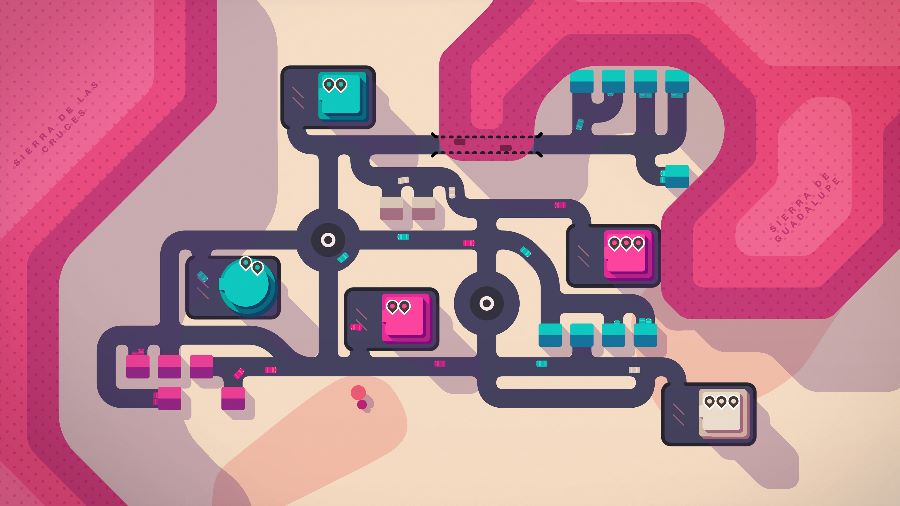 If you need to take a moment to plan your next move, you can use the L button to slow down time or freeze it entirely. But if, on the other hand, you’re confident in your design and want all vehicles to move as fast as possible, press the R button to increase the game’s speed. Oh, and you can also play this one by using the console’s touchscreen when playing in Portable or Tabletop Mode, or if playing on a Nintendo Switch Lite! 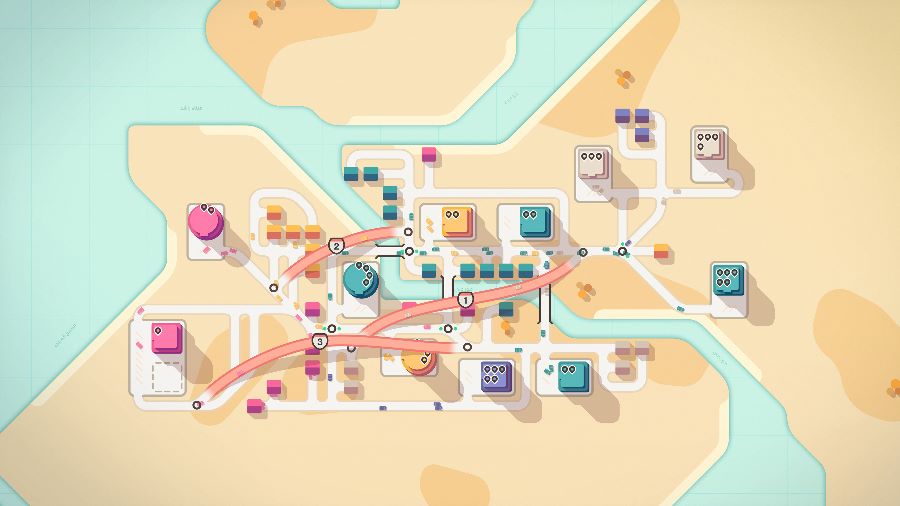 Mini Motorway is an easy-to-understand minimalist game with a very addictive gameplay loop that will keep you coming back for more. You can take on each of the different cities that the game has to offer as you improve your planning skills so that you can then take on the daily and weekly challenges that will have you competing against the performance of gamers from around the world. Mini Motorways is out on Nintendo Switch with a $14.99 asking price. 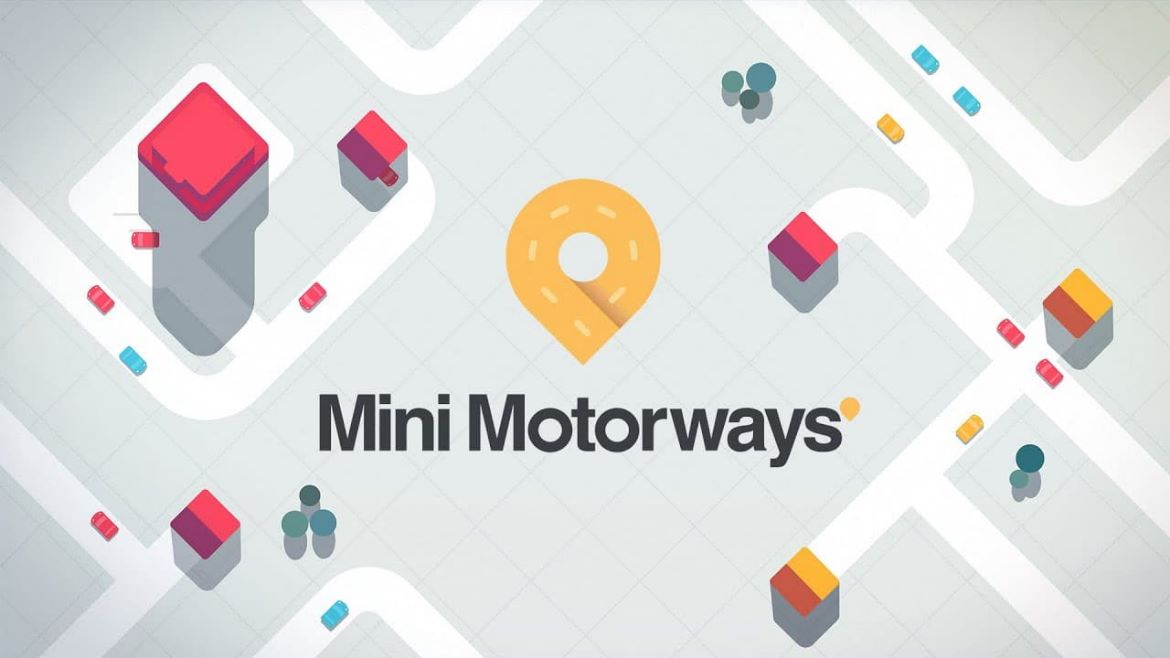 Disclaimer
This Mini Motorways review is based on a Nintendo Switch copy provided by Dinosaur Polo Club.