Party game Lumberhill from All In! Games, 2BIGo, and ARP Games is a hectic multiplayer experience on Nintendo Switch. Learn more in our Lumberhill review!


Party game Lumberhill from All In! Games, 2BIGo, and ARP Games is a hectic multiplayer experience on Nintendo Switch. To give you an idea of what to expect, think Overcooked, but you’re a lumberjack chopping wood and taking care of herding animals from point A to point B – including dinosaurs! Add multiplayer for up to for characters at the same time – locally or online – and you have the makings of a potentially fun all-ages game. Does Lumberhill manage to stick the landing?


You’ll learn the basics during the tutorial segment that plays as soon as you boot up Lumberhill. You’ll move your character with the left analog stick, jumping with the B button to avoid hazards or creatures that can chomp you down. You can press and hold down the ZR button to run, which can also help you clear some gaps with a longer jump. To drop something, press the X button. To drop it close to you, press the ZL and X buttons at the same time. To drop something further away from your character, run for a bit before pressing the X button. 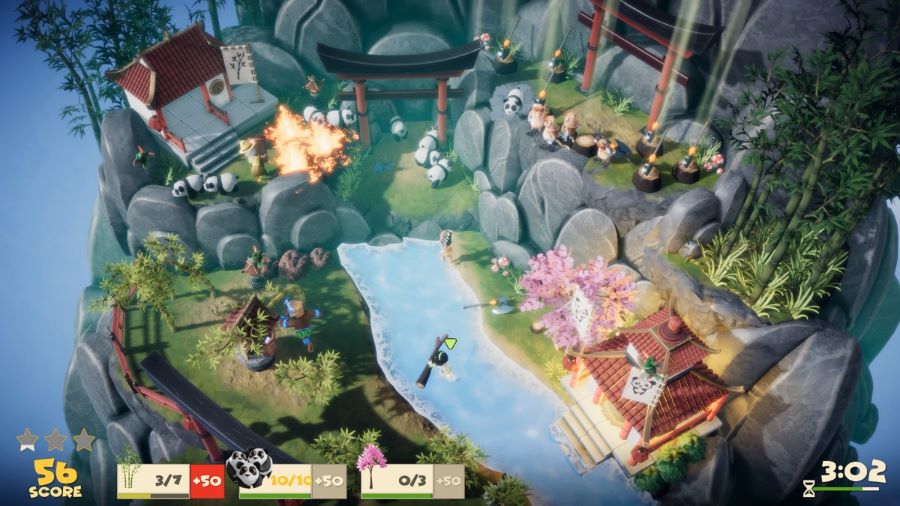 To pick up something, press the A button. This can be used for animals or objects. Since you’ll be playing as a lumberjack, chopping down trees is going to be a big part of the gameplay cycle as you use wood logs to build bridges across gaps, and take the rest down to the saw mill to complete objectives. These objectives will also include herding animals into barns and pens as needed. But before you can chop down a tree, you’re first going to have to pick up an axe to then use the A button to turn trees into wood logs. Every now and then, a fire might break out, you can grab a bucket full of water to then use the bucket


You’ll be playing through each stage on an overall timer, with individual objectives having a timer of their own. Completing objectives before their timer is up will allow you to gain points for your total score, so that you can be rewarded with up to a three-star rating once the level is over. Be sure to pay attention to the objectives at the bottom of the screen so that you don’t end up failing any of them. To get that three-star rating, you’ll always have to be working on multiple objectives as once so that you can have a clear path to victory. 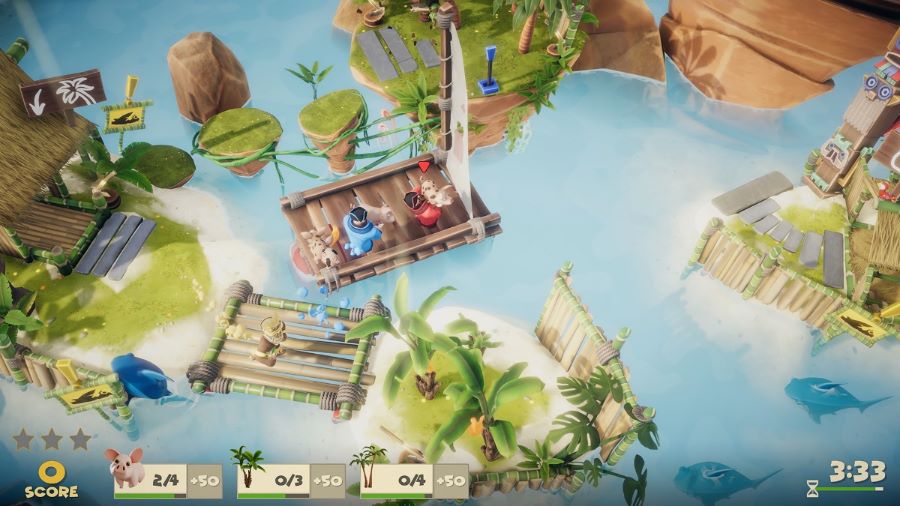 Stars are important, since they will act as the in-game currency of sorts. You’ll use stars to unlock additional levels to play – which will bump up the challenge bit by bit as you progress further and further – as well as to unlock additional characters to use during your time with Lumberhill. There’s also a special axe rating to receive in each level, for which you’ll have to complete an extra miscellaneous objective. These could include, for example, completing a level without allowing any of the timers on objectives to run out, or beating a stage without ever picking up and animal, so if you want to 100% the game, you’ll have to pay attention to these bonus objectives as well! 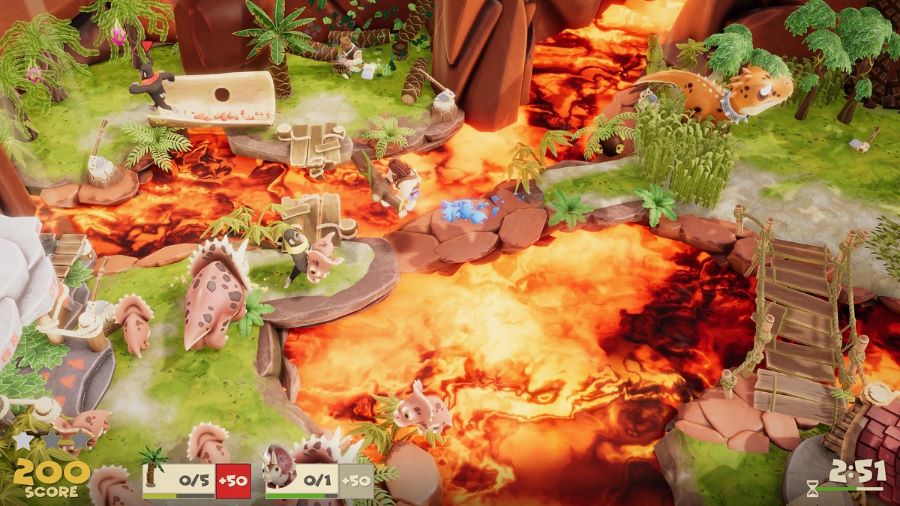 Lumberhill is a fun party game with easy gameplay mechanics and simple objectives to complete as you try to stay boost your score as high as possible before the timer is up. You can take on the game on your own or enjoy it in local or online multiplayer as everybody works towards completing the objectives. There’s also the option of playing on special PVP levels where players are split into blue and red teams to complete against each other. Lumberhill is out on Nintendo Switch with a $14.99 price. 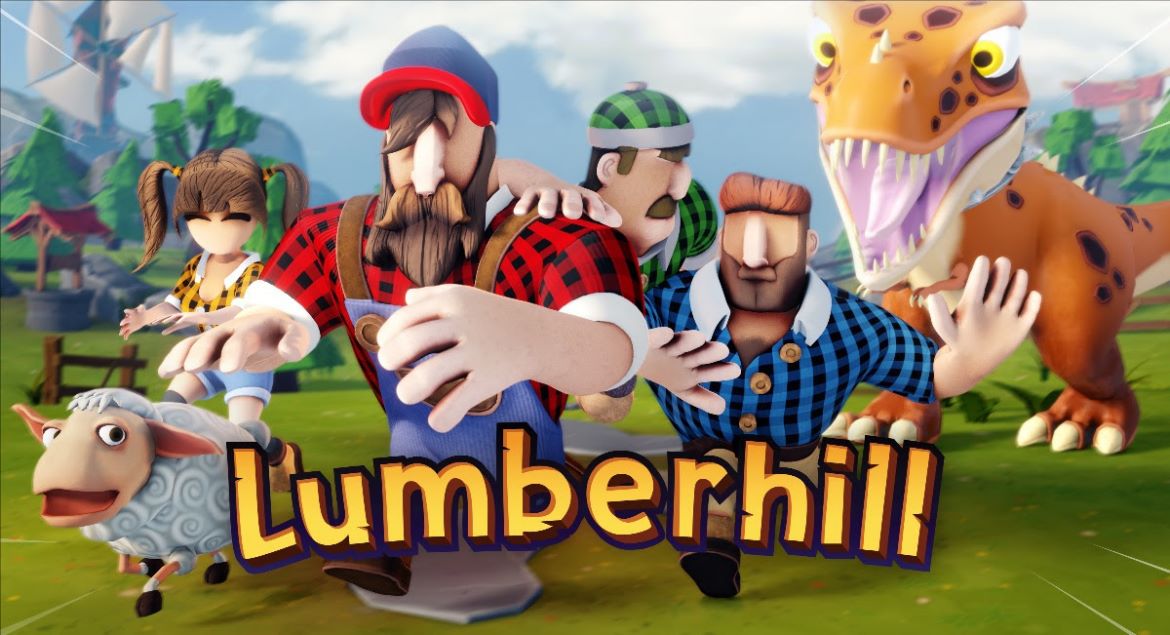 Disclaimer
This Lumberhill review is based on a Nintendo Switch copy provided by All In! Games.

Ravenous Devils Out Now On PS And Nintendo Switch