Gibbon: Beyond the Trees from Broken Rules is a charming 2D platformer that has you playing as the titular ape species. It’s a hand-drawn adventure in which you’ll help a lost gibbon either in the game’s Story Mode – which offers a bite-sized narrative that should take you an hour to complete – or take on its Liberation Mode. Liberation Mode offers a procedurally generated jungle to explore, which greatly increases the game’s replay value. After getting a surprise launch during the latest Indie World Showcase from Nintendo, it’s ready for you to enjoy! 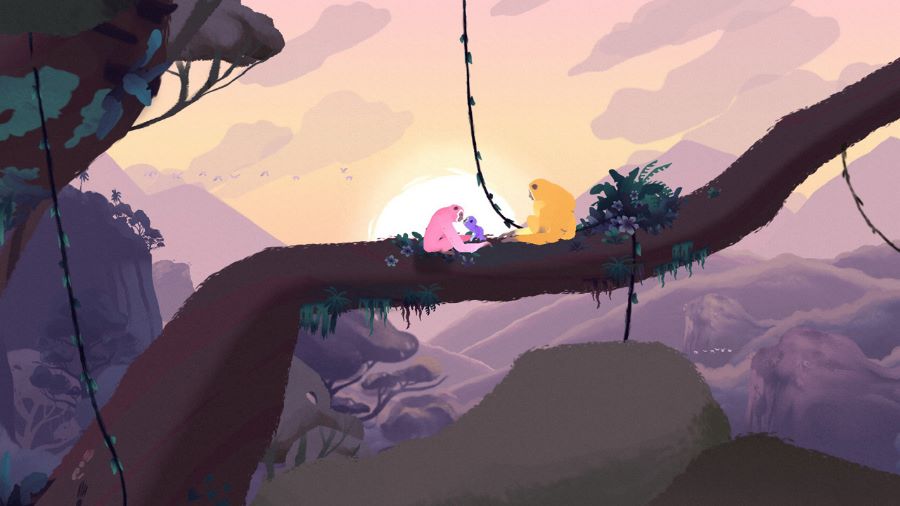 Before you start to play, you’ll get to read a note from the developers that goes as follows:

This game is based on real world issues.

Even though it is set in the gibbon’s natural habitat of Southeast Asia, these issues are interconnected around the globe.

We worked with a team of local residents and experts to ensure that all subject matter is represented respectfully and accurately.

The game places you in the role of gibbon Pink, who is exploring the Southeast Asian jungle alongside Yellow and Lilac – her partner and their daughter. The gameplay is based on brachiation, which is the way that real-life gibbons swing through the trees from branch to branch at high speed with great precision. You’ll be building momentum and taking aim as you somersault from tree to tree alongside your loved ones. Your journey will bring you closer to the world of humans, who every year have moved closer and closer to what used to be the gibbon’s natural habitat. 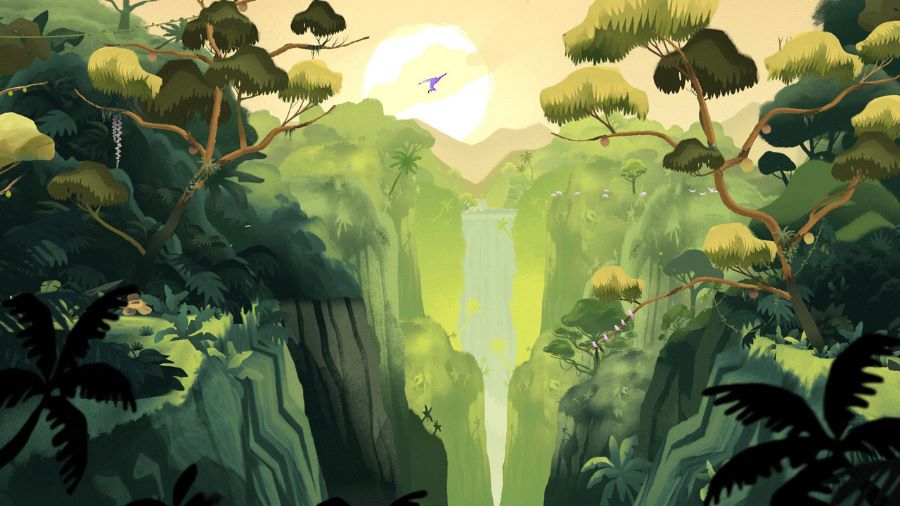 While the game begins as the gibbons swing from tree to tree in lush environments full of color and life, this short adventure will quickly show you what the humans are doing to the gibbons’ habitat for economic gain. Plants will be burnt to the ground, and machines will start to cut down trees and collect them to be sold to the highest bidder. Mind you, the game does not have any story segment – written or voice acted – but it does a great job at letting images do all the talking.


Since the game is an autoscroller platformer, to control your gibbon, you’ll have to press the B, L, or ZL buttons to run or slide as needed as you move through each location. The B, R, and ZR buttons will be used for grabbing onto things, such as tree branches, vines, or onto the hands of the other gibbon that will be joining you on this journey. When you let go of the button you’re pressing, your gibbon will jump. You’ll have to always be on high alert so that you can avoid any obstacles on your path – either natural obstacles or those from the pesky humans that are always destroying things. 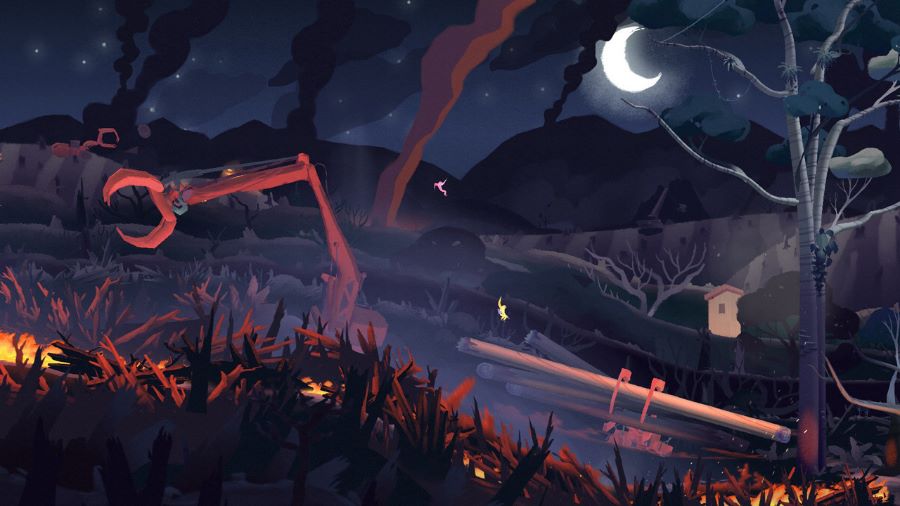 You can also play this one by using the console’s touchscreen when playing in Tabletop or Portable Mode, or when playing the game on a Nintendo Switch Lite console. To do this, just hold one finger anywhere on the screen to swing, hold with two fingers to run, hold with two fingers on a downward-slope to slide, and jump by lifting your fingers. Be sure to check out both control scheme options to find out which one suits you best!

The game is fun to play and a lovely game to look at as you play, but it’s not without its faults. The first thing you’ll run into is a minute-long loading segment as soon as you boot up the game. After this, sometimes while playing the screen will lag for less than a second when things get a bit hectic, as if the game is having trouble keeping up with the scrolling. The last one was a weird bug I had during chapter 8. While playing chapter 8, I kept getting the same 2 minute segment of the level over and over again. At first I figured it was because I had to chase against a helicopter and were too slow to catch up with it… until I saw the helicopter flying in the opposite direction, which made me realize something was up. I closed the game and relaunched it, and then it was fixed and I was able to complete the game. 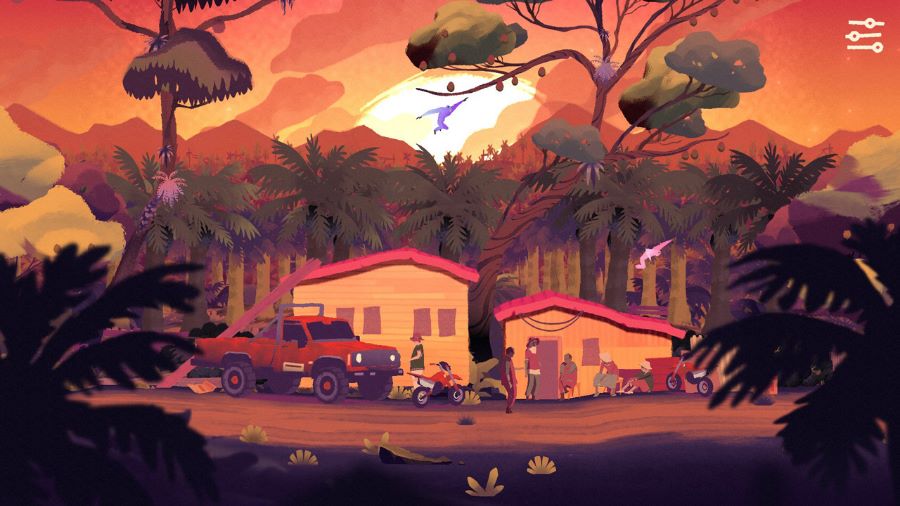 Gibbon: Beyond the Trees is a game with a message. It raises awareness on how gibbons are predated on, with humans destroying their habitats and capturing them for entertainment. Its Story Mode can be completed in an hour, and it also offers a Liberation Mode – in which you’ll play as a grown up Lilac – with procedurally generated levels to explore as you rescue the animals that have been trapped by hunters. It’s all wrapped with a gorgeous hand-drawn presentation that helps to make everything pop. Gibbon: Beyond the Trees is out on Nintendo Switch with a $14.99 asking price, and it’s a must-play on the console. 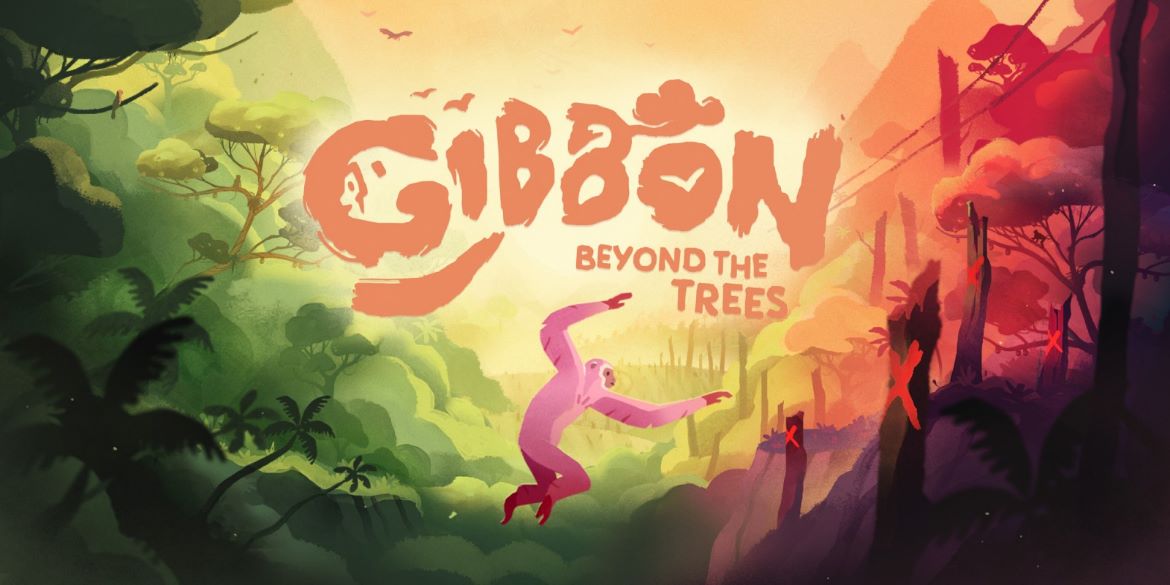 Gibbon: Beyond the Trees Review

Game title : Gibbon: Beyond the Trees

Charming 2D platformer with a message

Disclaimer
This Gibbon: Beyond the Trees review is based on a Nintendo Switch copy provided by Broken Rules.

Remote Life Launches Next Week On PlayStation And Switch