Roguelike tactical tower defense game Defend the Rook from One Up Plus Entertainment and Goblinz Publishing is ready to go on Nintendo Switch. Check our Defend the Rook review!


Roguelike tactical tower defense game Defend the Rook from One Up Plus Entertainment and Goblinz Publishing is ready to go on Nintendo Switch. You’ll be tasked with commanding your units and defenses on a game board to try and protect the land from the invading hordes. Use your heroes and their abilities and boost your defenses to move one step closer to victory! Wave after wave of enemies will try to destroy your efforts, but thanks to the devastating spells you can command, there’s always the option of turning the tide of battle as long as you time things just right. The Queen seeks the aid of the powerful Magister to battle against the evil hordes that are invading the Kingdom. By using the power of the Rook and of figurines that contain the power of the legendary heroes – as well as those for the mighty towers that can target enemies near and far – the Magister will listen to the Queen’s plea. 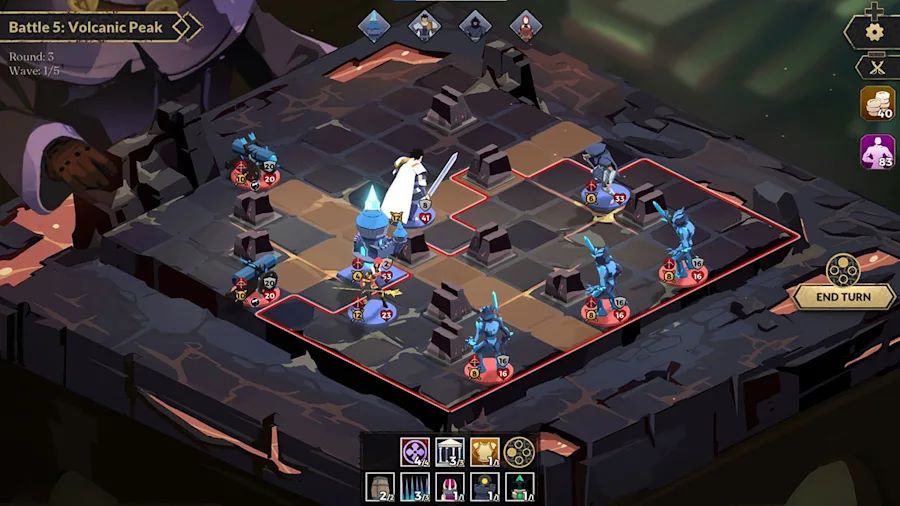 Carefully placing each of your available towers is crucial to your survival. If you don’t plan things and just rush toward your opponents, your heroes will certainly be defeated. And be sure to make good use of barricades and traps as well! The gold you collect is used for improving your towers, as well as the titular Rook you’re tasked with defending – who also happens to be one of the units you’ll control and move around the battlefield. You’ll have to pay attention to how your group is progressing through each wave so that you can use the resources obtained from defeating enemies to upgrade your towers, increase their range, the damage they deal to opponents, or improve other stats or abilities that can be extremely useful when in a jam. 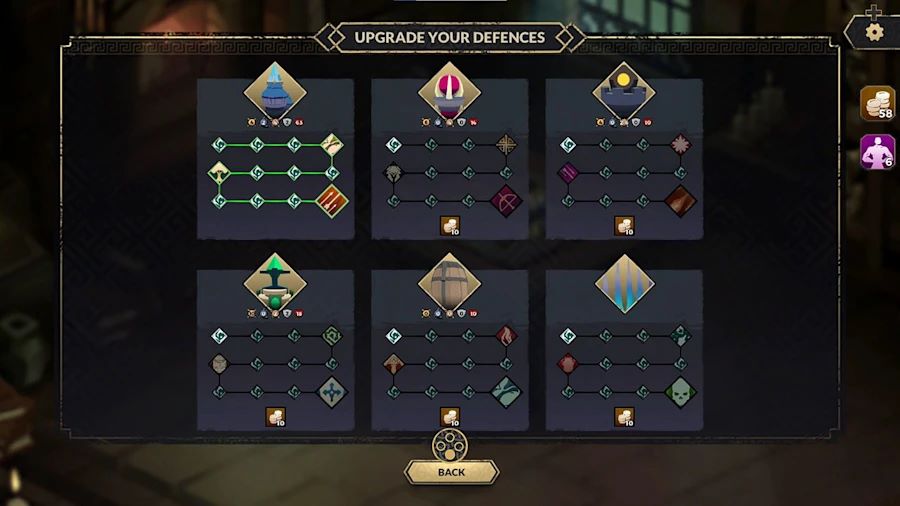 Towers aren’t the only ones that can be upgraded since heroes will also have this benefit. When upgrading a hero, you’ll be able to select between abilities such as, for example, Jarring Thrust, which allows a hero to increase its range by 1 when standing next to a barricade, Heelspring, which increases a hero’s move range by one while lowering its strength by 6 points, while also adding a boost of 2 points to power for each square it moves, or Speed Transfer, so that when a mid-tier spell is cast, the sorcerer gains a boost of 4 points to its movement until the end of the turn. Spells will show up at the hotbar at the bottom of the screen. You must use them when needed while planning for future waves because each spell will have a limited number of uses per battle. 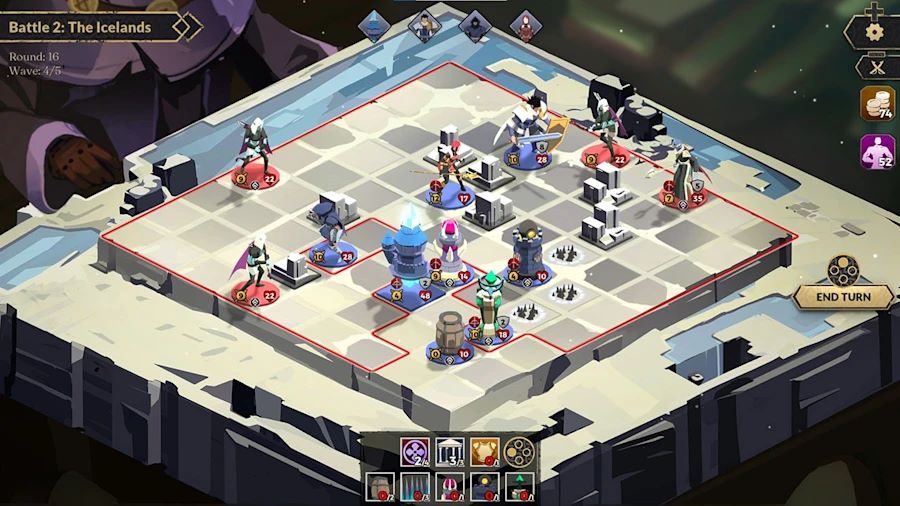 As enemies are defeated, your heroes will also gain experience points. These points can be used to level up heroes as you spend them on each of their skill trees. Depending on which hero you’re leveling up, you could increase a hero’s movement, boost its attack power, armor, max health, or range. There’s also the option of spending experience points to unlock special abilities, such as having a character gain one extra point of range after moving or gaining experience points when it sustains damage.

Because of the game’s roguelike nature, you’re certainly going to end up dying as you take on your first run. Enemies and bosses grow stronger as you progress through each chapter, and no matter how much you level up your heroes and how much you upgrade your towers and the Rook, it won’t be enough. Once you’re defeated you’ll be rewarded with Gemstones based on your progress. These Gemstones can then be used to unlock additional upgrades for your heroes and towers, as well as new traps and new spells that can help you for subsequent runs. Always check what you can unlock with your new set of Gemstones, so that you can keep up with the increasing challenge. Defend the Rook was a nice surprise on Nintendo Switch. Mixing tower defense elements with a roguelike strategy experience was the right call for this one, as you take on randomly generated runs where you’ll try to balance upgrading your towers, your heroes, and the Rook itself to survive the onslaught of enemies and bosses in your future. The whole package makes for a very addictive gameplay experience, which is always what you want from a roguelite journey. Defend the Rook is out on Nintendo Switch with a $16.99 asking price. 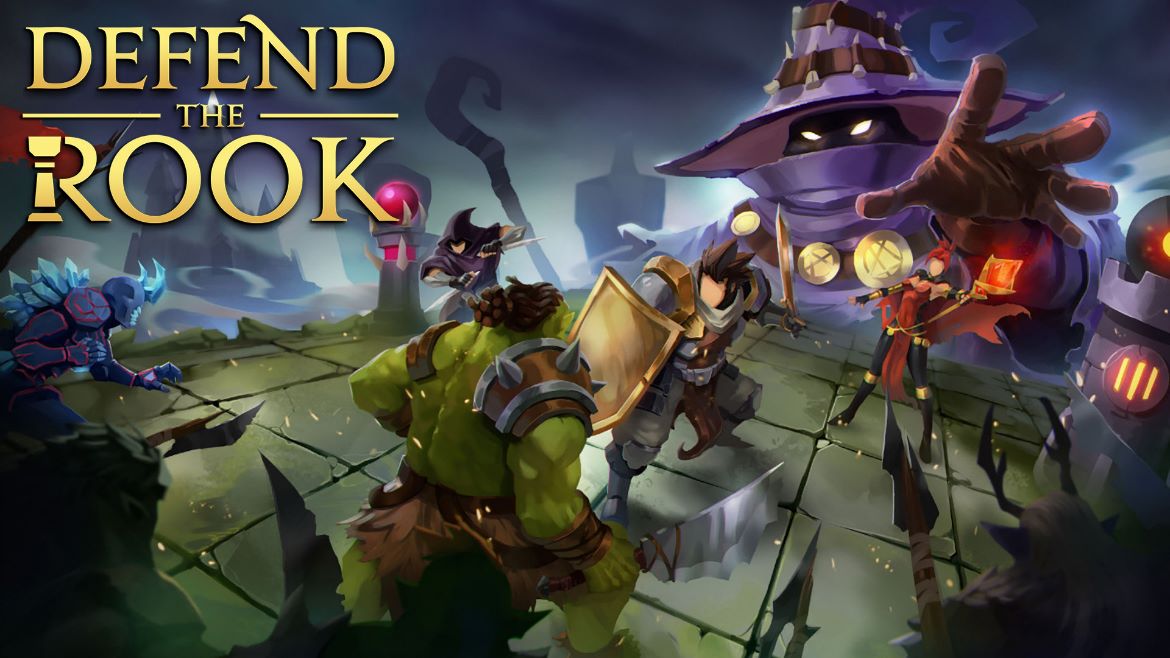 Disclaimer
This Defend the Rook review is based on a Nintendo Switch copy provided by Goblinz Publishing.

Trek to Yomi Out Tomorrow