Boreal Tenebrae from RedDeerGames and Snot Bubbles Productions is a bizarre low-poly adventure in which you’ll explore a town hiding more than meets the eye. Check our Boreal Tenebrae review!


Boreal Tenebrae from RedDeerGames and Snot Bubbles Productions is a bizarre low-poly adventure in which you’ll explore a town hiding more than meets the eye. As you explore the town, you’ll certainly get some original PlayStation-era vibes, with influences from games such as Resident Evil, Silent Hill, and even Final Fantasy VII – I mean, just look at the text on the screen below! The look and the sound effects in menus will also instantly remind you of Final Fantasy VII. The game uses fixed camera angles like the original Resident Evil, and the weirdness is dialed up to 11, as is the case for the Silent Hill series. The game can be played either in the old-school 4:3 aspect ratio in which games were presented back in the day or switch things around to a 16:9 aspect ratio, which won’t affect the cutscenes. 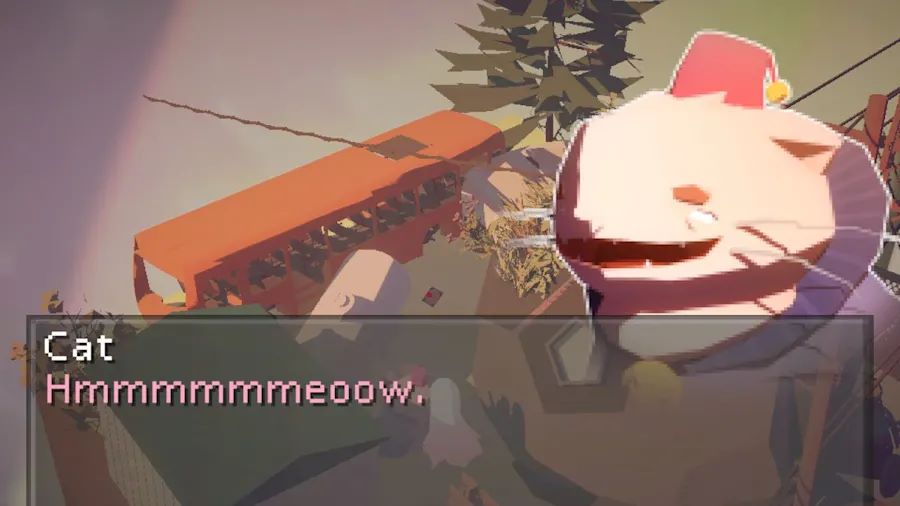 You’ll go through what seems to be a nightmare experience shared by the different characters you’ll play as. Or has the world really taken a turn for the worse? In this Rated M for Mature adventure, a girl named Sarah started a ritual that she didn’t get to finish, and she’s now gone missing. Strange boxes that emit a hypnotic static have appeared around town. Do the boxes have anything to do with Sarah’s disappearance? Why have other people gone missing as well? You’ll have to play this old-school-style adventure to find out!


To control each character, you’ll use the left analog to walk around each area, interacting with objects and other characters by pressing the A button. You can run by pressing and holding down the ZL button. The name for each hotspot and character shows up in the upper part of the screen so that you can know what you’re doing. White ones are the regular hotspots. Hotspots that have a red color can be used to advance the game into a new scene. If a hotspot has a teal color, then that hotspot will produce an item. To see everything that you can interact with on each screen, press the X button. Any items you collect can be viewed in your inventory by pressing the Y button. Items are shared between characters as if each one was an item box in Resident Evil. 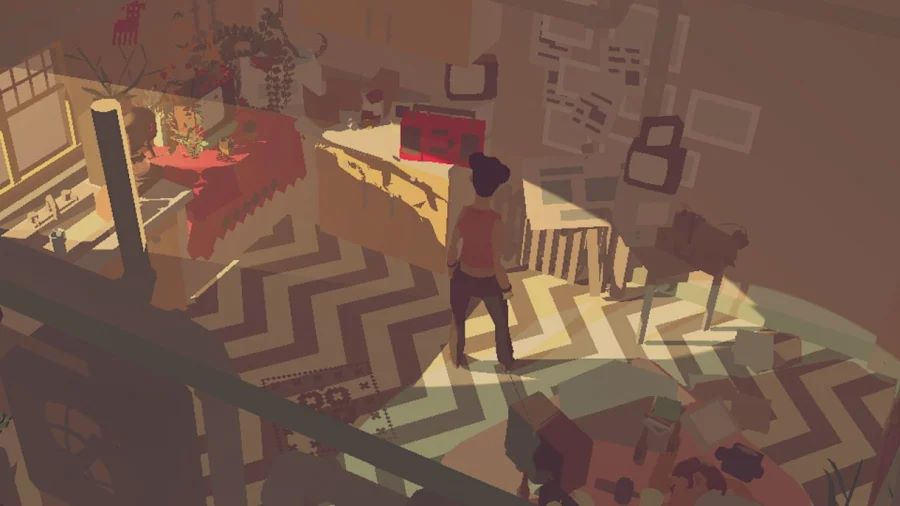 As you explore the town of Dusky Rivers, you’ll learn that Sarah – who happens to be the sister of one of the characters you’ll play as – had become obsessed with TV static, thinking there was something behind it that could lead to something special. It seems Sarah was not crazy since the static swallowed her! This leads her to an alternate version of the town where monsters roam free. The non-linear narrative will either grab you right away, or it will end up alienating you since a lot of information will be thrown at you at all times.


You will find several discs during your adventure. These discs can be used in the combo TV-DVD to travel to different locations. Think of it as a fast-travel option that makes it possible to revisit areas or to travel to new locations you discover by way of each new disc you add to your collection. You will also grab an old mirror that has been in Bree’s family for a while. Looking into it will instantly transport you to Bree’s home so that you can use the information or items found in one area to complete an objective in another one. 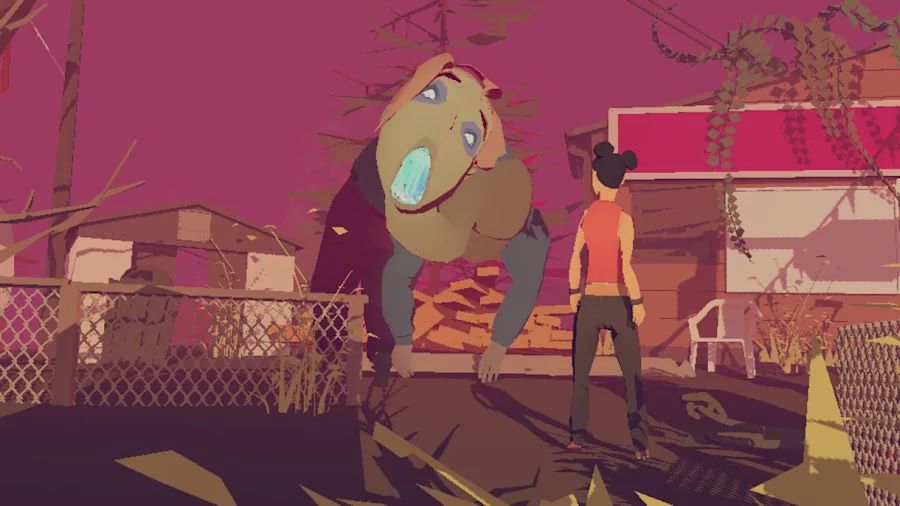 You will receive an old camera from one of the characters you meet on the other side in the alternate, darker version of Dusky Rivers. You can use this fine contraption at specific spots to go into a first-person 3D view so that you can search for red symbols hidden in each area. These symbols are important since they will open the way to memories that can be explored to learn valuable information that can help you progress through the story. Will you be able to find them all to save Sarah?


As for the type of puzzles you’ll have to solve, in classic adventure game fashion, you’ll sometimes have to collect enough items to combine them into something new so that you can solve an issue. As to not spoil things too much, allow me to discuss the first puzzle in the game. Bree wants to get close to one of the mysterious blocks that has popped up in the town near the gas station. Unfortunately, Wolf Cop is not going to let that happen. If you search around the gas station, you can find an empty bottle, an old rag, gasoline, and a lighter. Since you need to create a distraction for Wolf Cop, you can probably see where this is going. 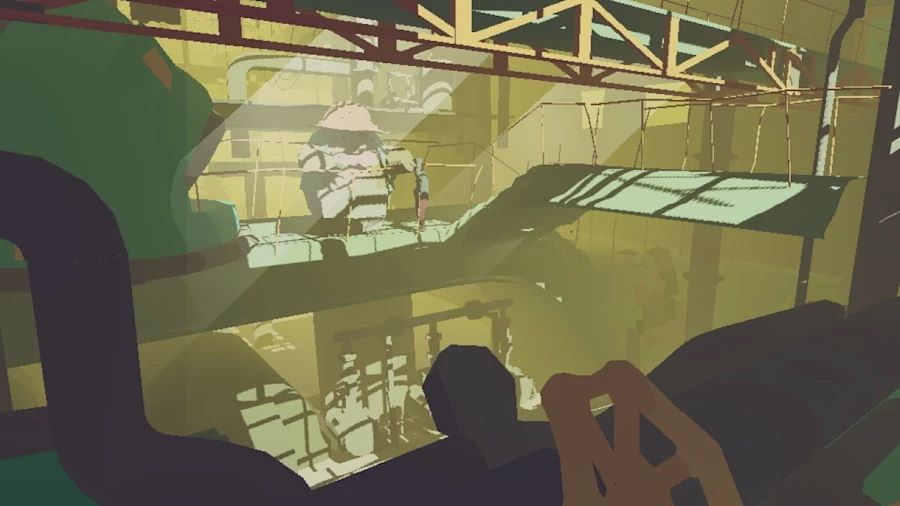 Boreal Tenebrae is a surreal adventure game experience on Nintendo Switch that you’re either going to love or hate. It pays homage to the era of the original PlayStation console and games such as Silent Hill, Resident Evil, and Final Fantasy VII. You’re looking at around 3-4 hours to complete Boreal Tenebrae, adding an extra hour on top of you end up missing the next hotspot – or two – to activate to move to an area containing a disc you can use to visit a new location. Boreal Tenebrae is out on Nintendo Switch at a $6.99 price. 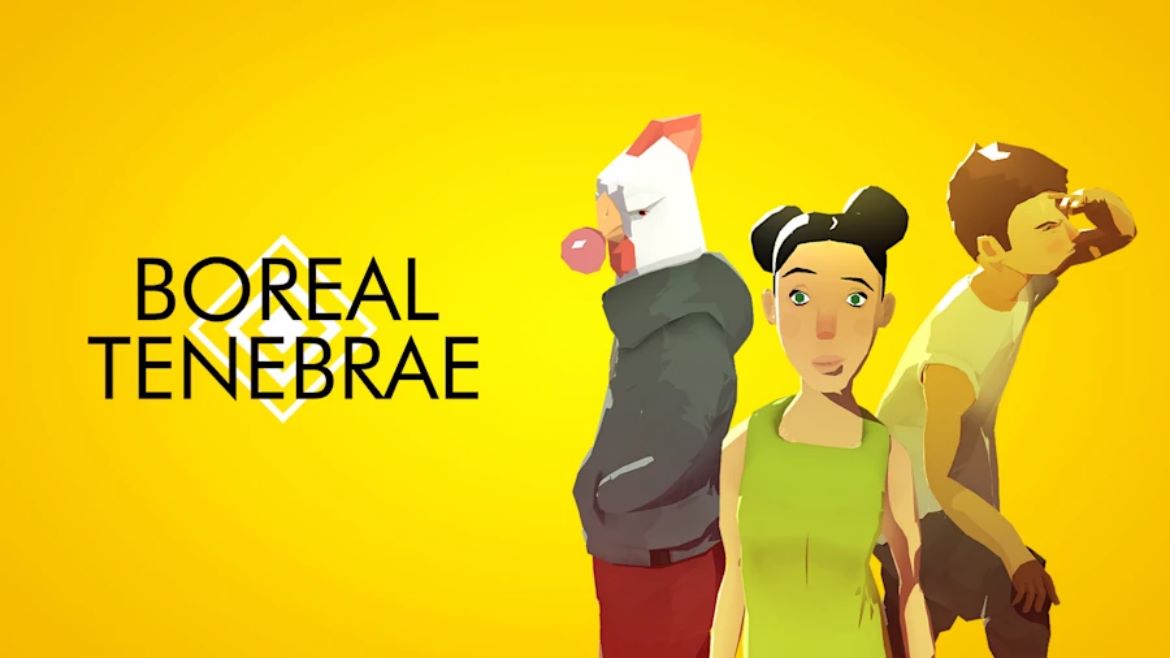 A surreal adventure on Nintendo Switch

Disclaimer
This Boreal Tenebrae review is based on a Nintendo Switch copy provided by RedDeerGames.

SpellForce III Reforced Out Next Month