As Far As The Eye from Unexpected and Goblinz Publishing is a turn-based resource management game in which the wind guides a tribe to the center of the world. Check our As Far As The Eye review!


As Far As The Eye from Unexpected and Goblinz Publishing is a turn-based resource management game in which the wind guides a tribe to the center of the world. Your role in this tale? You’re the Sigh, the wind that will guide the Pupils toward their destination! Pupils are curious beings that live in harmony with nature. Pupils will form tribes and settle in little villages during their journey. You will need to guide them as fast as possible so that you can help them avoid the waves that will destroy everything. 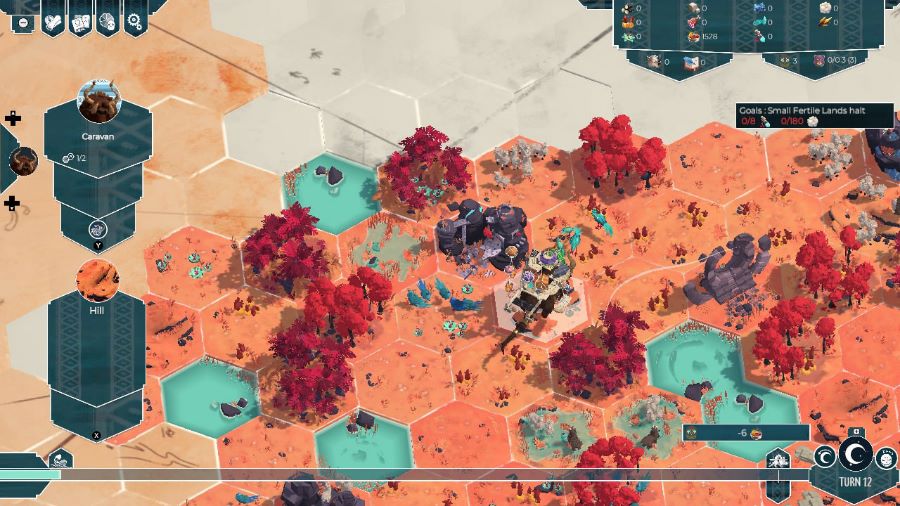 Being fast is not the only thing you’ll have to worry about since, as mentioned before, this is a turn-based resource management game. That means you’ll need to find the resources needed not only to survive but also to complete the objectives you’ll find along the way. These include, for example, fixing a collapsed bridge. To do this, you’ll have to collect some wood and some ore so that Oku – the first Pupil you’ll interact with – can survive by reaching the Eye at the center of the world. The game’s Campaign is split into five chapters (Oku the Vigilant, Linked by Destiny, The Shapeshifters, The Greatest Pie in the World, and The Horned Chimera)


During the first chapter of As Far as the Eye, the game will give you a tutorial so that you can learn all of the basics. You can move the camera with the right analog stick, changing its angle with the L and R buttons, zooming in and out with the ZL and ZR buttons. At the bottom of the screen, there will be a bar that will represent the time it will take for events to take place and for the water to arrive. The wave will move closer and closer with each turn. The + button will be used for ending a turn so that actions can take place. 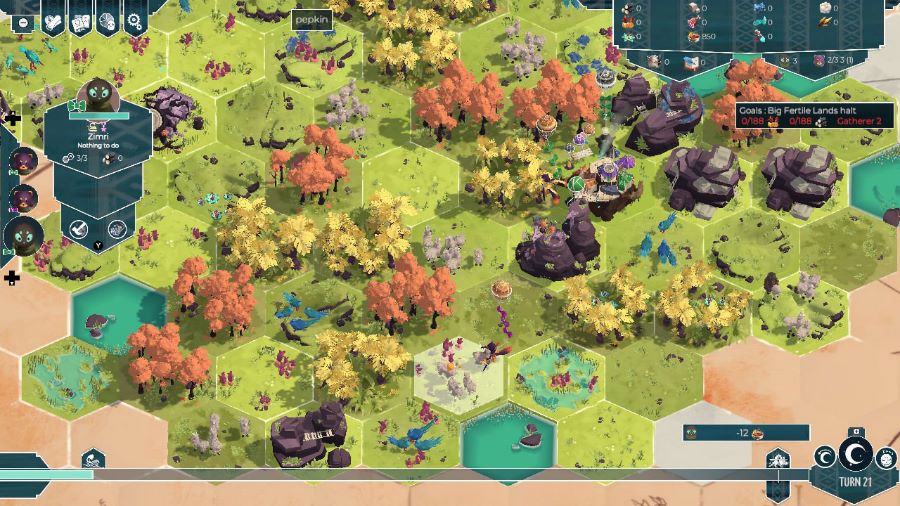 For Pupils to move, they’ll have to spend their Movement Points (MV). Each terrain will have different MV costs, so be sure to review each hexagon! Plains are easy to traverse and will only require a single MV, but mountains are deadly terrain that will take 4 MV to overcome. You’ll also have to consider how many MV they have for each turn so that they can reach the Caravan to stockpile any resources they’re carrying as fast as possible. Resources can’t be used until they’re in the stockpile!


Subsequent chapters in the game will have you using resources to construct buildings that can then be used to harvest more resources for your cause. You’ll also need to find food for your Pupils. Once you’ve gathered enough resources to move onward to the next location, you’ll first need to check your stockpile and your storage so that you can move as many items as possible from one to the other. You’ll do this by moving resources onto your storage based on how many spots they take and what shape represents them so that you can make the most of your space. 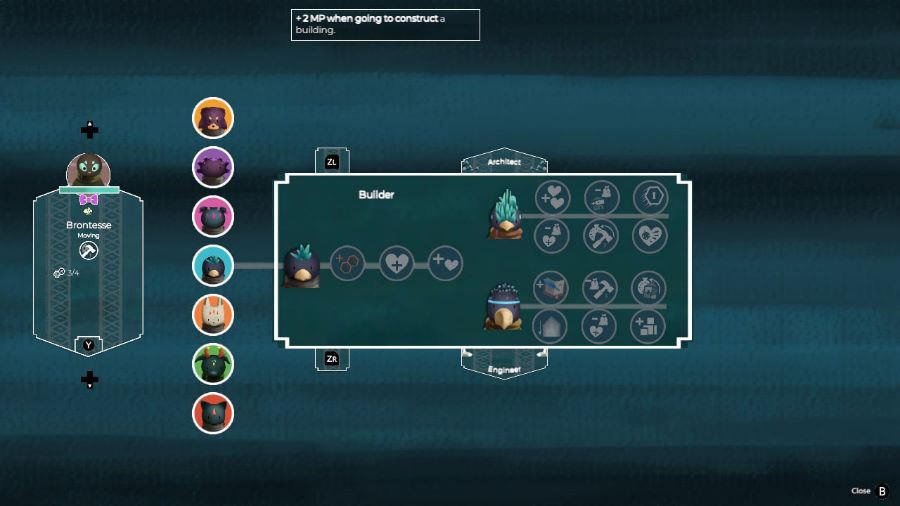 The game’s art style and premise are what drew me to the game, but it’s unfortunate that the gameplay is hurt by the game’s UI and controls. The game was clearly designed to be played with a mouse and keyboard, which is why the UI exists in its current state, and why some of the controls don’t make sense. For example, for building a quarry, you have to select a Pupil by pressing down on the D-Pad, press the Y button to go into its building menu, then select the building and press the X button to build it… except this brings up a cursor on the current location, which you need to move to where you’ll build the quarry, and then confirm with the A button. All of this could have been done with the A button.


On top of this, there’s another issue that is more and more common for new video games released on consoles: the tiny font. When playing games on a PC, you’re sitting very close to a monitor, so you can easily read the text. But when you’re gaming on a console, you’re sitting far from the TV, or playing a game in Portable or Tabletop Mode on Nintendo Switch, which makes it harder to read most of the text in the game, especially since the resolution is a bit frizzy on Docked, Portable, and Tabletop Modes. 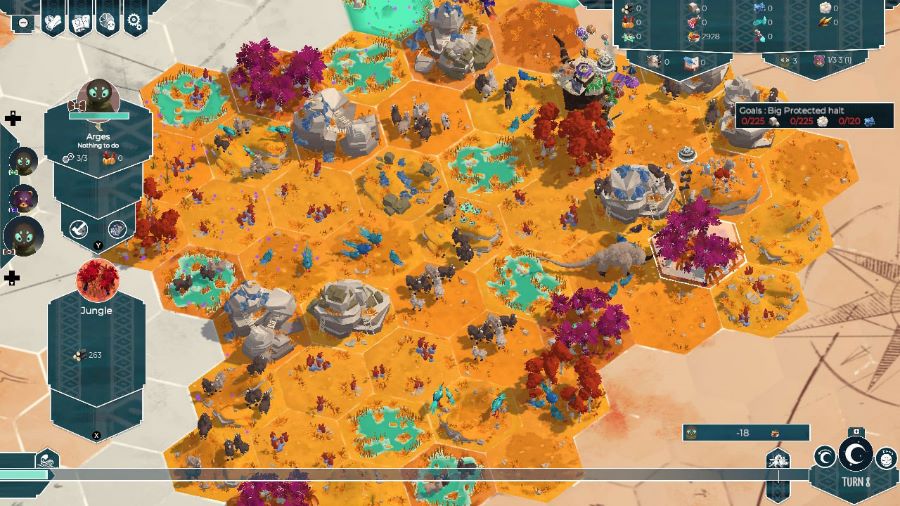 As Far As The Eye had a lot of premise. Its charming art style and interesting premise drew me in, but the game’s low resolution, tiny text, low framerate, weird UI, and controls that don’t make sense ended up getting in the way. At launch, the game would crash for unknown reasons, but at least that was already patched. Hopefully the team at Unexpected can work on another patch to improve on these issues because underneath it all, there’s a game that deserves better. As Far As the Eye is out on Nintendo Switch with a $24.99 asking price. 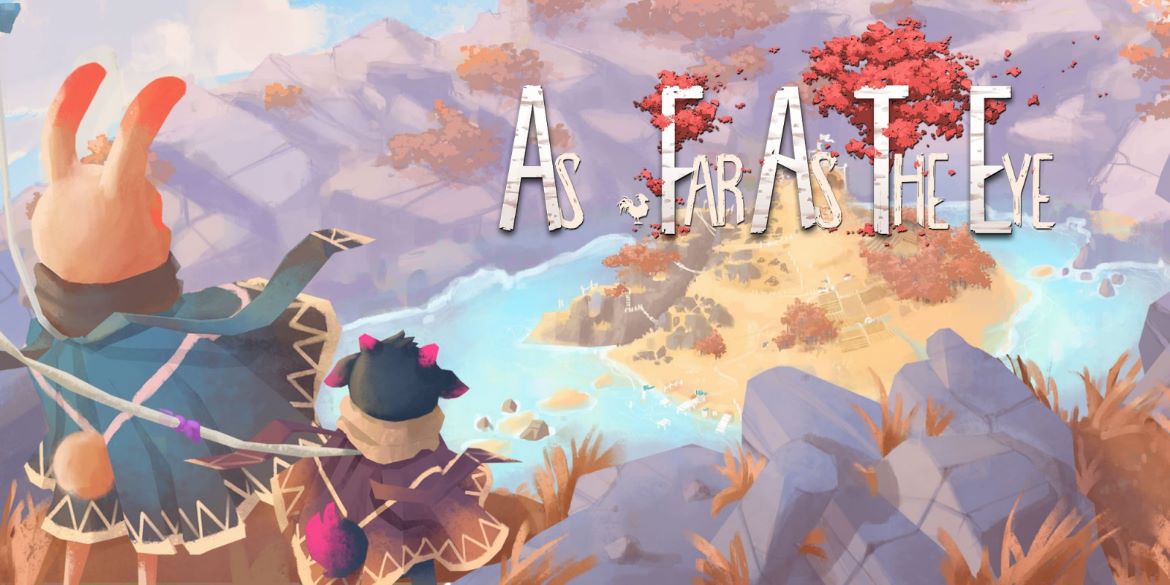 As Far As The Eye Review

Game title : As Far As The Eye

Disclaimer
This As Far As The Eye review is based on a Nintendo Switch copy provided by Goblinz Publishing.