We had a lot of fun with Gotta Protectors: Cart of Darkness, so we got in touch with 8-4 to talk a bit about the project. Come check it out!

PS4Blog: Good morning! Thank you for joining us. Can you please help us get this one started by telling our readers a bit about yourself and your work?

Good morning yourself! We’re 8-4, a company based in Tokyo that primarily localizes titles from Japanese to English and vice-versa. We’ve worked on lots of franchises you’ve probably heard of, like Fire Emblem, Monster Hunter, Metal Gear, Castlevania, the NieR games, and of course, Petz Hamsterz Bunch. We also publish games on occasion, and our next such title is Gotta Protectors: Cart of Darkness for Nintendo Switch – which we also happened to localize!

On the surface, It’s an obvious love letter to retro games, with gorgeous old-school pixel art and incredible chiptune music courtesy of legendary composer Yuzo Koshiro. But dig a little deeper, and you’ll also find an immensely satisfying hybrid of action-packed multiplayer brawler mixed with tower defense sim… except the tower is a princess on a castle, and the castle is on wheels. I guess it’s a bit complicated, huh? But it’s really fun! And funny, too. We get a lot of positive comments about the writing in the Gotta Protectors games, and Cart of Darkness has been no different! 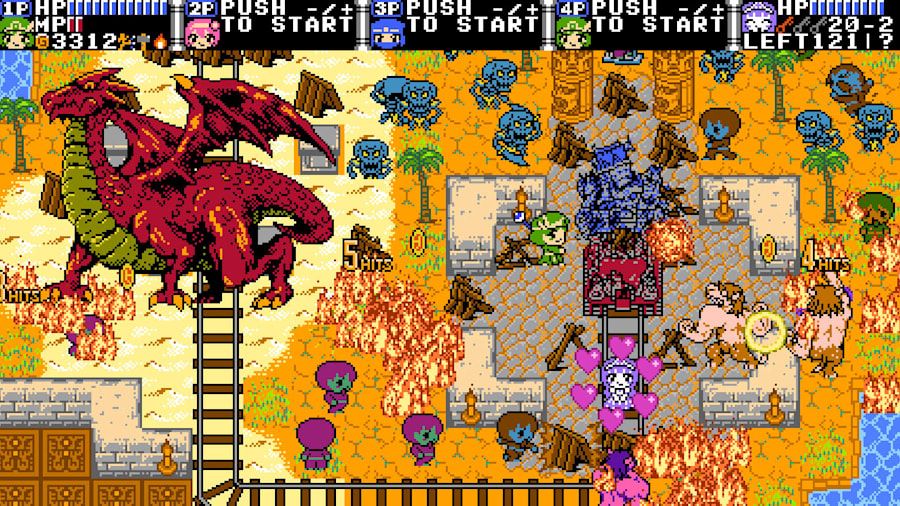 PS4B: What are some differences between the Nintendo 3DS version and this new Nintendo Switch version?

For one, the Switch version has four-player multiplayer play, both local (wireless or couch co-op) and over the internet. The solo experience is already a ton of fun, but playing with friends is an absolute blast, and we can’t recommend it enough. Gameplay-wise, there are lots of changes and improvements. One of the biggest ones is that the princess now moves around the map on a rolling castle! Which opens up new types of puzzles and gameplay possibilities and fundamentally changes how you approach each stage. Another new feature is the tag-out system; before each mission, you can choose a team of three Gotta Protectors, each with unique and customizable skillsets, and at any time during play, you can press L+R to tag out and switch to a different character, which really diversifies the combat.

You can also equip secret game carts on your characters to give them stat boosts and special perks. There are over 900 of these carts hidden throughout the game, and each one is a send-up of an actual old-school NES game – in fact, there’s one for every NES game ever released in North America, plus some unlicensed and unreleased titles, too. Anyone with even a smidgeon of love for the NES is gonna have the most bodacious time ever seeking these out! Er, sorry, slipped into 1980s character there for a sec. 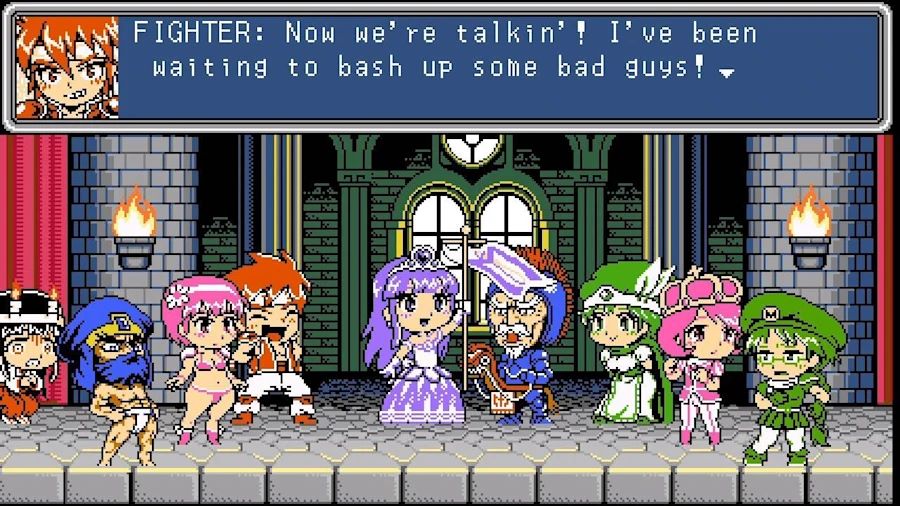 PS4B: The previous game on the Nintendo 3DS had an awesome piece of DLC by way of the FM Pack. What are the DLC plans for Gotta Protectors: Cart of Darkness?

Ancient went overboard in the best way this time. The last game did indeed have the FM Sound Pack, but this time there are seven different sound chips spread across four DLC packs. Each of these sound chips allows you to change the entire soundtrack into the style of a separate piece of classic gaming hardware; from mainstream consoles like the Genesis and Super NES to lesser-known Japanese classics like the Famicom Disk System and WonderSwan, there’s something for everyone—or everyone who loves retro game music, anyway! And every DLC pack comes with a new story with 20 additional stages, plus new skills for two Gotta Protectors per pack. There’s a lot on offer this time, and we tried to make them as accessible as possible, price-wise, so we hope people will check them out! 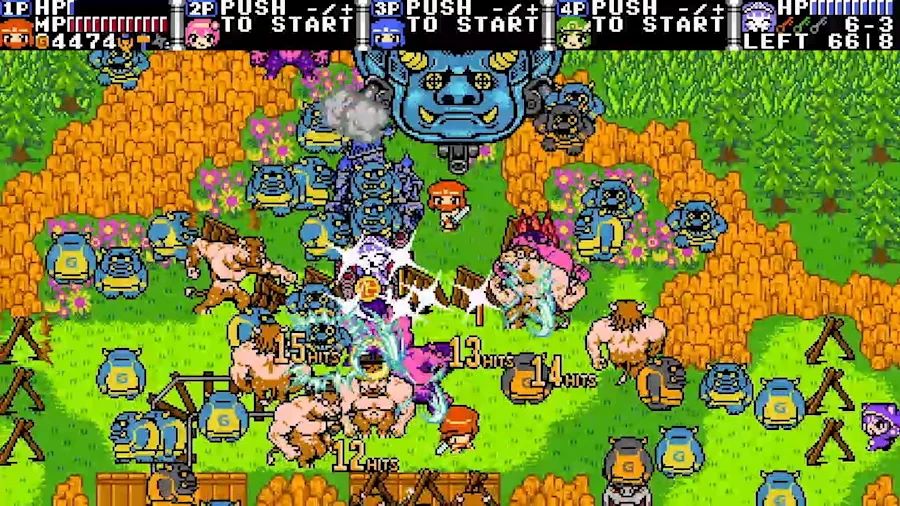 PS4B: The game is also getting physical, thanks to a partnership with Limited Run Games. What are the different versions that will be up for pre-order? What will each one include?

There’s a standard physical edition, a collector’s edition with a bunch of cool extras and an amazing box (we really love the packaging!), and a physical NES cartridge release for Amazon’s Training Road, an NES game that the programmer of Gotta Protectors made as a hobby project. For more info on the physical versions, you can check out the Limited Run Games website. And yes, all the DLC is included in the physical Switch releases! 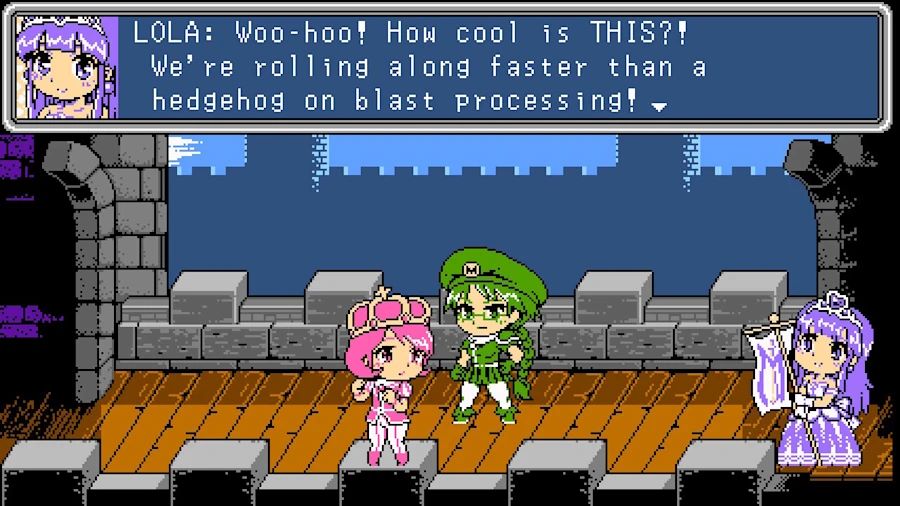 Gotta Protectors on 3DS is what we used to call a sleeper hit – those who knew about it and played it loved it, but lots of people completely missed it on account of it only releasing as a digital 3DS game in a couple of markets. But we saw and appreciated every single one of you who spread the word and shared the love, so to speak, and we wanted to give back as much as we could with Cart of Darkness. It really is a labor of love in every way imaginable, and now that it’s on Switch and releasing in every territory under the sun, we hope we can share that love with as many players as possible! If you do play it, please tell us what you think (or just say hi!) over at the game’s Twitter account.

Thanks for taking the time to talk to us, and see you in Magicadia!