This is a double review for Wordbreaker by POWGI. Ceidz and ThaRaven403 played the game, and this review presents what they both had to say.


Wordbreaker is a code-breaking puzzle using letters inspired by Mastermind, Lingo, and – of course, more recently – Wordle. Wordbreaker by POWGI has 120 puzzles to solve, with 120 of our trademark bad jokes as a “reward” for solving them.

It’s time for a new word game, so let’s dive into Wordbreaker by POWGI from Lightwood Games! Each of the 120 puzzles that Wordbreaker offers starts the same way. You have five blank spots on the left, and a grid for the alphabet on the right. Your goal is to find the puzzle’s word, which is composed of five different letters (no letter repeats itself in a single word). Upon trying a word, the letters will be displayed with a variation depending on a few things. If the letter is not part of the word, it will be in its regular color. If it’s part of the word and in the right spot, the whole background will change color. But if it’s part of the word but in the wrong place, only its border will be highlighted in the same color. This will also reflect in the alphabet tiles on the right so that you see at a glance which letter you tried and which are part of the word. 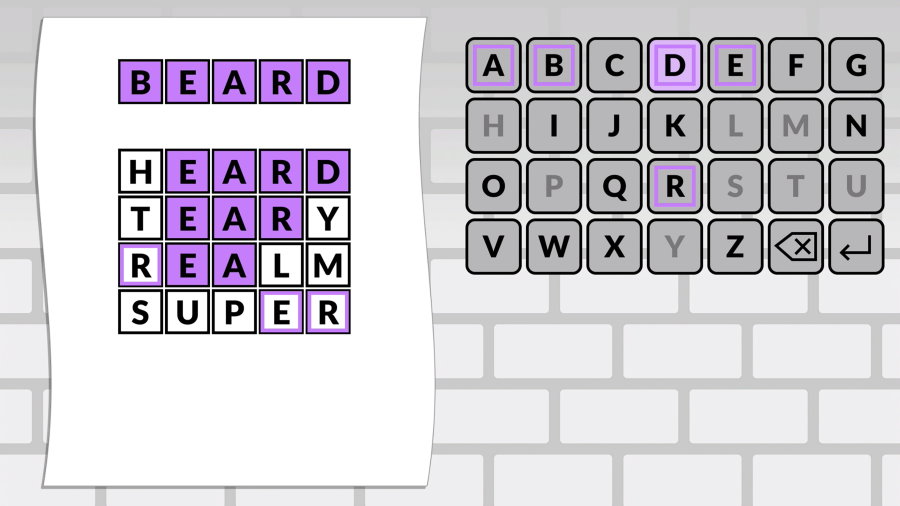 If you haven’t already guessed by the description, Wordbreaker is a new take on the Wordle phenomenon that has taken over the internet in the last few months. But it does have a few differences that made it much more enjoyable for me. First of all, the fact that you are not limited to only six tries is a great feature, as you are not pressured into starting over if you can’t find it fast enough. It’s also a great addition when English is not your native language and figuring out words already adds an extra challenge. Then there is also that you don’t need to limit yourself to a single puzzle per day. Being able to do more than one is much more satisfying than playing for 3 minutes and then having to wait a day to get back to it. 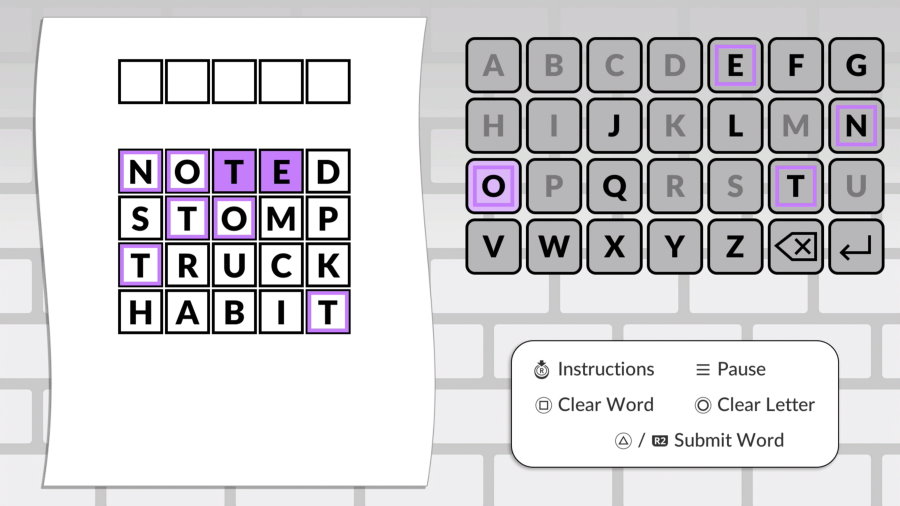 As for the trophies, the Platinum (or two Platinums, if you have a PlayStation 5) is an easy one to get, but it will take a bit of time if you’re doing things legit and not following a guide. The vast majority of the trophies will come by playing all 120 puzzles, as one of the trophies requires you to complete them all. After that, it will only be a matter of going back to do a few specific things that are specifically mentioned in the trophy descriptions, which should only take you a few minutes to achieve.

As ThaRaven403 mentioned, Wordbreaker by POWGI is a word game inspired by Wordle and other similar games. In this release, your objective is to guess the five-letter words based on trial and error and deduction. If you have found where a letter is, then it will display in purple, and if you have found a letter that is correct but that is not in the right spot, it’ll show with a purple overlay. All in all, the gameplay mechanics are very easy, so you can focus on finding the correct words for each puzzle.

Every time you manage to discover a word, you’ll be rewarded with one of the POWGI signature dad jokes we’ve become used to finding in these games. While I’m on this subject, I’m genuinely impressed by how many jokes Lightwood Games have made over the years. A few of them actually made me smile, and one about James Bond, in particular, definitely made me laugh. 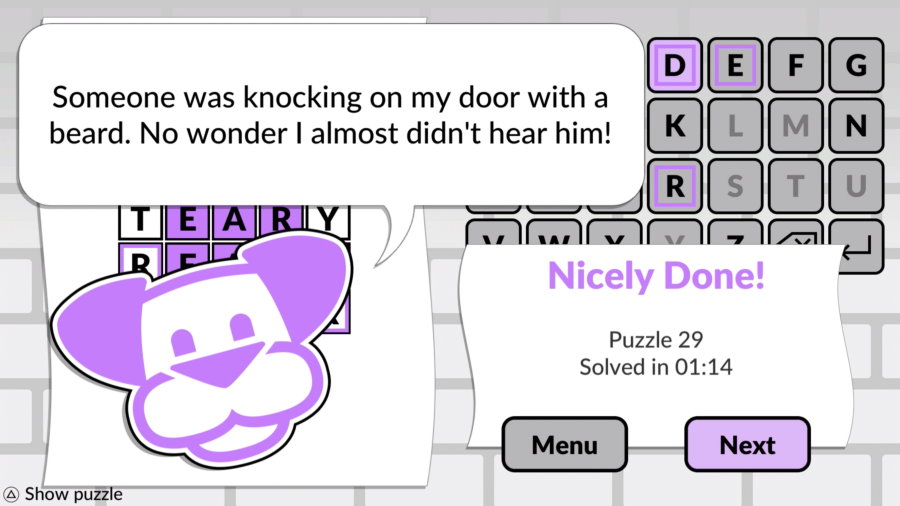 If you’ve played a POWGI game before, you’ll definitely recognize the classic layout of a vast majority of those games, with the possibility of activating a dark mode for the game to ease your eyes from the bright white of the background. A few musical tracks were also added to the game (and many are returning from previous POWGI releases). While this addition is not groundbreaking, it does make for a nice change after all those games with the exact same musical tracks.

My favorite POWGI game so far is still Word Maze by POWGI for its unique game mechanics, and Wordbreaker would now be a close second. I enjoyed playing Wordbreaker by POWGI and can definitively recommend this game to trophy hunters and fans of word games.

Wordbreaker by POWGI is a great release for gamers looking for a word game with enough content to keep them busy for a while. Since this is a Cross-Buy game, if you own a PlayStation 5, you can get two new Platinum trophies since the PS4 and PS5 versions of the game feature separate trophy lists. You can buy Wordbreaker by POWGI on PlayStation for $7.99.

If you’re looking for a trophy guide to help you get through this game, we can recommend this one:

Disclaimer
This Wordbreaker by POWGI review is based on PlayStation 4 copies provided by Lightwood Games.