The Watchmaker from Micropsia Games and Badland is a puzzle adventure set in a steampunk world of giant clockwork mechanisms. Check our The Watchmaker review!


The Watchmaker from Micropsia Games and Badland is a puzzle adventure set in a steampunk world of giant clockwork mechanisms. It was originally released on Steam back in 2018, and it’s now made its way to the PlayStation 4. The titular Watchmaker wakes up after hearing a glowing spirit shouting at him. Something has gone terribly wrong at the Watchmaker’s tower, and time has now gone crazy! Everything is moving at a faster pace, which means that he has now aged considerably after falling asleep and taking a short nap. You must now help Alexander fix things before it’s too late! 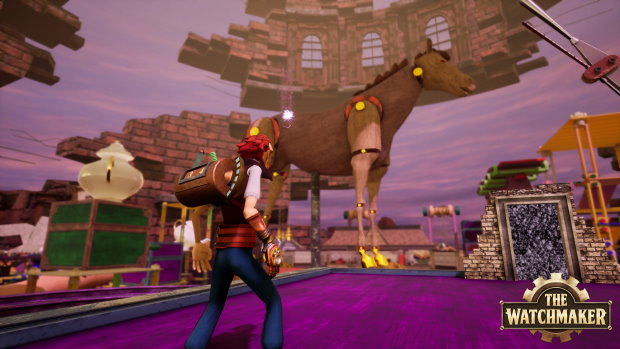 The aging process by which Alexander is being affected will act as the game’s health bar. The older he gets, the closer he’ll be to meeting the Grim Reaper! You’ll see the life support backpack on Alexander’s back at all times. It will showcase your stamina meter, the status light, how many active power cells you have, as well as your character’s current age. You can’t stand idle for too long because with time going crazy, Alexander will continue to age at a very fast pace, and you’ll end up with a game over! Be sure to collect the special time cells you can find in each of the areas you visit so that you can lower his overall age.


To control your character, you’ll move him around each area with the left analog stick and look by moving the camera with the right one. Since there are some platforming segments, you’ll jump with the X button and use the keys you’ve collected by pressing left on the D-Pad. Keys are very important since each one will allow you to recover for 20 years! Actions are performed with the Triangle button. Your main attack is mapped to the R2 button, which is a magnetic pulse. The L2 button is for using a magnet to grab items and manipulate them as needed to solve puzzles. The game’s premise revolves around controlling time, and you can use your time power with the Square button to slow everything around you or rewind time with the Circle button. 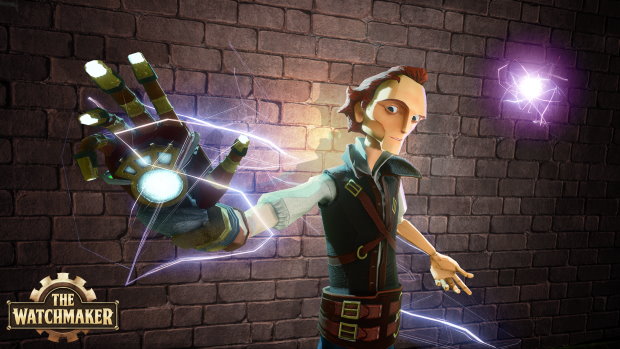 In order to survive, you must solve each of the puzzles you run into so that you can lower Alexander’s Age Stretch while also moving one step closer to fixing the tower. Each Age Stretch spans 20 years, going from 30 to 50 years, 50 to 70 years, and 70 to 90 years. Reach a checkpoint, and the current Age Stretch of Alexander will be recovered while also allowing him to recover his stamina and power cells. Remember, if Alexander turns 90, then he’ll die, and you’ll have to give it another go from the last checkpoint you activated.


You can customize your experience with The Watchmaker by checking out the settings menu. From there, you can – of course – change the volume mix for music, voices, and sound FX, but you can also make considerable changes to the video presentation. You can increase or decrease the field of view, texture and shadow quality, gamma, bloom, and brightness, as well as activate or deactivate motion blur. You can invert the X and Y axis for the camera control, as well as rebind all of the controls. 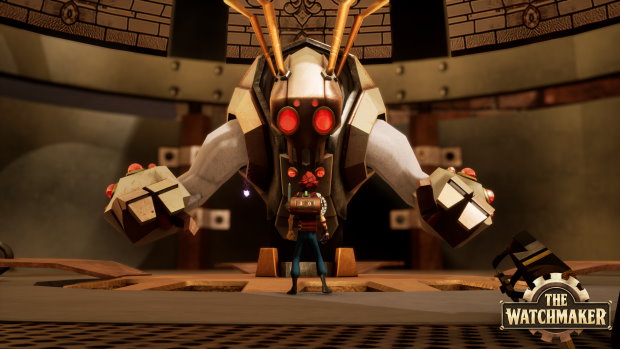 The game has a full trophy list with a Platinum trophy to unlock. You’ll add several of them as you progress through the game’s story, complete the game, and experience both different endings. As for the rest of them, you’ll see them pop as you solve your first puzzle, defeat 1, 10, and 20 enemies, collect 1, 5, 10, 15, 20, and all watches, collect all newspapers, and find all of the letters. 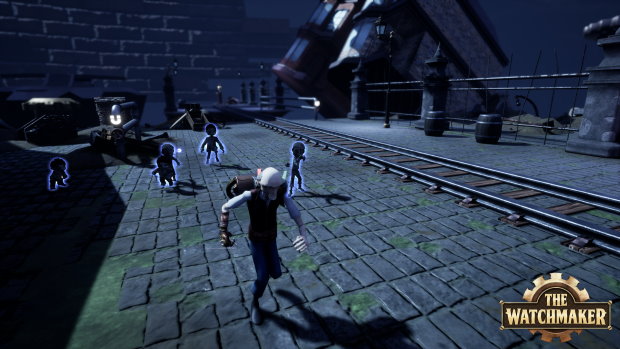 The Watchmaker has an interesting premise and fun gameplay mechanics, but there are some issues along the way. There’s some slowdown during some segments with lots of moving pieces around and enemies to take care of, and some of the levels can prove to be a bit trickier since the layout makes the areas in a stage feel too similar. The Watchmaker is out on PlayStation 4 at a $14.99 price.

Disclaimer
This The Watchmaker review is based on a PlayStation 4 copy provided by Badland.