The Last Cube by Improx Games is an interesting and challenging puzzler that puts you in control of the last cube on a quest to save its home. Check our The Last Cube review!


The Last Cube by Improx Games is an interesting and challenging puzzler that puts you in control of the last cube on a quest to save its home. Apart from a brief intro where you see a giant cube – the last cube’s planet – there really isn’t much of a story. You’ll get to see some changes to the planet when you finish each of the six themes the game offers, but that’s about it. 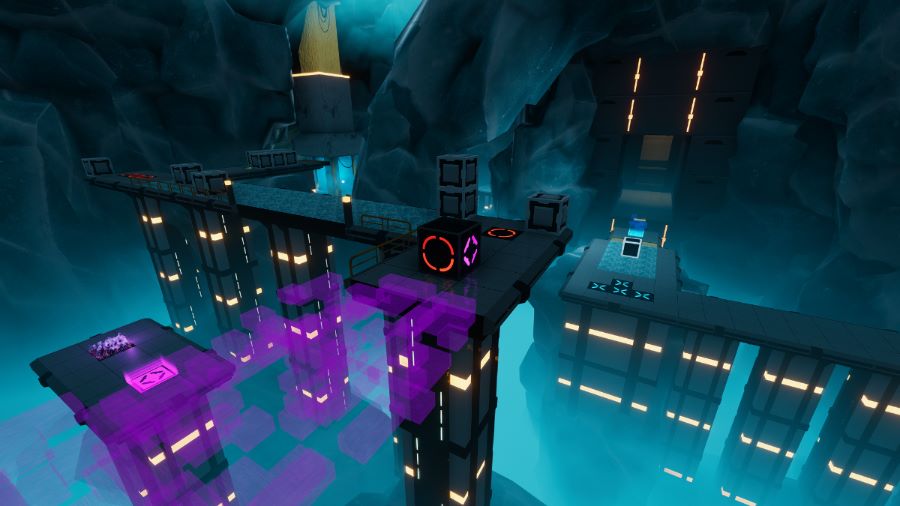 As expected, you play the game as a cube, and with this comes some pretty easy controls. The L1 and R1 buttons will allow you to zoom in or out on the screen, while the right analog stick will allow you to freely move and pan the camera around your cube. As for the left analog stick, it will make your cube “roll” in the direction you press it, depending on the camera angle. Each level plays out with a few segments in which you’ll have to trigger switches to access the next area until you reach the end of the level. To activate those switches, you’ll have to get a sticker applied to one of your cube’s faces by making it step on a sticker tile and then apply it onto the corresponding switch tile on the floor – or, eventually, onto walls or objects.


All the stickers you’ll gain access to will not only allow you to unlock switches, but they will also grant you special abilities. To use those abilities, the sticker will have to be on the top face of your cube, and you’ll have to hold down the R2 button to trigger it. The first sticker you’ll get is a blue cross that will allow you to rotate your cube in place, which is useful for, say, making a sticker on the side of it not land on a tile that removes your sticker when you roll. The next one you’ll gain is a yellow sticker that will make you dash forward without rolling, allowing you to go through tight spaces that would otherwise not be possible. There are four other stickers you’ll gain access to as you progress in the game, for a total of six different abilities. 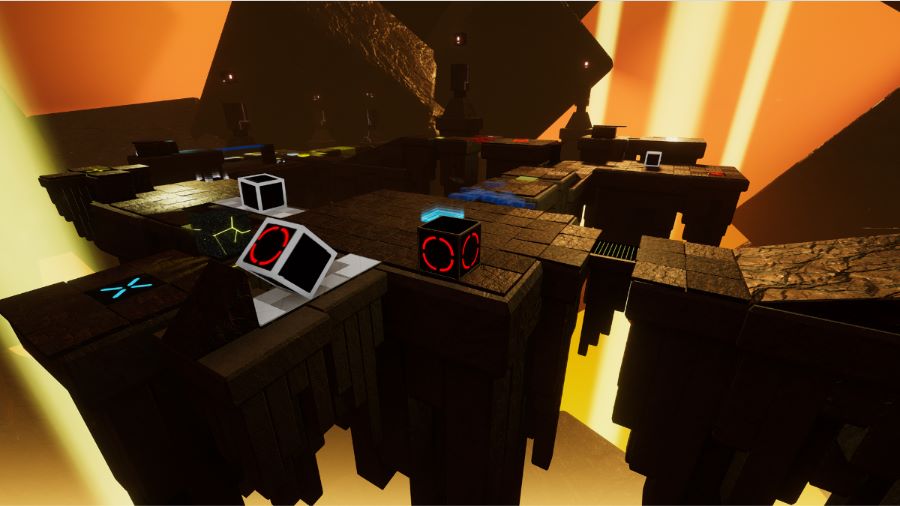 I was pleasantly surprised by how the game looked. Of course, you don’t get all those fancy animations like in an AAA action game, but each theme still features some distinct visuals and environments to explore so that you’re not just looking at a cube rolling over some tiles. The soundtrack is also an incredibly solid set of ambient tracks that perfectly fit the game’s atmosphere.


It didn’t take a lot of time after starting the game to get the hang of how it plays. Controls are incredibly simple, and the gameplay mechanics are just as simple to understand. There’s also a nice feature that when you are near a switch, given that you have the right sticker for it, will allow you to press the Square button, and it will show you a line to follow to make your cube roll to apply the sticker onto the switch. Note that this is only in those cases since, for the rest of the time, you’ll have to figure out everything else to get the correct sticker, find the right thing to do, and eventually proceed. 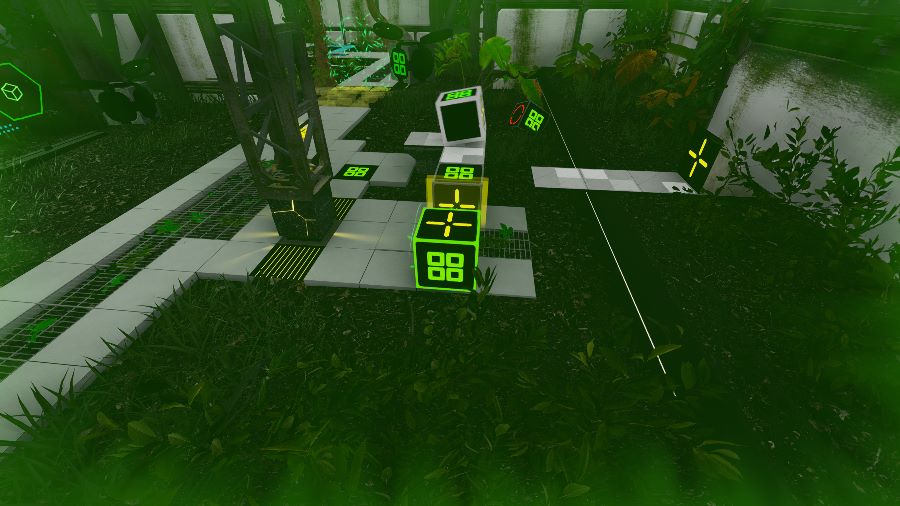 While the gameplay mechanics are simple, that doesn’t mean the game is not challenging. The first few levels are easy to complete, but once you gain access to even just two sticker types, things become a bit more complicated, and the game provides a really nice challenge. Apart from more stickers, there are also things that are gradually added to the possible interactions to boost the challenge, such as laser beams that you have to reflect on other cubes or even moving cubes that you can transfer your stickers to so that you can pick it back up somewhere else.


As for the trophies, I’ll be honest… I was a bit disappointed to see that there is no platinum trophy. You’ll get a few trophies for completing the different themes the game has, but to get 100%, you’ll also have to visit each level to find the hidden relics and complete challenges that unlock after you’ve beaten a level once. Considering some of those challenges will be quite difficult, such as completing some levels in a certain number of moves or less, it would have been appreciated to have a Platinum trophy pop after completing all objectives. 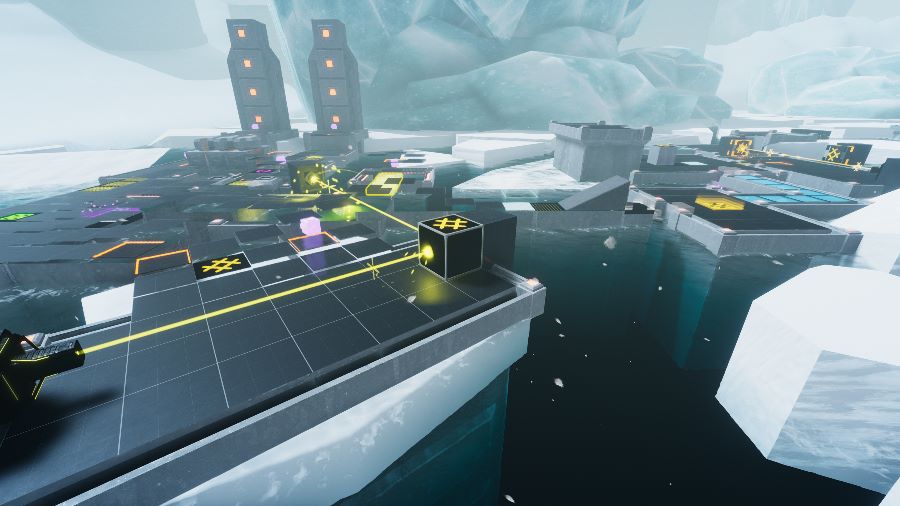 The Last Cube is a great puzzle game with easy-to-understand gameplay mechanics that will require some creative solutions from you to be able to complete them. There’s also the added replay value of being able to replay stages to complete challenges. 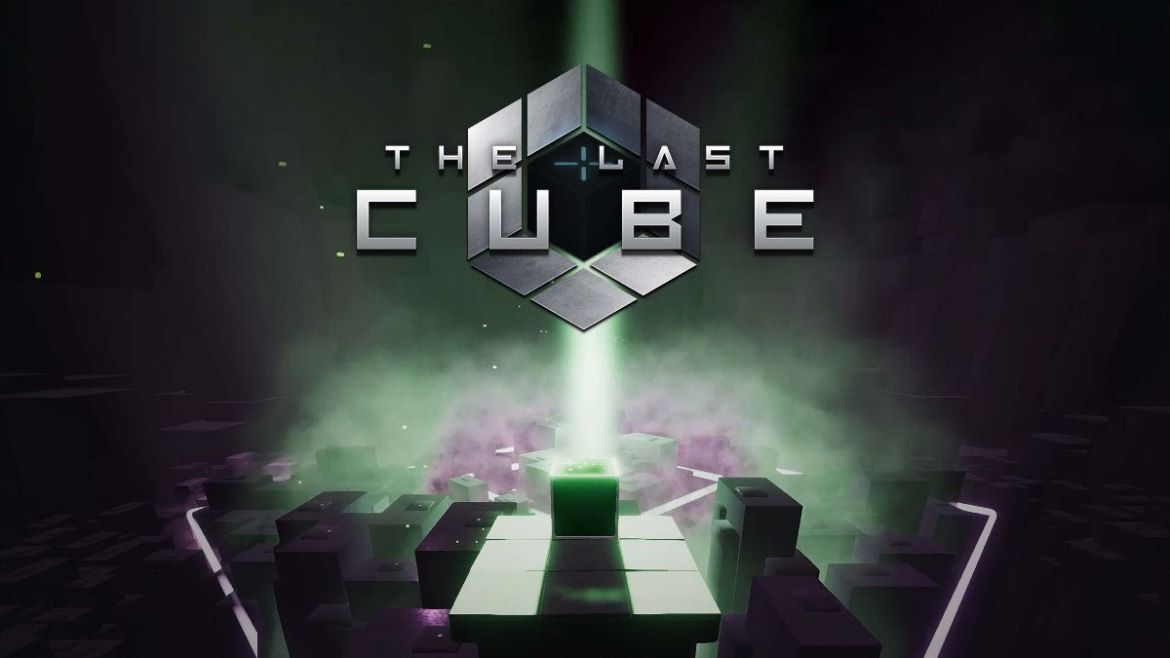 Disclaimer
This The Last Cube review is based on a PlayStation 4 copy provided by Improx Games.