The Humans are one of the first games of his time to present cooperation within characters to achieve the objectives that is to make sure your tribe will be alive at the end of the day, an organization is the key, and pre-plan your time is highly important.

The player controls a group of humans and may switch between any human at any time, in order to complete a level, it is often necessary to use certain tools or abilities, such as stacking to reach a high ledge.

The Humans from QUByte Interactive is a game that was released 30 years ago in 1992. It was released in two different versions: a 16-bit one and a one for the beloved handheld of the time, the original Game Boy. This re-release contains the two different versions in their original form, plus some quality of life improvements for the 21st Century. In The Humans, you’ll relive the beginning of humanity as they discover and invent new items. And they also fight dinosaurs – because why not? 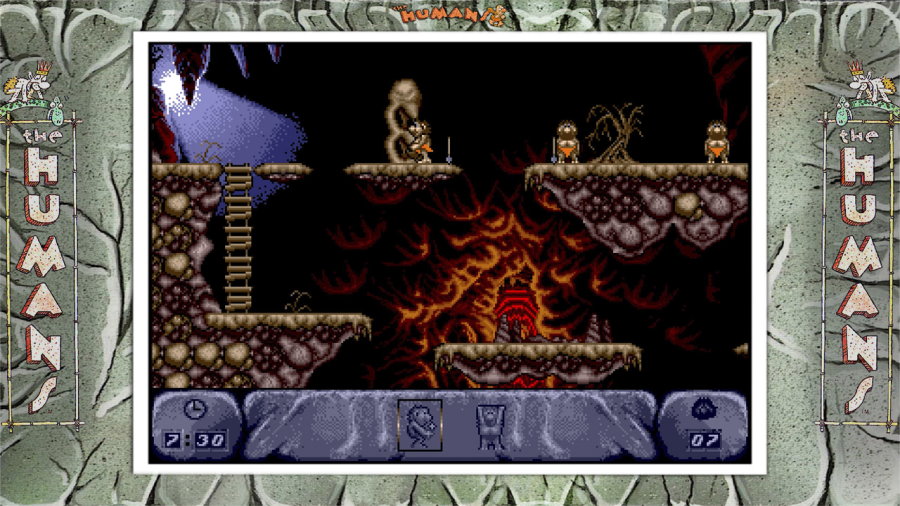 As the game begins, you’ll be greeted by a splash screen, followed by a selection screen in which you’ll have to pick between the 16-bit or the portable version. Both games are played in a container that looks like the original game is running through an emulator. Since the portable version was released on the Game Boy, and given the resolution and the screen being monochromatic, the result is very pixelated and quite low resolution compared to today’s standards, but that was to be expected.


As a newcomer to this series, I thought that the beginning was very confusing because there is no tutorial, and you’ll most likely miss your objective before beginning a new level. On the 16-bit version, the objective is written as the very last screen of the new level sequence, but on the portable version, it is clearly indicated as the level begins. 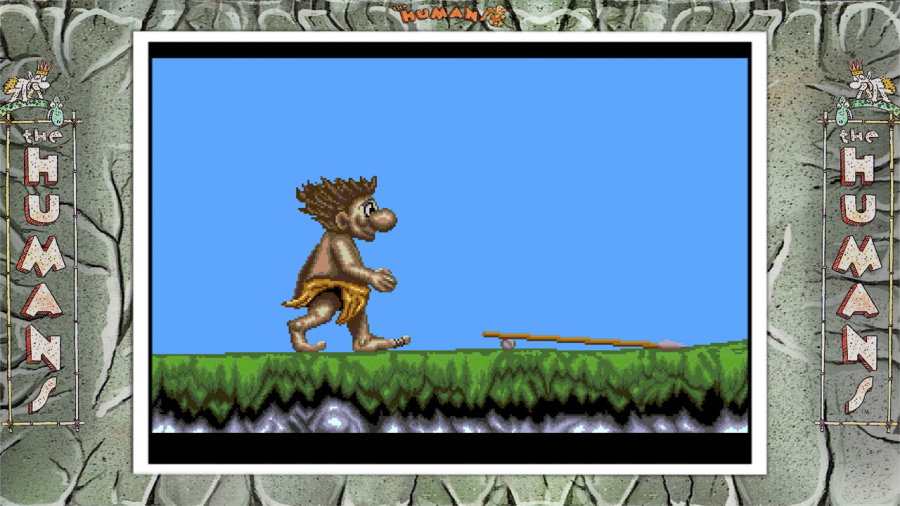 The gameplay itself is relatively easy since you’ll move your humans into position so that they can execute the different actions they can perform. For instance, the most basic action is being able to stack your humans on top of one another to create a ladder and reach higher areas. You’ll also have actions like throwing items and jumping. Another issue that adds to the general confusion playing this game is that the different actions are not hinted at explicitly, and your only explanation is a minuscule and unintuitive pictogram of the action.

Being a puzzle game, you’ll also have to figure out what to do in each one of the levels. I mentioned how confused I was as I began playing, and I needed some time to think as I started each level to test different ideas to reach the objective. A note of mention here is that the game is unforgiving in the sense that if you miss a single step in any level, you’ll die, and dying means, you’ll be sent to the splash screen. The original game had a password system that still works, and for this re-release, you can also make good use of the Save State feature so that you can save and load your playthrough at any moment. 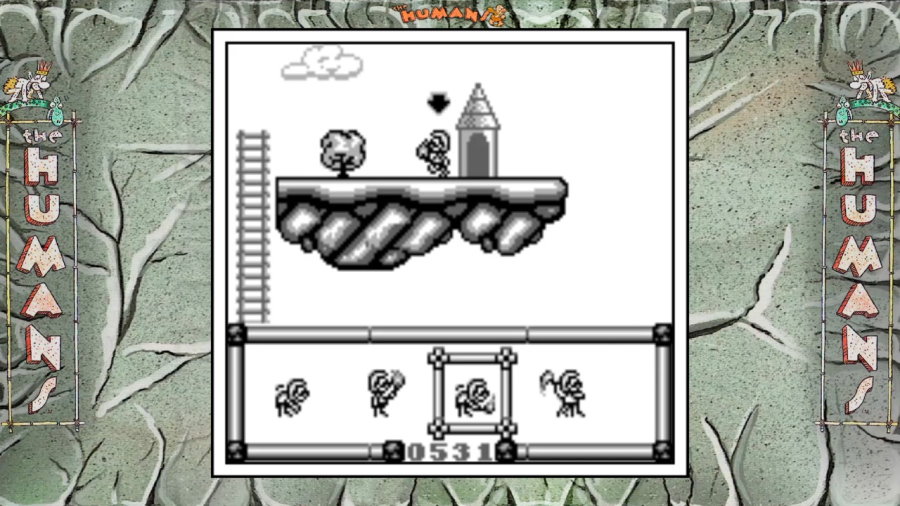 The soundtrack could have been a hit back in 1992, but by today’s standards, it’s not very impressive. Moreover, I’m not sure if this is due to the emulator processing the audio, but the background sounds seemed choppy on both versions of the game I played.


As for the trophies, you are looking at an average length list with 8 Bronze trophies, 6 Silver trophies, and 8 Gold trophies, which means you can get a Platinum trophy for your efforts. Trophies are awarded for completing the levels in both the 16-bit and portable versions since they each have specific trophies in the same list. Using a guide, the Platinum should take you around two hours. 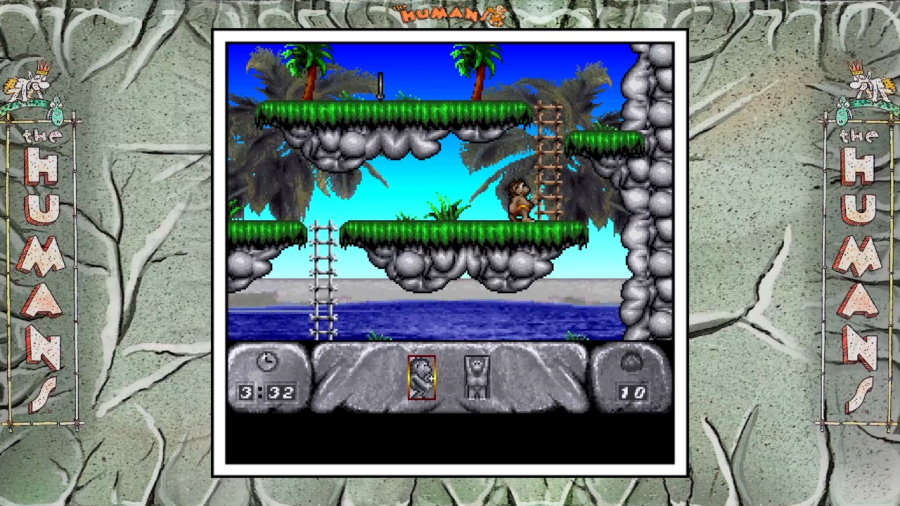 The Humans left me with mixed feelings. If I had played this game back when it was released 30 years ago, I would have enjoyed returning to this classic for the nostalgia factor alone. But as a newcomer to the pair of games, I thought that they do show their age in terms of presentation and gameplay mechanics. It is available at a budget price of $7.99, offering a Platinum trophy for your collection. 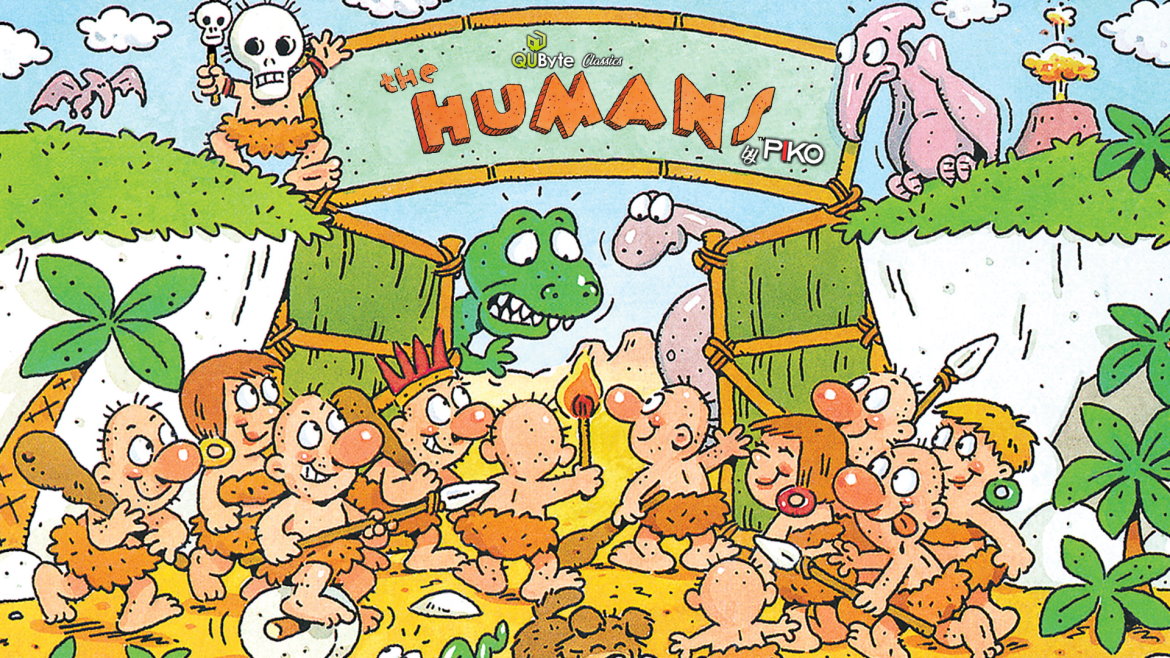 Disclaimer
This QUByte Classics: The Humans review is based on a PlayStation copy provided by QUByte Interactive.