Wildcat Gun Machine from Chunkybox Games and Daedalic Entertainment is a fast-paced chibi-style isometric bullet hell twin-stick dungeon crawler on Nintendo Switch. Yes, that’s a lot to take in for one game, but allow me to expand on things. The game is indeed a bullet hell, with things picking up when you run into bosses. The chibi art style is used for the main character, enemies, and bosses, giving everyone a squishy look. And Wildcat Gun Machine is a twin-stick dungeon crawler because you’ll be going from room to room, taking on the many enemies that will pop up as you enter each room in search of the keys needed to progress to the end of the dungeon. 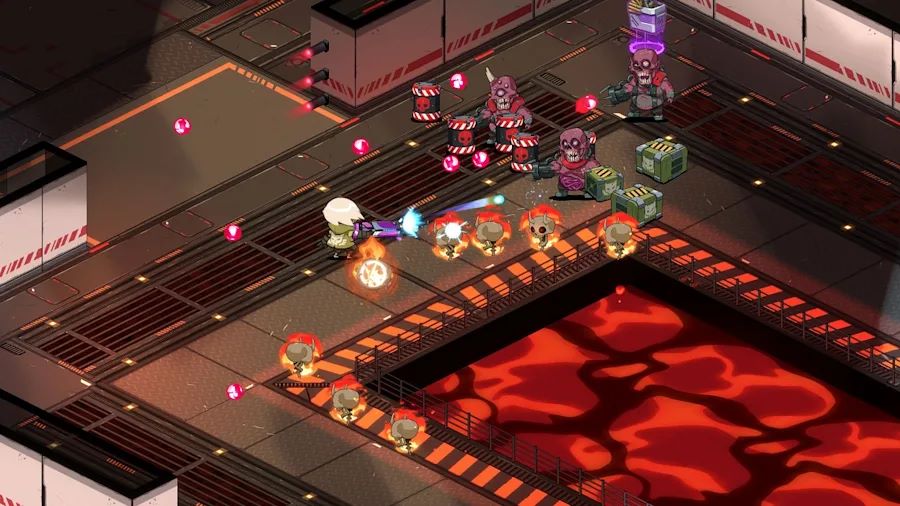 You’ll move your character with the left analog stick and aim with the right one. You can shoot with the ZR button and can use grenades with the ZL button – as long as the cooldown timer is over. You’ll gain access to a dash after beating the first boss, which can be used with the L button. Dash around to avoid enemies and the many bullets they shoot your way. To switch weapons, press the X button. To use something, such as activating a checkpoint or interacting with objects or characters, you can press the A button. And if you want to check your map, just press the – button so that you can see where you need to go.

On the upper left corner of the screen will be your character’s health bar, represented by the bigger blue gauge of the three that are located next to your character’s profile pic. The titular Gun Machine can be used with the Y button, which will allow you to shoot homing bullets for a short time while also being invincible… which is why it won’t be available for you to use over and over again. But once you do fill up the yellow Gun Machine gauge right above your health bar, you’ll be able to go wild! Below your health is a green gauge that will increase as you collect armor to protect you from extra hits. 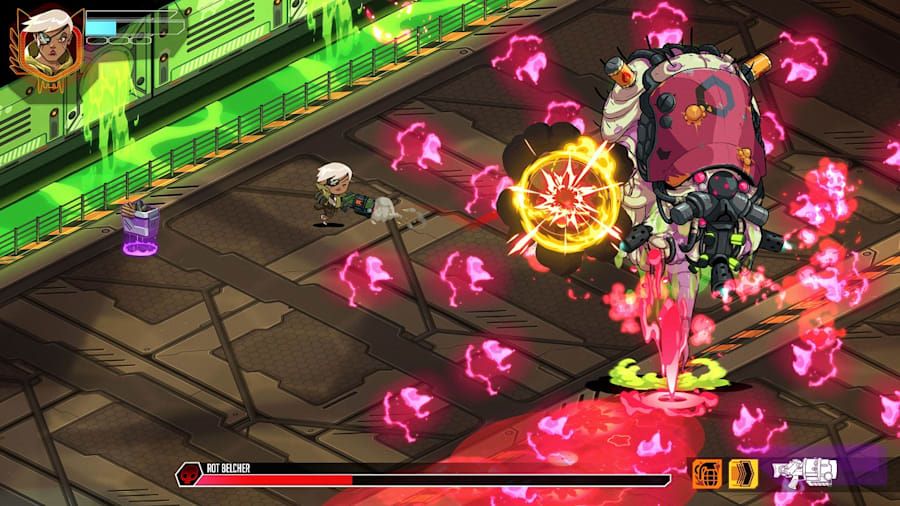 At checkpoints, you’ll be able to use the in-game currency to purchase new weapons to boost your arsenal – each one with a different fire rate, damage output, and maybe a special ability to consider. There will also be miscellaneous items to consider, such as buying a boost to increase your movement speed while walking and running, which could certainly save you during the more crowded scenarios, or a respawn cat which, as its name suggests, will allow you to get an extra respawn to cheat death one more time. 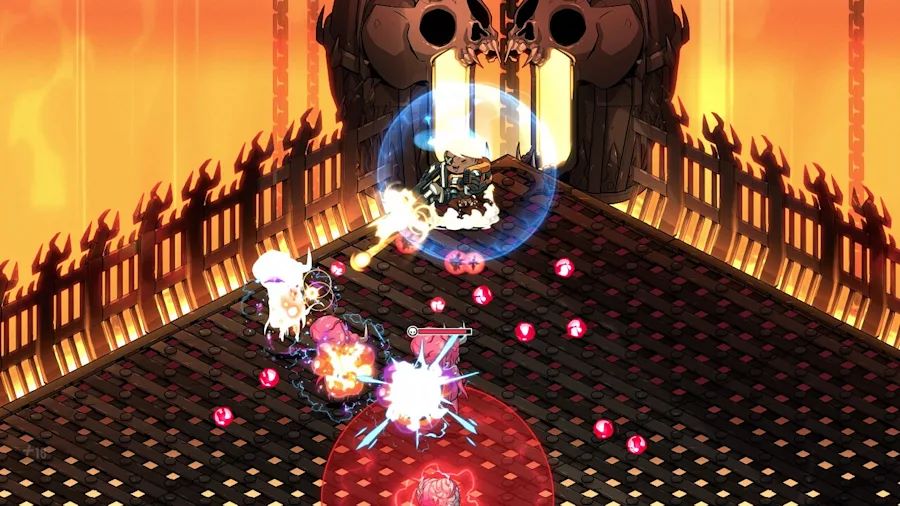 While your starting pistol fires at a steady pace and does some decent damage, using the more powerful weapons – which you can find after completing some rooms or that can be bought at a checkpoint – will be a must. Your starting pistol has unlimited ammo, but all other weapons will have a limited ammo count, so you’ll have to collect ammo boxes to keep them topped up. Finding the right fun for the job is crucial since your main gun won’t be able to carry you until the end. 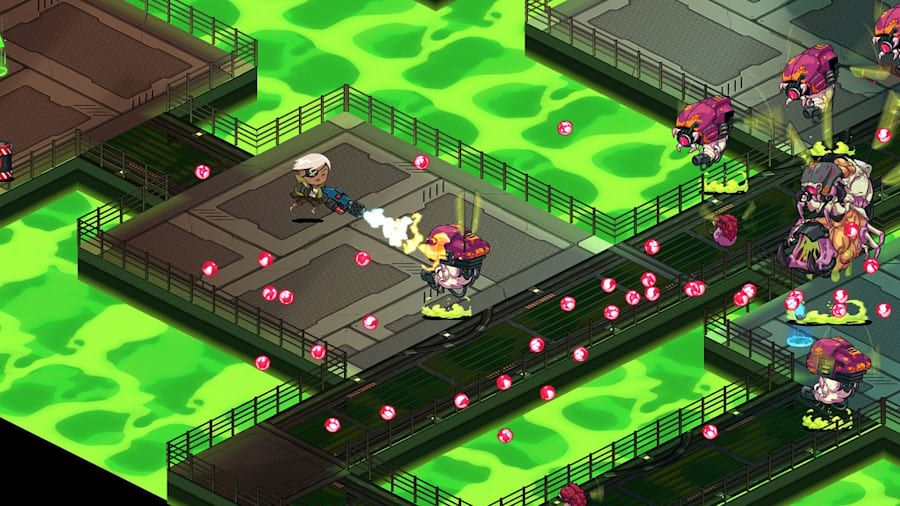 Wildcat Gun Machine is a fun, fast-paced chibi-style isometric bullet hell twin-stick dungeon crawler with more than 40 guns to add to your arsenal, an upgrade system by which you can improve your odds of survival, and deadly bosses to take on in an action-packed experience. Wildcat Gun Machine is out on May 4 on Nintendo Switch with an $18.99 price. 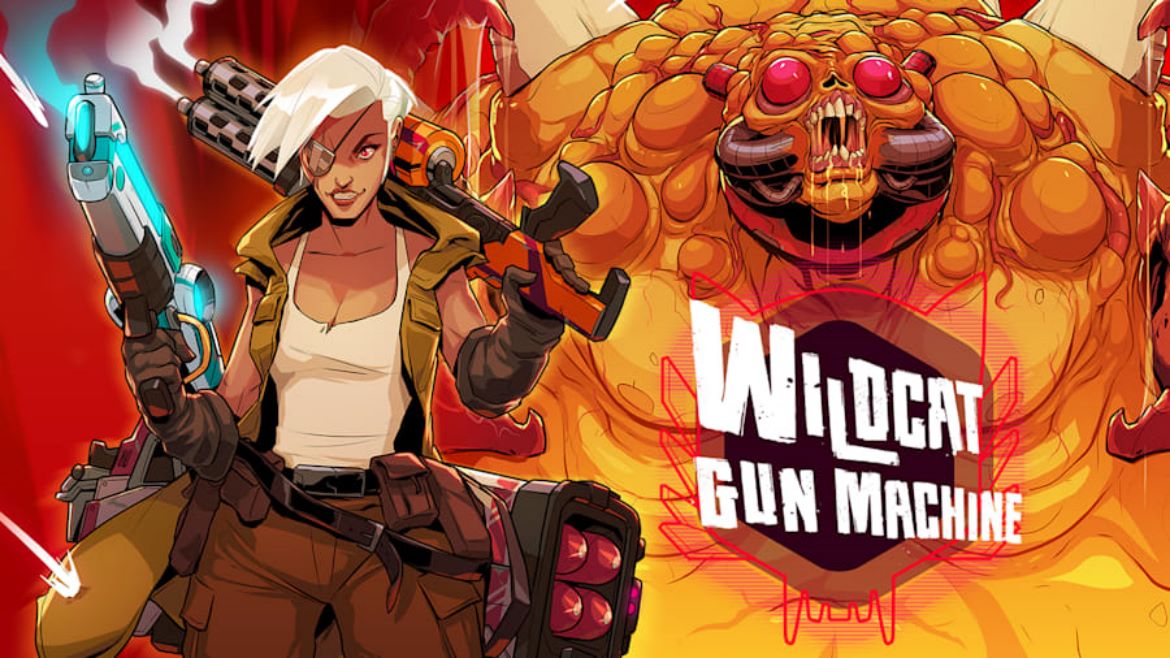 Disclaimer
This Wildcat Gun Machine review is based on a Nintendo Switch copy provided by Daedalic Entertainment.

Cloud Gardens On Its Way To Nintendo Switch