Revita from solo indie dev Benstar and Dear Villagers is a 2D twin-stick roguelite action platformer on Nintendo Switch. You play as a nameless child with no memories who finds himself waking up in the metro with only a vague sense of what he needs to do: reach the distant clocktower to try and find the answers he needs. You’ll first need to explore room after room infested by monsters, where you’ll have to rely on any help you can get from the characters you meet. Move from station to station as you move forward in an ever-changing clock tower were reaching the top is crucial! 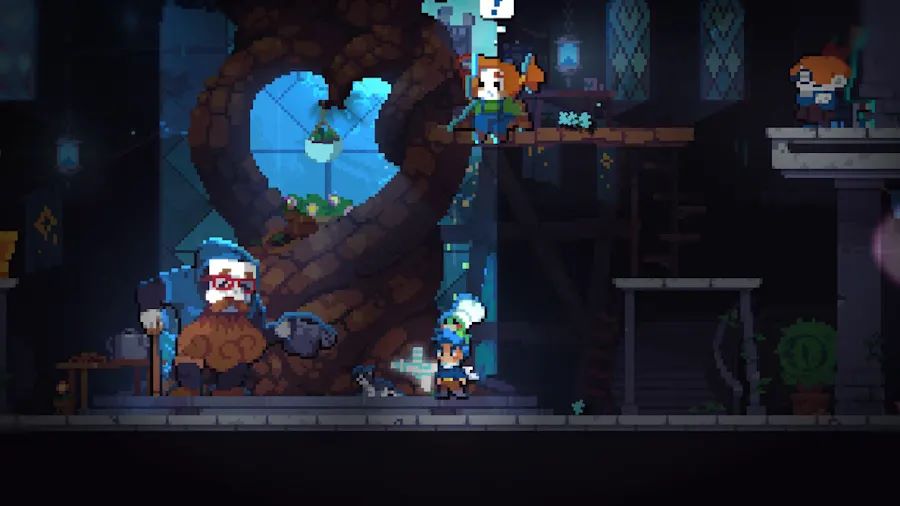 To make the most of your time with Revita, you’ll have to decide how to use the game’s risk and reward system. You start your climb with four hearts, but you can offer some of your hearts to gain access to relics of varying rarity. The more hearts you offer, the better the relic you’ll get! You could, for example, gain the Mug of Coffee, a common relic that increases your movement speed by 20%. Offer two of your hearts, and you can get the Triple Shot which, as its name suggests, allows you to shoot three bullets at once while lowering each bullet’s damage as well as your weapon’s overall fire rate. Offer three hearts, and you can get the Hot Chocolate relic, which increases the damage you deal by 20%!


This, of course, means that you should always try to heal your HP and increase your max HP so that you can have more health either to survive attacks or to use those new extra hearts as currency when you find another statue for making an offering. You’ll also run into special rooms during your climb up the clock tower, where you’ll find a merchant that offers relics and pickups in exchange for some of your hearts, so you should always keep this in mind so that you leave some room for exchanging some extra hearts this way to find the right balance for your run. There are also special treasure chests that need to be opened with your hearts, and relics can be upgraded with hearts as well, so be ready! 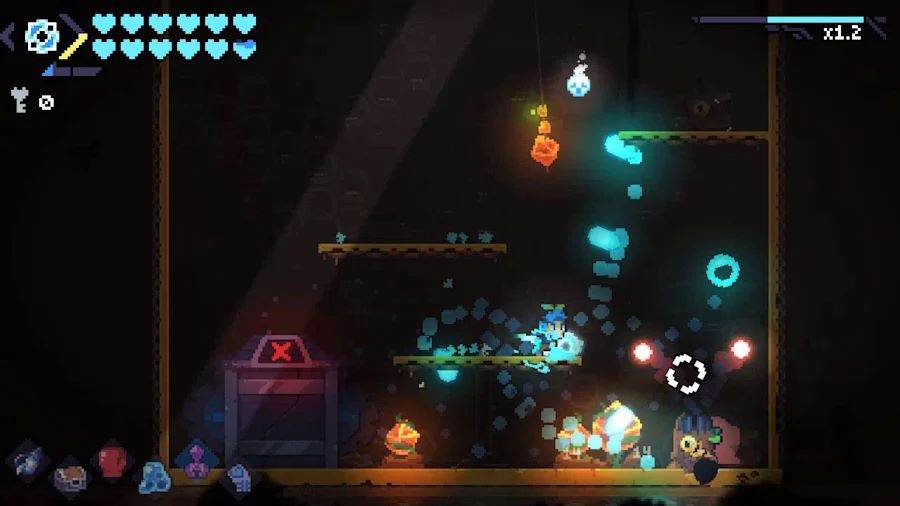 Since Revita is a twin-stick roguelite action platformer, you’ll control your character with the left analog stick as you aim with the right one. You’ll jump and wall jump with the L button and can dash with the ZL button. The dash ability will allow you to avoid enemies and their attacks. To attack, press the ZR button as needed. If you want to use your special, just press the R button when the time is right. To interact, press the A button. And when you have to heal some of your wounds, use the souls you gather from defeating enemies to focus by pressing the X button. If you focus when at full HP, then you’ll increase your max HP!


Something you’ll have to learn early on is how jumping and shooting downward can send your character flying extremely high when timed right. This will be crucial for surviving through some of the trickier platforming segments, as well as for surviving through the more challenging rooms you’ll find during your roguelite journey. Given the game’s roguelite nature, death is very much part of the gameplay loop. Once you’re defeated, you’ll be rewarded with souls coins based on your progress. 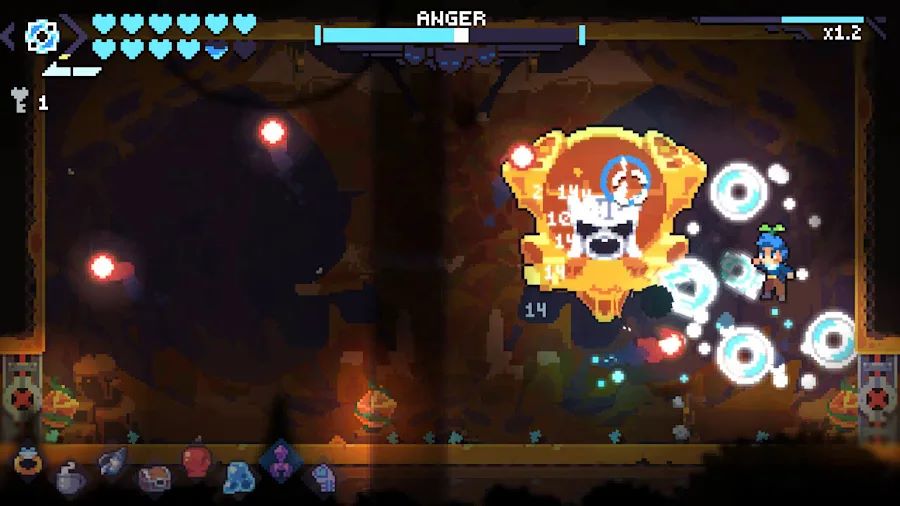 Soul coins can be used at Memoria Station to purchase items and boosts to increase your odds of survival. The more NPC you find during your journey, the bigger the variety of stuff up for grabs! For example, you will find the Tinkerer during your travels. The Tinkerer can help by fixing stuff around the station while also allowing you to purchase expansions to add stuff, such as a soul torch at the offering room, which you can destroy to gain extra souls, or a chainmeter, so that the quicker you defeat enemies, the more souls you get. The Imprisoned needs you to find the hundreds of prison keys that were stolen from him. The more keys you find, the more stuff you can buy with your soul coins, so that said items start to pop up during your runs. There’s also the option of unlocking new weapons for subsequent runs at the Target Dummy, as long as you have the right resource for it!


You have the option of customizing your whole experience by visiting the accessibility menu. In there, you can increase or decrease the overall speed of the game, adjust the size of the relic HUD, the cursor size, the camera zoom out, turn on or off flashes, give your character a colored outline to make it easier to see it in the screen, add aim assist and set its effectiveness, change the base damage dealt to enemies when attacking, darken the background elements, turn foreground decoration on or off, and switch from between the pixelated font and an HD one. 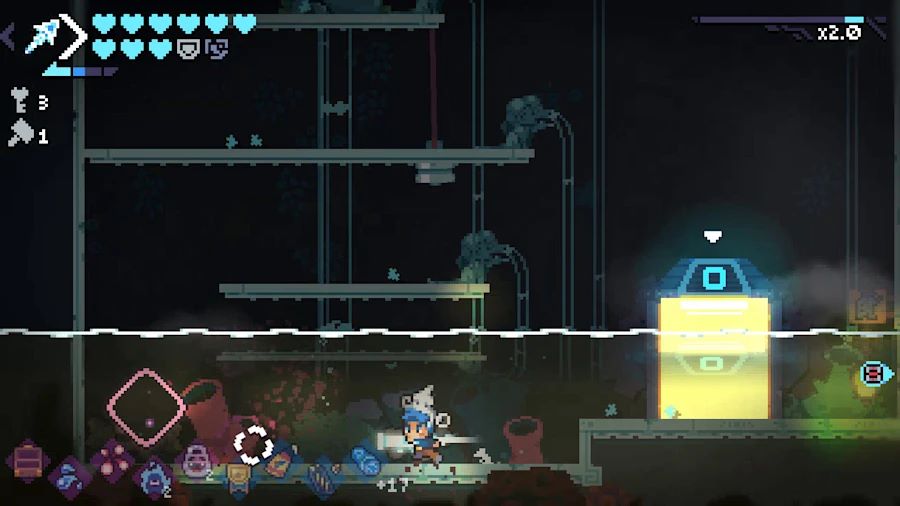 There’s a lot to love about Revita and its addictive “just one more go” gameplay loop, which is to be expected of a 2D twin-stick roguelite action platformer. That also means the game randomization and repetitiveness – due to it being a roguelite – won’t be for everyone. I do have to mention the game’s excellent use of HD rumble on the Nintendo Switch. Right from the moment you feel as the subway pulls up to the station and then moves onward to the next one, you know you’re in for something different, so kudos to Benstar for taking the time to properly implement HD rumble. Revita is out on Nintendo Switch with a $16.99 asking price. 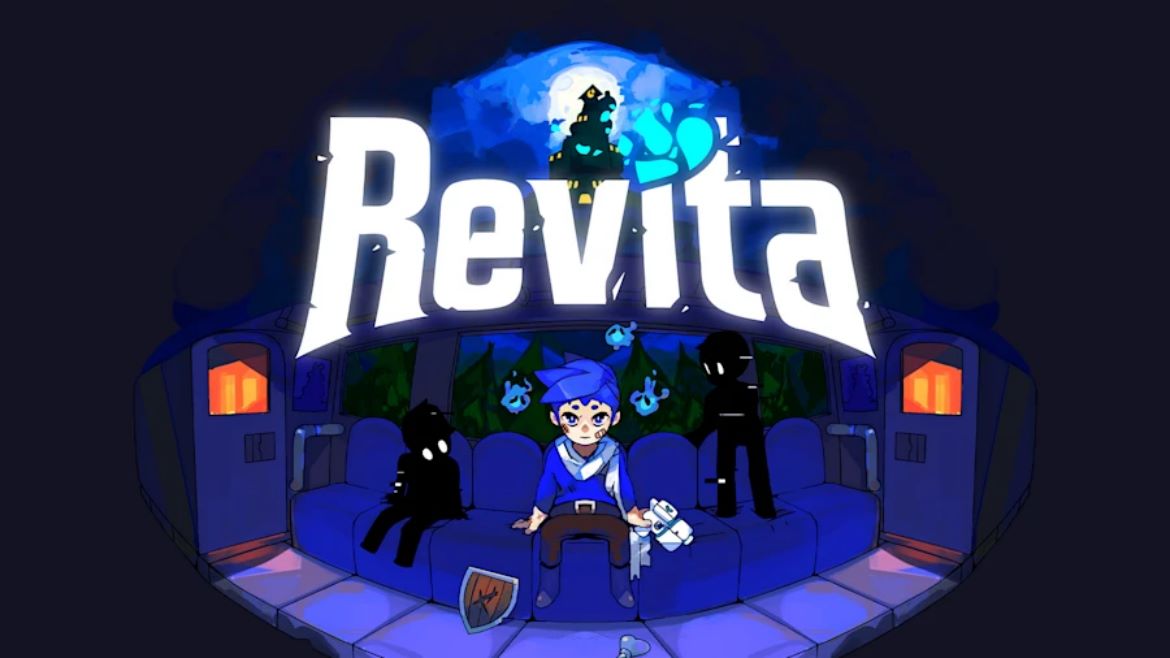 Disclaimer
This Revita review is based on a Nintendo Switch copy provided by Dear Villagers.

Cotton Fantasy Out Next Month