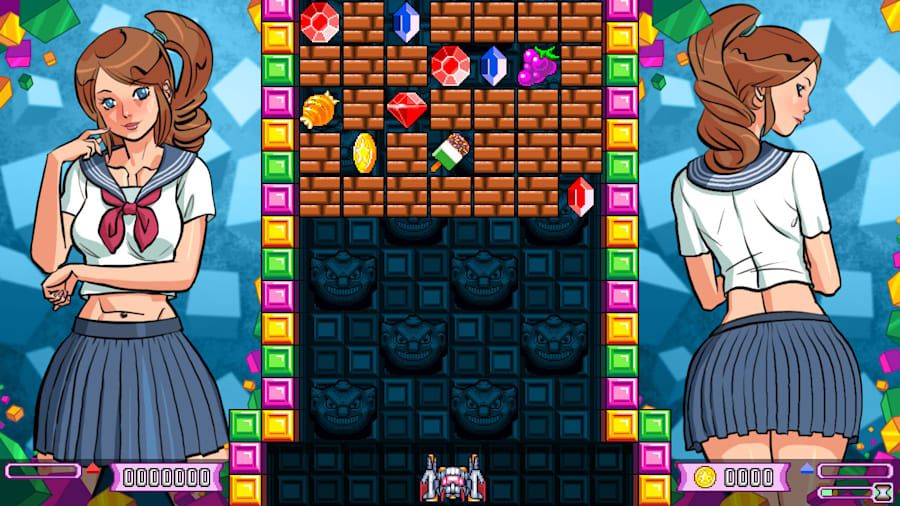 Double Shot Gals from Gamuzumi and Osando Studio is a Rater M for Mature brick breaker with a twist. You’re in Paradise Park, where you will take on an ecchi-themed carnival adventure. Each of the girls you meet has had their clothes invaded by glowing blue and red gems, which is making them feel weird. Your goal will be to destroy the blue and red gems in each stage, as well as the bricks that are in your way, so that you can fill up the blue and red bars, thus removing their clothing. Make a mistake, and the whole pattern will drop a level. If it reaches the bottom, then it’s game over! Oh, and there’s also a Dating Mode – more on this in a bit. 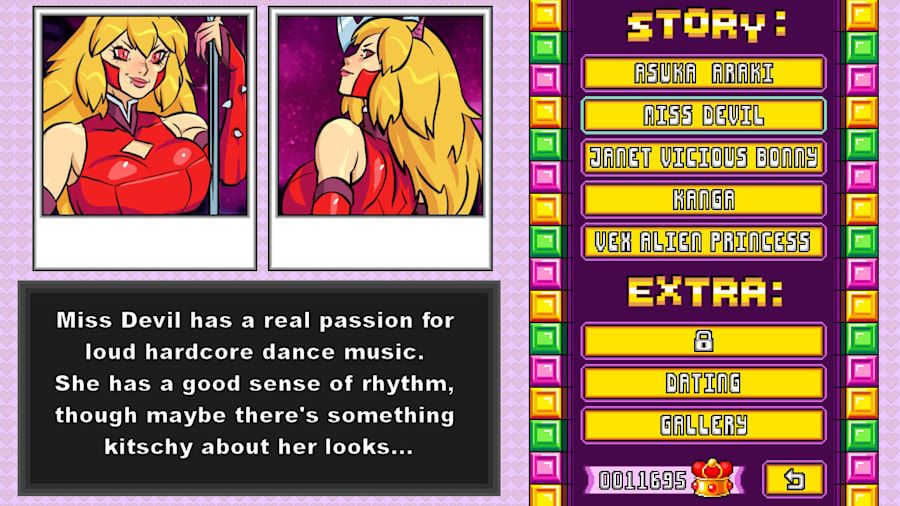 You’ll be controlling a spaceship at the bottom of the screen, moving with the left analog stick or the D-Pad. You can shoot blue bullets with the A button and red bullets with the Y button. To destroy the gems, you must shoot them with a bullet of the same color, or else you’ll bring all bricks and gems down a level, taking you closer to defeat. Some levels feature things such as cannons that can attack your spaceship. If you’re hit, then the whole playing field will move down one space. 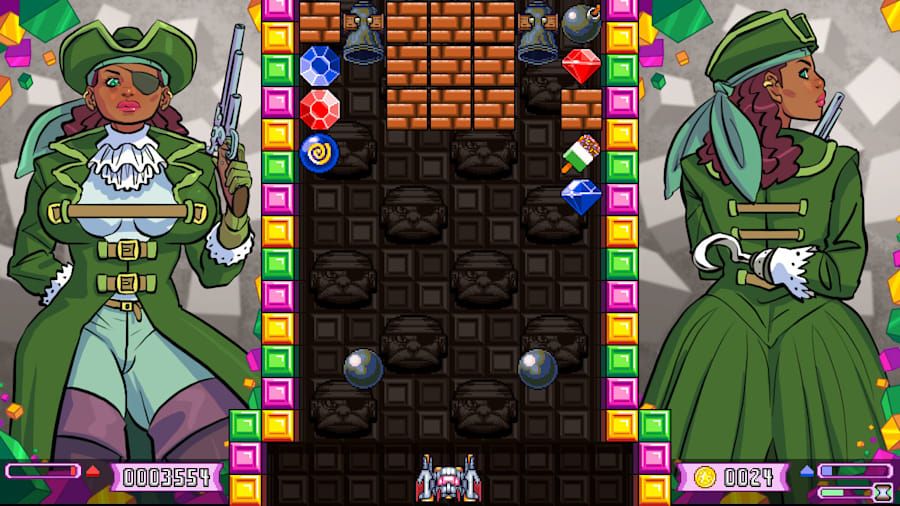 There are three different gem shapes in each color, with each one requiring one, two, or three hits to be destroyed. Bricks can be destroyed with two hits. Shoot a bomb, and it will make surrounding objects explode. You can collect fruits and sweets to boost your score. Red switches and blue switches can be hit by bullets of the same color to move objects around. The coins that you collect can be used in the Dating Mode. 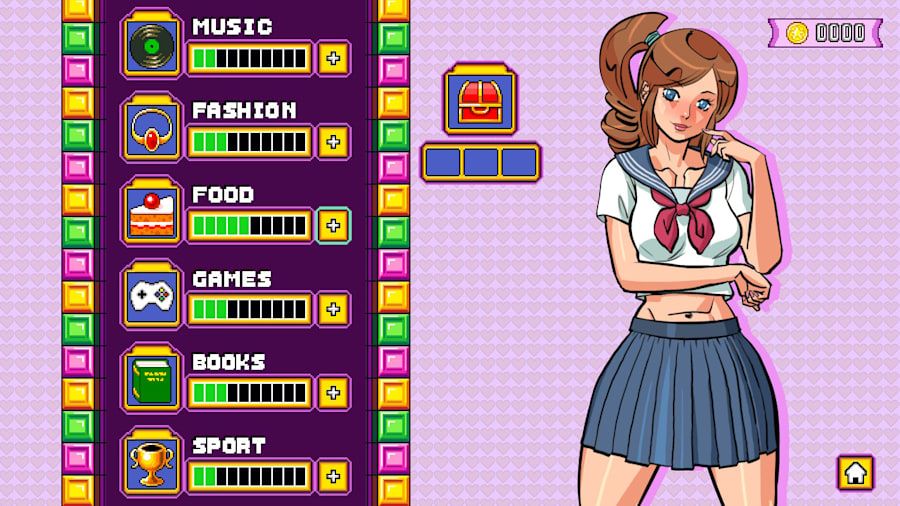 Dating Mode has you investing the many coins you earn to find out more about each of the girls in Double Shot Gals. If you manage to discover which three of the listed hobbies are each girl’s favorites, you might win over their heart and be rewarded with a special gift. Can you earn enough coins and find out the right combinations for all of the girls?

Double Shot Gals is a simple arcade-style brick breaker with an ecchi angle, which means it’s not going to be for everyone. Once you complete the Story Mode, you’ll unlock Arcade Mode, where you can play in an endless stage as you try to reach the best score possible. There’s also a Gallery section where you can review all of the images for each of the girls. Double Shot Gals is out on Nintendo Switch for a low price of only $4.99. 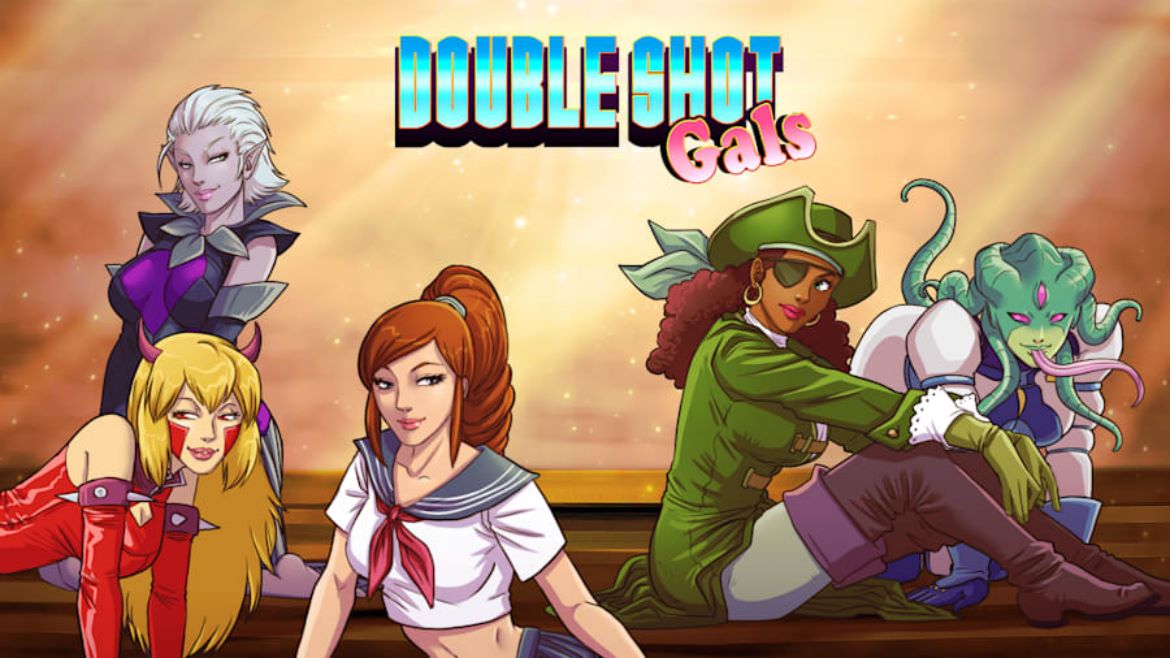 Brick breaker with an ecchi twist

Disclaimer
This Double Shot Gals review is based on a Nintendo Switch copy provided by Gamuzumi.