Action RPG Anuchard from stellrNull and Freedom Games is ready to go on Nintendo Switch. Check out our Anuchard review!


Action RPG Anuchard from stellarNull and Freedom Games is ready to go on Nintendo Switch. Your quest will have you wield the magical Audros Bell that has been blessed to bring back to life the farming village of Orchard, once part of the skyward Anuchard. The land had the blessing of five mighty Guardians, who seemed to one day have vanished for no apparent reason. Without their power, Anuchard came crashing down towards the land, leaving only Orchard on top, with the rest being absorbed into the ground. 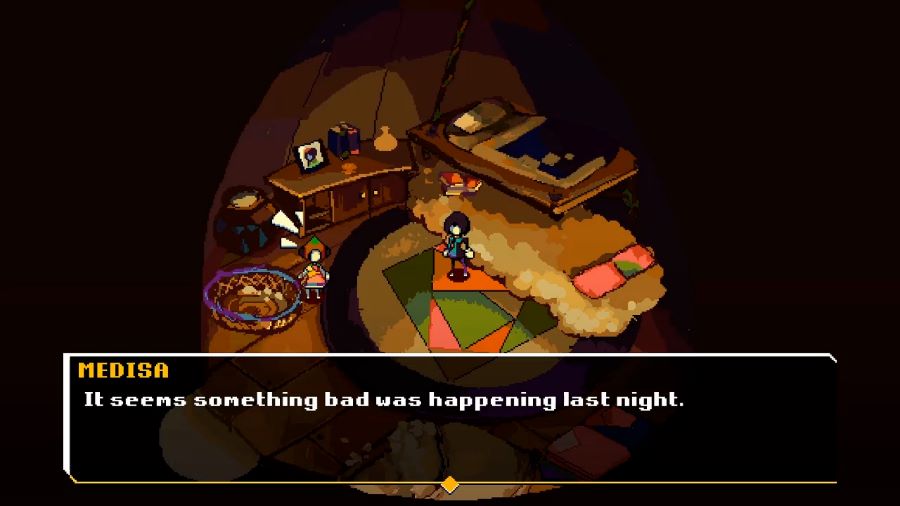 This will lead you to explore the underground dungeons to destroy the evil creatures that lurk in the darkness, as you take on deadly bosses to be able to release the crystallized souls of the lost citizens. You are the Bellwielder, the chosen one. Do you really have what it takes to rescue everyone and find out what really happened to everyone? Can you restore the blessings of the Guardians before it’s too late?


The magical Bell is also home to a trio of Bell Spirits that will aid you in your journey, acting as guides and comic relief. These Bell Spirits are former Bellwieldiers, so you should certainly listen to what they have to say! They are Bimba, Mag, and Dali. Bimba will act as a cheerful buddy. Mag is a bit more grumpy, acting too seriously. Dali is the spirit of a wise man, so it will give you some tips about what you need to do to save all of the villagers that have been turned to stone. Listen to all three, and you might find out what happened to the Guardians! 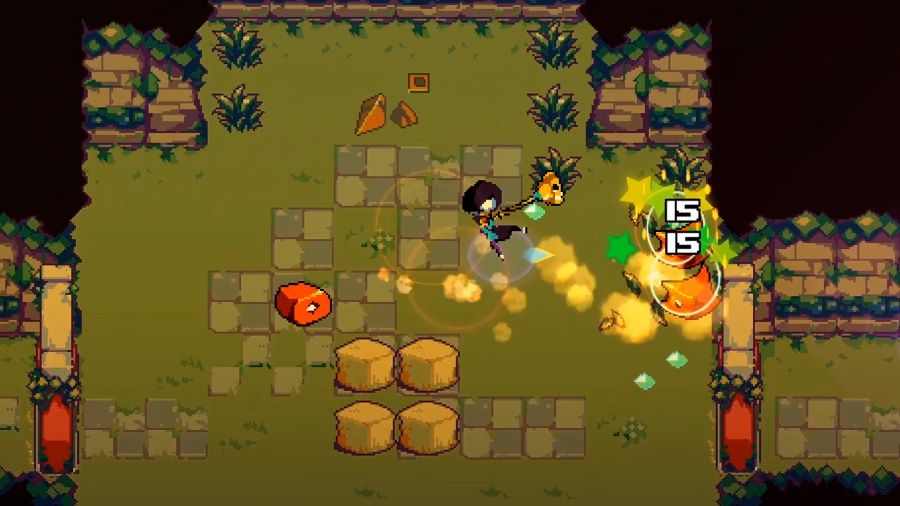 You’ll control your character with the left analog stick or the D-Pad. The A button will be used for light attacks that you can combo together. The B button can be used for a slower but more powerful attack. This is a very important attack since it will allow you to dash towards an enemy and knock them onto a wall, thus breaking their armor – if they have any. This dash attack can also be used for solving puzzles to open up new paths for you to take. Collect enough essence, and you’ll be able to use the Spire to create a healing field to recover some of your lost hit points by pressing the Y button.


Once you progress a bit in the game and use the mighty Bell to save the first villager by using taking a memento to dive into the dungeon, you’ll gain access to cooking. Cooking can be used before going back into the dungeon for your next quest. This is important since cooking and eating a dish will allow you to boost your capabilities! Select some raw ingredients, drop them into the cauldron and see what happens next! The first raw ingredient you select will be used as the base, which will determine the ability you will get. The second raw ingredient will determine the stat boost. You could get a nice health boost, which will allow you to take more damage before being defeated. And as you save other villagers, you’ll unlock more stuff for the village and new things that can help you when dungeon crawling! 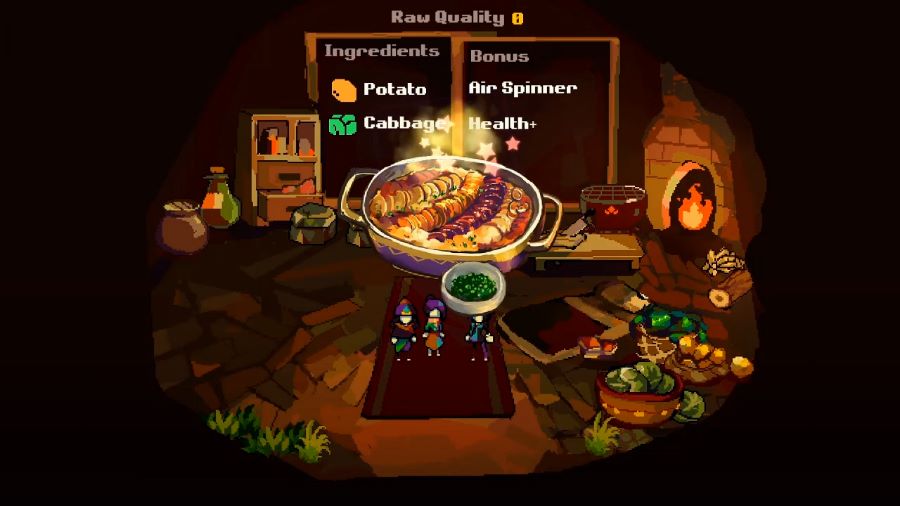 You’ll find a special character during one dungeon run, who you’ll end up saving thanks to the power of the Audros Bell. Once you’re back in town, you’ll be able to use the special crystals you find in the dungeon to unlock cosmetic upgrades for the town of Orchard or to unlock special abilities for your character. You could, for example, make it possible to gain essence by attacking and defeating enemies or add a powerful revival ability that can give you a small window of invincibility after being defeated, as you’re brought back to life with 40% of your total health!

To bring back the blessings of the Guardians, you’ll first have to defeat each of them in combat! As you progress through the game’s story and bring back more villagers by way of their mementos, you’ll end up fighting the five Guardians that once protected Anuchard. Each one will have a different movement and attack pattern, so you’ll have to pay attention to be able to overcome each challenge. Things start off on the easier side of things as you face off against the first Guardian, who will attack you with its fists, unleashing some spicy condiments to damage you… before sending a mighty donut to crush you! The good news is that the donut can be used against the boss to 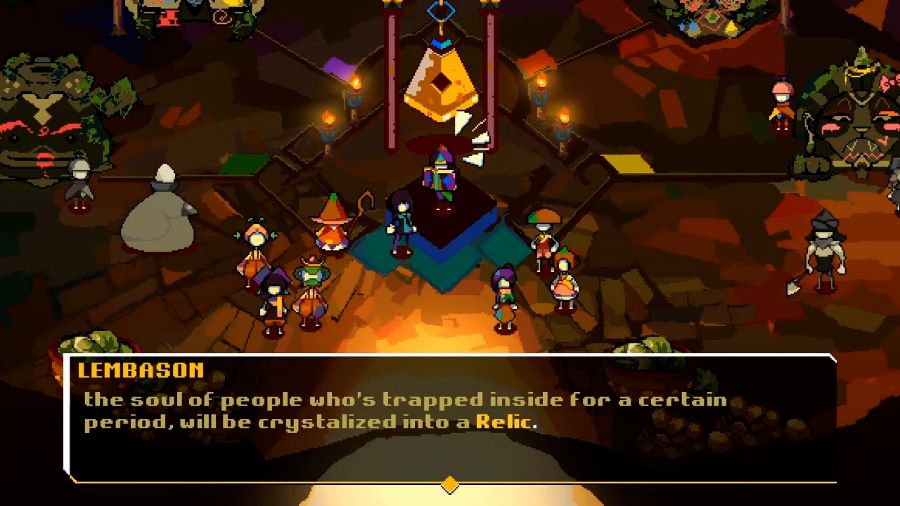 Anuchard features a colorful minimalist art style, an old-school infused soundtrack, and a fun action RPG gameplay loop that will keep you busy for a while. You will later unlock the option of revisiting previous dungeons, which will allow you to search for any resources or secrets you missed the first time around, so if you want to 100% the game, you certainly have said option. Anuchard is out today on Nintendo Switch at a $14.99 price. 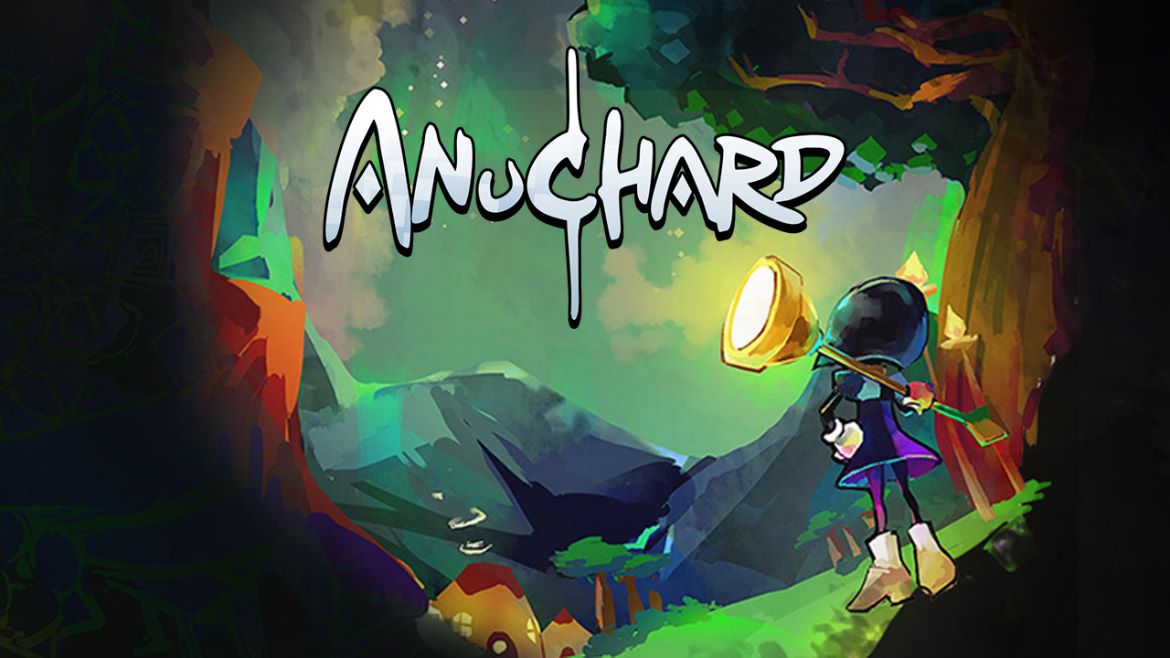 Disclaimer
This Anuchard review is based on a Nintendo Switch copy provided by Freedom Games.

RPG Vampire: The Masquerade – Swansong Out Next Month