13 Sentinels: Aegis Rim from Atlus and Vanillaware is a gorgeous 2D sidescrolling adventure in which you’ll fight Kaiju to save the world. The game was originally teased during E3 way back in 2017, and it was eventually released on PlayStation 4 in 2020. It’s now 2022, and the game is finally landing on Nintendo Switch. The trailer and screens in this 13 Sentinels: Aegis Rim probably grabbed your attention since they showcase the awesome art style for the game, something that Vanillaware is known for thanks to great games such as the excellent Dragon’s Crown Pro or the just as great Odin Sphere Leifthrasir.

As the name suggests, for this journey, you’ll be taking on the story of 13 characters who must come together to overcome all odds to fight the Kaiju known as Deimos. The game will jump through different time periods to tell its story as you follow the non-linear narrative to find a way to stop the Deimos, who invade Japan in 1985, wreaking havoc all over the place. To be able to stand a chance, your characters will each gain control of a giant Sentinel, a powerful mecha that can turn the tide of battle before it’s too late. As for the thirteen characters you’ll control? They are Juro Kurabe, an otaku who is troubled by strange dreams; Iori Fuyusaka, an outgoing student who likewise has dreams similar to Juro; Ei Sekigahara, an amnesiac young man pursued by a mysterious organization; Keitaro Miura, a young man from World War II-era Japan; Takatoshi Hijiyama, Miura’s upperclassman from the same time period; Nenji Ogata, a good-hearted delinquent; Natsuno Minami, a track team member fascinated by the occult and UFOs; Shu Amiguchi, a playboy with a kind heart who discusses his dreams with Juro and Iori; Yuki Takamiya, a notorious sukeban – a.k.a. delinquent girl – who is also the childhood friend of Natsuno; Tomi Kisaragi, a girl from 2025 who has been sent back in time to 1985; Megumi Yakushiji, another girl from 2025 who is in love with Juro; Ryoko Shinonome, a sickly girl tasked with pursuing an escaped prisoner dubbed “426”; and Renya Gouto, a stern young man from 2065 who ultimately leads the Sentinel pilots.


13 Sentinels: Aegis Rim presents to gamers three different gameplay segments for each character, mixing up genres in the process. Remembrance segments are 2D exploration sequences in which dialogue will be the top priority, allowing the narrative to move forward by way of interactions that end up feeling close to what is offered by visual novels or adventure games. The choices you make along the way will have an influence on the overall narrative by way of the Thought Cloud, which registers important keywords and names that can be used to open up new dialogue. Since the game is fully voice acted – in both English and Japanese – there’s going to be a lot for you to take in! 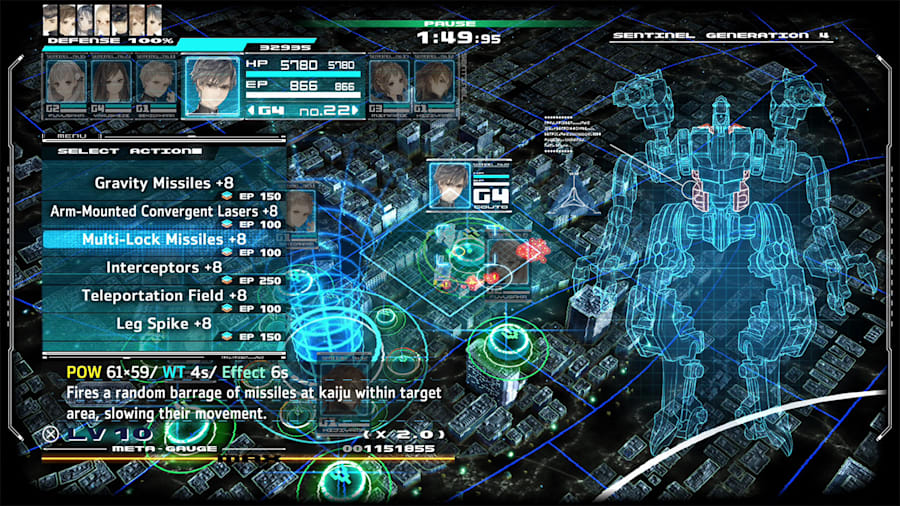 You’ll be able to walk around each area as you talk to other characters and check any potentially useful items. If you have a keyword that can be used, you can press the X button to access it. Any keywords from the Thought Cloud that have not yet been checked will have a red-colored icon displayed. Keywords can also be checked on their own by pressing X on them without interacting with anyone else. This will allow you to see your character’s thoughts on said keyword. Sometimes you’ll have to use keywords to be able to progress further in the game so that you can remove the lock icon from one of the character’s story paths.

The action-packed segments are known as Destruction. It’s during these that you’ll get to control each character as they pilot a Sentinel to fight against the Deimos. It’s a real-time strategy scenario in which you’ll move your pilot around each area as you select from the different weapons at your disposal. Use machine guns for the less powerful enemies, and make the most of the multi rocket launchers to unleash a world of hurt upon groups of Deimos. First, select which weapon you’ll use, adjust the range of attack for each weapon with the left analog stick, and destroy de Deimos.


For these segments, you’ll have to keep in mind the different stats for your characters and the Sentinels they will pilot. Once you progress further in the game, you will get to choose up to six characters to be part of your Destruction strike team that will take on the Deimos head-on. The rest of the characters that are not selected for this role will act as the defense team. Sentinels differ between 1st to 4th generation models, having different weapons depending on which Sentinel is being piloted. As for the stats to consider for each Sentinel, they include its HP – a unit’s total energy that will allow it to sustain damage before being destroyed, EP that is used for activating weapons, BOL, which can lead to brain overload for a pilot, which will force you to allow said pilot to rest. ATK determines the attack power for damage dealt, while DEF is for a Sentinel’s durability. SPD will determine its mobility as well as its wait time recovery speed. ACC dictates that mecha’s precision as well as its critical hit percentage. Your characters will gain experience points and level up, and the Sentinels can be improved by spending the Meta-chips obtained in battle.

As you defeat more and more enemies, your Meta-Gauge at the bottom of the screen will fill up. Once it’s reached it’s max capacity, you’ll be able to use a powerful Meta-Skill. The Meta-Skills include the powerful Phase Plasma EMP, which makes the terminal you’re defending unleash an EMP pulse that will halt the movement of all Kaiju, while also making aerial Kaiju drop from the sky – with the bonus of damaging all enemies in the process.


The third gameplay segment is Analysis. As you’ve probably guessed by now, during the Analysis segments, you’ll be reviewing the information obtained from playing through the Remembrance and Destruction segments. You can view the different events from Remembrance in the Event Archive, reviewing the information from each one in chronological order. There’s also the Mystery Files section, where you can spend the Mystery Points obtained during the Destruction segment to unlock new items for this section. I had been looking forward to checking out 13 Sentinels: Aegis Rim on Nintendo Switch, and I’m here to report that the wait has certainly been worth it. There’s a ton of content to enjoy in this one, with a non-linear story split into three different gameplay segments that will easily keep you busy for well over 30 hours. Vanillaware has given us a gorgeous game on Nintendo Switch with a huge story, fun battle sequences, and 13 protagonists that will take you on a journey that makes this a must-play on Nintendo’s console. 13 Sentinels: Aegis Rim is out with a $59.99 price. 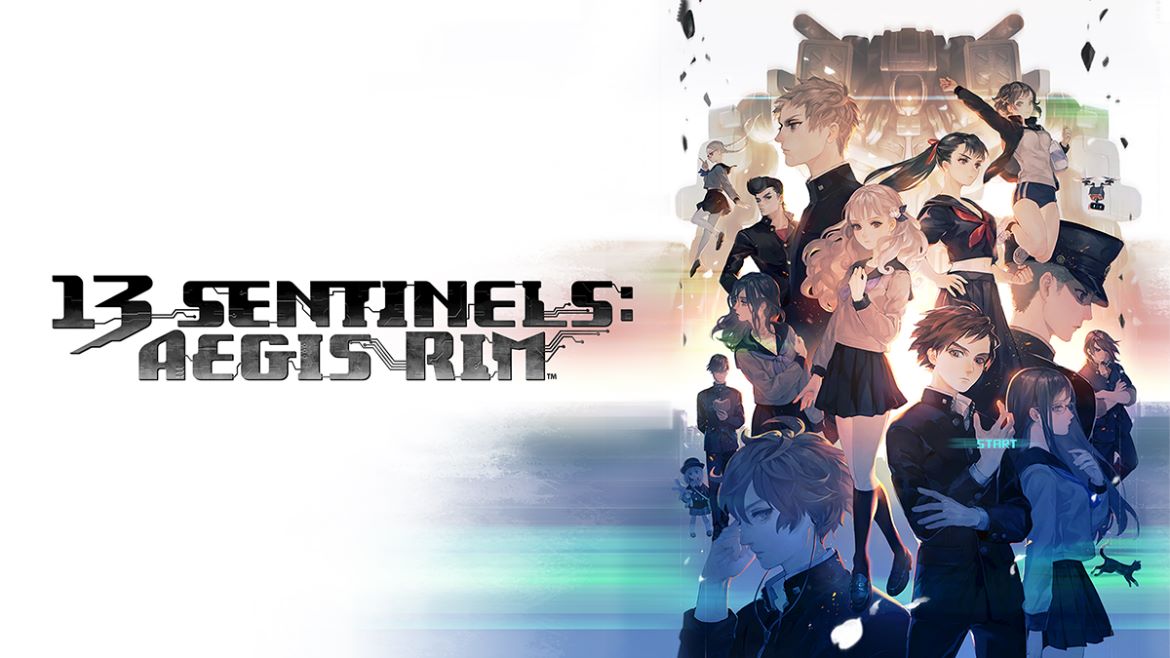 Disclaimer
This 13 Sentinels: Aegis Rim review is based on a Nintendo Switch copy provided by Atlus.

AI: THE SOMNIUM FILES – nirvanA Initiative Out In June