Fast & Furious: Spy Racers Rise of SH1FT3R from Outright Games is ready to go on PlayStation 5 after spending some time on PlayStation 4. The game is based on the Universal Pictures and DreamWorks Animation series, and on PS5 it now features a boost to the game’s graphics, framerate, and resolution. You’ll be able to race as the different characters from the hit series, and each character will have different stats to consider in Max Speed, Acceleration, Drift, and Handling, which will change how you take on each race. The game can be played in one of three difficulty settings: Beginner Spy (Easy), Licensed Spy (Medium), and Professional Spy (Hard).

For Fast & Furious: Spy Racers Rise of SH1FT3R, you can play on a Spy Tournament, which is the game’s equivalent of a Story Mode, take on a Quick Race, go into local or online Multiplayer, take on the tutorial to learn the basics, or visit the Yoka Shop. At the Yoka Shop, you can use the Yoka Coins you collect during each race to purchase new characters, additional skins for each racer’s cars, unlock extra songs, purchase stickers to apply to cars, or add a variety of items to decorate your headquarters.


The story for the game mentions that with criminal organization SH1FT3R, it’s time for your time to act before its too late. You’ll have to go undercover and take part on a high-stakes racing tournament to defeat each of the members of SH1FT3R to become the champion while destroying the organization before it can boost its power. You can enjoy Fast & Furious: Spy Racers Rise of SH1FT3R either on your own, in local two player co-op, or go online in races for up to six players at the same time.

How do you play, you ask? You can accelerate your vehicle with the R2 button to increase its speed, steering with the left analog stick or the D-Pad. The L2 button can be used to break, and once your car has come to a complete stop, it will activate the reverse. To drift and take closer turns, you can press the L1 and R1 buttons as needed. The right analog stick is used to look around you, so that you can be aware of your surroundings. If you’re ever stuck, press on the Touchpad to quickly respawn.

As for the trophies, the game features a full trophy list with a Platinum trophy, and since this is now a Cross-Buy release, you’ll get the PlayStation 4 and the PlayStation 5 versions, with each one having its own trophy list! The list includes 9 Bronze trophies, 7 Silver trophies, and 7 Gold trophies. You’ll get a trophy for completing the tutorial, for completing each championship in the Spy Tournament in first, second, or third place, for winning your first online race, for winning five online races, for taking part of the final race, for buying all extra racers, one extra song, and the arcade cabinet.

Fast & Furious: Spy Racers Rise of SH1FT3R is a fun all-ages racing game based on the hit series from Universal Pictures and DreamWorks Animation that is easy to recommend to fans of the series and racing fans. It has easy to pick up controls, three difficulty settings, different gameplay modes to take on, and a full trophy list, and it’s now a Cross-Buy title, so your $39.99 purchase will get you both the PlayStation 4 and the PlayStation 5 versions of the game at no extra cost, with each one having its own trophy list. 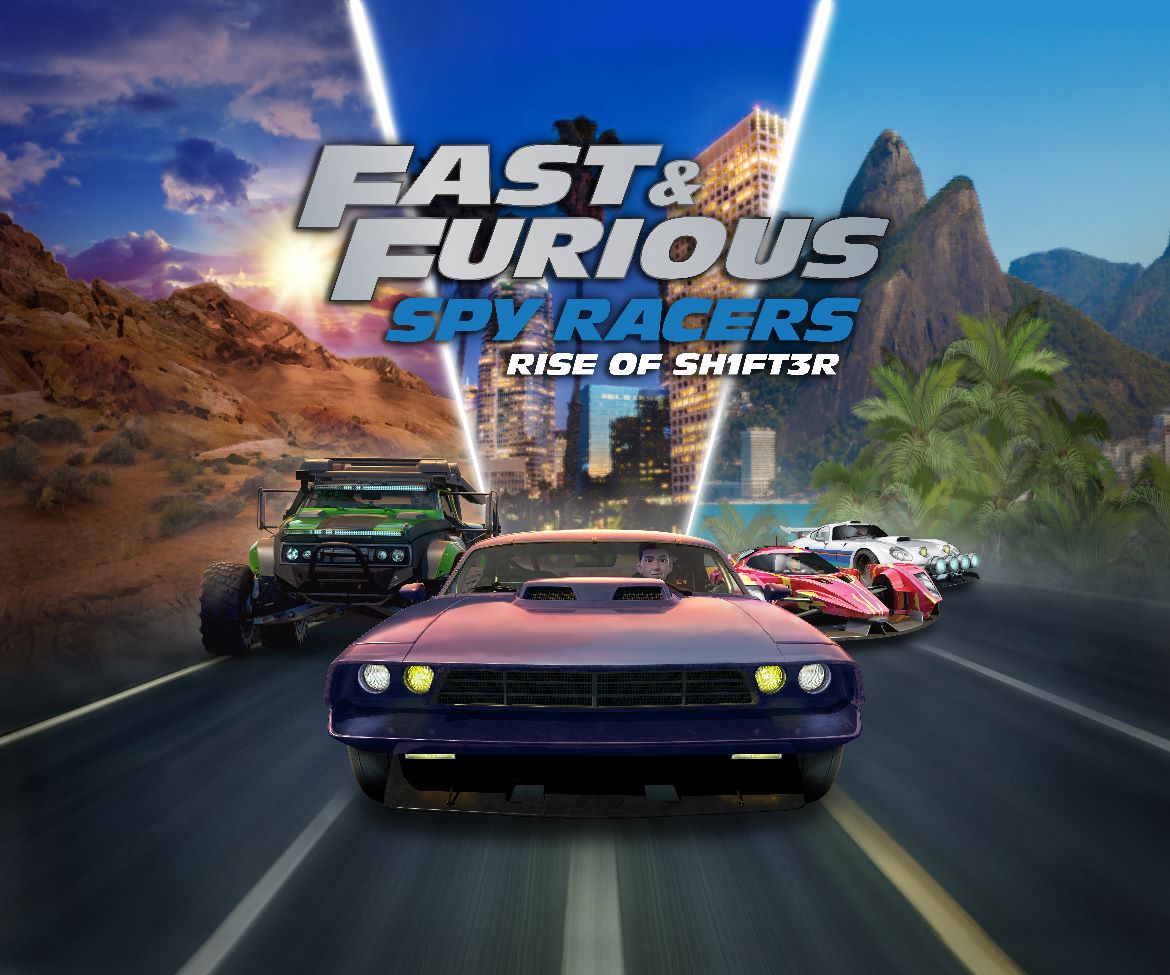 A fun all-ages racing game based on the hit series

Disclaimer
This Fast & Furious: Spy Racers Rise of SH1FT3R review is based on a PlayStation 5 copy provided by Outright Games.