In Skautfold: Shrouded in Sanity from Red Art Games you’ll play as a formerly dead warrior who has been given a new task. The game is set in the alternative historical setting of 1897 Angelic Empire of Britannia. Your goal is simple: sign a contract to live. To fulfill the contract, you must eliminate the source of the unnatural fog enveloping the Berelai Manor. This will lead you to go up against four deadly knights as you make your way towards the King himself! Waltham is the name of the individual who will own your life by way of the aforementioned contract. 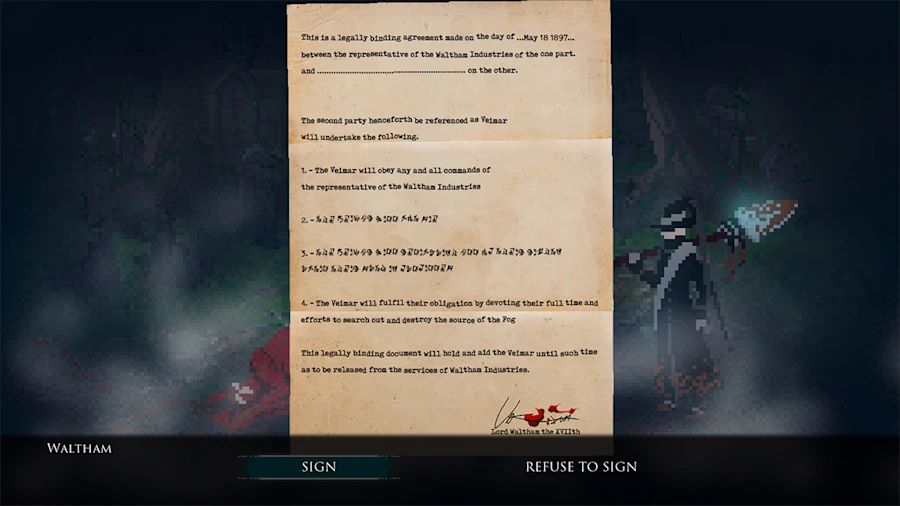 Once you’re ready to start, you’ll control your character with the left analog stick, interacting with the X button and dashing with the Circle button. The R1 button will be used for standard attacks, while the R2 button will unleash a more powerful but slower attack. You can block with the R2 button and can shoot the limited ammo in your gun with the R1 button. You can also roll with the Square button to avoid traps or enemies and can heal your wounds with the Triangle button, as long as you have a healing syringe on you.


These healing injections are made of Vitae, and you can collect some of it from the corpses of the enemies you defeat. Said enemies are the staff of Berelai Manor who have gone insane because of the fog, and they’re out for blood! You’re going to, therefore, have to defend yourself if you don’t want to end up dead, collect the Vitae from their bodies, and use it to fill up the healing syringes that will help you move one step closer to redemption. 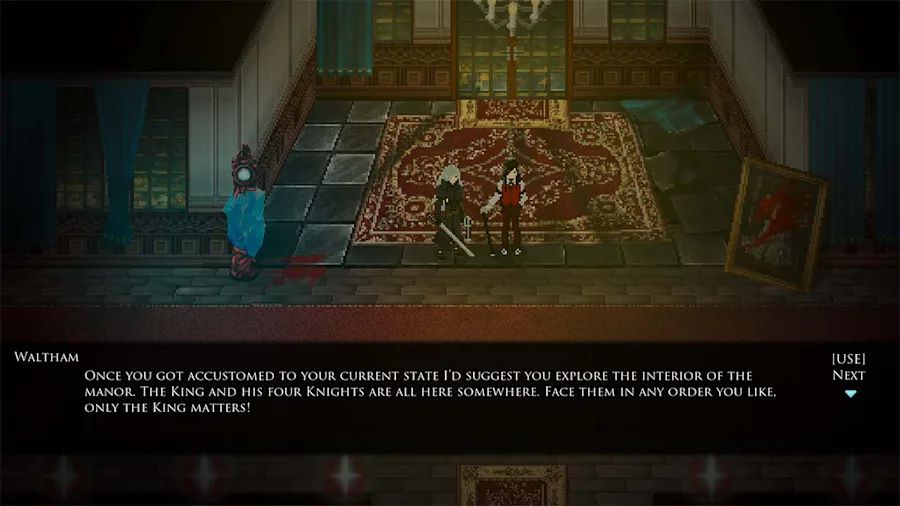 You can also collect Yth Stones as you defeat enemies. These are very important since once you have managed to collect three of them, you’ll be able to burn them near the starting room in order to boost your stamina. This might not seem like much, but you do need to remember that every action you take – be that running, rolling, attacking, blocking, or parrying an incoming attack – will use up stamina. Burning six Yth Stones to gain an extra 30 points of stamina will certainly make a big difference against the first boss. Who knows, you might even get to boost your health bar and strength!


Speaking of bosses, while there are four knights in the game that act as the boss fights leading up to the final battle against the King, you won’t need to beat each of them in order to get a shot at completing the game. You’re going to die a lot in this one since when you find a boss, you’ll have to learn its movement and attack patterns before you can even stand a chance, and this will often lead to your death. You can take on the four knights in any order you want since you’re free to roam around the mansion and its immediate surrounding areas as you please. 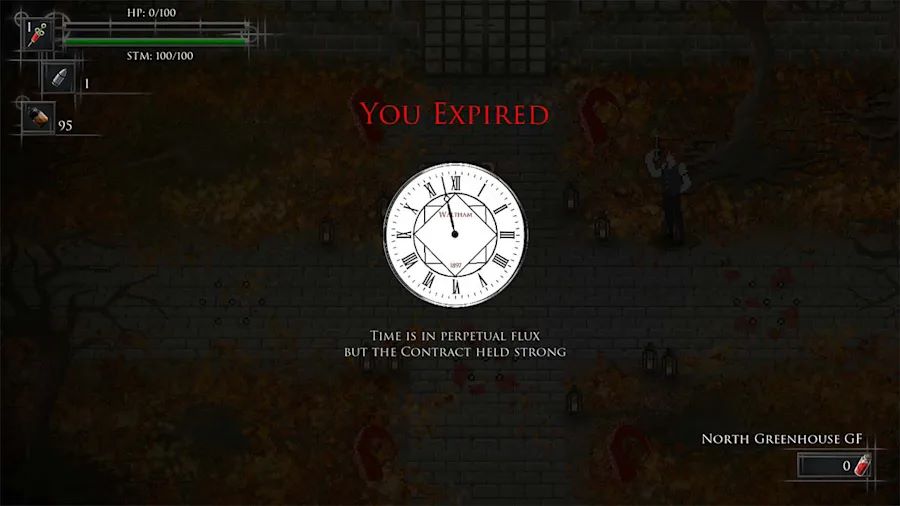 Death lurks around every corner, so you’ll have to be ready for failure every step of the way. When you die, you’ll notice a clock moving backwards, which represents your sanity. Death and other specific actions will make you lose some of your sanity. The crazier you get, the crazier things will get in the game. Enemies will start to look weird. You might see some enemies blink in and out of existence. Your opponents will also become stronger, and you will get a chance to fight an optional boss that can only be reached when you’ve lost your mind.


Trophy-wise, Skautfold: Shrouded in Sanity has a full trophy list that is split into 2 Bronze trophies, 9 Silver trophies, and 8 Gold trophies to unlock before you can add one more Platinum trophy to your collection. The easiest trophy in the lot will be for dying, which you really won’t need to work that had for. Another trophy will pop if you refuse to sign the contract with Waltham, and it will instantly send you into game over territory. Along with those, there are trophies for beating each of the knights, for defeating the King, for getting each of the game’s four endings, for starting the New Game+ Mode, for beating said extra mode, and for completing a couple of miscellaneous objectives – extra boss fight included. 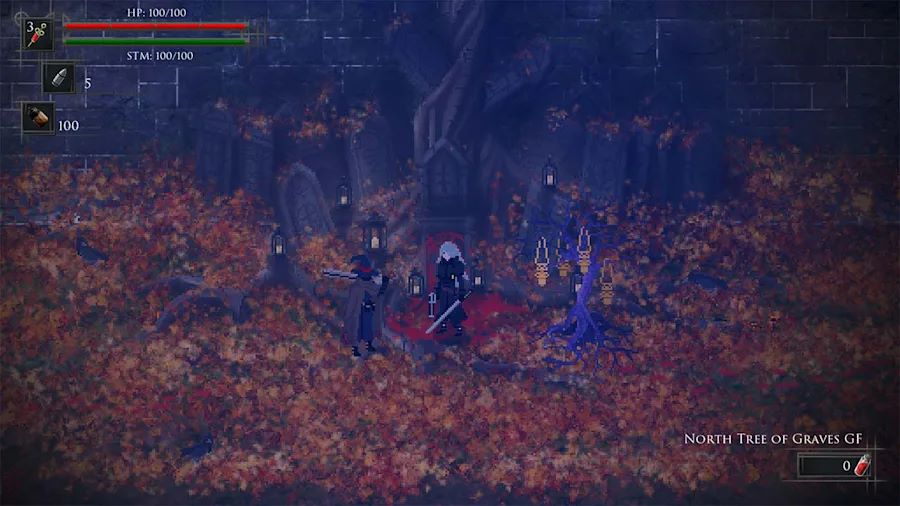 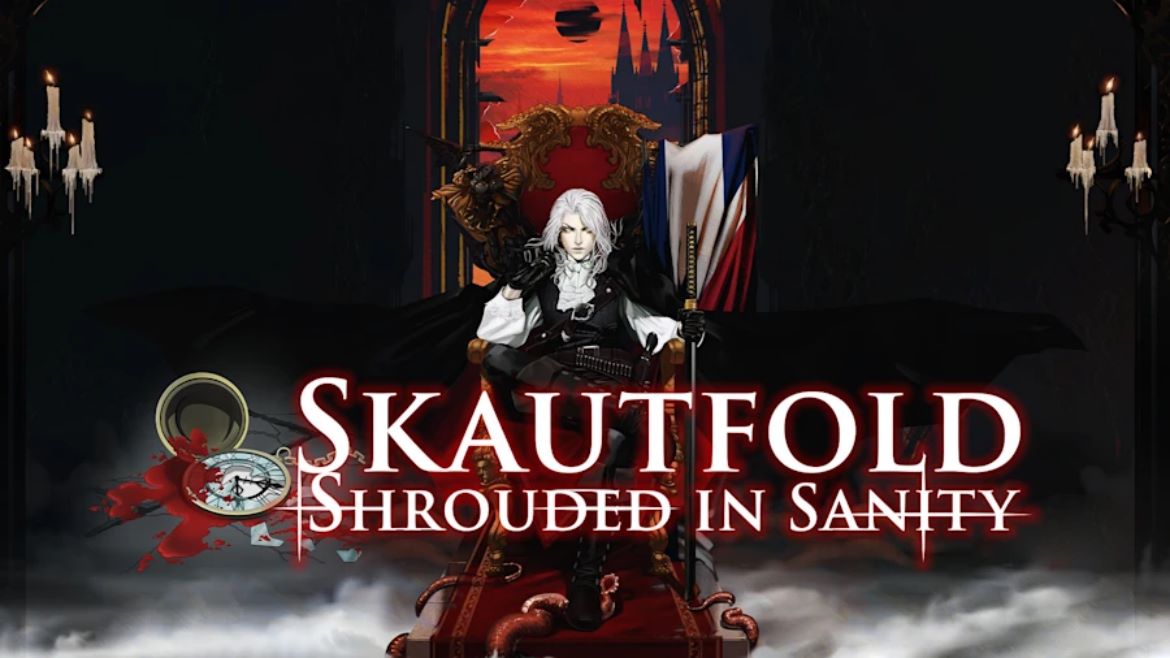 Disclaimer
This Skautfold: Shrouded in Sanity review is based on a PlayStation 4 copy provided by Red Art Games.

Catie in Meowmeowland Out Tomorrow