Wife Quest from eastasiasoft and Pippin Games is a 2D retro-style action platformer in which you’ll help Mia rescue her husband, Fernando. He’s been kidnapped by Dark Elf Morganna and her group of monster girls, and you must explore the countryside, caves, castles, and more as you defeat all of the regular enemies and the bosses that stand in your way! You’ll have to search high and low as you explore each location since you never know where a power-up or a set of treasure chests will be hidden! You’ll control Mia with the left analog stick or the D-Pad as you jump with the X button and attack with the Square button. After defeating an enemy, stand on top of them and press down on the D-Pad to completely destroy them and to add their animation to the Gallery – more on this in a bit. Once you collect the magic shield, you’ll be able to block attacks by pressing the Triangle button while also reflecting projectiles. If you have a healing potion on you, it can be used with the L2 button to heal some of your wounds.


At the end of each level, you’ll get to see how many treasure chests you’ve found if you collected all hearts and crystals if you grabbed all special collectibles in the level, how many enemies you defeated for each type of monster girl you can run into, how many coins you have collected, and your overall completion time. This will let you know if you’re missing something so that you can give it another try once you’ve added some new abilities to your arsenal and have booster your character’s potential. Defeating bosses will allow Mia to gain new skills and abilities, which, as expected, will allow you to go back to some areas to gain access to new spots you otherwise wouldn’t have been able to reach. For example, you’ll gain a glide ability after defeating the first boss in the game. How? Well, because you ripped out her wings and started to use them… duh! But you’ll first need to pay attention during a boss fight to learn a boss’ movement and attack pattern, or you’ll quickly be destroyed. Trial and error are key if you want to stay alive, so even if you are defeated, you’ll learn from your mistakes as you give it another go.


All of those coins that you collect by defeating enemies and opening up treasure chests can be put to good use at the shop. While there, you can purchase hearts to recover your lost health, crystals to recover your mana, potions you can take with you to recover while out fighting, a backpack to add some inventory space to the equation, or even increase your overall health and mana totals! You can also boost the attack power of your sword so that you can deal more damage or change your character’s look. If you want to 100% the game, you’ll also need to work on completing Ymir’s challenges for each area. These include things such as collecting all treasure chests on a stage, completing a level within a set time limit or defeating all of the monster girls on the level. There are also several images, animations, and songs to add to your collection so that you can check them out again and again in the Gallery.


And then, there are the trophies for Wife Quest. This is a full trophy list with a Platinum trophy at the end of the road once you’ve managed to grab the 6 Bronze trophies, 5 Silver trophies, and a whopping 9 Gold trophies. You’ll pop the one called Jealous Wife when you start your adventure. Another one will pop when Fernando is kidnapped. Talk to Ymir, and you’ll learn about Morganna’s plan and get a trophy. Several trophies will pop as you buy stuff at the store, since there’s one for buying a bag and a potion, for buying all bags, for buying the first set of upgrades for your sword, armor, and magic stone, another one for buying all upgrades for your sword, armor, and magic stone, and for buying every single item at Ymir’s store. After that, you can get a trophy for defeating the bosses, completing the mini-game, beating the game, and for starting the Magic Mode, which you unlock after beating the game. This is not a short Platinum ride, but it’s a fun one! Wife Quest was a pleasant surprise on PlayStation 5. Sure, there’s some fan service since all enemies are female characters that are presented with a lot of cleavages and a bit of a bounce to their way, but you shouldn’t let this get in the way of your enjoyment of the fun gameplay mechanics, the colorful locations you’ll explore, and the Platinum trophy you can add to your collection once it’s all over. This is a Cross-Buy title, so you’ll get both the PlayStation 4 and the PlayStation 5 versions of the game for a low price of only $7.99, and each version has its own trophy list. 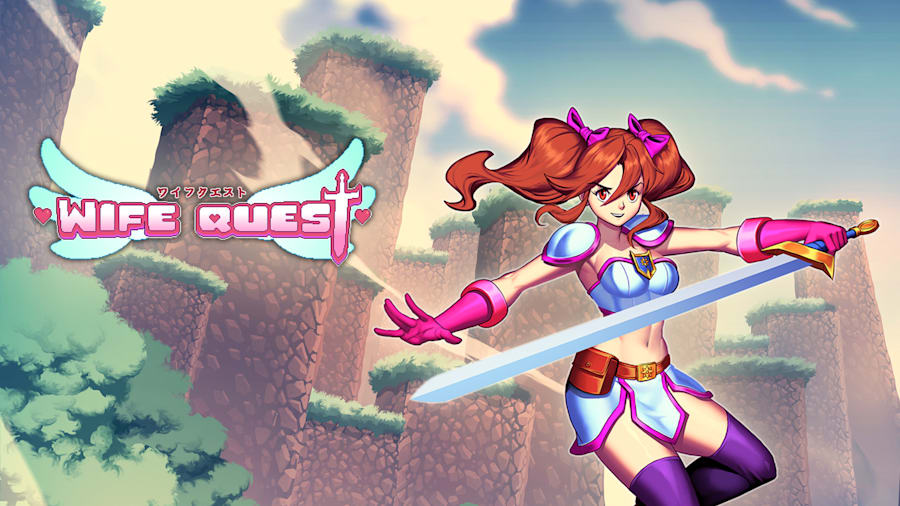 A fun 2D action game with some fan service

Disclaimer
This Wife Quest is based on a PlayStation 5 copy provided by eastasiasoft.

Omega Rugal On Its Way To KOF XV!