Royal Frontier from Ratalaika Games and Woblyware is a colorful turn-based roguelike strategy adventure on PlayStation 5. Your task is to escort the wagons of the settlers who are ready to take on a 45-days journey to a new land. Unfortunately, there are bandits, dangerous animals, and monsters on the paths they can take. Every node will present you with a regular fight, a mini-boss fight, a treasure chest, a random event, a town where you can recover some of your health or PP, a shop to buy equipment or items, or a boss fight. 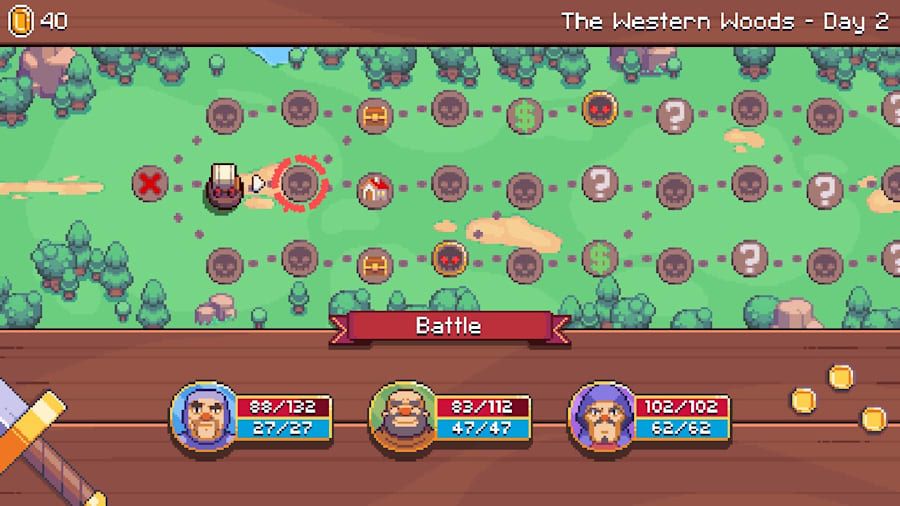 You’ll start your un with three characters: Rodric, Roman, and Ghazan. To give you a heads-up on what to expect, Rodric is a soldier-type character, so he’ll be the one that deals a lot of damage to enemies. Roman is a healer and will be in charge of keeping everyone in the best shape possible. Ghazan is a wizard, and if you use his skills as best as possible, he has the potential to deal a ton of damage. You can unlock more characters as you do more and more runs, and you’ll also start to unlock Blessings. 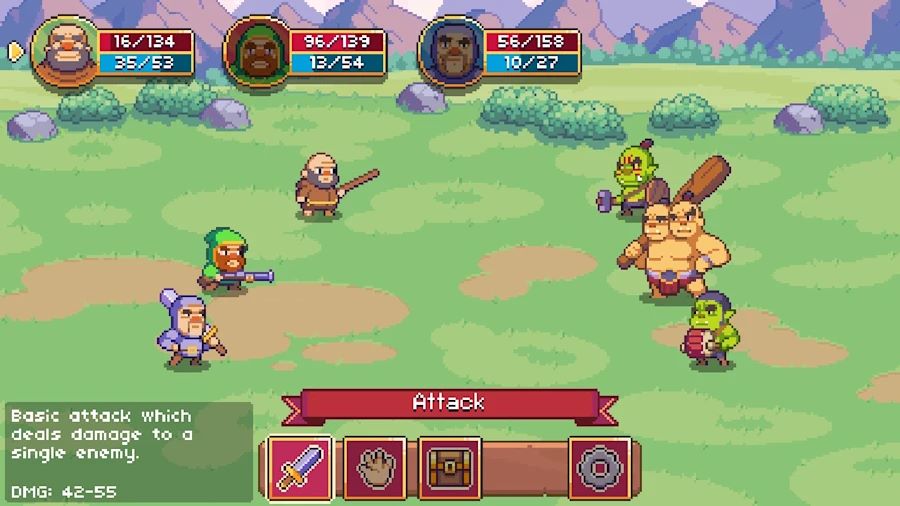 
As you defeat enemies, optional bosses, bosses, and open treasure chests, you’ll be rewarded with experience points, single-use items, equipment to boost the stats of your party members, or gold. As expected, experience points will allow you to level up your characters so that they can gain access to additional skills while also getting to select between three stat boosts. Items can only be used during battle, so be sure to pay attention to your party’s health points so that you can use a healing potion at the right time! Equipment can be changed between battles. As for gold, it can be used to cover the cost of some of the random events you’ll run into or to purchase items at the stores on the map – which are marked by a $ sign. 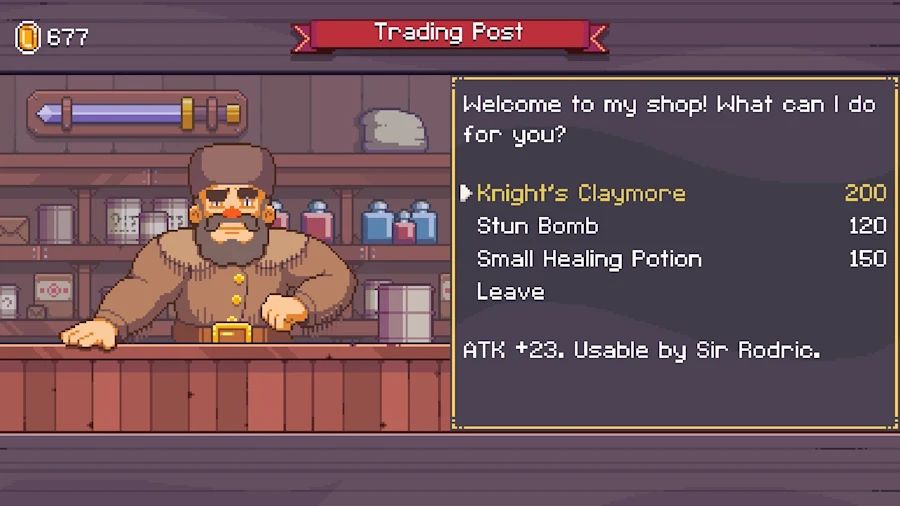 Trophy-wise, this one has a full trophy list with a Platinum trophy. The list includes 9 Bronze trophies, 9 Silver trophies, and 7 Gold trophies. You’ll have to survive for 5 and 10 days, with each day corresponding to one of the tiles you’ll explore in the game. You must also defeat 10 and 20 enemies during a single run, as well as collect 5 consumable items. Discover 3 weapons in a single run, deal 50 and 100 points of damage with a single hit, use 5 scrolls in a single run, deal 100 points of damage with a special ability in one hit, loot 1,000 golds during a single run, and defeat an optional boss. 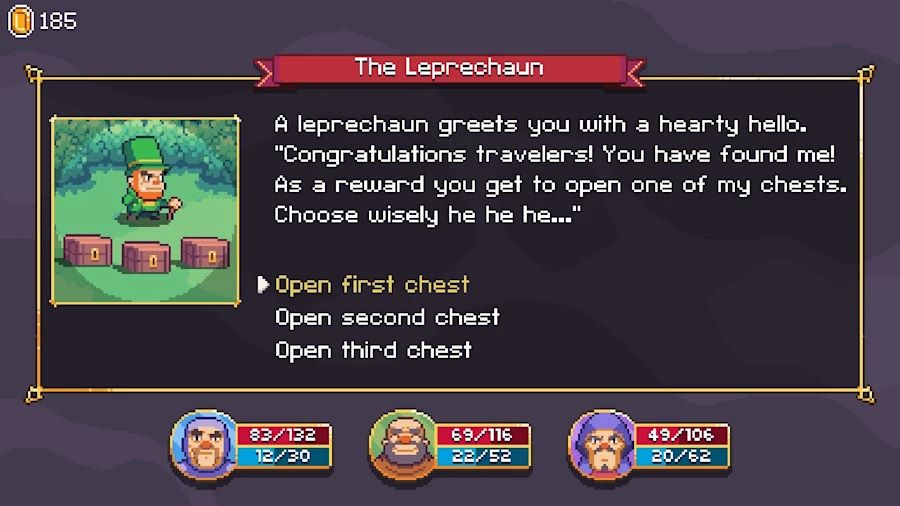 Royal Frontier from Ratalaika Games and Woblyware is a colorful and fun turn-based roguelike strategy adventure on PlayStation 5 that will test your skills the further you progress in a run. You’ll learn from your mistakes as you discover the attack patterns of your enemies as you level up your characters, improve their equipment, collect scrolls and items, and prepare to fight the big bad boss at the end of each path. It offers an addictive gameplay loop that will keep you coming back for “just one more run” as you find the best tactics to make it to the end. Royal Frontier is out as a Cross-Buy title, so you’ll get both the PlayStation 4 and the PlayStation 5 versions of the game for a low price of only $6.99, with each version having its own trophy list for you to add one more Platinum trophy for your collection. 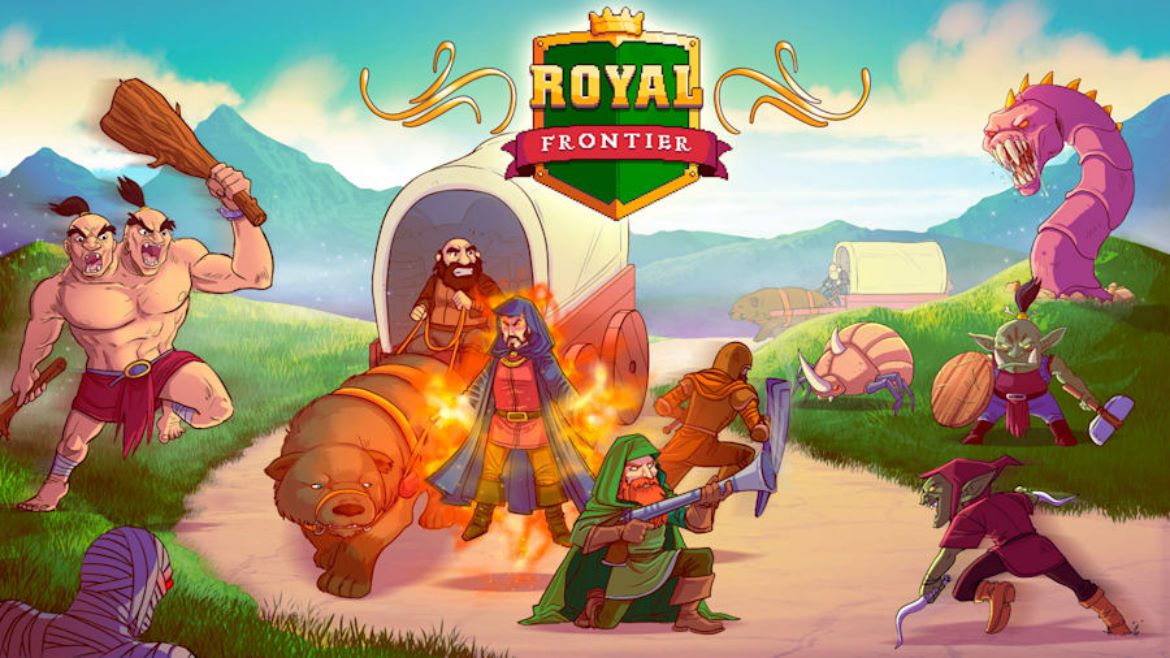 Disclaimer
This Royal Frontier review is based on a PlayStation 5 copy provided by Ratalaika Games.