Monster Crown from Studio Aurum and Soedesco is a retro-looking Pokémon-esque experience on PlayStation. Learn more in our Monster Crown review!


Dive into a dark world where monsters rule and make pacts with them to defeat an evil young woman seeking power. Hunt, battle, tame and breed monsters to create your own legacy. Together with your monsters, you can restore the balance to Crown Island.

Monster Crown from Soedesco and Studio Aurum begins as you are take control of a young boy, helping your family on your farm. After a few events, things get silly, and you’ll get an actual monster from the post office delivered to your door! As you can expect from a Pokémon-esque experience, your dad will send you on a mission out into the wild to train your monster by yourself – you’re 14, by the way.

As you exit your farm, you’ll be free to walk on the land, and you’ll fight monsters that you encounter. The combat system is very similar to the one found in a typical Pokémon game, and, as you can imagine, the trick is taming monsters and adding them to your team. You can have up to five monsters in your team, and it is recommended to have one of each element to maximize your attack power. Once an enemy has its health decreased enough, you can try taming it by offering an item. If it’s impressed by you, it will join your team and become a playable monster! 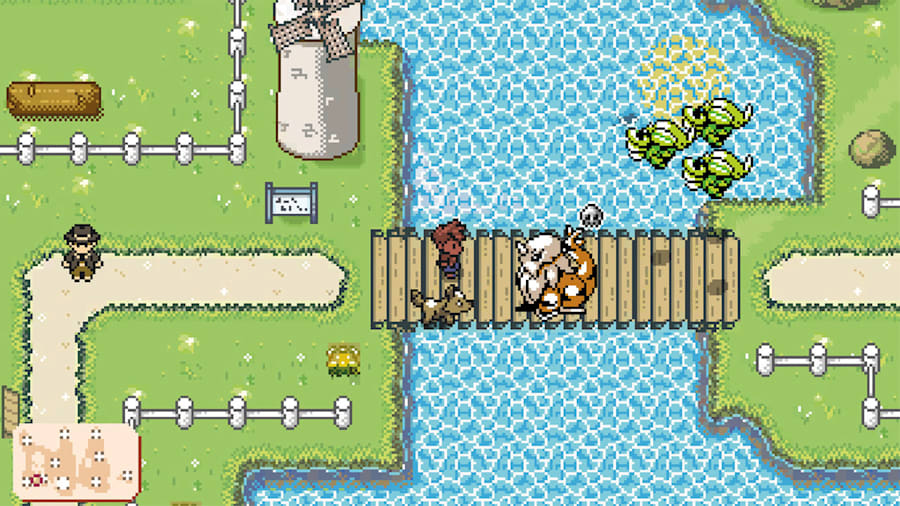 Each monster has one of the five elemental types, so you’ll have to use an attack that counters it to do maximum damage. This also works in reverse so you can have a monster in your team weak to the enemy attack. The elemental types were uncommon, and their logos were strange, but at least when you are selecting an attack, you’ll immediately see if this is advantageous because it has a spark next to it. The bosses were a huge step up from the actual game, and I needed to grind a few times when encountering them before being able to win the fight.


There’s an option that I definitively recommend checking that allows experience points to be sent to all of your monsters at once instead of only those who have participated in the fight. This will greatly reduce the grinding needed to beat bosses! You can also breed monsters together and create new monsters for your team that will also inherit traits from both parents!

As for this game as a whole, it felt like it would have benefited from some extra polishing. For example, the main menu, which is accessible by pressing the Triangle button, is a mess. The icons are small, and underneath is a background texture that is similar to said icons. And as the game unlocks new features, the Save button will change place to make space for the other icons, meaning that you’ll sometimes inevitably open the wrong menu. 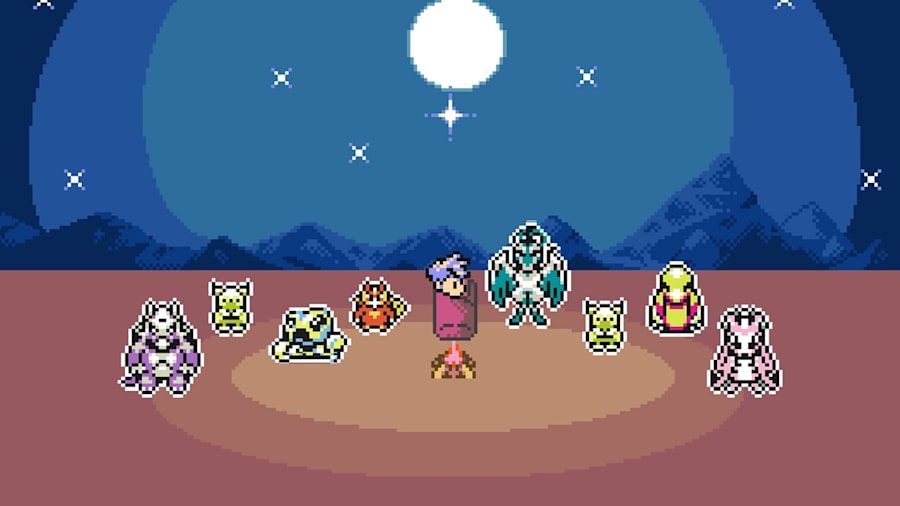 In battle, you’ll notice that text sometimes overflows out of its borders – and yes, I was playing in English. In the tutorials, there were some screenshots over the text that explains how to play – once again in English. And for me, the worst issue is that in the menu, there’s a button titled “Soft Reset.” As you can probably guess at this point, it does reset the game – without confirmation nor a save dialogue.

Monster Crown is built on a game engine that makes it look like it was running on the Super Game Boy. There are only a few colors, and the resolution is low. When you’re walking on the overworld map, scrolling is slightly choppy, just enough to be noticed. I’ve played Ratchet and Clank in full 3D at 60 frames per second, so it was definitely interesting to see a retro-looking game like this one not being fluid enough, which was probably done on purpose. The soundtrack is composed of tracks built at a chiptune level but felt a bit uninspired, and a few of them were even annoying. The overworld theme was nice, but as a whole, the soundtrack felt below average.

Finally, the trophy list is composed of 25 bronze trophies, 2 silver trophies, and 6 gold trophies to unlock before you get a new Platinum trophy. The good news is that none of the trophies are missable, and the whole game can be played on Easy without consequences. If you’re looking for a trophy guide, we can definitively recommend this Monster Crown trophy guide. 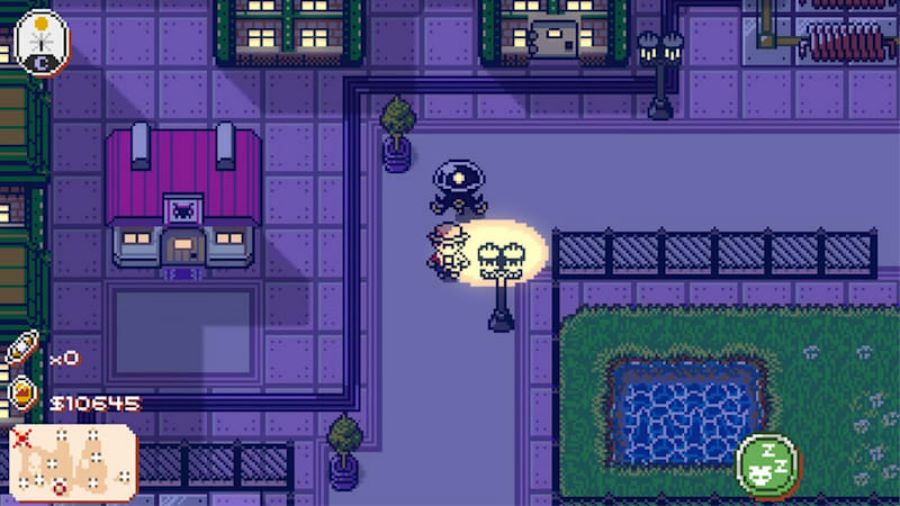 All in all, Monster Crown is a game that could have benefited from some extra polish. There are some genuinely good ideas in the game, but it felt too generic to be enjoyable. The battle system is mostly selecting your most effective monster in any situation, the soundtrack felt below average, and the overall experience was just a bit off. 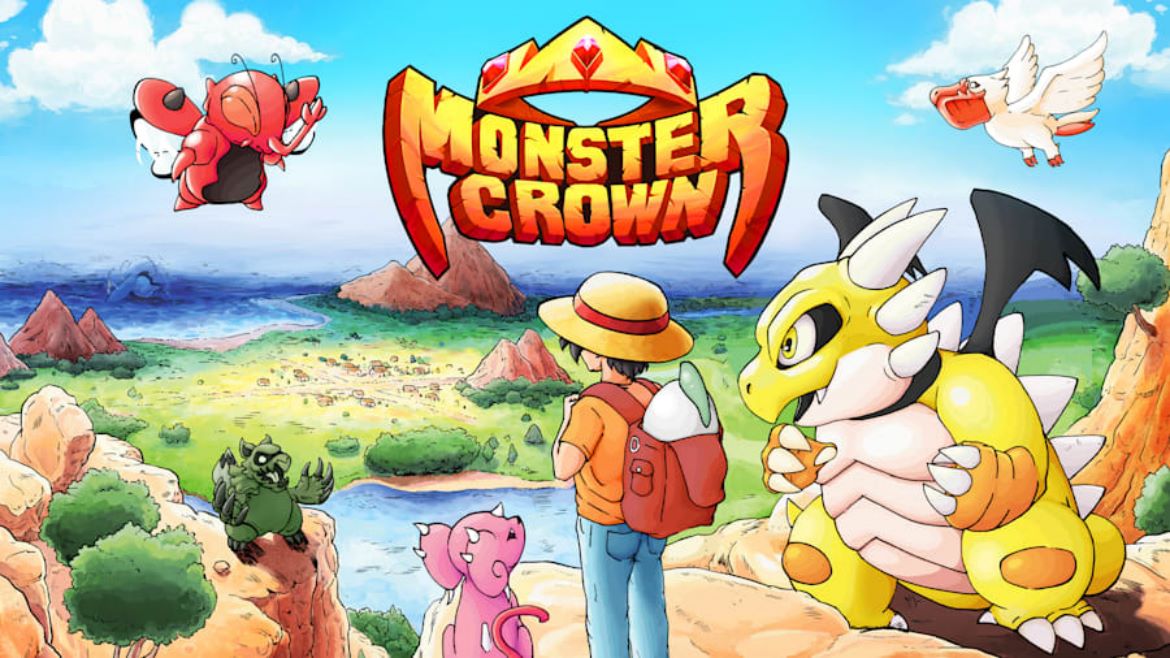 Retro-looking monster taming game that could use some extra work

Disclaimer
This Monster Crown review is based on a PlayStation copy provided by Soedesco.