After releasing on PS4 and Vita, Mekabolt+ by Ratalaika Games and Somepx lands on the PS5 with a new character and more levels to conquer! Find out more in our Mekabolt+ review!

After existing on PlayStation 4 and PlayStation Vita for a while, Mekabolt from Ratalaika Games has now landed on PlayStation 5 as Mekabolt+. A brief intro tells you about Mekapark, a theme park with robots that will help you safely explore the park. Unfortunately, all the batteries of the command center have gone missing, which has caused the robots to go out of control. It’s time as a park technician to go out there and use your Mekabolt to gain control over the robots and find those batteries back.

You will play through small 2D levels, with your goal being to reach the battery to complete the level. You move around with the left analog stick or the D-Pad, jumping with the X button and shooting your Mekabolt with the Square button. Shooting the robots will have different effects depending on the robots, allowing you to solve the puzzles to reach the batteries. For example, robots simply walking around will stop when you shoot them, so you can push them to jump towards higher spots. Other robots will shoot arrows, and others that throw small bombs will turn around, allowing the bombs to reach explosive areas. 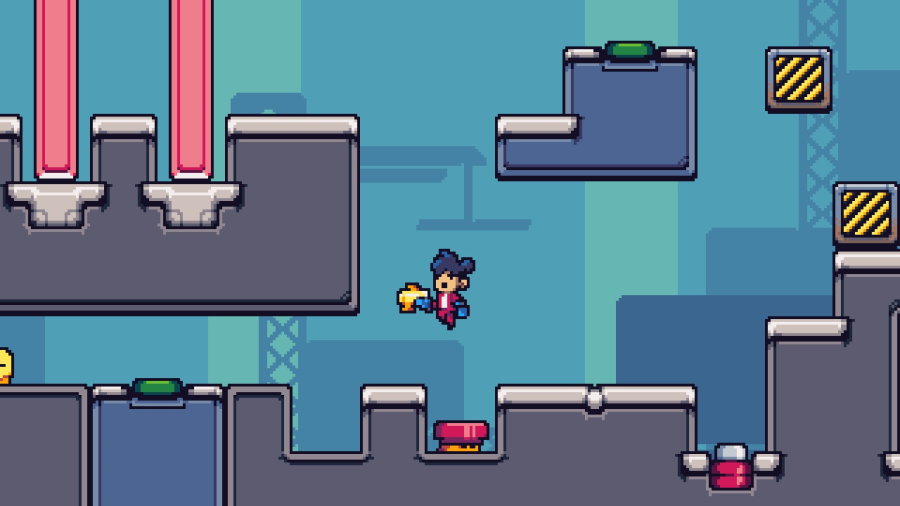 Those are the same mechanics as the previous PS4/Vita version, but this time around, you get an additional 24 levels in which you take control of the owner of the theme park. Instead of being able to shoot, he can simply go next to a robot and pick it up and move it elsewhere. This presents a different dynamic as to how you solve puzzles because you can’t just follow the path and sometimes have to backtrack a little to carry a robot somewhere else-+.

Having already played the PS4 and Vita versions in 2020, I was mostly curious to see what was added compared to the original version. I started by playing the regular levels, which are spread across four worlds, each one with 24 levels. The controls are incredibly simple, and the puzzles in the levels don’t offer much of a challenge to complete. In less than an hour, I had already breezed through the first two worlds! 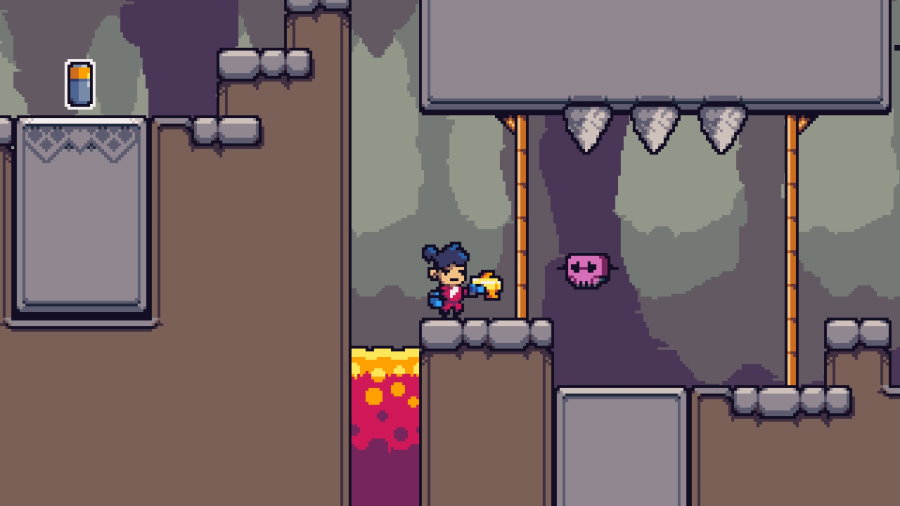 Then I started the additional challenge levels with the park owner, and maybe it’s because I had already played the other levels, but I actually found myself having more fun with those than the original stages. Having to move the robots around changed the game’s dynamic, and although the levels were still relatively easy, there was a bit more thinking involved, thus making things more interesting.

As for the trophies, the list is slightly different from the original game, but not by much. In order to get the Platinum trophy, you simply need to complete the first two worlds of the game (48 levels) and then finish only 10 of the 24 new challenges. That means this is a relatively easy Platinum to get, which made me a bit disappointed to see that the game had the same price as the PlayStation 4/Vita Cross-Buy version. Considering we are now used to having PS4/PS5 Cross-Buy games from Ratalaika Games, it’s a bit weird to see this as a separate release – but at least we get 24 new levels! 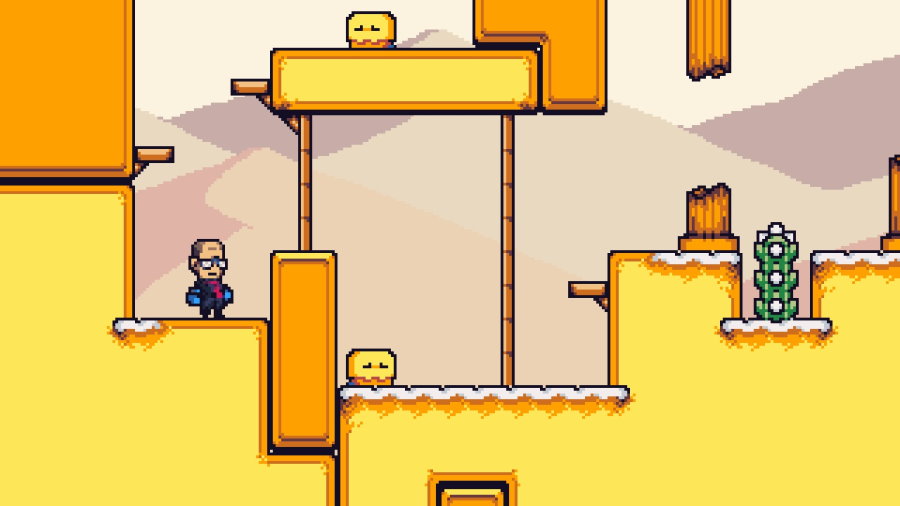 Mekabolt+ is a fun little puzzle platformer that will definitely be a win for trophy hunters. You do get 24 new levels to play with different gameplay mechanics and a new trophy list for a $4.99 price on PlayStation 5. Simple puzzle platformer that is great for trophy hunters!

Disclaimer
This Mekabolt+ review is based on a PlayStation 4 copy provided by Ratalaika Games.