Once upon a time, a mage had a very special treasure stolen by magical evilish creatures!
Play as a powerful mage on a magical adventure to get back your most beloved treasure from evil hands.

In this new Ratalaika Games and lightUp release titled Mages and Treasures, you’ll be following the story of a mage. As he was making potions, he ended up with his (generic) treasure stolen. As expected, he’ll have to go on a quest to recover it. As you begin your quest, you’ll feel right at home if you previously played Super Box Land Demake, because Mages and Treasures is nearly identical to this one. 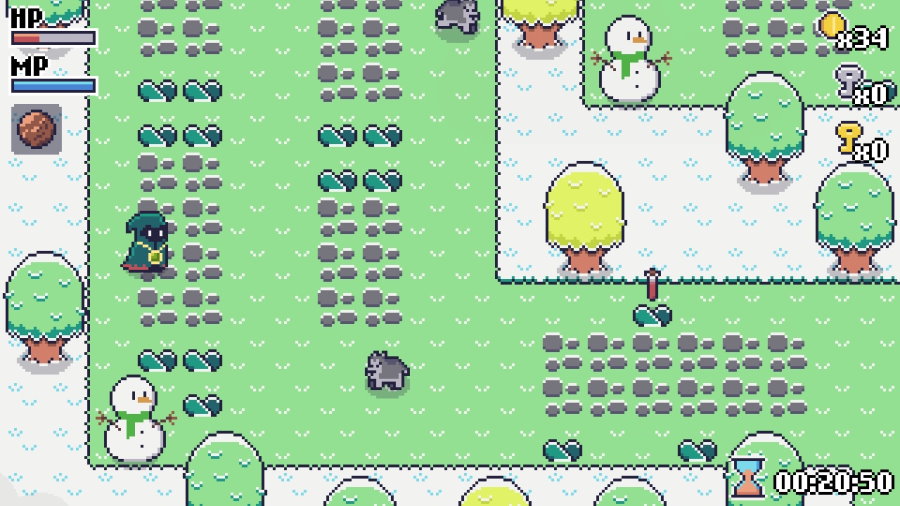 The level design is simple and linear as you’ll often be confined to a single path, and you can’t go around it. There are a few paths that can be taken, but they are often blocked until you have solved some puzzles or that all the enemies on the screen are defeated. You can also toggle an Easy Mode which automatically restores your life and magic after a short period of time, making it way easier to complete the game.


Speaking of the puzzles, they are usually simple enough that you’ll have a good idea of how to solve them as soon as you see them. They usually involve moving barrels over switches or flipping switches. The puzzles are easy, but I didn’t like how you have to be hyper-precise when moving the barrels as they need to be perfectly aligned along each path, or they’ll end up stuck. And since there is often a lot of them to move, this was fairly annoying.

As you progress from location to location, you’ll notice that you’ll often be blocked by colored barriers that have different requirements to let you pass: some are tied to puzzle-solving, and others are for clearing up the monsters on screen. Gold and silver are tied to getting keys to open them, and the most obnoxious ones are the green ones which can be opened simply by walking up to them and pressing the action (Square) button. I searched for a little while about how to get past those since they do not follow the same pattern as the other barriers until I pressed the Square button next to them. 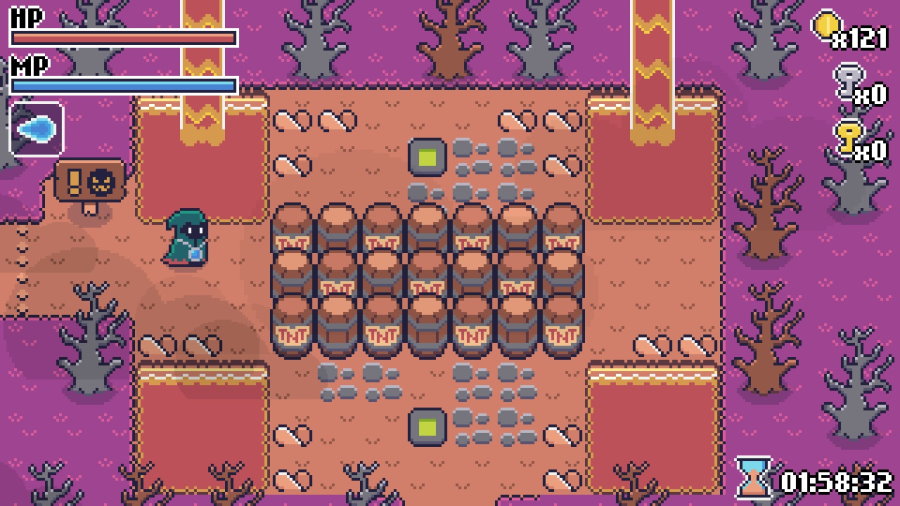 After finishing a zone, you’ll meet up with a boss, and I liked how the fights unfold. When a boss goes down, you’ll unlock the next zone, which will give you more extraordinary magic powers for your quest. On the magic subject, I thought that the hit collision wasn’t great, and you must be precisely lined with an enemy for the hit to register. Also, you can’t spam the button because when you’re too quick, magic doesn’t register either.


On the presentation side, as mentioned before, this game is very similar to Super Box Land Demake. Each world has its own visual and background theme. I liked the different weather effects and the calm soundtrack, but it’s a game that does not stand out on PlayStation 5.

Being a Ratalaika Games release, you can expect there to be an easy Platinum trophy waiting for your collection, and this one is no different since, if you know what you’re doing, the Platinum trophy can be obtained in 30-40 minutes at most. The trophy list is short, with only 11 gold trophies to unlock before the Platinum. They are awarded for finding items (which will definitively be on your way), solving a few puzzles, finding a few coins, defeating 100 enemies, defeating the first boss, and encountering the second one. 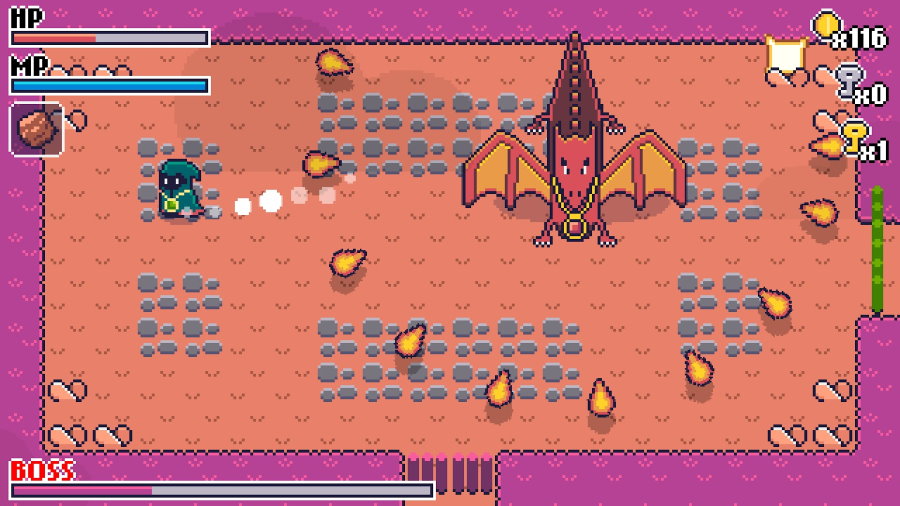 Mages and Treasures is a generic puzzle adventure game in which you’ll move barrels, press switches, and fight enemies to recover the main character’s treasure. I liked how the game can give you two new Platinum trophies for the price of a single game thanks to it being Cross-Buy, but the puzzles themselves felt redundant in the long run since they lack variety. This game is, however, easy to recommend to trophy hunters, given that a run in each version of the game would take you around 30 minutes on average.

If you’re looking for help to get you through this adventure, check this video trophy guide for Mages and Treasures. Disclaimer
This Mages and Treasures review is based on a PlayStation copy provided by Ratalaika Games.

Team Garou Is Ready To Fight!