[PlayStation 5] Dawn of the Monsters Review


Dawn of the Monsters from WayForward and 13AM Games is a new fighting game with giant everything. Do you remember the awesomeness that was/is Neon Genesis Evangelion? No? Well, it is only the best anime and Manga mecha series of all time! You know the drill: a bunch of Kaijus, called Angels, come to earth to basically mess things up for us humans. Long story short, they succeed. But life finds a way, and humans mount a counterattack by creating some giant robots/angels to fight back to save humanity from the neverending Angel attacks. 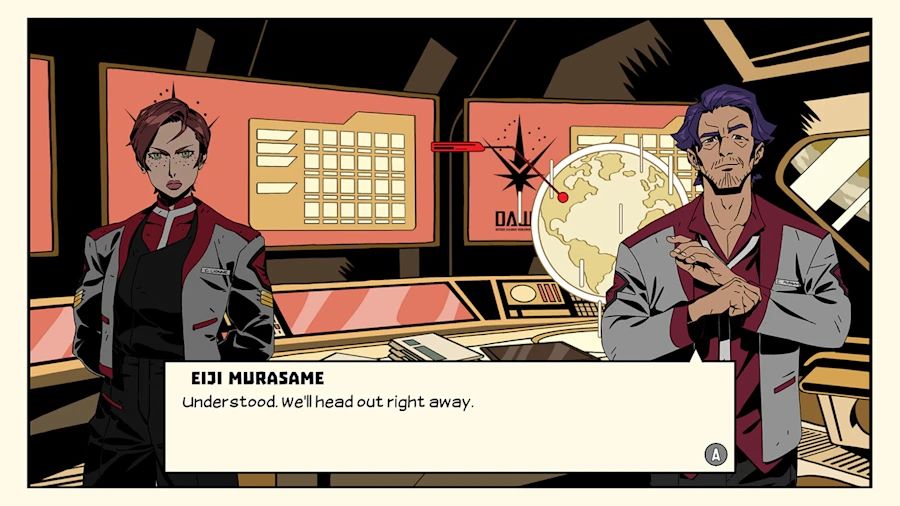 You are probably wondering what any of this has to do with this review. Dawn of the Monsters is basically Neon Genesis Evangelion but as a 2D scrolling fighting game. The first thing you will notice about this game is just how 13AM Games nails the Manga aesthetics, the coloring, the dialog presentation, the characters, the monster design… everything! Each element here feels like a throwback to 1990s anime, with all the cliches you would expect from the genre to boot: the jaded ace pilot, the orphan, the competent and capable commander with years of experience, who barely looks a day over 30. All the tropes are here and are excellently executed story-wise by a group of people who deeply know their inspirations. As you progress through the game and meet new characters and monsters, you unlock archive entries that expand on the lore of the world and give additional information on the monsters you face. 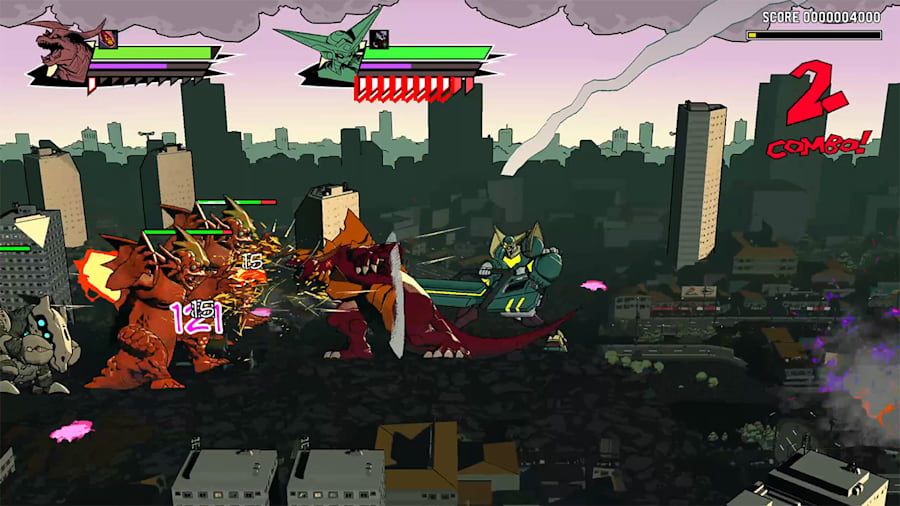 But before I get carried away, I should remember that this is not a Saturday morning cartoon. It is a game, and a fun one at that! In typical brawler fashion, Dawn of the Monsters has four playable characters: two humans – one who grows into a giant, and one who pilots a mecha – and two Kaiju who are now fighting for the humans… because reasons. Interestingly, all the characters play differently, even though they all use the same control scheme. The Square button is for your basic attacks, you can use this to combo your way to victory, chaining heavy attacks with the Triangle button. The Circle button is for a special attack, while the X button allows you to interact with objects and execute enemies to regain some of your lost health. The L1 can be used to block. While blocking, you can press the Triangle, Square, or Circle buttons to perform a special move that costs some energy. This energy can be refilled as you fight against enemies or receive damage. Build up enough Rage energy, and you can unleash one of these special moves. 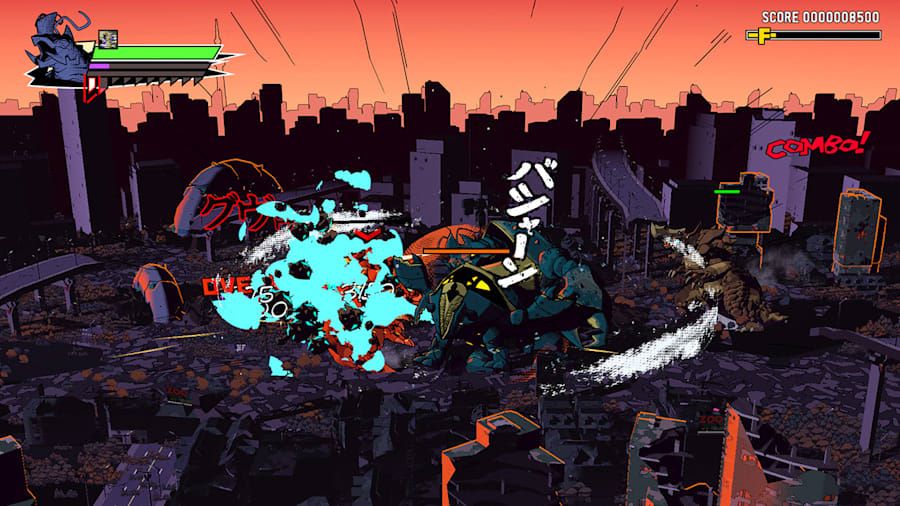 Regardless of how you choose to defeat your opponents, the game keeps track of your performance and rates you as you progress through each section. Perform well by unleashing long combos, chaining attacks, and defeating enemies before your combo meter runs out – as well as timing executions to keep up your health – and you could earn up to an S+ rank. Perform poorly, miss combos, and be too defensive, and you could not only end up with a low score… but also dead!


Your final rank at the end of a stage is important since this will determine which Augments you can select as your reward after beating a level. Augments allow you to improve a character’s stats, and they even grant them improvements to some of their special abilities. Augments make it possible to make each of your characters feel even more unique. They’re split into tiers, and you can equip each character with one augment for each tier. Mix and match as needed, and they can end up changing how you approach fighting in subsequent stages. 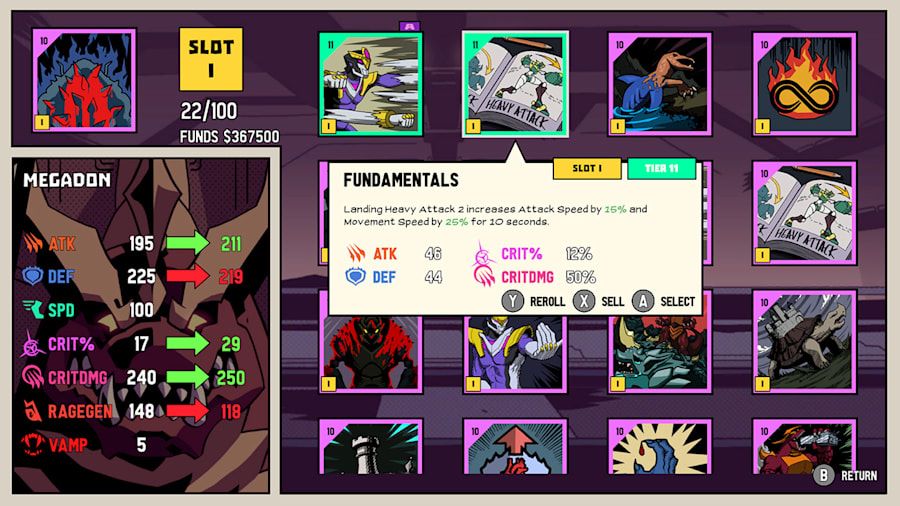 Dawn of the Monsters is a fun beat ’em up, and it’s even more fun when played in co-op. Only time will tell if it’s regarded as a classic down the road. It’s not as fast-paced as other beat ’em ups – unless you play as the Ultraman-like giant human superhero – but that’s to be expected since, in all fairness, you are playing as characters the size of skyscrapers. Dawn of the Monsters is out as a Cross-Buy title for $29.99, so you’ll get both the PlayStation 4 and the PlayStation 5 versions of the game with your purchase. 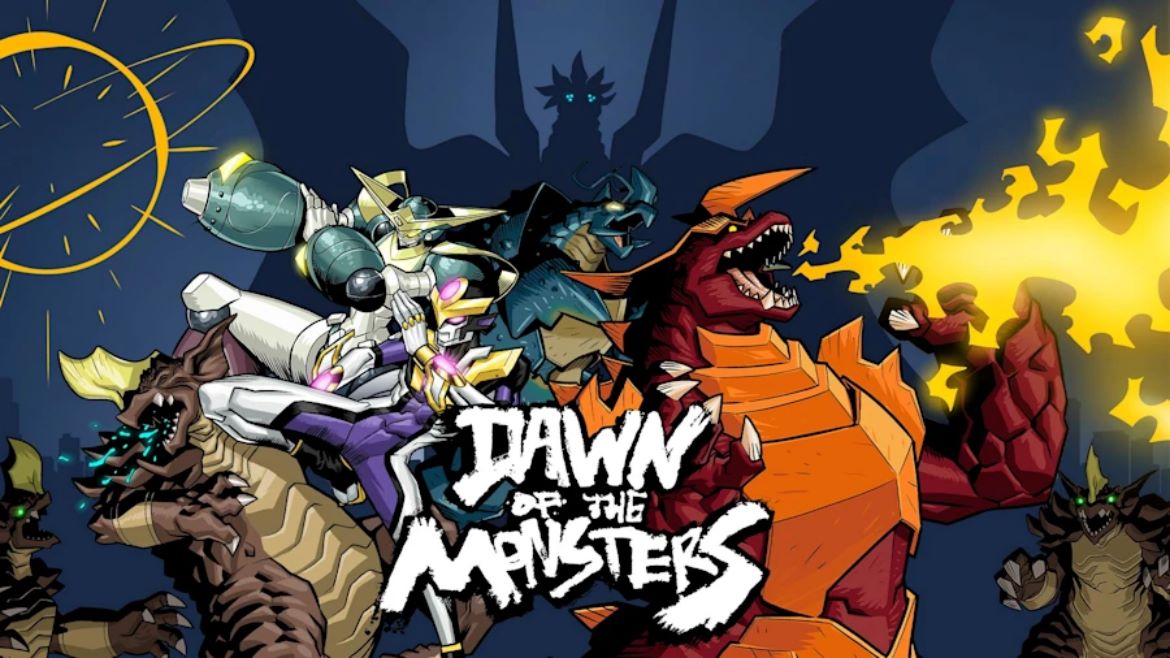 Dawn of the Monsters Review

Game title : Dawn of the Monsters

Fun Kaiju beat 'em up that pays homage to the classics

Disclaimer
This Dawn of the Monsters review is based on a PlayStation 5 copy provided by WayForward.