Blackberry Honey from Ratalaika Games and ebi-hime is a yuri visual novel on PlayStation 4 and PlayStation 5. We previously got Strawberry Vinegar from ebi-hime and Ratalaika back in 2020, and now it’s time to dive into a new visual novel with a Victorian setting in which you’ll play as Lorina Waugh. She’s a maid who is being worked to the bone by the Lennard family, for whom she works for 14 hours a day! On top of such harsh working hours, she also has to deal with being bullied by the senior maids. 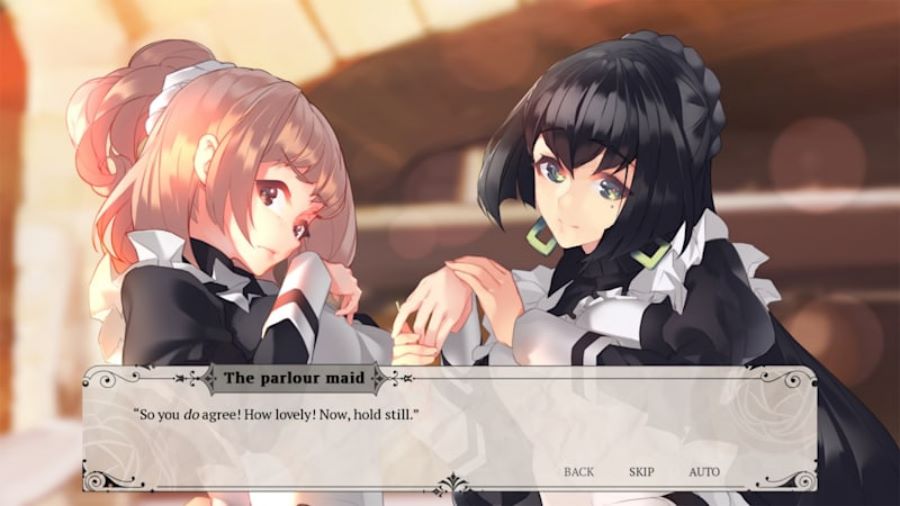 A short story this is not, since Blackberry Honey includes 100,000 words of text! That’s a big chunk of story, so you’ll definitely spend several hours experiencing Lorina’s journey. It’s during this journey that you’ll get closer to Taohua, the one maid who is not bad to Lorina. Taohua is not the same as the other maids, given her aloof nature and different look when compared to the rest of the group. There are rumors that she’s, in fact, a witch! While Lorina does not believe this to be true, there’s certainly something going on since she finds herself charmed by Taohua, as if under a spell! 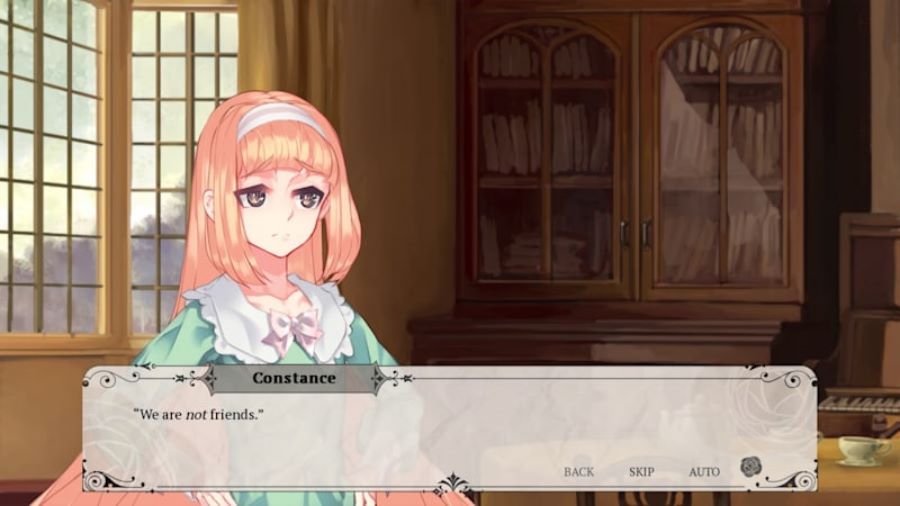 If you’re new to visual novels, allow me to explain a bit about this genre. The name for the genre itself is a big hint as to what to expect from Blackberry Honey. Remember how I mentioned there are 100,000 words to read? Well, that’s because this game is an interactive novel in which you’ll get to read a ton of dialogue and explanations about the different situations you’ll find yourself in, learning more about Lorina, Taohua, and the side characters that you’ll also interact with – Pauline, Isobel, Effie, and more. Some visual novels feature voice acting, which is an expensive commodity, which is why Blackberry Honey sticks to offering a text-only variation of the genre. As for the yuri component? That means that this is a visual novel about a girl finding love with another girl. 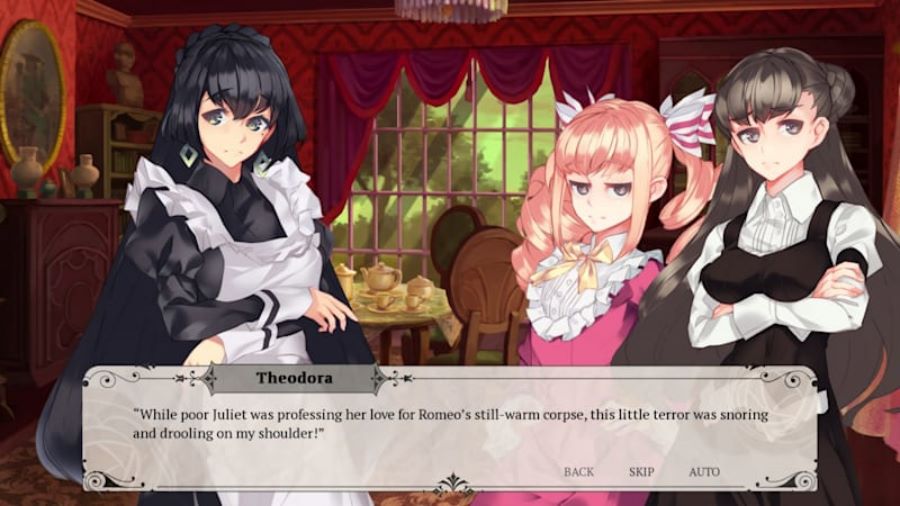 Once you progress through the game, you’ll unlock content to check under the Extras menu – which is locked when you first start to play Blackberry Honey. You’ll unlock four sections on the game: Gallery, Music, Memories, and Notes. Gallery will show you all of the special CG images you saw during your time with the game. Music will make it possible to once again listen to every single song that Blackberry Honey has to offer – that is, once you’ve completed the whole game. Memories will allow you to replay specific sections of the game. As for Notes, this is a special segment where you will get to read a special message from the game’s developer, Ebi Hime. Along with thanking you for playing the game, this message will give you some insight into how the game was created.

Trophy hunters are probably wondering how this visual novel performs on the “how fast can I get the Platinum trophy for it?” scale. Well, have I got some great news for you! If you want to get the Platinum as fast as possible, you can go into the settings, remove transitions, make it so that you can skill all messages with the R1 button, start the game, press the R1 button and have a new Platinum trophy in 2 minutes. Yes, really. The game’s trophy list is a short one, and the one Silver trophy and eleven Gold trophies will unlock as you progress through the story, so nothing is missable. 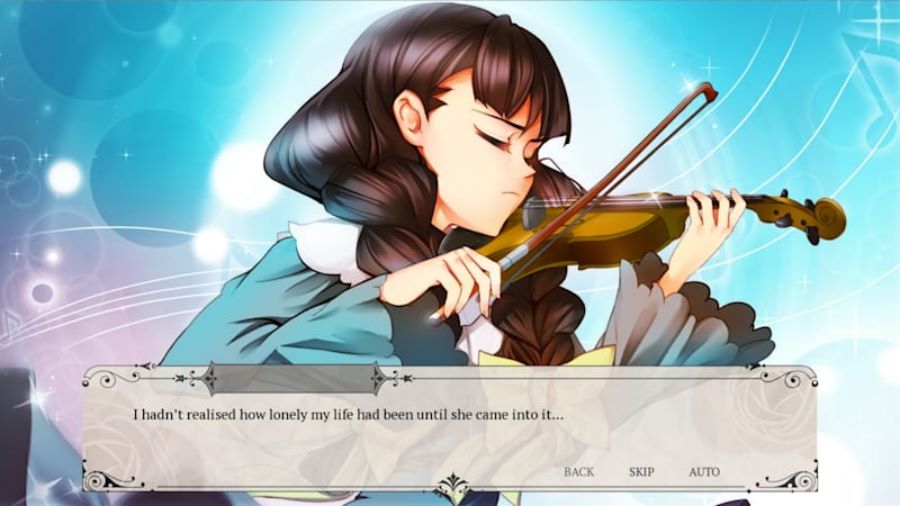 Blackberry Honey is a Victorian-style yuri visual novel with a solid art style for its characters, CG images, and the backgrounds for each of the locations you’ll visit. Given its yuri nature, slow start, and the fact that it’s a visual novel, this is a game that is not going to be for everyone. But if you give it a chance, you’ll find a charming love story with more than enough content for its $12.99 asking price. Since it’s a Cross-Buy title, you’ll get both the PlayStation 4 and the PlayStation 5 versions with your purchase, with each one offering its own trophy list, which will certainly please trophy hunters. 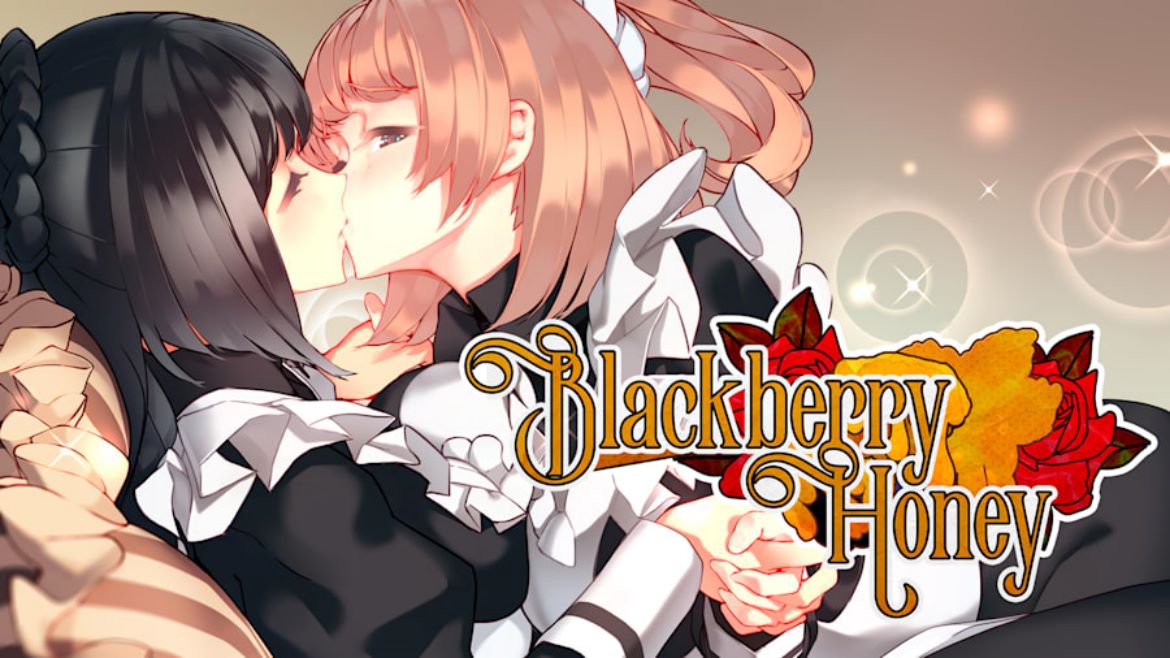 Disclaimer
This Blackberry Honey review is based on a PlayStation 5 copy provided by Ratalaika Games.

The Legend of Heroes: Trails from Zero – New Trailer