Time Loader from Meta Publishing and Flazm is a story-driven puzzle-platformer in which you’ll be controlling a sentient robot on a mission to save its creator. Check our Time Loader review!


Time Loader is a story-driven, physics-based puzzle platformer with a twist. At the helm of a small robot, you’ll travel back to the 90s to prevent a tragic accident. Explore the house of your creator, solve brain-teasing puzzles, acquire unique and powerful upgrades, and see common household items from an entirely new perspective!

Time Loader from Meta Publishing and Flazm begins by witnessing a child – Adam – falling from a tree and losing the use of his legs due to the accident. This introductory sequence, while beautifully animated, really hits hard. After that, the story jumps 25 years into the future, where we learn that Adam would like to modify that life-changing event in his past so that he can have a very different future.


To do so, and after years of studying physics and quantum mechanics, Adam builds a four-wheeled robot with a claw arm that can move everywhere and manages to send it back in time to 1995 – when Adam was young and right before the incident so that you can hopefully help control the robot to change the future? 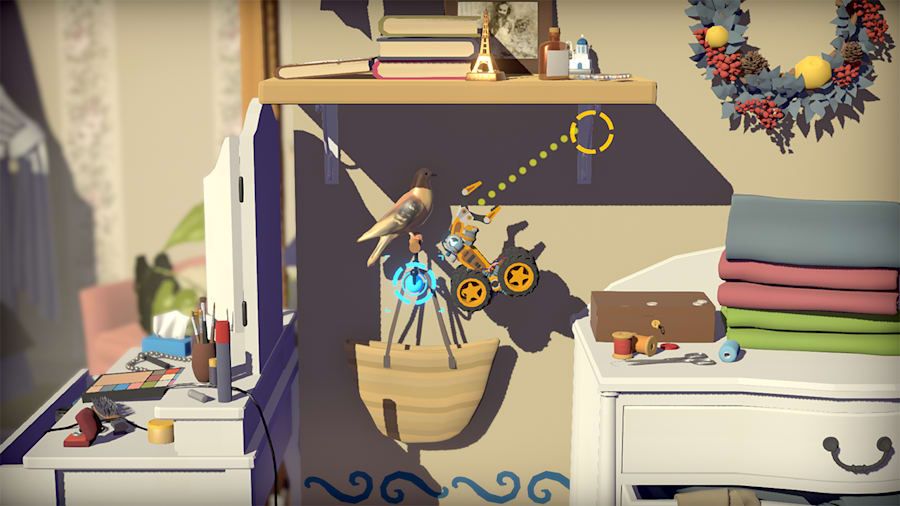 In Time Loader, you’ll be in control of the vehicle robot and will watch the events unfold from its point of view. You’ll be able to interact with objects using your claw arm, and since the robot is four-wheeled and uses off-road tires, it will be able to crawl under tight places or climb steep slopes. It can also jump, and with its claw arm, it can swing by grabbing onto objects in order to reach higher places. You’ll be in Adam’s (huge) house, and you’ll have to move to the designed room and find how to reach your destination, which is the puzzle element of this game.


The actual level design is great, and the house you’ll spend the whole game exploring is just phenomenal and looks like it could have been based on a real-life house. There are many areas to discover, and you’ll eventually get to know them by heart as the three acts unfold. I had a gripe with how some puzzles that felt a bit complicated to complete. Some of the passages require perfect coordination to be able to get to your destination. You’ll probably feel stumped every now and then, but then it will all click, and you’ll feel a sense of accomplishment.

I liked how the robot receives some physical upgrades every now and then as you progress through each of the game’s acts. For instance, you’ll soon discover a screwdriver that will allow you to fix (or damage) stuff around the house, as well as better springs that will greatly boost the robot’s jump height. There’s another one that I won’t spoil here because it has a direct impact on the story. The physics engine is perfectly implemented and reacts very well to the environment, making this a pleasant gameplay experience. 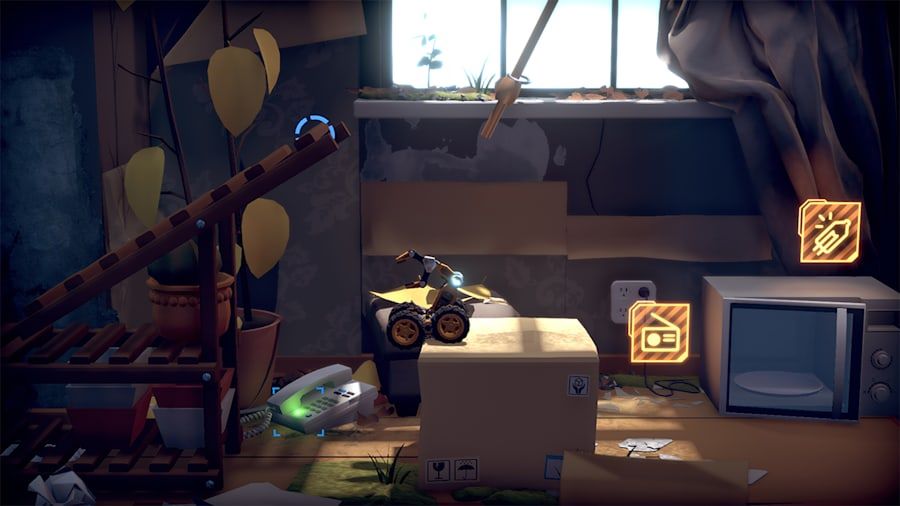 As for the presentation, I already mentioned how the different cut-scenes were great and looked like they were made with aquarelle paintings. The voice acting is also great, and you’ll get to care for the robot throughout his mission. The Time Loader soundtrack is composed by Alexey Nechaev and is also outstanding. It includes melancholic piano themes that reminded me of games such as Birthday of Midgnight, as well as Expand.

I do have to mention that the loading times of this game were not ideal, even when playing on PlayStation 5. Each time you change rooms, you’ll have to wait for around 10 seconds while the next one loads, and you’ll change rooms often. It was surprising given how fast the PlayStation 5 internal SSD is. It’s not a deal-breaker but something for you to keep in mind.

On the trophies side, there are quite a few that can be earned in this one! Some of them are tied to finding items that have a secret code on them, and others for finding items related to the story. There are trophies tied to completing each one of the three acts, plus one for each of the three different endings, plus the secret one. I finished the game in around 3 hours and had collected half of the trophies during my run, so odds are you might need to go back into each of the game’s acts to complete whatever you’re missing. 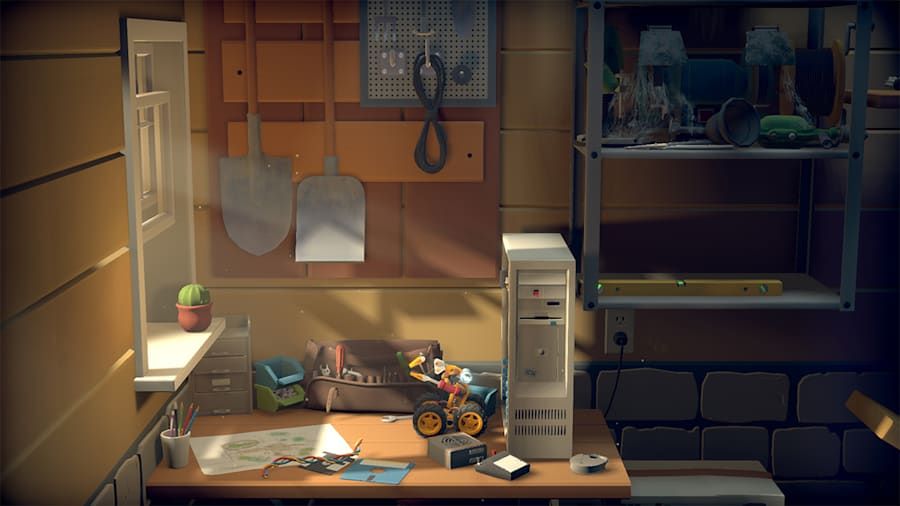 Time Loader is a game that gets better as you progress through each of the three acts, as new gameplay mechanics are introduced, and you learn more about the effects of your actions on Adam’s life. Some of the puzzles might stump you for a bit, but you will get a sense of accomplishment once you find the right solution. On the story side, I wasn’t expecting anything special, but I was pleasantly surprised by how this game’s story unfolded, making this an easy one to recommend for those of you looking for a puzzle adventure game with a strong story. Time Loader is out on PlayStation 4 with a $14.99 price. 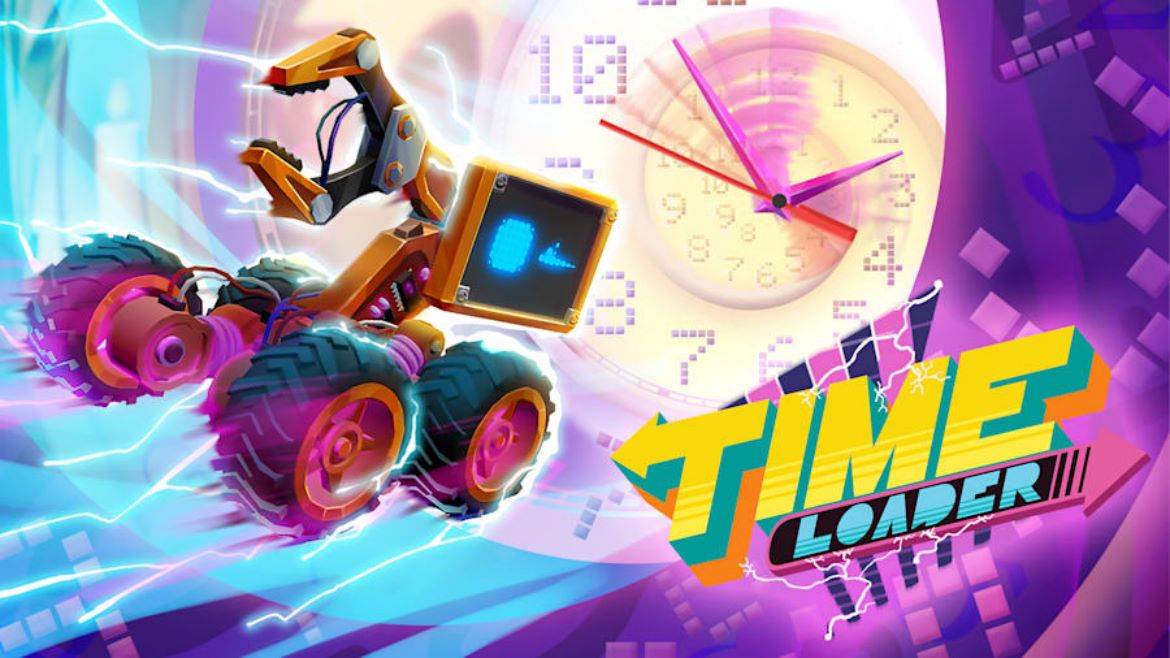 Disclaimer
This Time Loader review is based on a PlayStation 4 copy provided by Meta Publishing.