Powerslave Exhumed is a new take on the classic 1996 first-person shooter, now getting a new chance on PlayStation 4. The game was originally for the first PlayStation console in 1997, and for this remastered release, Nightdive Studios has combined the PlayStation and Sega Saturn versions of Powerslave to give us the best of both worlds, along with boosting the framerate and resolution, smoother textures, adding widescreen support, anisotropic texture filtering, and SMAA antialising. 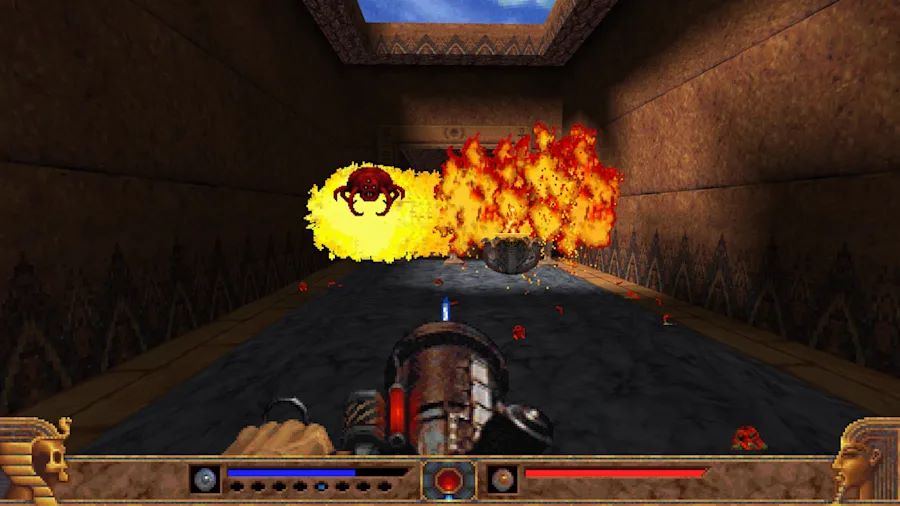 For this new version of the old-school first-person shooter, you’ll move your character with the left analog stick as you aim and look around with the right one. There’s also the option of activating motion controls so that you can look around by moving the DualShock 4. You’ll interact with the X button, jump with the L2 button, and attack with the R2 button. You can switch between weapons with the L1 and R1 buttons as needed. You can also bring up the weapon wheel with the Square button. Your inventory can be opened up with the Touchpad, so that you can check what you’ve collected so far, so that you can use items as needed. 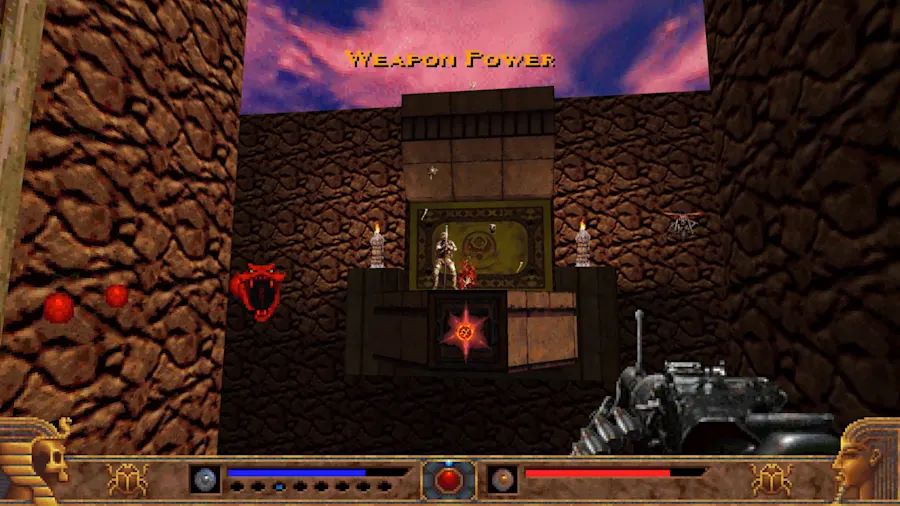 At the bottom of the screen, you’ll see a blue bar and a red bar. The red bar represents your health, and it will lower as you receive damage. He blue bar is the game’s way of handling ammo. Instead of, say, having to collect bullets for your pistol, you will need to collect orbs to refill the blue bar so that you can continue to use weapons that are more powerful than the machete you start with, and which will allow you to attack enemies from a safer distance. A pistol will be the first one, but you will also gain access to a machine gun, a powerful bomb, a flamethrower, and more. 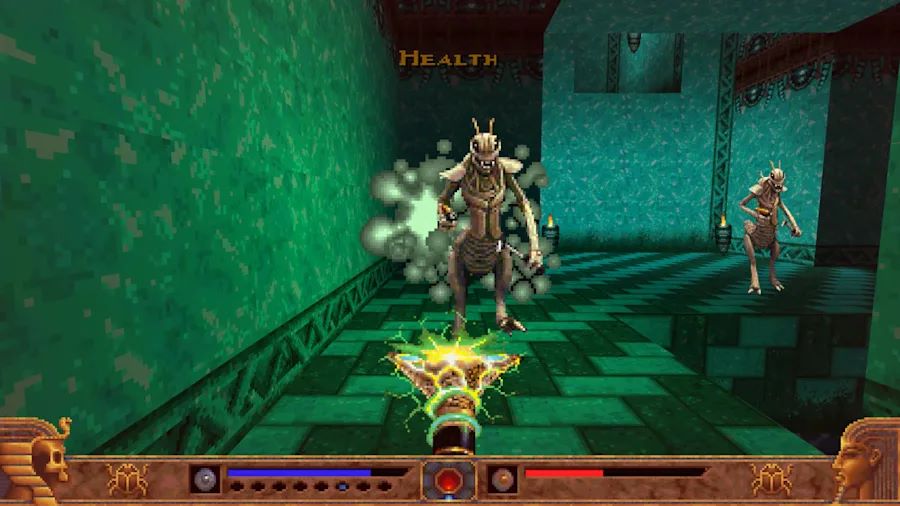 The game at times feels like a Metroidvania of sorts. It’s more action-packed than Metroid Prime since it does play along with the FPS guidelines of the 1990s, but you’ll be visiting each of the areas more than once as you collect special symbols to open doors that will lead you to power-ups and new weapons. These can then be used to reach new spots for previous areas – get the Sandals of Ikumpttet, and you’ll gain a boost to your jumping ability – as you search for ankhs to boost your health, transmitter parts, symbols of power, and more. It’s not a full on Metroid Prime before Metroid Prime, but it’s certainly different than many of the 1990s FPS we all grew up playing. 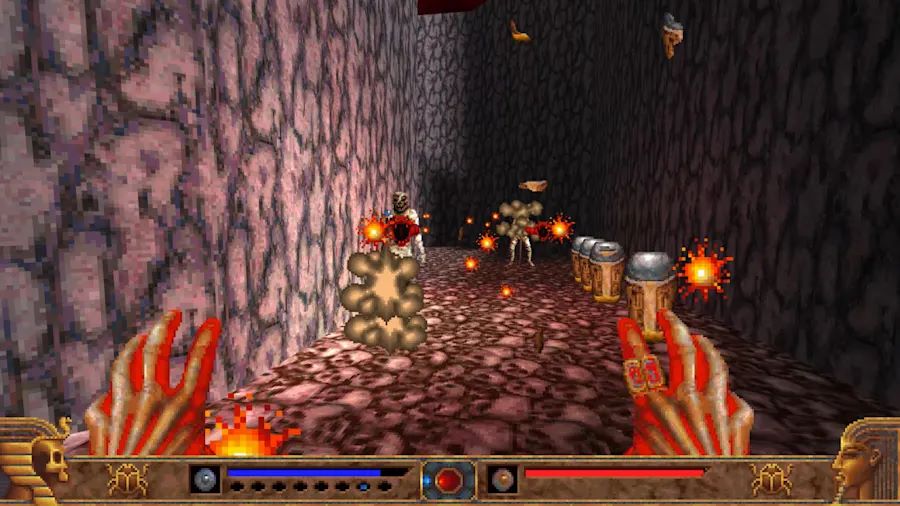 Powerslave Exhumed brings us the best version of a first-person shooter classic, combining the content of the PlayStation and the Sega Saturn, while also boosting the framerate and resolution, smoother textures, adding widescreen support, anisotropic texture filtering, and adding SMAA antialising. There’s also a Platinum trophy to work on, which will require you to complete the game more than once. Powerslave Exhumed is out on PlayStation 4 with a $19.99. 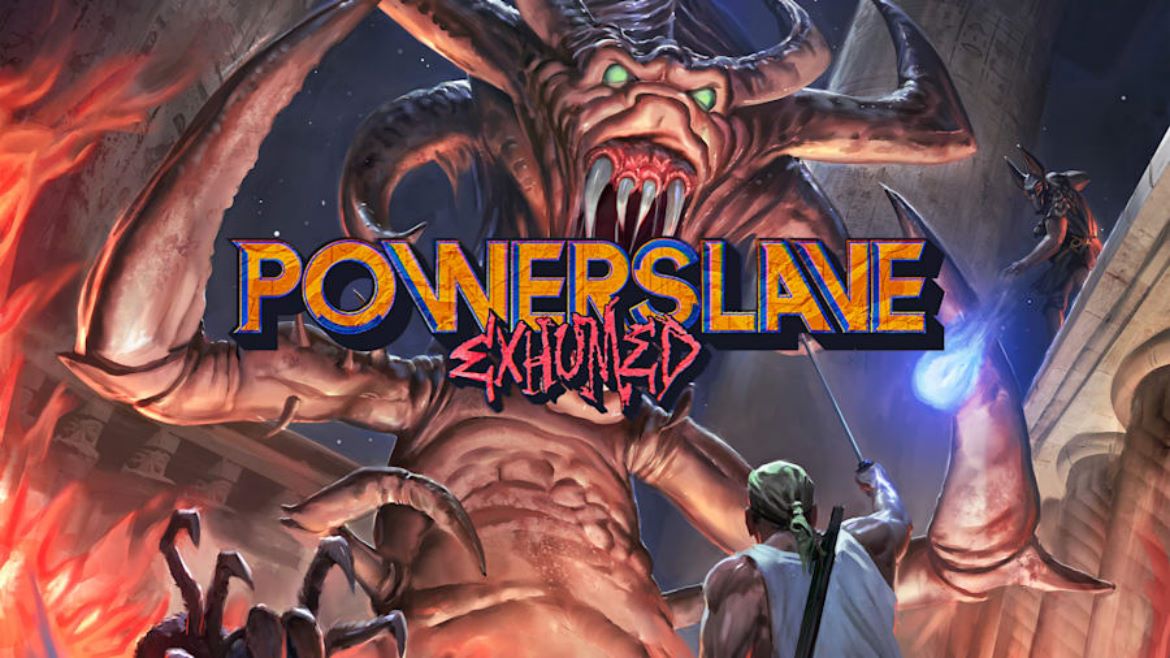 The best version of a first-person shooter classic

Disclaimer
This Powerslave Exhumed review is based on a PlayStation 4 copy provided by Nightdive Studios.

Alterborn Out Later This Year On PlayStation 5