Based on the Italian cartoon of the same name, MeteoHeroes from Gammera Nest and Sony Interactive Entertainment takes the six heroes around the world to help the environment. Check our MeteoHeroes Saving Planet Earth! review!


Wherever and whenever they are needed, you’ll find the MeteoHeroes! Our super-powered friends are ready to solve any problem that may affect the environment – anywhere on Earth! Travel with them from Rome to the South Pole, as they take on incredible missions, visiting nine amazing places on our planet until they reach their final destination – and a showdown with their fearsome arch-enemies Doctor Makina and the Maculans!

Based on the Italian cartoon of the same name, MeteoHeroes from Gammera Nest and Sony Interactive Entertainment takes the six heroes around the world to help the environment. Each level and location of the world you visit has its back story as to why the MeteoHeroes are needed there. For example, your first mission sees you visiting Rome for a cleanup operation, as you attack the Maculans and pick up CO2 containers on your way. In the second level, you’ll help improve the water consumption in the city to fight the drought wave in Cape Town. With a total of 9 levels, you’ll visit as many locations from around the world, including other cities like Sydney and even the South Pole!


The game is played from a 2D perspective with a small 3D effect to the levels and characters. You move around with the left joystick or arrows, shoot with the Circle button and jump with Cross, which allows you to do a double jump. You also have a shield that you can use with the L2 button, but it requires energy that will refill itself when you’re not using it. Each level follows the same pattern. In each of them, there is a total of 100 coins that you can collect and three specific objects that are unique to each level. By pressing the R1 button, an arrow appears next to your character pointing in the direction of the next of the three objects you have to pick up. 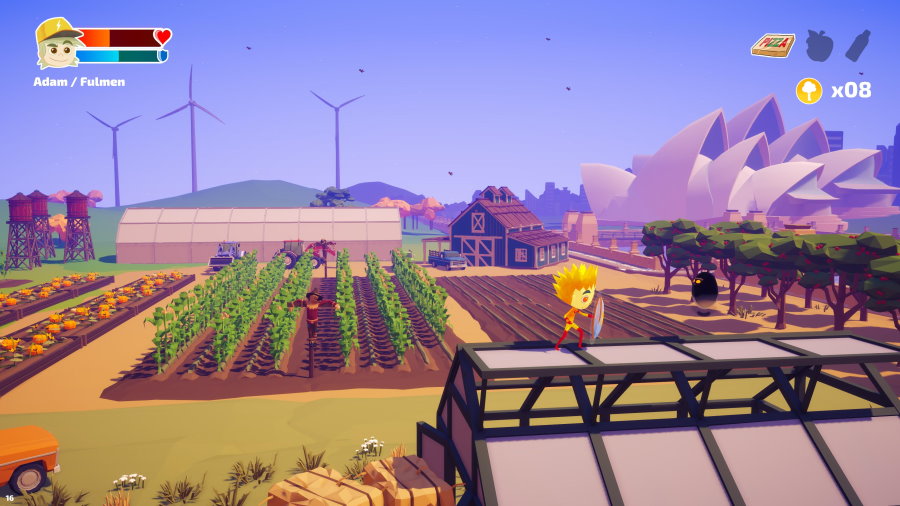 Levels see you do some basic platforming, sometimes backtracking as you navigate the labyrinth-like levels. You’ll also sometimes encounter some obstacles where your character can’t progress and you’ll be presented with a choice of three actions. One is to call one of the other MeteoHeroes to help, the other two are for powers specific to your current hero. Since there is only one possible action to use, you’ll always succeed but take note that there is a trophy related to not making any mistake in those parts throughout the entire game. At approximately mid-level, you’ll meet with another hero of the team with which you’ll continue until the end.


In terms of visuals, the game features some colorful characters and levels that fit with the cartoon and thus clearly seem aimed at a younger audience. Although the nine different locations are different, I couldn’t help but to feel as if their design was extremely similar so it didn’t feel that much different completing one level or the other. I was also slightly annoyed at the prompt about the R1 button usage that appeared in the beginning of every single level.

When I started the game and realized it was based on a cartoon, I came in expecting to have a little story that ties things together for some kind of narrative. Unfortunately, I was only greeted to a level select screen, with the brief text intro for each of them that didn’t really add anything. Then I started playing with the first hero, Thermo. The platforming was simple and again, I could see this is a game aimed at kids, even though the hit detection of overhead projectiles was a bit annoying, as I could get hit from above even though the shield can’t do anything about this. 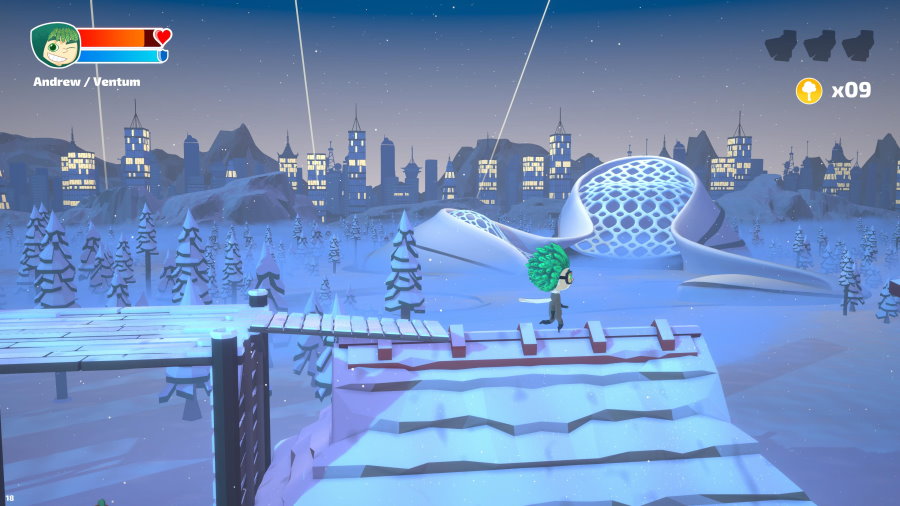 Unfortunately, it stayed pretty much that way throughout the whole game. Each character played out in the exact same way, with the only difference being two of the actions you can do when you encounter a “roadblock”. Like I mentioned earlier, levels felt pretty much the same, except maybe for the South Pole one where you had a section with falling ice platforms. There isn’t a lot of variety in terms of enemies either, so things get repetitive pretty fast.


As for the trophies, although not a challenging experience, it could take a few tries to get the Platinum trophy out of this one. Apart from the trophies that unlock as you beach each level and some for defeating a certain number of enemies, things will get interesting when you have to beat the game without being hit once and also beat it within an hour. If you manage to do those, the platinum should be well within your reach. 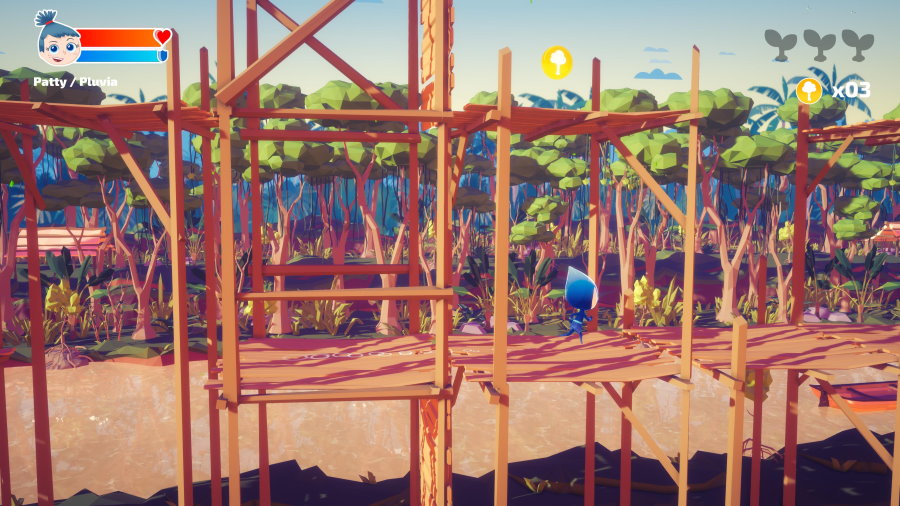 If you’re looking for a cute and simple platformer for children, MeteoHeroes could be an interesting take, although I’d wait for a sale since it’s relatively short. But as an adult and more experienced gamer, it doesn’t provide enough originality and fun to be entertaining, unless of course, you can get it cheap in a sale. Disclaimer
This MeteoHeroes Saving Planet Earth! review is based on a PlayStation copy provided by Sony Interactive Entertainement.