Indiana Jones: The Pinball Adventure is the latest licensed table to join Pinball FX3, and it’s one you should definitely add to your collection. Zen Studios has always worked hard on adding licensed pinball tables to its many pinball games, and for Pinball FX3, they’ve gone the extra mile to bring us a digital representation of the physical 1993 Williams Indiana Jones pinball table with some optional 3D extra bells and whistles to spice things up. 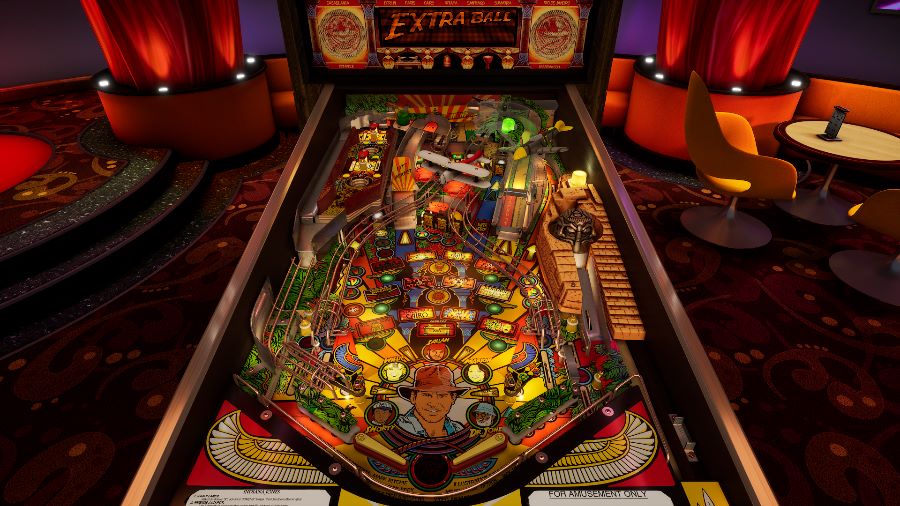 You can experience Indiana Jones: The Pinball Adventure on Pinball FX3 just as you remember it from back in the day. You can relieve all of the iconic movie scenes included in the physical pinball machine as you complete the different objectives you can activate. Zen Studios has had years of experience working on transferring the real-life physics of original pinball tables brought into the digital world, and that’s also the case for this one.

There’s also the option of activating an enhanced 3D version of the table, as has been the case for other pinball tables from Zen Studios based on classic original physical pinball tables – such as the many Williams pinball tables packs or the Universal Classics Pinball pack available for Pinball FX3. For the Indiana Jones: The Pinball Adventure table, the extras include new side wall art, some effects for the pinball’s trail, particle effects here and there for some extra flair, a 3D whip-wielding Indiana Jones, a flying blimp at the back of the table, an extra idol head on the back of the table, 3D airplanes, a 3D tank, and more! 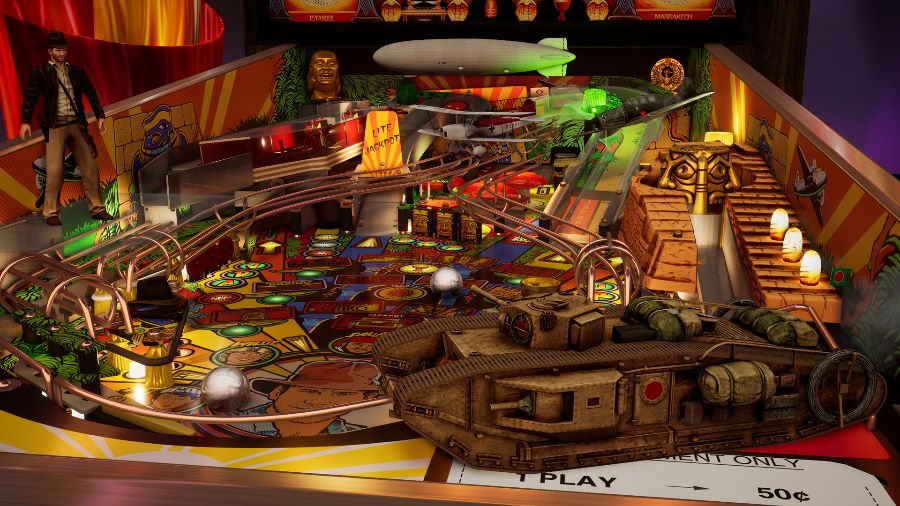 Once you’re ready to play, you’ll control the left and right flippers with the L1 and L2 or R1 and R2 buttons. To launch the ball into play by using the pistol launcher, just press the X button! To switch the camera around, press the Square button so that you can find the right camera view for your quest. If you need to give the table a little nudge, carefully use the left analog stick while trying not to send the table into tilt. If at any time you want to switch between the original table and the enhanced 3D table, just press the Circle button and see everything change right before your eyes!

There are many adventures for you to take on during your time with the Indiana Jones: The Pinball Adventure table on Pinball FX3 on PlayStation 4. There are 12 of them in total, and you can activate these by checking out the flashing lights where you need to send the ball to, and then check out the classic dot matrix display to learn more about what you need to do next. Speaking of which, some of the modes can even be played on the dot matrix display itself, so be ready for it! 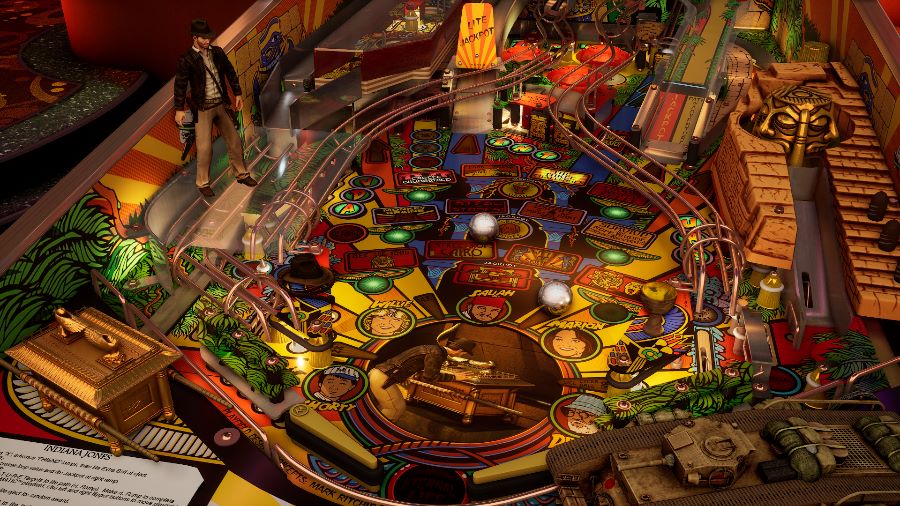 And what happens once you’ve activated and completed all of the 12 adventures the table has to offer? You’ll activate the special Eternal Life mode! During the Eternal Life mode, you’ll have six pinballs and an extremely special 30-second ball saver so that you can hit each switch to score 10 million points per hit. If all switches are hit, then you’ll be rewarded with 1 billion points, which is as crazy a score bonus as it sounds!


You can complete the rollover objectives to unlock all of Indy’s friends. For each unlocked friend, you’ll receive a boost to the orbit shot scores. Once you’ve unlocked all of them, then you can collect your friends with the orbit shots to try and collect the loop jackpot on the right ramp of the table. Manage to lock three balls into pace, and you can activate the multiball so that you can collect jackpots and super jackpots by making every shot land you three jackpots to then activate the super jackpot. 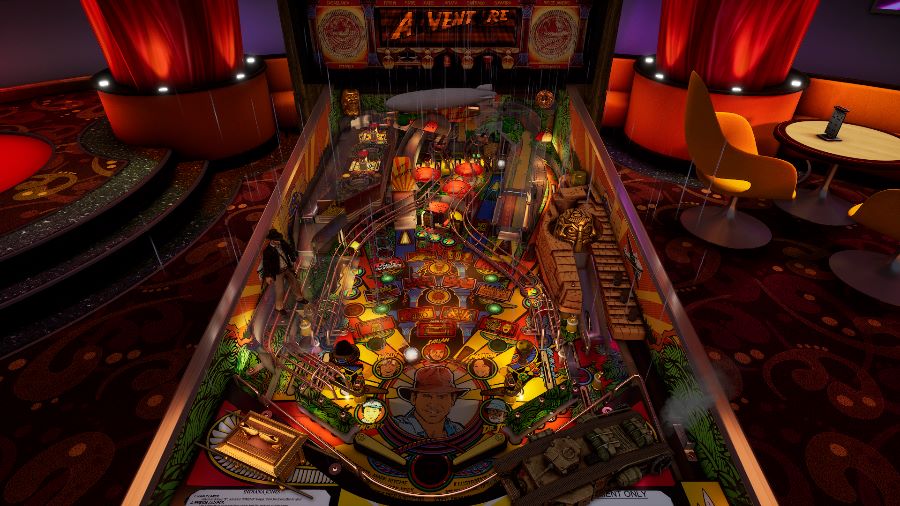 On top of all this, this particular table has a special mini-playing field called the Path of Adventure. Once you’ve completed the targets for ADV-ENT-URE and light up the mini playing field, you’ll need to launch the ball up through the ramp on the side of the table. Once the ball is in play, you’ll have to tilt the elevated mini playing field so that the ball can go towards the flashing rollovers that will reward you with a ton of extra points or even an extra ball so that you can keep the action going for a little bit extra. 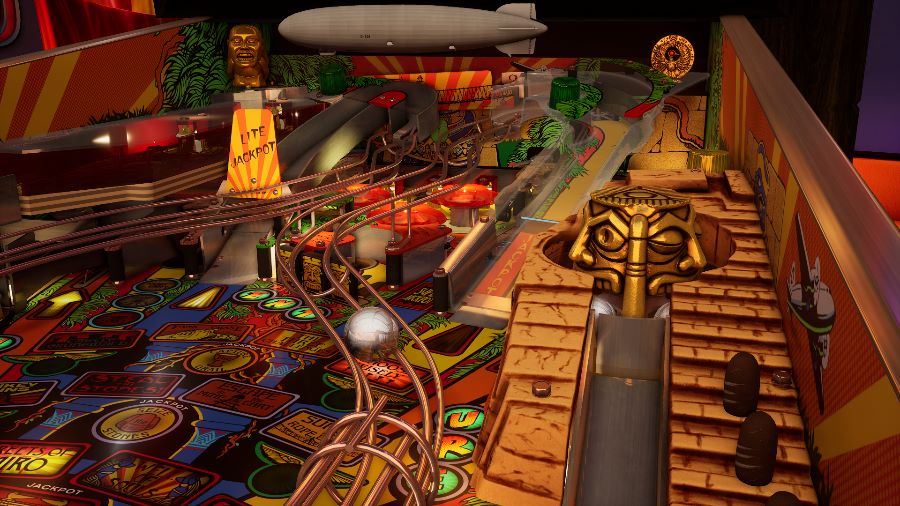 I had a ton of fun playing the physical Indiana Jones pinball table back in the day at this thing we used to call arcades, so I was pumped to take the digital version for a spin on Pinball FX3. As you’ve seen from this review, the digital pinball table version is just as fun as the original, giving you access to that as well as an enhanced 3D version with some extra bells and whistles that make it feel like a new pinball table. Indiana Jones: The Pinball Adventure is out today for Pinball FX3 with a $14.99 asking price, and it’s worth every penny. 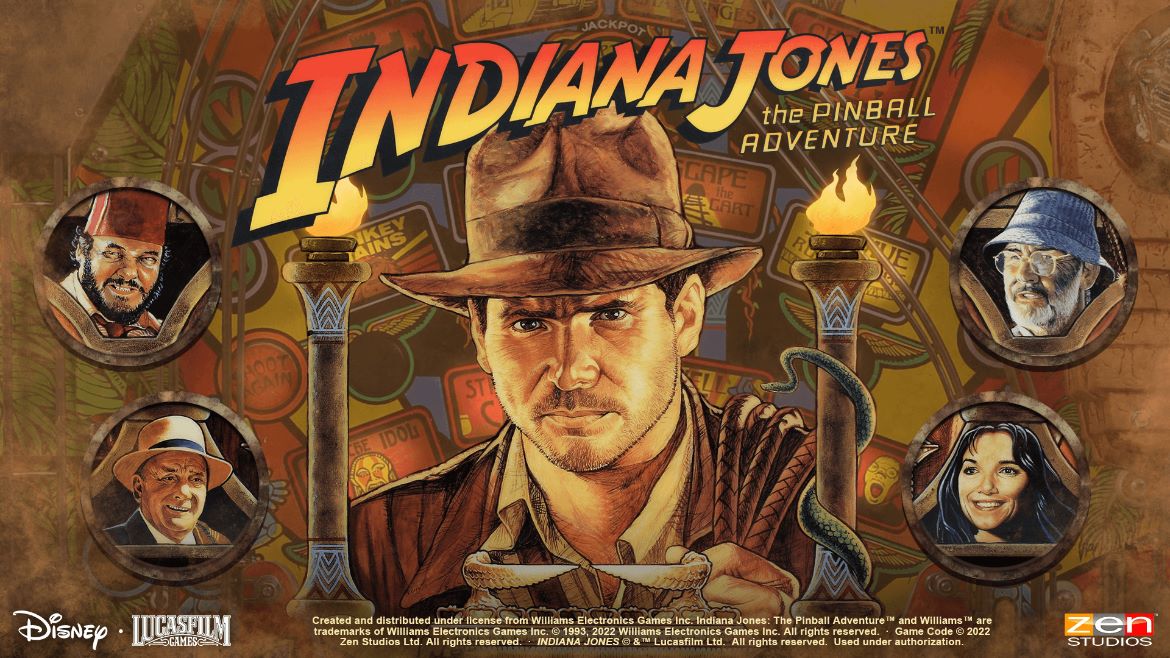 Disclaimer
This Indiana Jones: The Pinball Adventure review is based on a PlayStation 4 copy provided by Zen Studios.