Zombie Rollerz: Pinball Heroes from Daedalic Entertainment and Zing Games mixes pinball, tower defense, roguelike elements, and zombies. That means you’ll be using the might of the pinball table to shoot at and slam the hordes of zombies as you defend each location. There are ten different heroes to choose from, and each one will have a special ability to use when the time is right. On top of this, you will get a chance to collect items and additional powers that will allow you to boost your hero. 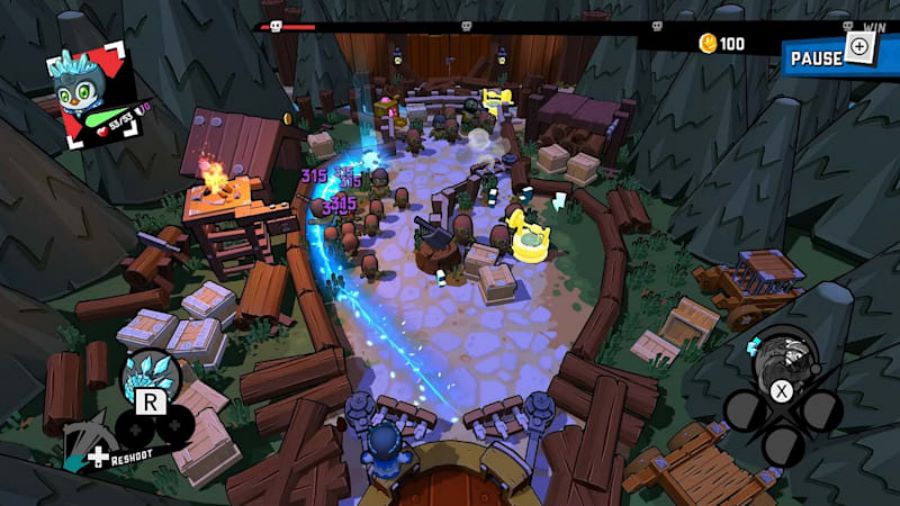 There are four worlds to explore during your time with Zombie Rollerz: Pinball Heroes, and since the content is randomly generated, you will need to adapt your strategy as you progress through each area if you want to defeat the zombie plague before it’s too late. The smaller zombies are only part of your problem since there will also be boss fights to take on, where you’ll have to make every shot count, as well as make the most of your hero’s abilities to defeat each of the 11 bosses that the game has to offer.


You can move a cursor around each map to select where you want your hero to move. You can’t remain idle and not advance as you explore each area because the plague from the zombie onslaught will catch up to you, dealing damage if you walk over a contaminated hexagon! Once the hero comes in contact with a zombie character on the map, you’ll be taken to a pinball defense scenario where you’ll use the flippers to send the pinball towards the zombies so that you can smash them into pieces. 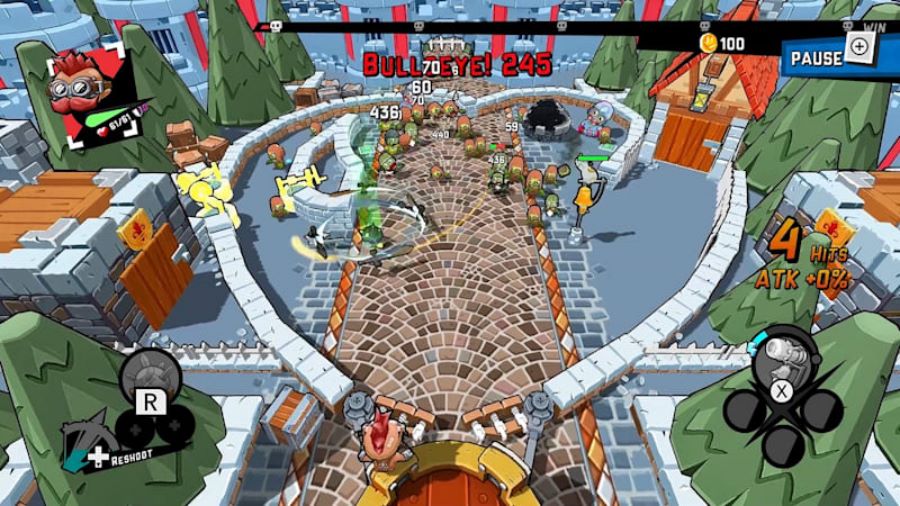 You’ll use the left analog stick to aim the pinball launcher and then press the ZR button to unleash the pinball. After that, you can use the ZL and ZR buttons to control the flippers to send the ball towards the playing area. As you do this, you’ll be able to directly damage zombies, hit explosive barrels to make them go boom, or destroy structures along the way so that you can get a better shot at your enemies. Pressing down on the D-Pad will allow you to retrieve the pinball so that you can once again use the launcher and send the pinball where you need it to be. And if any of the zombies get too close for comfort, you can also use the pinball flippers to bash at them non-stop. This won’t deal as much damage as hitting them with the pinball, but it will certainly help!


Depending on your performance during each pinball segment, you will be rewarded with experience points and given a rank. Collect enough experience points, and your hero will level up. This will reward it with a boost to its stats, as well as potentially opening the way for adding more abilities to its repertoire. Your hero will have different stats for Constitution, Strength, Intelligence, and Luck. Constitution will establish how many hit points it will have. Strength will determine how much damage it deals. Intelligence is related to the power of special abilities. As for Luck, well, it’s tied to your hero’s luck! As for the special abilities, for example, my starting hero had Ignite, a special ability that applies burn to enemies it hits while shooting out a fire sword from the pinball. What will your hero be able to do? 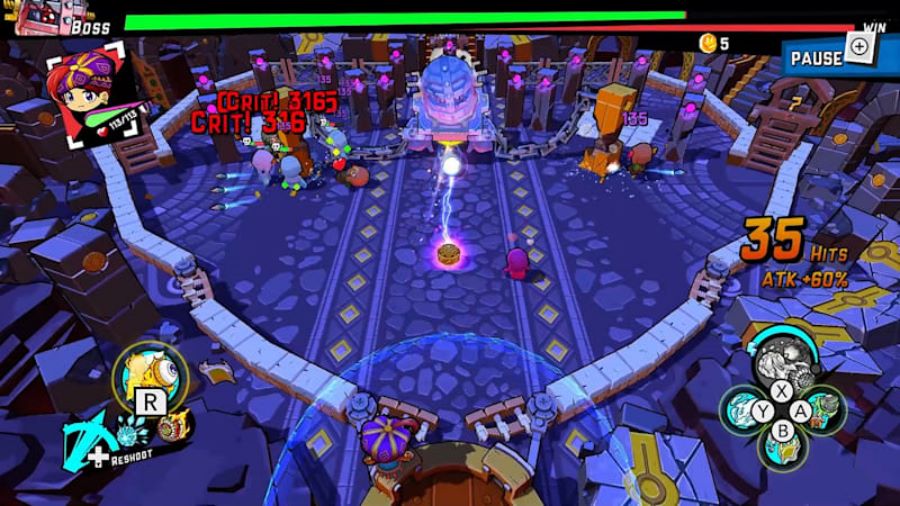 By collecting enough energy on the playing field and destroying zombies, you can press the X button to activate your ultimate skill. This will unleash a powerful attack that can quickly turn the tide of battle by adding special effects to the pinball that can quickly destroy the zombie horde. As you gain new abilities, they will be mapped to the A, B, and Y buttons, so be sure to pay attention to which ones can be used when in danger. You must make the most of the interactive objects that you will find on each pinball table since they’re crucial for your survival. Hit any of them with the pinball to activate them. These include furnaces that will blast out a mighty fire, wells that will spit out a good chunk of water to damage zombies, tree stumps with an ace that will spiral around, dealing heavy damage to any zombie within its reach, and more.

As you progress through each stage, defeat zombies and bosses, and open up treasure chests, you’ll collect gold coins. You could use them to purchase a trinket, such as a fresh mushroom to boost your hero’s Constitution, Strength, Intelligence, and Luck, get a new skill, or purchase consumables such as a magic shovel to remove an obstacle on the map, a healing potion to recover some of your hero’s lost HP, or a pinball fragment so that you can complete a ball modifier slot. Gold can also be used to upgrade the abilities you’ve already unlocked so that you can increase its damage output, duration, lower its cooldown period, or increase the power of the effect it deals when hitting a zombie.


You won’t be able to complete a full run during your first try, which is why death is part of the cycle. When you die, you’ll be allowed to obtain some legacy items for your next run so that you don’t have to start from scratch. You will also unlock additional heroes, items, and abilities during subsequent runs, so you’ll always be making a bit of progress. This helps to give you a head start so that you don’t end up feeling overwhelmed. You’ll also make progress based on your final score for the run, which will be used to unlock new stuff and characters for future runs. 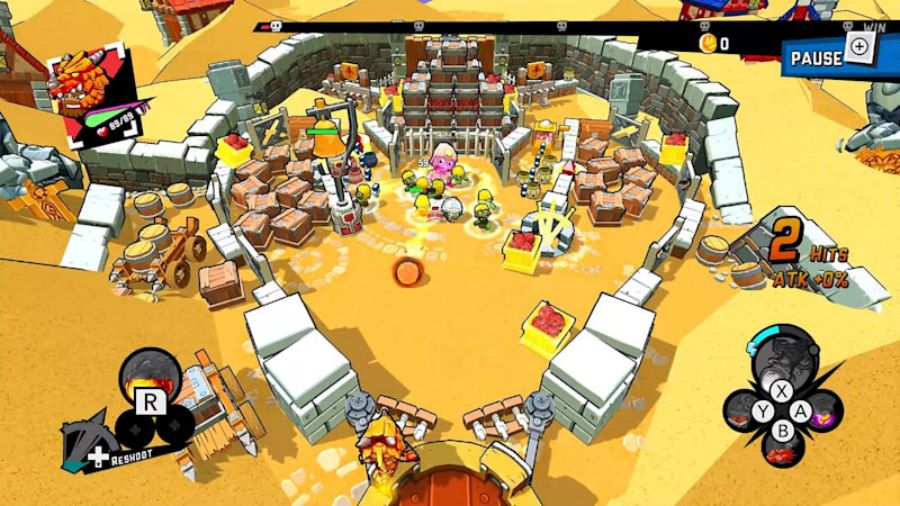 Zombie Rollerz: Pinball Heroes offers a fun and addictive gameplay loop by having you explore an overworld map for each chapter as you try to improve your hero as much as possible before facing the boss at the end of the chapter. Even when you fail, you’ll manage to make some progress as you unlock new items and heroes to keep things interesting. As a pinball fan, I enjoyed said segments since they offered a variety of layouts that, while not having the full-on pinball table vibe, did a good job at keeping things interesting with its randomly generated roguelite elements. Zombie Rollerz: Pinball Heroes is out on Nintendo Switch with a $14.99 asking price. 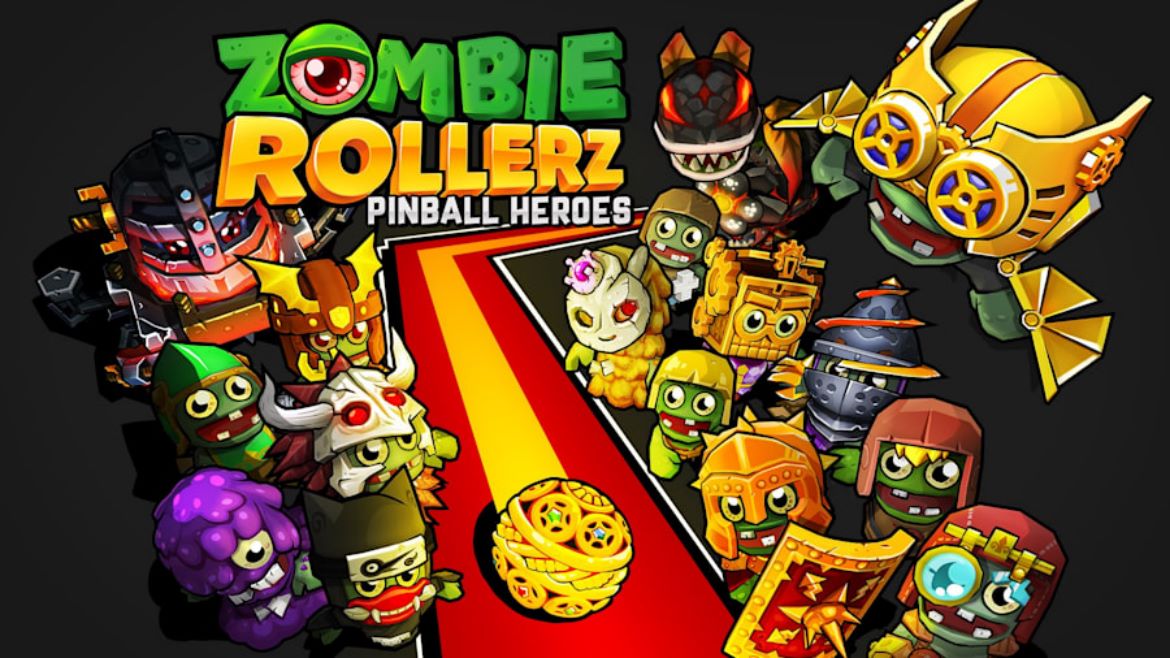 Disclaimer
This Zombie Rollerz: Pinball Heroes review is based on a Nintendo Switch copy provided by Daedalic Entertainment.

Time Loader Out Next Week On Consoles