Swords and Bones from RedDeerInteractive and SEEP is an old-school infused 2D action platformer on Nintendo Switch. Every 500 years, the demons invade humanity. The Wolf Demon has been attacking the Kingdom of Vestus, so it’s time for a hero to rise to the challenge. He’s a nameless hero with a sword in his hand, which is good enough for running and slashing at anything that stands on your path. The game pays homage to the classics from the 1980s and 1990s such as Castlevania and Ghosts ‘n Goblins, with a soundtrack to match. 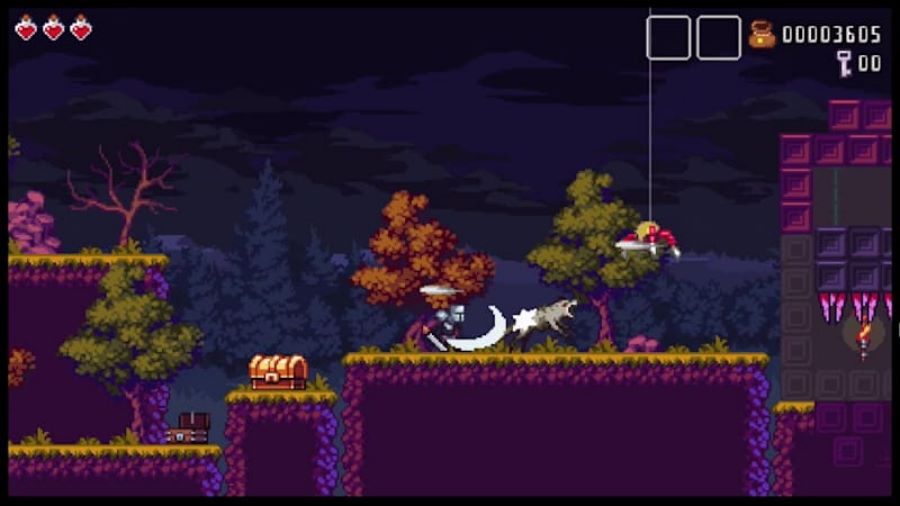 You’ll control your character with the left analog stick or the D-Pad, jumping with the A button and attacking with the X button. You can open chests by pressing up when near them, as long as you have a key on you. If you have a spell, you can activate it with the B button. Along with keys, you’ll also collect gems, coins, and bags of coins to increase your gold, red potions to recover some of your lost health, and blue potions to recover your magic points. And if you manage to find all 46 golden heroes’ trophy, you will get to face the game’s epilogue. 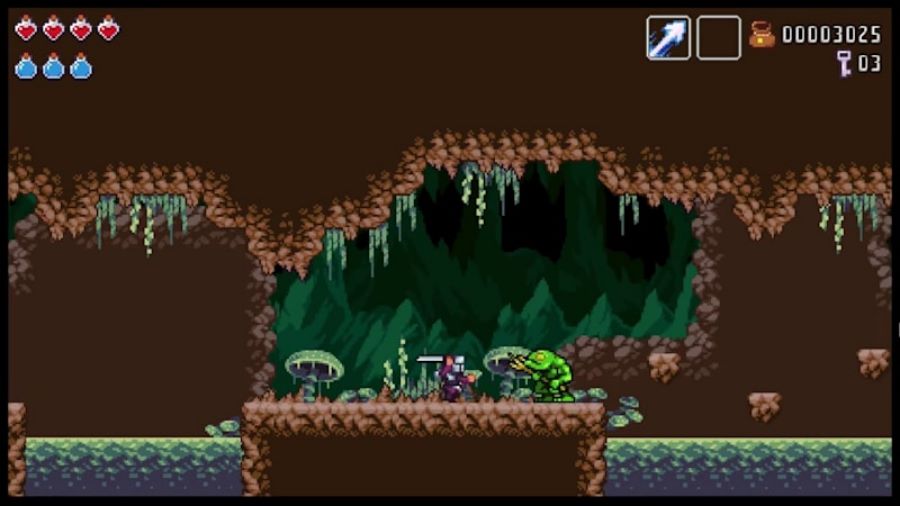 All of the gold you collect from treasure chests, breaking crates, jars, and barrels, and defeating monsters can be used to purchase power-ups at the shop. These power-ups include a thief’s necklace that can reveal illusory walls, a sacred ring that can destroy cursed blocks, or winged boots to activate a double jump – which you will want to purchase right away, but carries a hefty 5,000 gold coins price tag. There are also items to increase your character’s max HP and MP. You can also purchase spells, like the long-range enchanted arrow or a regeneration spell that will help you recover some lost HP.


Levels are bite-sized in nature, so you can quickly complete a handful of them as long as you pay attention to your enemies’ movement and attack patterns and stay out of dangerous hazards such as the fire pits or the always classic sharp spikes that you will find here and there. You’ll start by fighting against skeletons that move back and forth over a set path and will then find green skeletons that shoot from a distance. After this, there will be ghosts that pop out of nowhere, slimes that leave behind a poisonous goop that flies upwards before falling to the ground, crows that fly back and forth as they try to claw at you, and more! 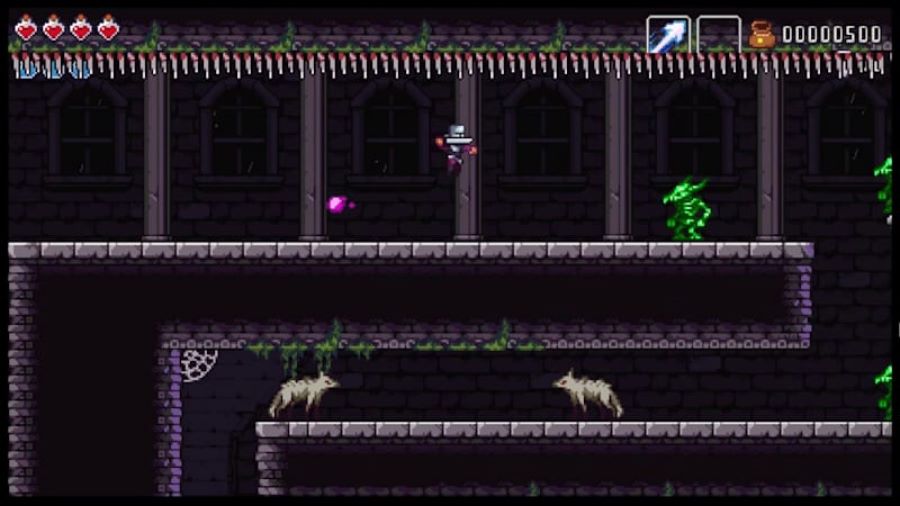 At the end of each set of levels, you’ll find that the tenth level is a boss fight. Paying attention to what a boss can do during battle is crucial for your survival. Odds are you’ll die the first time you go up against a boss, but worry not because you’ll at least learn from your mistakes and will be able to visit the shop to get a power-up or a spell to help you with your rematch. Buying a spell and equipping it before said rematch can make a big difference, especially if you’ve also purchased an item to increase your total HP and MP! 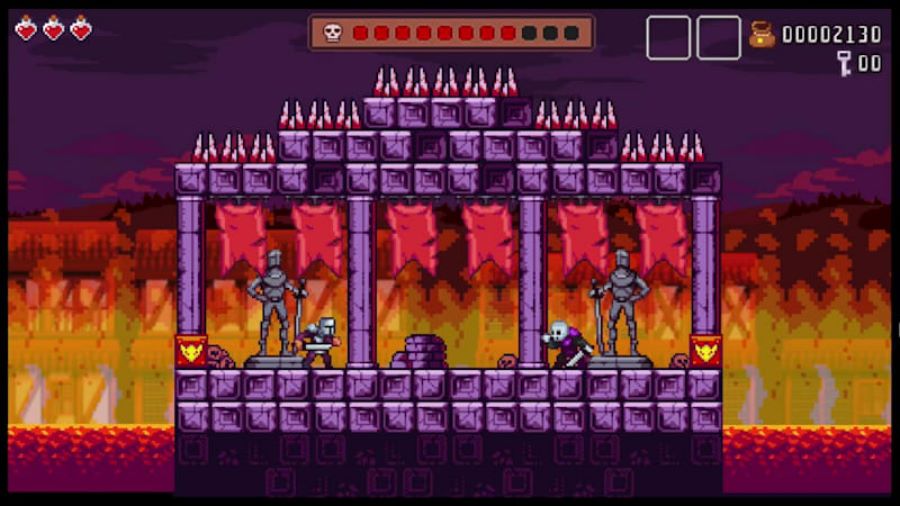 Swords and Bones is a charming 2D action platformer that pays homage to the classics from the 1980s and 1990s, offering simple control mechanics, a solid upgrade system by way of purchasing power-ups, permanent boosts, spells, and other items to help you on your quest to save the Kingdom of Vestus. Swords and Bones is out on Nintendo Switch with a $7.99 price, and it’s an easy one to recommend for fans of the genre. 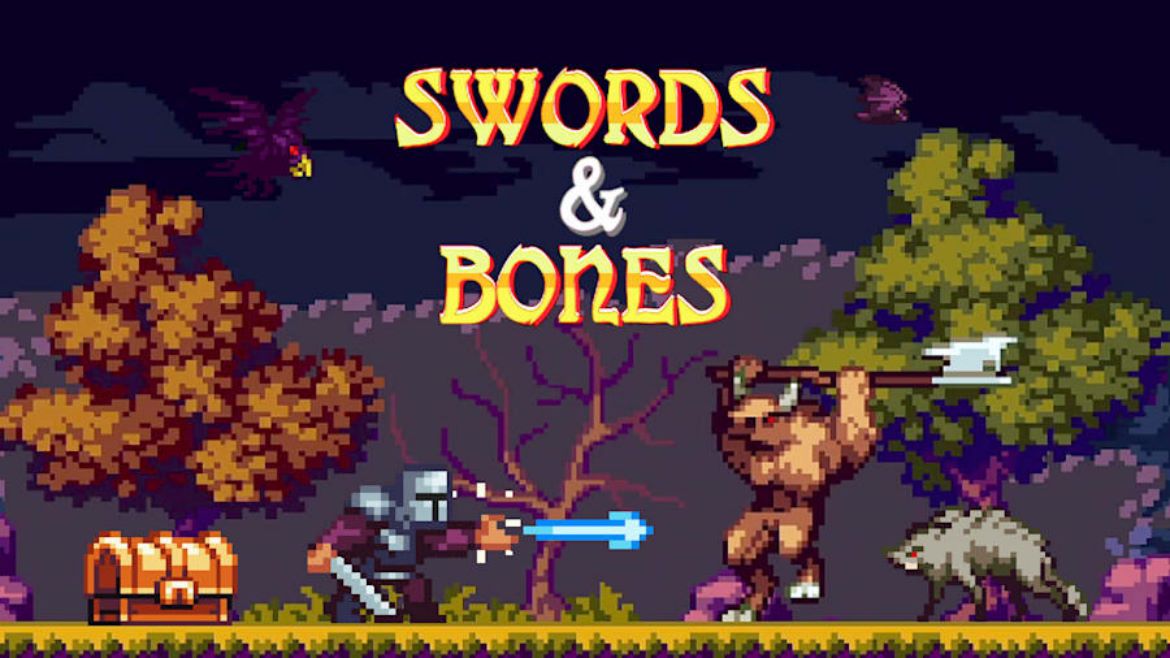 Disclaimer
This Swords and Bones review is based on a Nintendo Switch copy provided by RedDeerInteractive.

Dying Light Gets Next Gen Update