River City Girls Zero from Arc System Works, WayForward, and Limited Run Games brings us an updated localized version of Shin Nekketsu Kōha: Kunio-tachi no Banka. The original version was released on the Super Famicom way back in 1994, and we now get a chance to check out what is billed as the first beat ‘em up adventure of Misako and Kyoko. The game’s premise is that they find an old video game cartridge that has Kunio and Riki on the cover, so they plug an old-school console to the TV, put the cartridge in, and power the console up. 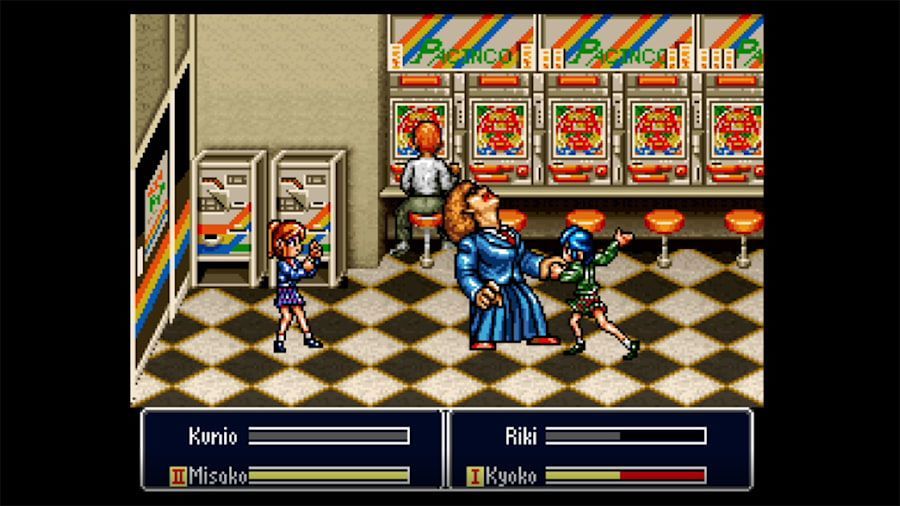 Because of all this, for the revamped Nintendo Switch version, we’re getting a great-looking animated intro cutscene, voice acted manga cutscenes for the story similar to those you get to experience in River City Girls – a game we recently reviewed on PlayStation 5 -, as well as a new song from Megan McDuffee to get you going. There’s also an image gallery which includes scans of the original game manual in Japanese, along with 3D models of the game’s box and cartridge.


The game’s story has Kunio and Riki being convicted for a crime they say they did not commit: a hit and run. They’re sent to a juvenile correction facility, where they get into trouble as soon as they step into their cell, because one of the guys in there says he’s the boss and that the pair need to do everything he orders. Beat up the group, and now Kunio and Riki will be running things. After being visited by their friend Hiroshi, who mentions that some weird stuff is going on at school, and that someone who looks a lot like Kunio was recently spotted near the school, the pair decide to escape in order to find this mysterious individual and clear their names. 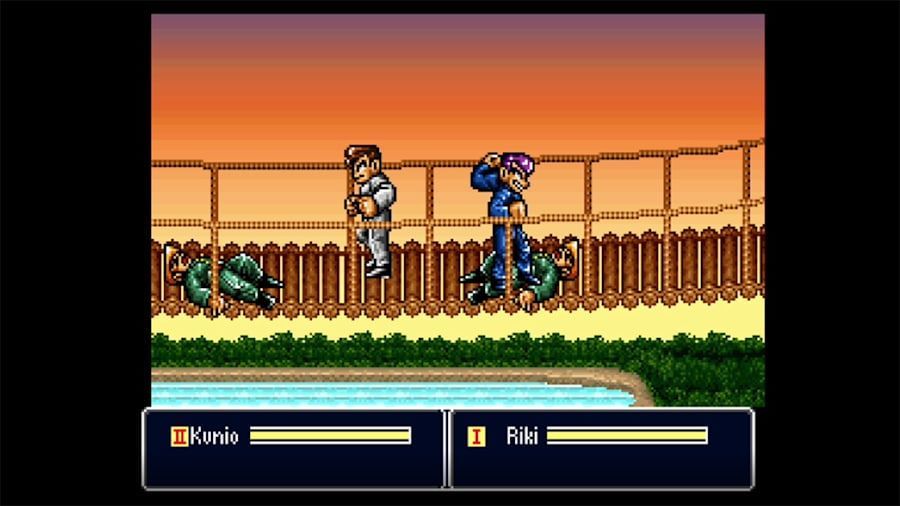 Once you’re ready for action, you’ll control your character with the left analog stick or the D-Pad, jumping with the B button and kicking with the A button – and yes, you can certainly do a jump kick! The Y button is used for punching, while the X button is used for a back attack in case an enemy is trying to sneak up on you. The L and R buttons are used for guarding against attacks. If you want to switch between Misako, Kyoko, Kunio, and Riki, you can press the ZL or – buttons as needed. Each character will have its own HP gauge, so be careful as you play, because if any of their HP runs out, it’s game over! The girls are faster than the boys and have a longer kick range, but the boys can grab stunned enemies, or hit those who are on the ground.

It took a while, but we finally got a chance to check out one of the “lost games” in the long-running River City – a.k.a. Kunio-Kun – series that remained as a Japan-only release for almost three decades. The game does show its age gameplay-wise, since it’s obviously not as fluid as River City Girls, but it’s still an important part of the franchise, with its bigger focus on story as well as switching things around d by having full-sized character models and not the super-deformed look we’re most familiar with. It’s a game that you can probably complete in 2-3 hours depending on your skill level, but it’s still a fun retro experience. River City Girls Zero is out on Nintendo Switch with a $14.99 asking price. 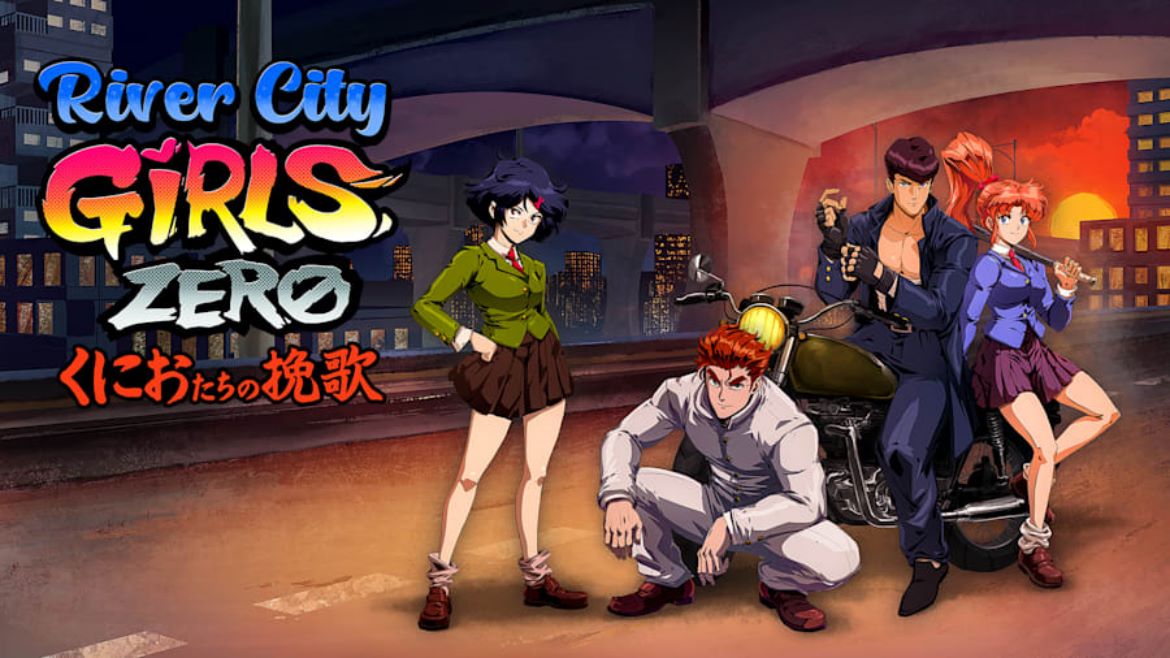 Disclaimer
This River City Girls Zero review is based on a Nintendo Switch copy provided by WayForward.