Pudding Monsters from Zeptolab and QubicGames is a fun all-ages puzzle game on Nintendo Switch. It was originally released on mobile, as has been the case for other Zeptobal games that have made their way to console, such as Om Nom: Run – which we reviewed last year. Pudding Monsters offers 125 levels to beat, and the game tasks you with saving your fellow monster friends from the cold-hearted fridge owner. You’ll swipe your way to victory as you stick together the different monster types you’ll find. 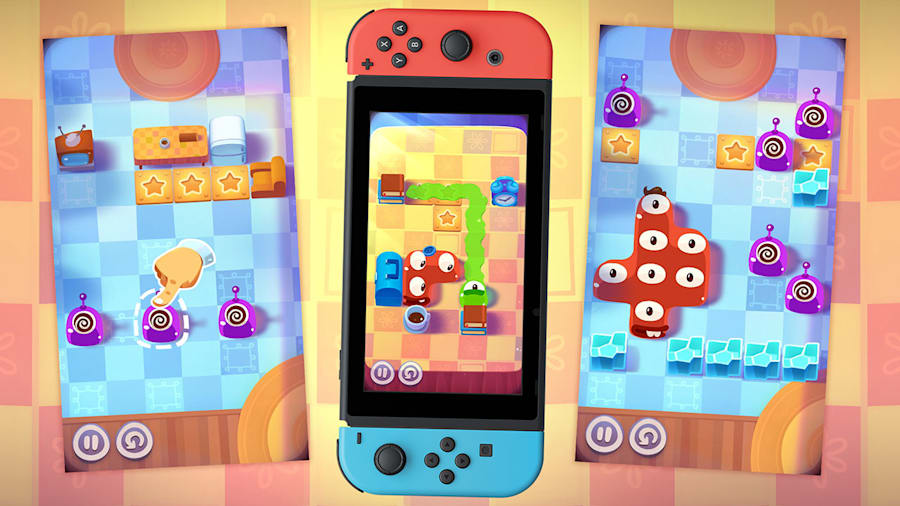 Given its mobile roots, this is one of those games that have made their way to Nintendo’s console by offering only touchscreen controls, which means you’ll have to take on this one in Tabletop or Portable Mode or play it on a Nintendo Switch Lite. You’ll hold the console vertically as you use the Switch’s touchscreen to slide the monsters around, combining them to find the right way for solving each of the puzzles. Connect monsters, and they’ll get bigger and bigger, and that’s how you complete a level! 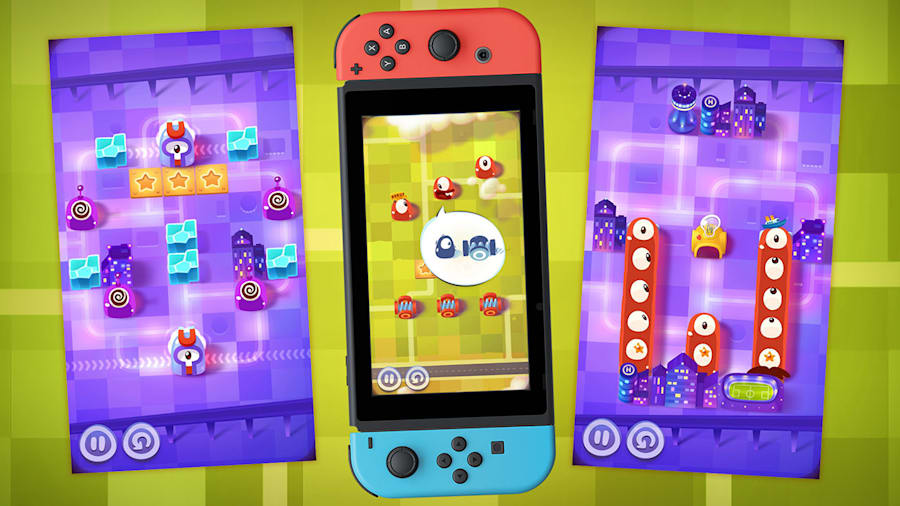 It’s a colorful game with easy-to-understand gameplay mechanics since all you do is slide monsters around, have them hit objects on each stage, and then make them slide again so that they all connect and form one larger, new monster… right? And then, you get stars. As expected from a mobile to console game, you can get a three-star rating on a level by completing something specific. In this case, that would be to make sure that some of the parts of the monster you form at the end are on top of the star tiles for the stage. 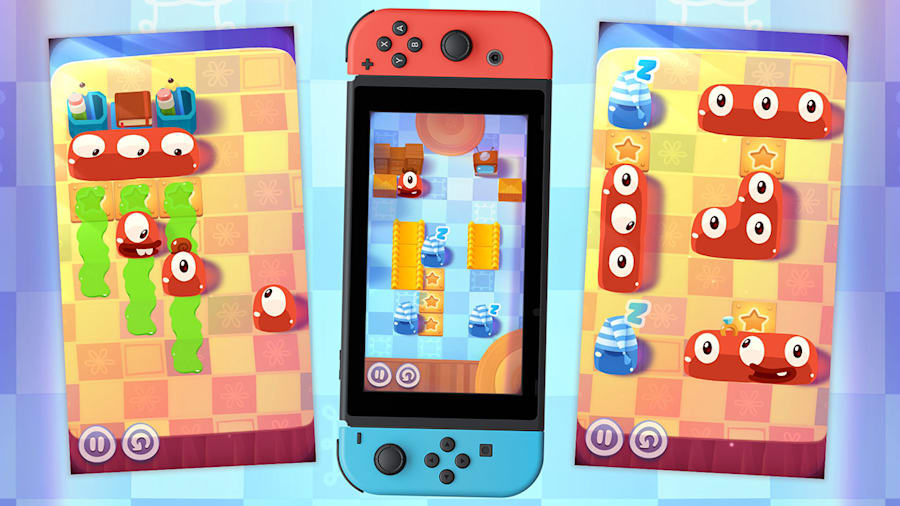 To keep things feeling fresh, new elements will be introduced at a steady pace as to not feel overwhelming. For example, you’ll soon run into monsters that are taking a nap, so you can’t have them slide around until you wake them up by having another monster merge with them. After this, the next one will be the green monsters, which leave behind a trail of slime as you slide it around. This slime will make any monster that slides over it come to a complete stop, which will definitely change how you approach subsequent puzzles! You’ll then run into ice blocks and other elements that I’ll let you discover on your own, but that will definitely make it possible to keep the fun train going strong. 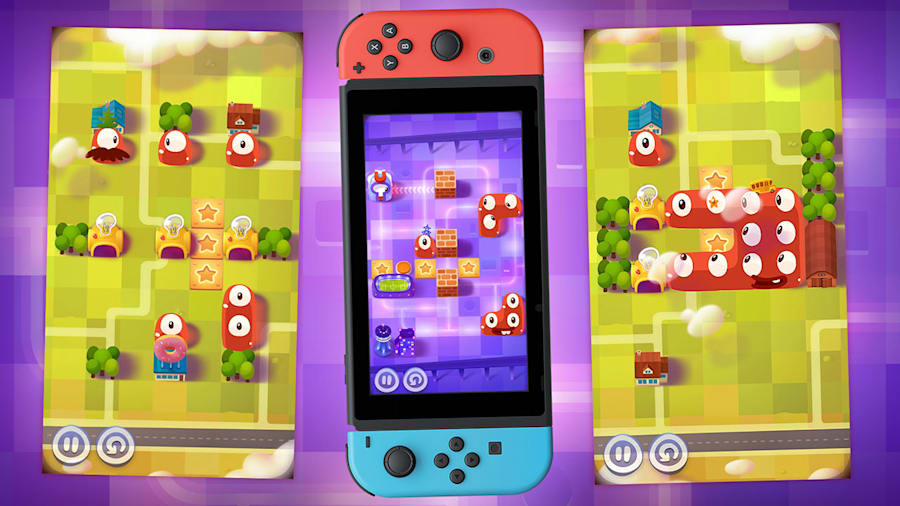 Pudding Monsters is a colorful and fun all-ages puzzle game with over 100 puzzles to solve and 369 stars to collect for those of you who like to 100% their games. You will need to get some stars along the way because you’ll need stars to unlock the additional level sets, but worry not since none of the puzzles will feel too difficult. Pudding Monsters is out for a budget price of $4.99, and it’s one that you should definitely check out on Nintendo Switch. 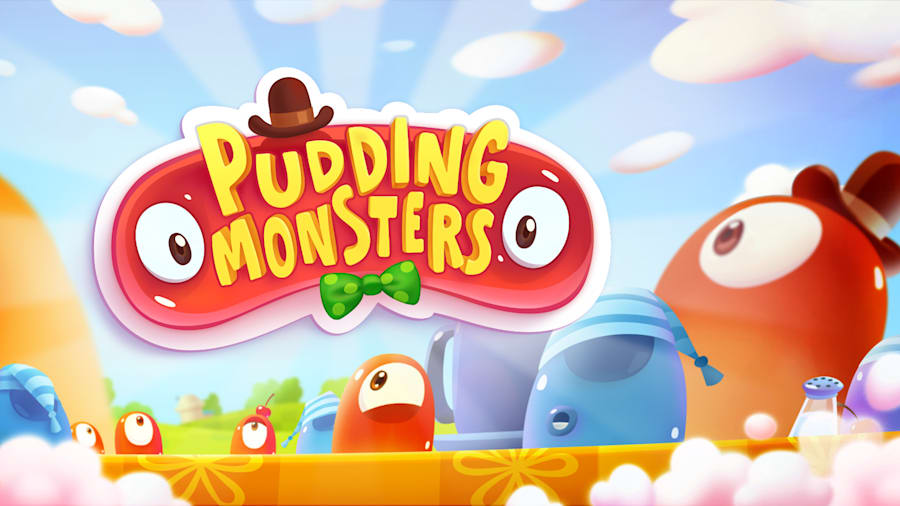 Disclaimer
This Pudding Monsters review is based on a Nintendo Switch copy provided by QubicGames.