Queeny Army from eastasiasoft and Al-link is a hardcore 2D side-scrolling Rated M for Mature action platformer on PlayStation. Learn more about it in our Queeny Army review!


Queeny Army from eastasiasoft and Al-link is a hardcore 2D side-scrolling Rated M for Mature action platformer on PlayStation. Your task? To liberate your country from the evil forces that have murdered your classmates and school director. The group escapes from the adoption house and takes on a 2D run ‘n gun experience in which you’ll control one of the 12 girls, with each one having its own skills and exclusive weapon types. 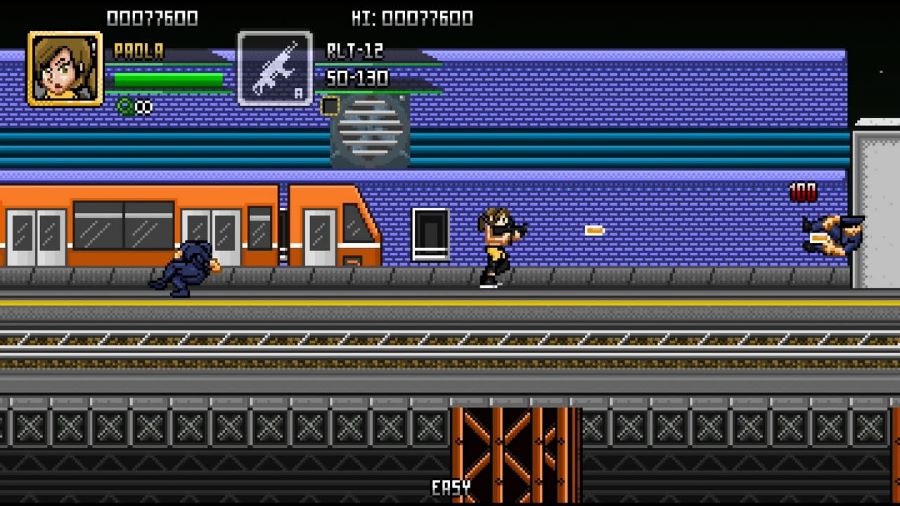 It’s a game that pays homage to the beloved old-school Contra run ‘n gun series, having you explore each level as you run, jump, and shoot at everything that moves. You’ll explore the corrupt city of San Romero, fighting for liberation and vengeance. There are six levels of increasing difficulty to complete, all with a retro pixel art look and feel. To make it possible for gamers of all skill levels to reach the end and see the credits, you can select between the Easy, Normal, Hard, and Old-School difficulty settings. 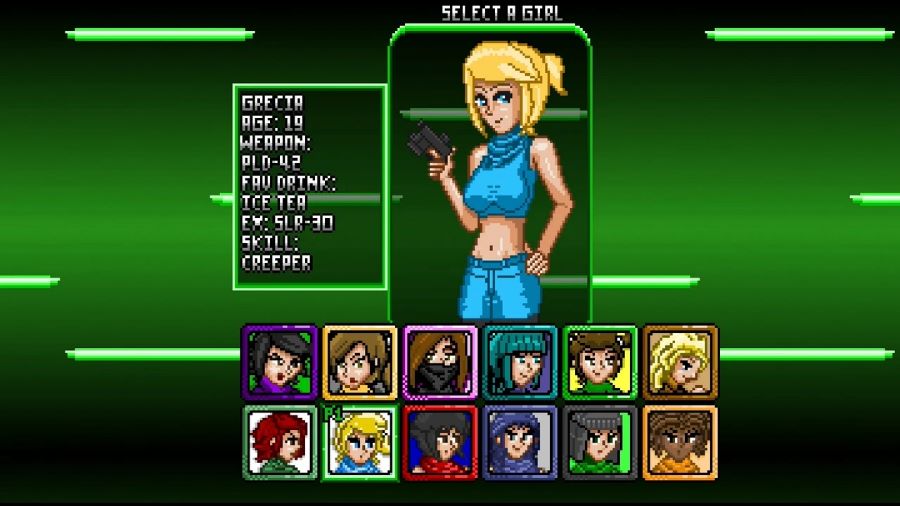 Select one of the twelve girls – Gaby, Paola, Anaemary, Fatima, Collette, Zuria, Vanessa, Grecia, Maite, Karina, Marcela, and Monica – check out their intro story, and then go straight into the action. You’ll move your character with the left analog stick or the D-Pad, jumping, double jumping, and wall jumping with the X button. You can attack with the Square button and can use different weapons by collecting the items you find. If you press and hold down the R2 button, your character will remain in place so that you can aim and shoot around her as needed. You won’t die if you’re shot once, so you should also keep an eye on your health bar so that you can collect healing items to recover. 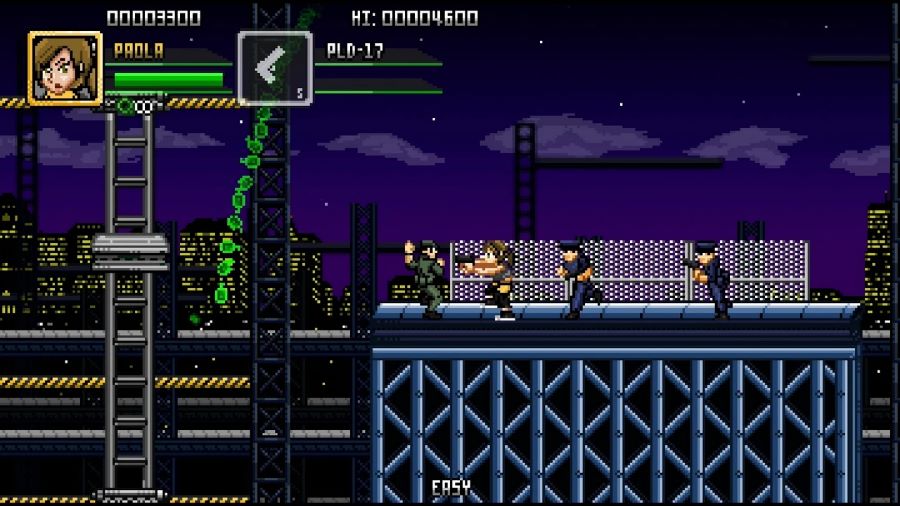 There’s a full trophy list to work on so that you can add a new Platinum trophy to your collection. If you own a PlayStation 5, you can get two Platinum trophies since each version of the game has its own trophy list. The list includes one Silver trophy and eleven Gold trophies. You’ll have to defeat 25, 100, and 300 enemies, collect 3, 8, and 15 healing items, die 3, 9, and 18 times, progress a bit through the game’s story and defeat the first and second bosses in the game. 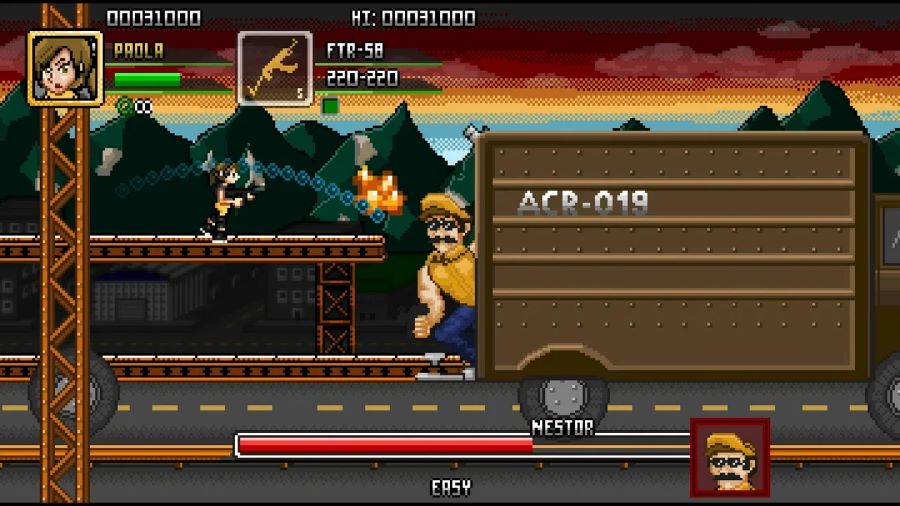 Queeny Army is a fun indie 2D run ‘n gun with six levels to take on and a solid difficulty curve that won’t feel overwhelming. You can select the right difficulty level for you and help the girls get the vengeance they deserve. Queeny Army is out on PlayStation 4 and PlayStation 5 with a low $4.99 price, offering you both versions of the game at no extra cost, with each one featuring its own separate trophy list. 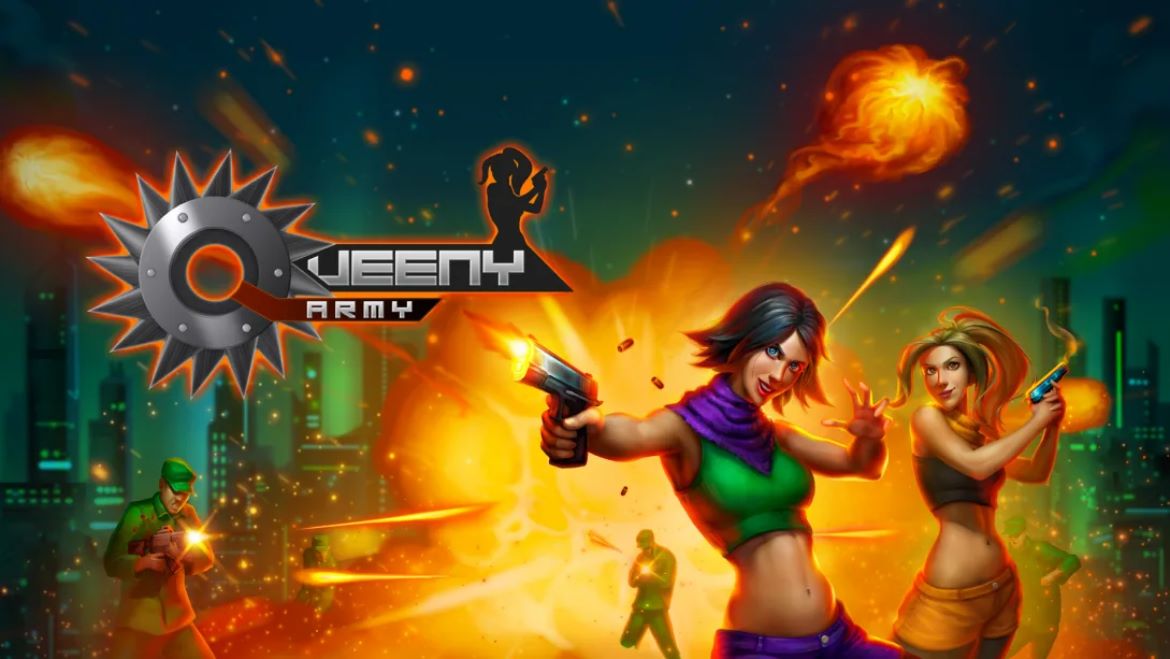 Disclaimer
This Queeny Army review is based on a PlayStation 5 copy provided by eastasiasoft.

Monster Crown Out Today On PS4