Martha is Dead by Wired Productions and LKA is a dark first-person psychological thriller set in 1944 Italy as you explore the mysteries surrounding your twin sister’s death. Check our Martha Is Dead review! 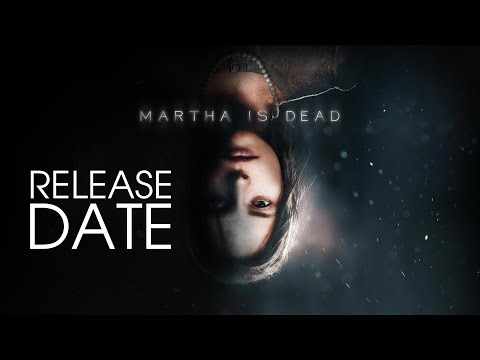 Martha is Dead by Wired Productions and LKA is a dark first-person psychological thriller set in 1944 Italy as you explore the mysteries surrounding your twin sister’s death. The story starts with a brief intro from back in 1929. Young Giulia is with her nanny right before going to sleep and asks her to tell the story of the White Lady, a spirit imprisoned by the lake that roams the woods looking for her lost love. Giulia spent a few years with her nanny as her parents and sister were away, and the only thing that could make her happy was to set up cameras in the woods by the lake. Fast-forward to 1944, and Giulia is installing her camera to take pictures by the lake when she notices a silhouette in the water. After running to the docks and jumping in the water, she finds a body that she drags back to the shore, only to find out that it’s her twin sister Martha. As your parents rush in and ask if you, Martha, are OK, you nod, thus taking her identity and embarking on a quest to find out why your sister was killed.

The game is played from a first-person perspective as you explore your house, the surroundings, and the lake where you found Martha. The L1 button will allow you to run, while the R1 button will open up your bag in which you carry the items you find throughout the story. When there are points of interest, you’ll be able to interact with them by holding the R2 button. Other than that, there will be various situations where the shoulder buttons and analog sticks will be used to interact with objects, such as, for example, your camera. 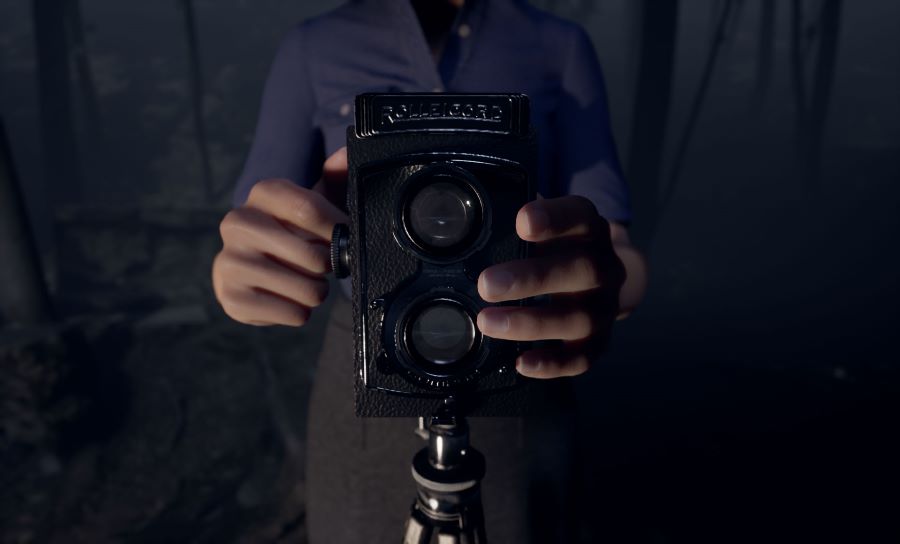 Speaking of the camera, it is one of the central elements of the game, as Giulia loves to take pictures and tries to solve what happened with the different objects and scenes she captures. You’ll find a lot of accessories that will allow you to take different kinds of pictures, like a flash, a tripod, or different types of lenses. You’ll also be able to adjust things like the focus, aperture, or exposure to be able to fulfill the requirements to be able to take the picture.


The game looks great, and there is a lot of attention to detail to create that feeling of being in 1944. It goes a bit further to set the mood, things like the radio that’s always on, to ensure you hear if there is something going on. There are also a lot of gory moments in the game, which can be either a good thing or a bad thing depending on your tolerance because they do very realistic. The music is also a strong highlight, as it features songs that feel like they were created in the era you’re experiencing. 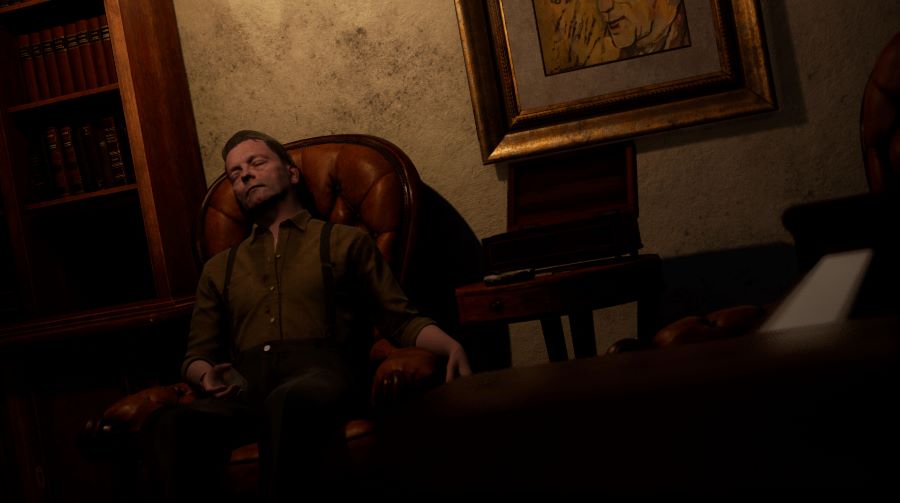 I’m generally not a fan of games that rely heavily on exploration or to a certain extent walking simulators. Martha is Dead, though, got me hooked right from the beginning, as soon as I got to the moment where Martha is found. The intrigue about what happened was there, and everything I could find I knew could help me in knowing a bit more about what happened. There’s also that whole war background that keeps adding to the mystery, as your father was a German military, and there is suspicion that it could have a link with your sister’s death. And then there is, of course, that White Lady that haunts your nightmares and that will have a role to play in this mystery.


The other aspect I really enjoyed was the emphasis on the use of the camera. The fact that you have to take into consideration the different accessories and available parameters to take a picture, then go back to your house’s darkroom to develop them, has a certain ceremonial aspect that adds to the realism and atmosphere of the game. What will you find in the images you capture with your camera? 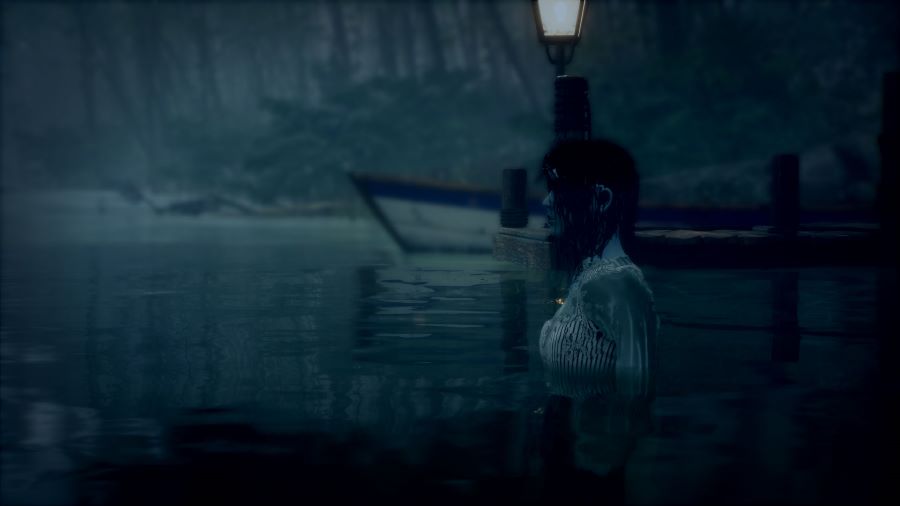 Unfortunately, I did run into an annoying issue with picture taking that, as of this writing, made the process annoying. When trying to take pictures, you can use the left analog stick to move closer or move back. The problem is that a lot of times, up or down only made me go back, so I had to get out of camera mode, go back to where I thought was the right place, and then open the camera again, hoping that I was in the right spot. I also encountered a moment where a dialog stayed on the screen and wouldn’t close, and another one where the game just froze, both of them requiring me to close and restart the game. After doing this, I didn’t run into those issues again. 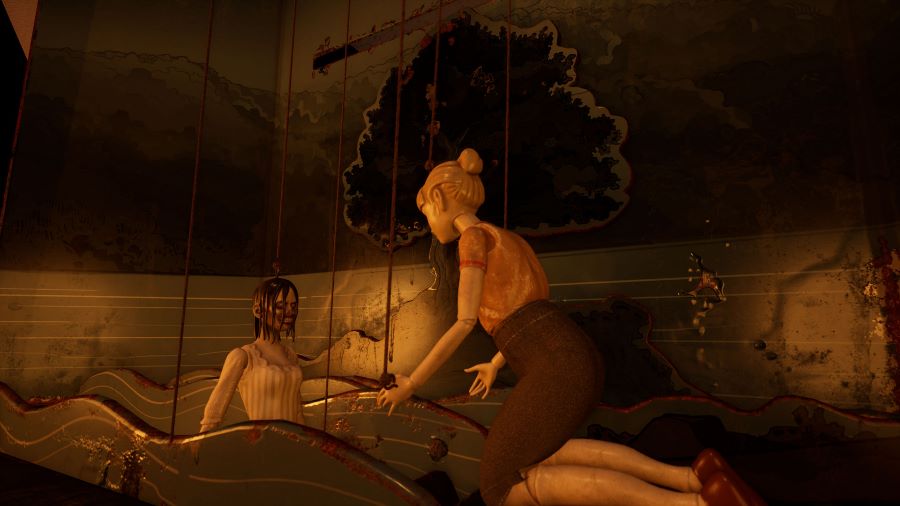 As for the trophies, this game should be an easy Platinum to obtain. There are a few trophies tied to progressing through the story, and for the rest, you can always load back a save of a previous chapter, as the game preserves a save at the beginning of each chapter, making it easy to do some cleanup for any trophies you might have missed along the way. Overall, you might be able to get this Platinum in around 6-8 hours. 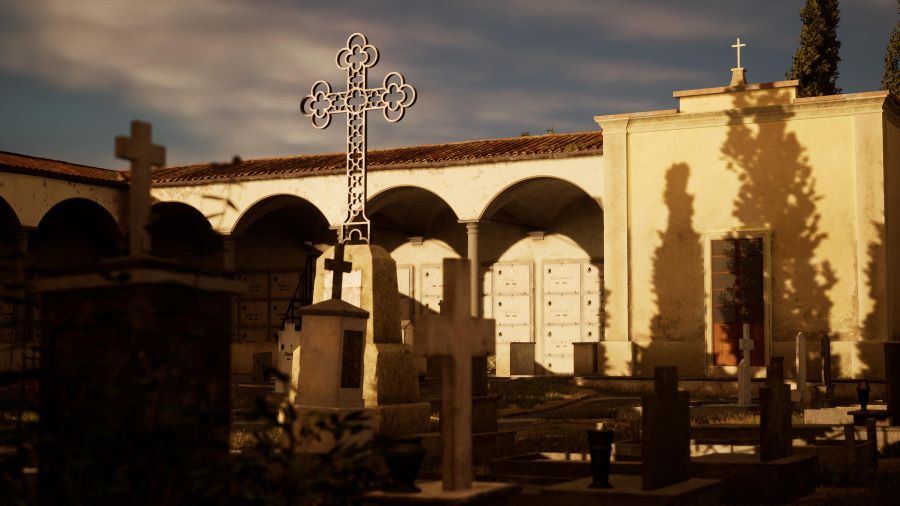 Because of the gory aspect, Martha is Dead is not suited for everyone. But if this is not something that bothers you, the story, its mysteries, and the atmosphere make this game one to definitely check out. This is a Cross-Buy title, so you’ll be getting both the PlayStation 4 and the PlayStation 5 versions with your purchase. Martha is Dead is out today with a $29.99 asking price. 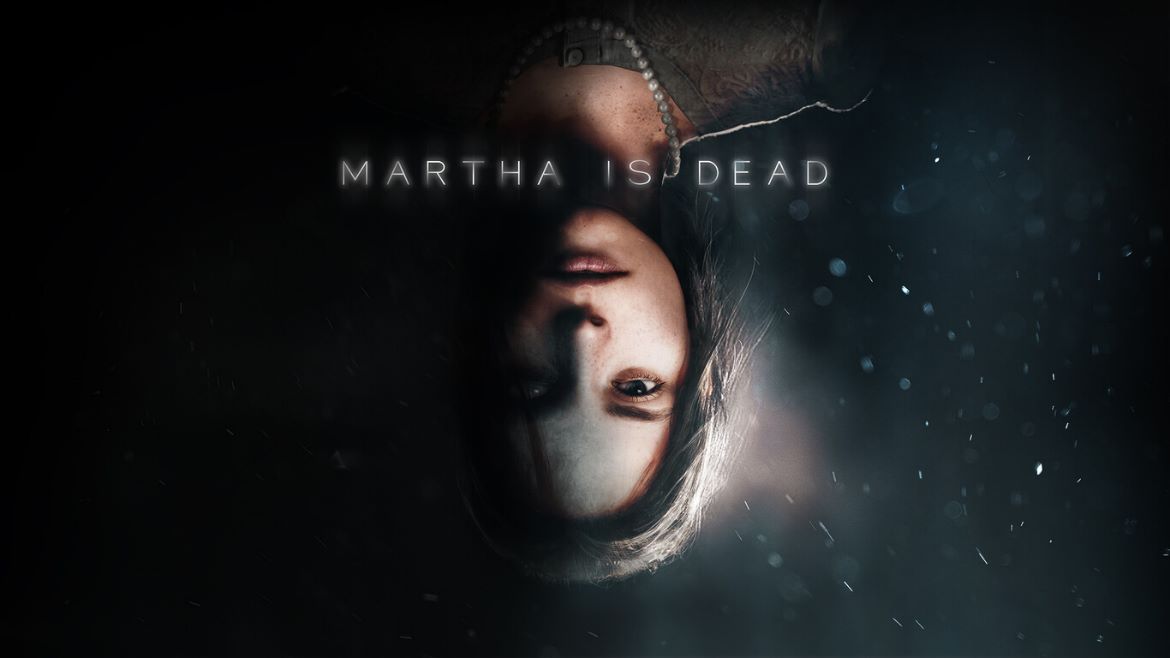 Disclaimer
This Martha is Dead review is based on a PlayStation 5 copy provided by Wired Productions.