Kinduo from Nibb Games and Ratalaika Games is a cooperative platformer in which you’ll follow two friends in their quest back home. Check our Kinduo review!


Kinduo from Nibb Games and Ratalaika Games begins with a few seconds cutscene that shows the friends Rock and Storm. It doesn’t have any text, so you’ll mostly be drawn into the game without much context. This one can be played either solo or with a friend in local multiplayer. Each player can control one of the two main characters, or you can play alone and press the L1 button to switch from one character to the other.

Each of the two characters, Rock and Storm, has its own abilities. For instance, Rock can move crates or step on buttons to open up doors. Storm can jump higher, which is helpful to bridge some longer gaps, and it can use sparks to activate platforms. As the game progresses, the two characters will also learn advanced skills: Storm will be able to dash after a jump, while Rock learns to do a ground pound, which is useful for adding new puzzle elements for later levels. 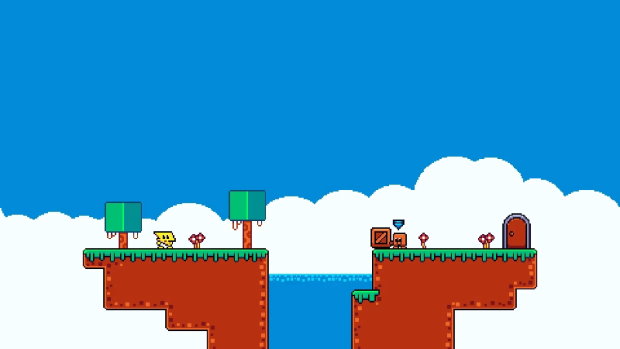 The difficulty starts low, and you won’t have much trouble completing the first set of levels. The difficulty does increase at a good pace, so by the time you’re playing the last ten levels that Kinduo has to offer, you might need some help for completing a couple of the stages. The level design is simple, and you’ll be able to easily notice where each character’s abilities will need to be used. Depending on your experience with 2D puzzle platformers, it should take you around an hour or so to complete all stages.


As for the presentation, I liked the colorful pixel art, and the different levels look good. I liked that the backgrounds changed every ten levels or so. The game begins on a colorful day then moves to the night in what seems like a cemetery. Towards the end, it changes for a winter scene. As for PlayStation 5 specific features, this game does not take advantage of the DualSense, which has usually been the case for several indie releases. 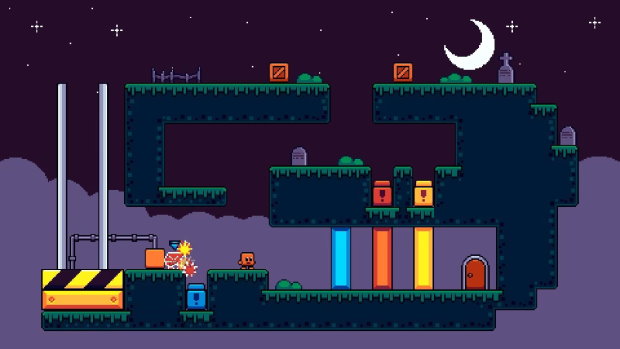 On the trophies side, the list is pretty short, with only a single silver trophy and 11 gold trophies standing in your way towards unlocking a new Platinum trophy. Most of the trophies are awarded for progressing through the game, and two, in particular, will require that you find a miscellaneous object in a level and that you complete a bonus level. Since this is a Cross-Buy title, you’ll get both the PS4 and PS5 versions with your purchase, each one with its own trophy list for twice the trophy hunting.

Kinduo is a fun puzzle game that has a great level design and can be played either in solo or local multiplayer. The trophy list is short since it only contains 13 trophies, but it does include a Platinum. Thanks to the game being Cross-Buy, you can get two Platinum trophies if playing on PlayStation 5 at a low price of $4.99, which shouldn’t take you more than an hour to do – and faster if you use the trophy guide below! 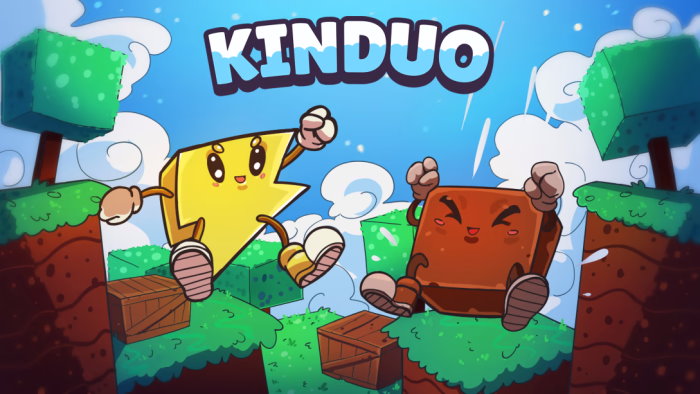 Disclaimer
This Kinduo review is based on a PlayStation copy provided by Ratalaika Games.