It’s been a long, long road, but open-world action RPG Cyberpunk 2077 from CD PROJEKT RED is finally out on PS5. How does it fare on Sony’s current-gen console? Find out in our Cyberpunk 2077 review!

It’s been a long, long road, but open-world action RPG from Cyberpunk 2077 from CD PROJEKT RED is finally out on PS5. How does it fare on Sony’s current-gen console? A lot better than it did when it launched on PlayStation 4! Way back on December 2020 – which feels like it was a lifetime away – CD PROJEKT RED launched Cyberpunk 2077 on PS4 digitally and at retail, both in a standard edition and a massive collector’s edition that included an anthology book, a map of Night City, postcards, stickers, a steelbook, a guide to Night City sealed inside of an evidence bag, patches, a metal car keychain, metal pins, and the physical PlayStation 4 game, which offered a broken experience.

The PlayStation 4 version launched with a ton of bugs, some of which led to nasty crashes that made some sections of the game completely unplayable on Sony’s last-gen console. After what CD PROJEKT RED did with the excellent The Witcher III: Wild Hunt – which you can play at home on PlayStation 4, on the go on Nintendo Switch, and which will also be getting a PlayStation 5 boost later this year – and with seven years of development, everyone was hyped for what Cyberpunk 2077 would do on PS4 and PS5. The PlayStation 5 version was delayed as the team worked on a series of patches to boost the PlayStation 4 performance, and here we are in February 2022, with a chance to finally check out the PlayStation 5 version. Keanu Reeves will be part of your experience thanks to his character Johnny Silverhand who has a very interesting presence in the story – which I won’t spoil here. 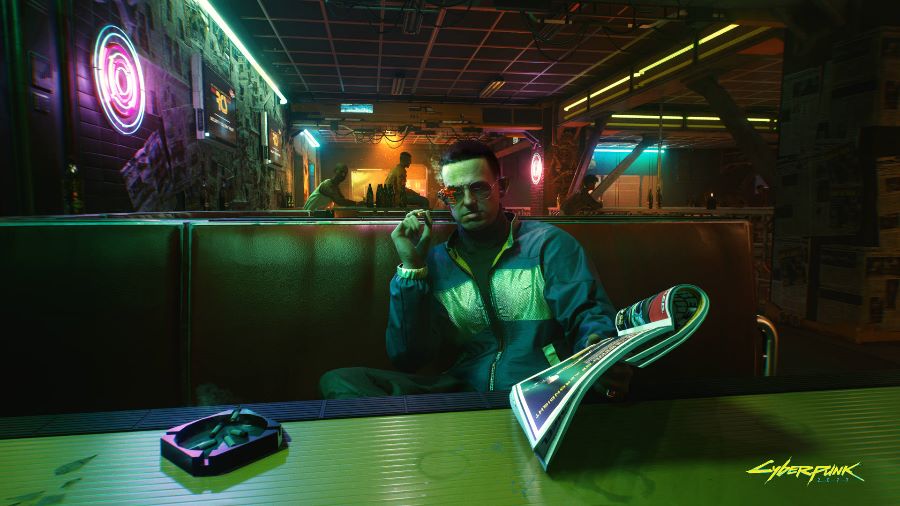 The game can be played in one of four difficulty settings: Easy, Normal, Hard, and Very Hard. Easy will be the right choice for gamers out there who are looking to enjoy the story for Cyberpunk 2077 at their own pace since combat won’t be much of a challenge. Normal will bump up the challenge a bit, giving enemies a small edge over V. When playing in Hard, you must pay attention to your surroundings at all times because enemies will come at you at any time and will completely destroy you if you give them a chance. Very Hard is for those who just want to see the world burn. Items must be used at the right time to stay alive, and you must make good use of your perks – and select the right ones – to stay one step ahead of your enemies.

The next step will be to select V’s lifepath. Depending on which of the three choices you make, some events and dialogue options in the story will be different. What are the options? Nomad, Streetkid, and Corpo. The Nomad path has V looting scrapyards and raiding fuel depots, all while growing up with qualities such as honesty, integrity, and a loge of freedom. Streetkid is the path in which V is a bit more street-savvy since you were pretty much raised by gangs, fixers, and dolls. Corpo might seem like the trickiest of the three since you’re in it to win and nothing else. No one will be able to stand on your path as you double-cross people, bend the rules, exploit secrets, and more, all to climb higher and higher.


You can customize V’s appearance, starting with having a male or female body type. Next up, you can change voice tone, skin tone, skin type, hairstyle, hair color, eyes, eye color, eyebrows, eyebrow color, eyelash color, nose, mouth, jaw, ears, cyberware, facial scars, facial tattoos, piercings, piercing color, teeth, eye makeup and color, and even select body scars, body tattoos, genitals, and more. This can be done either by manually changing the values of each option, or you can go with one of the presets available on the left side of the screen. Distribute points between the Body, Intelligence, Reflexes, Technical Ability, and Cool attributes, and you’ll be ready to go. 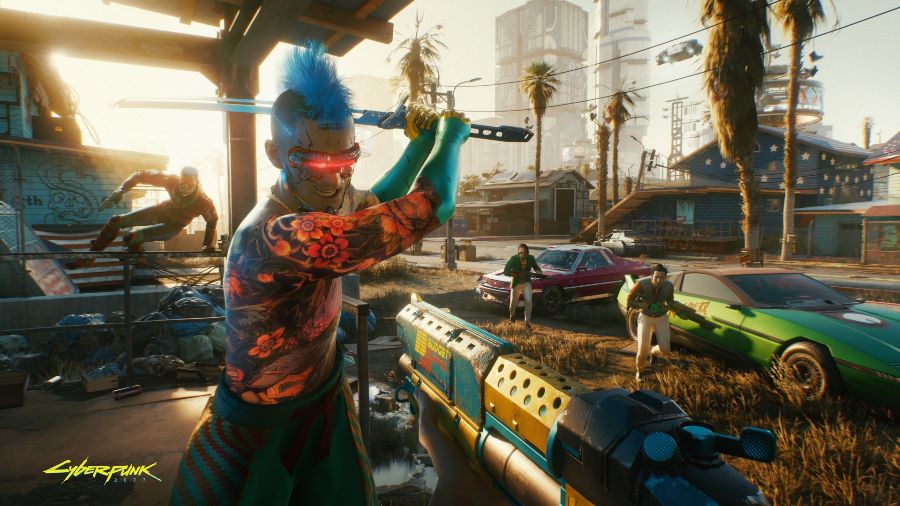 On that note, you can decide to play Cyberpunk 2077 on PlayStation 5 either in Performance Mode or in Ray Tracing Mode. The Performance Mode aims for a smooth 60 frames per second experience with dynamic 4K upscaling. Ray Tracing Mode aims to push the hardware hard by offering photorealistic shadow rendering with dynamic 4K upscaling, but the framerate is capped at 30 fps. The PS5 version also has activity cards, one of the features that Sony introduced at the console’s launch and that has been used by games on the console with a variety of results.


Night City feels alive, with NPC characters going about their day-to-day around V. You need to be careful because Night City is colorful and shiny, but also extremely deadly if you’re not properly prepared. There are tons of jobs to take on, but with every new job comes having to deal with those who would have liked to take on that same job in the first place. These additional jobs are crucial since they will reward you with extra items, credits, and XP, which will allow you to boost your character and gain access to new abilities depending on how you distribute attribute points on the skill tree. It’s not possible to unlock everything on each skill tree during a single run, so if you’re a trophy hunter – more on the trophies in a bit – you’ll need to watch out for a set of specific trophies tied to upgrading your character on specific skill trees. 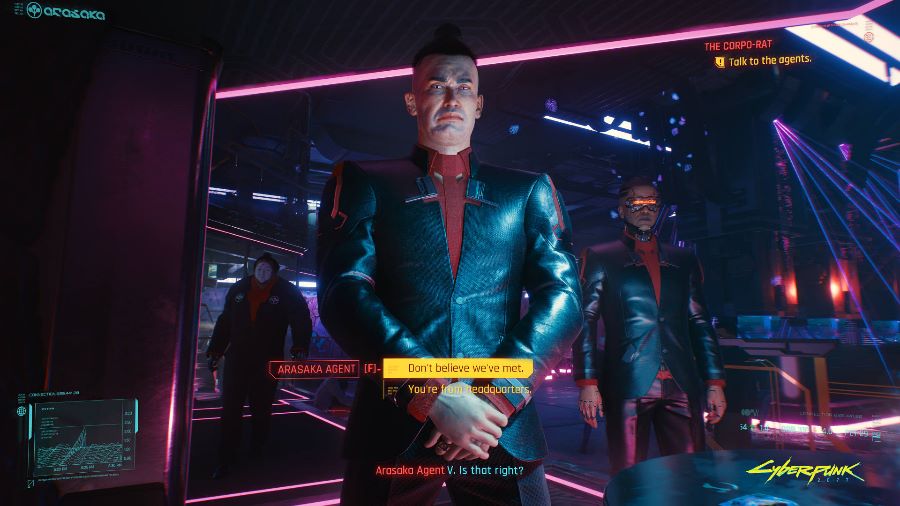 You have an apartment to start your journey but can now rent other apartments at different locations for a variety of prices since it’s all about location, location, locations. Some of the things you can do at your apartment will add a temporary buff to V. For example, if you take a shower, your character will get a Refreshed status, allowing you to regenerate health up to a 60% of your max HP. After getting some sleep, your health will regenerate, and you’ll gain the Rested status for an hour, which will give you a +20% gain for skill XP. Brew some coffee, and you’ll gain the Energized status for an hour, boosting your max stamina by +25% while also gaining 30% stamina regen.


And now, let’s talk about the trophies. Cyberpunk 2077 is a retail release, which means it includes a full trophy list with a Platinum trophy. The list includes 26 Bronze trophies, 17 Silver trophies, and a lone Gold trophy. There’s a lot to do in Cyberpunk 2077, and the good news is that you can technically get all trophies during a single run, as long as you know what you’re doing since there’s a handful of trophies that are missable. During your run, you must pay attention and select 10 dialogue choices related to the origin you selected for V.

There are trophies related to the game’s endings, and one of them requires that you save a character during the previous mission before the ends game, which is actually an optional objective you won’t be aware of. Along with this, as I mentioned before, there are trophies that will require that you max out each of the skill trees, and you won’t be able to do this during a single run, so you’ll have to stock up on attribute points, make a save, back it up, and then use the points to max out one skill tree, reload the save, and do it again for the other skill trees. Oh, and you’ll have to buy all cars available for purchase, which requires you to have a ton of money. Even if you do all of this, it’s not going to be a short trophy, so expect to play 100+ hours to get all trophies – or around 80 hours if you play on Easy. 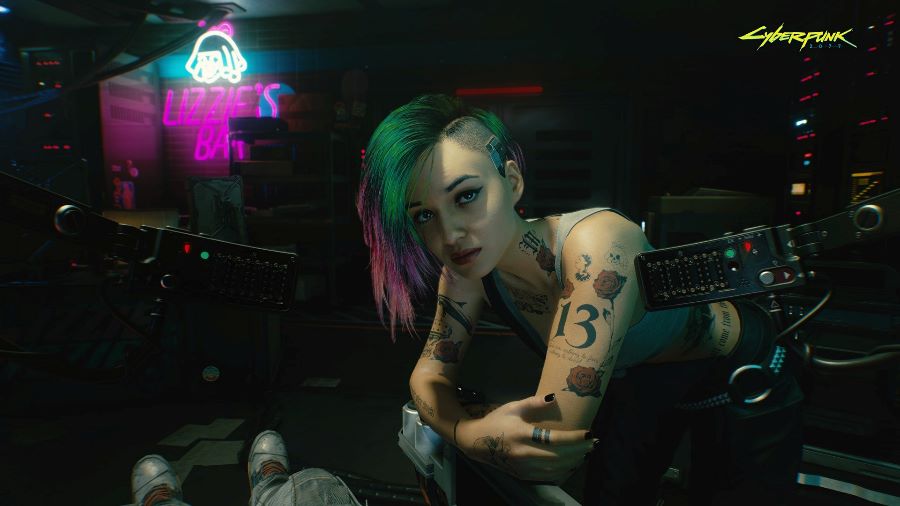 Cyberpunk 2077 on PlayStation 5 it’s the game we should have gotten back in 2020. This upgraded, improved, revamped, expanded, and rebalanced version has been 14 months in the making – and the pandemic certainly got in the way of things and delayed the whole process. If you own the PlayStation 4 version, then you can upgrade to the PlayStation 5 version at no extra cost and enjoy this open-world PG experience on Sony’s current-gen console. 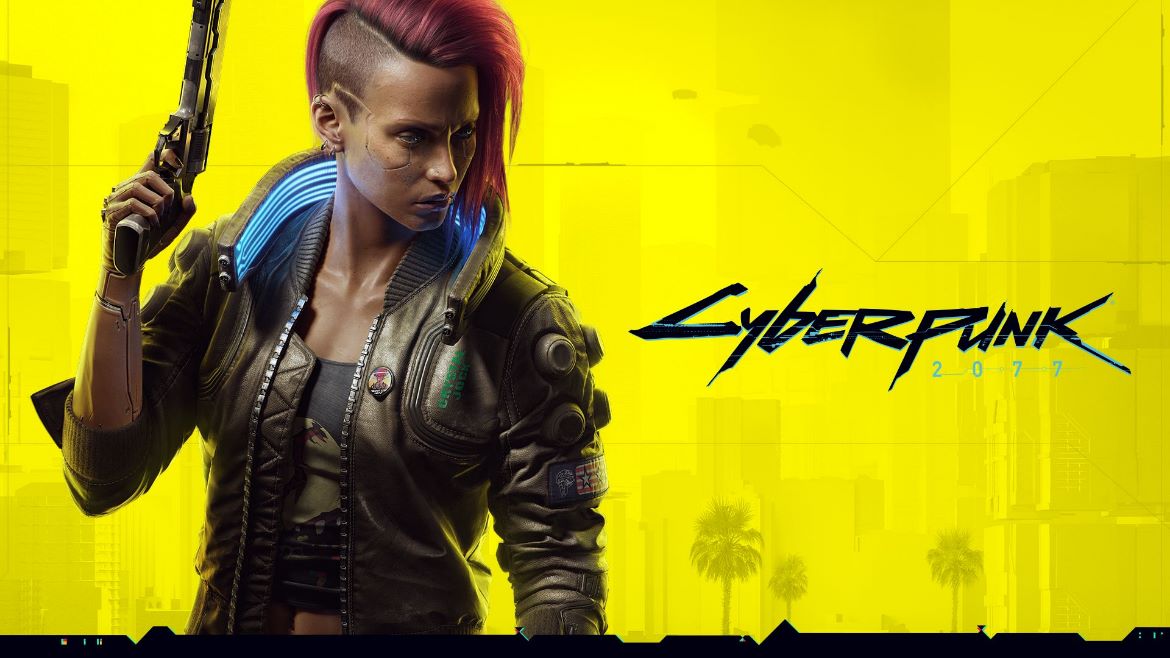 Disclaimer
This Cyberpunk 2077 review is based on a PlayStation 5 copy provided by CD PROJEKT RED.

MacGuffin’s Curse Out In March