Are you ready for a revamped take on a brick-breaking arcade-style classic game? Then it’s time for you to check out our Breakout: Recharged review!


Are you ready for a revamped take on a brick-breaking arcade-style classic game? Atari is ready with the latest game in their Recharged series with Breakout: Recharged, a game that feels the closest to the source material than all the other games released so far under the Recharged series. Sure, it gives it the new coat of paint by way of a neon-infused look and feel, it adds some extra power-ups to change things up – more on these in a bit – and it has a new soundtrack from Megan McDuffee to bring it to life, but in the end, it still feels like the classic Breakout we all know and love. 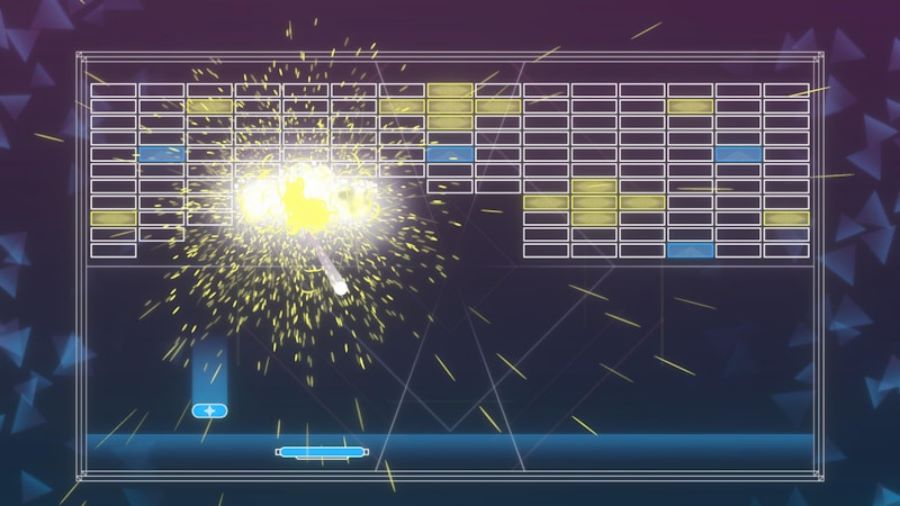 After giving us new takes on arcade classics such as Asteroids, the fast-paced and hectic Black Widow, challenging but fun Centipede, as well as the always fun Missile Command, Atari, Adamvision Studios, and Sneakybox are ready to bring back a classic from the Atari catalog to give it a new chance to shine on PlayStation 4 and PlayStation 5. Each version of this one is available separately on PSN, and for this Breakout: Recharged review, I got to play with the PlayStation 5 version of the game.


The gameplay loop is simple, given the game’s arcade nature and that the original version of Breakout was released way back in 1976, followed by a home port for the Atari 2600 in 1978. You’ll control a paddle at the bottom of the screen, and once the ball is in play, you must hit it with said paddle to send it towards the different layers of bricks on the screen. Destroy bricks to boost your high score, as the ball gains extra speed with each hit. Destroy all of the bricks, and you get to do it all over again! 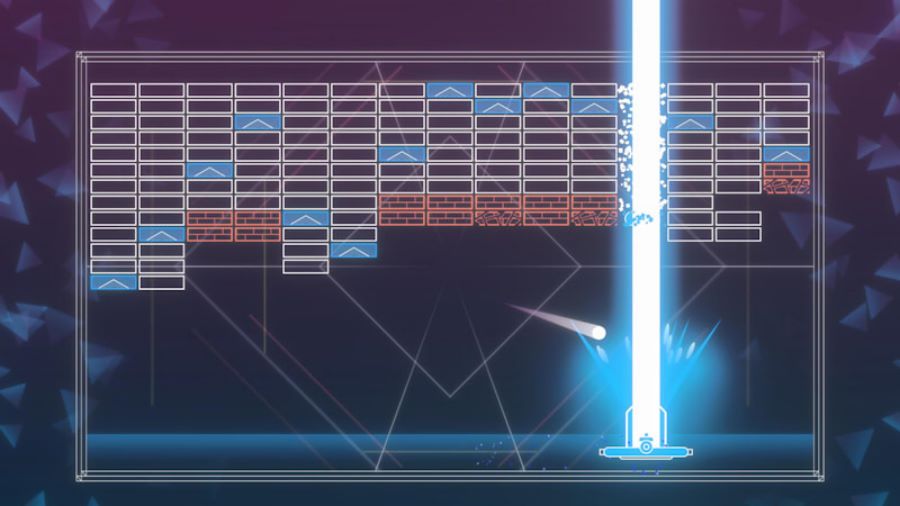 How can you enjoy Breakout: Recharged? The game features three different gameplay modes: Endless Mode, Local Co-Op Mode, and Challenge Mode. Endless Mode is self-explanatory since you’ll be trying to extend your brick-breaking run as long as possible to test your skills. Local Co-Op Mode allows you to add a second player for twice the fun. On top of this, you can take on Challenge Mode, where you can play a series of 50 stages – of increasing difficulty – as you set out to complete specific objectives.


As has been the case for other games in the Recharged series, you can collect power-ups as you destroy the many bricks on the screen. These power-ups include having orbiting bullets around the ball so that they can weaken and destroy the bricks they come into contact with, having a line show up to let you know the trajectory the ball will take as it hits the paddle and the bricks, making the ball go boom when it hits bricks, dealing damage to the bricks around them, considerably increasing the size of your paddle, or adding a spread shot ability to your paddle, to name some examples. 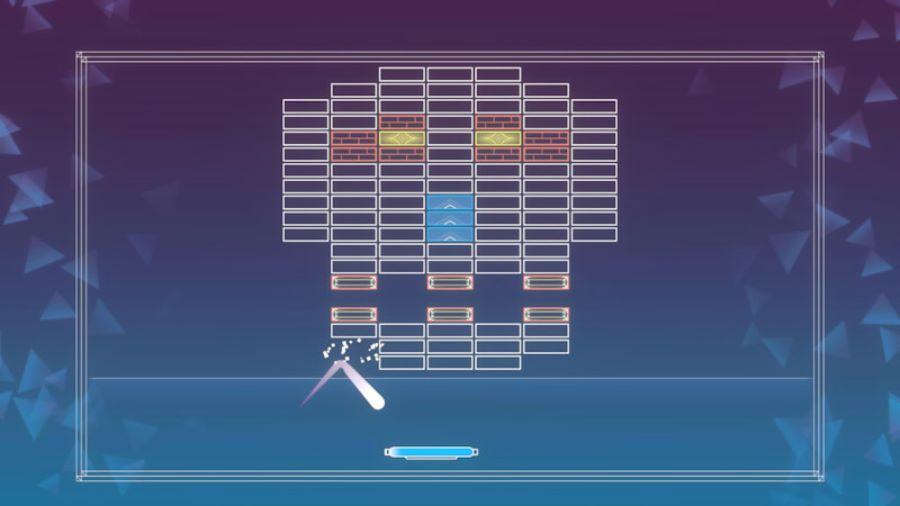 And then, we have the trophies! It’s a full trophy list with one Bronze, five Silver, and nine Gold trophies in your path towards gaining a new Platinum trophy. What are the objectives? You’ll have to bounce the ball three times in a row without moving the paddle, reach 500 points before the ball hits the platform, reach 2,000, 4,000, and 6,000 points in the Endless Mode, beating all levels in Challenge Mode in single-player and in local co-op, have 3 balls on the screen at the same time, destroying 7 blocks with a single bomb, destroying 2,000 blocks using explosive blocks, destroying 4,000 blocks with bullets, and destroying 6,000 blocks in total. 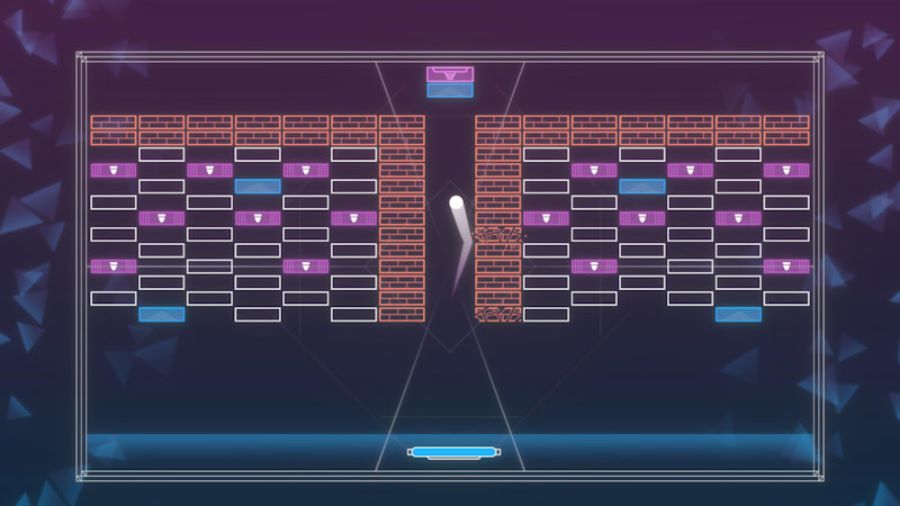 Breakout: Recharged gives us a fun, neon-infused, revamped take on the classic brick-breaking experience with a single-player option, a local co-op option, and 50 challenges to complete as you aim to add a new Platinum trophy for your collection. Can you reach the top of the leaderboards? Breakout: Recharged is out on PlayStation 4 and PlayStation 5, with each version available separately for a $19.99 price. 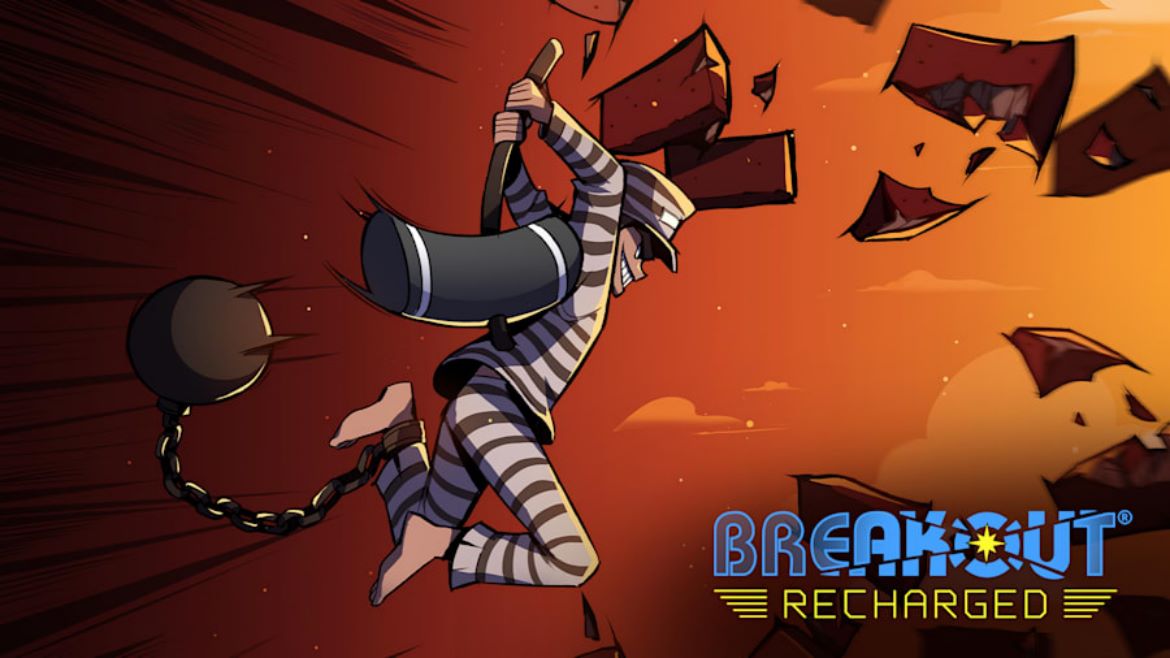 The classic we all love, revamped for a new era

Disclaimer
This Breakout: Recharged review is based on a PlayStation 5 copy provided by Atari.

MacGuffin’s Curse Out In March