Mythic Ocean from Paralune and Nakana.io is a chill first-person experience in which you’ll meet six gods and a variety of underwater creatures. Learn more in our Mythic Ocean review!


Mythic Ocean from Paralune and Nakana.io is a chill first-person experience in which you’ll meet six gods and a variety of underwater creatures. Your interactions with the gods and the other characters you meet will determine how the story develops and how your journey will end. Will you be able to teach the gods a way to build a better world? Or will your conversations lead towards the creation of a new world where the gods decide that any disagreement must be addressed in a… not so peaceful way? 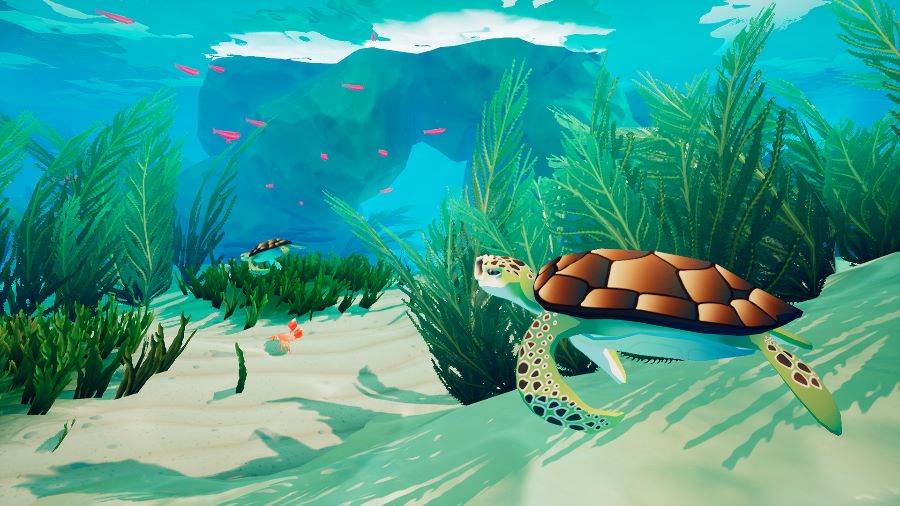 You’ll progress through the game’s story by interacting with NPCs and finding new fables to add to your collection, as well as meeting new gods, who can help you travel around faster through each area – more on this in a bit. As you meet new gods and talk to them, this will open up new conversation options with the other gods. Get a fable from one of them, and you’ll have to talk to the other gods to find how their relationships have evolved – or devolved- over the years. It’s up to you to complete each fable in order to move the story forward. 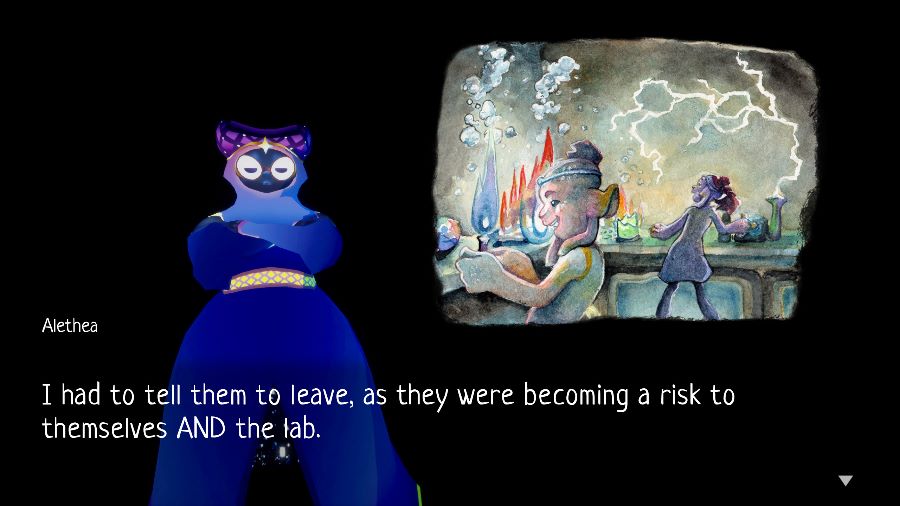 Since the game is played from a first-person perspective, you’ll move your character with the left analog stick, looking around with the right one. You’ll meet many characters during your time with Mythic Ocean, and you will interact with them with the X button. This button will also be used to move each conversation forward, either when reading what a character has to say or by selecting an option during a conversation. You can strafe down or up with the L1 and R1 buttons and can boost with the R2 button. You will also gain access to a teleporter, which can be used with the Square button when needed to teleport to one of the gods you’ve met. 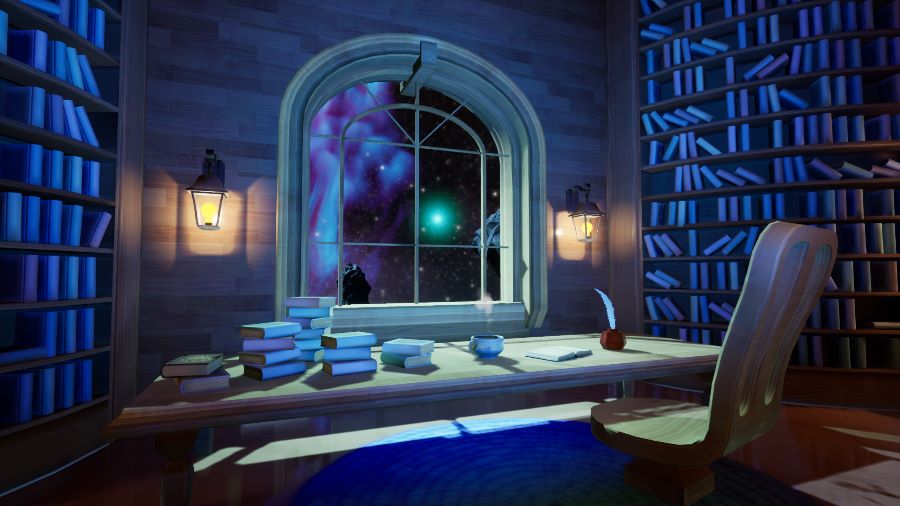 Exploration is key in Mythic Ocean, so you should make good use of your sonar ability. By pressing the L2 button, your sonar will allow you to discover new areas and characters to interact with by quickly scanning your surroundings. As long as you keep the L2 button pressed, you’ll be able to even scan through walls! With the sonar, the game will point you towards new areas to explore, as well as mark characters you can interact with, which will show as glowing spheres around you. 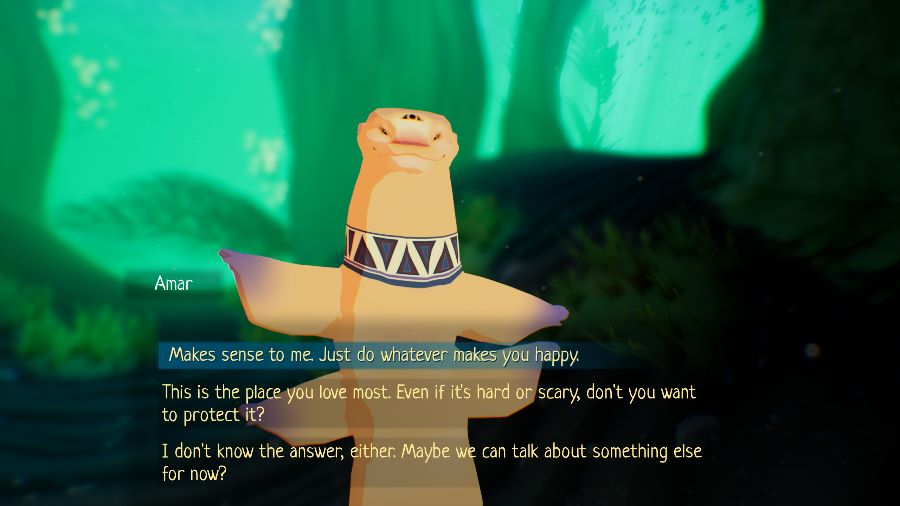 Trophy-wise, the game has a full list with a Platinum trophy, having to unlock only 11 Gold trophies before you can claim that new Platinum. That doesn’t mean it’s a short one! You’re probably going to get the Platinum in around 4-5 hours if you interact with all NPC, search each location, and find the 18 collectibles required for the 100%. The good news is that none of the trophies are missable! Once you complete the game, if you’re missing some trophies, you can reload your save and be placed right before you complete your journey, thus allowing you to explore and teleport around to complete the objectives you’re missing. And if you’re a trophy hunter and want to speed things up, you can use the guide below!


Mythic Ocean is a chill first-person experience in which your actions and interactions with the six gods you meet will determine the type of new world they build and how said world is governed. You should be able to do a single run from start to finish in 3-4 hours, with some extra time needed for trophy cleanup in case you didn’t interact with enough NPC or are missing some of the collectible pages. And once you’re done with that first run? Then you can do it all over again and see how your choices can affect the second ending you get. There are many possibilities as you go for that Platinum trophy. How will the new world look for you? Mythic Ocean is out on PlayStation 4 with a $14.99 asking price. 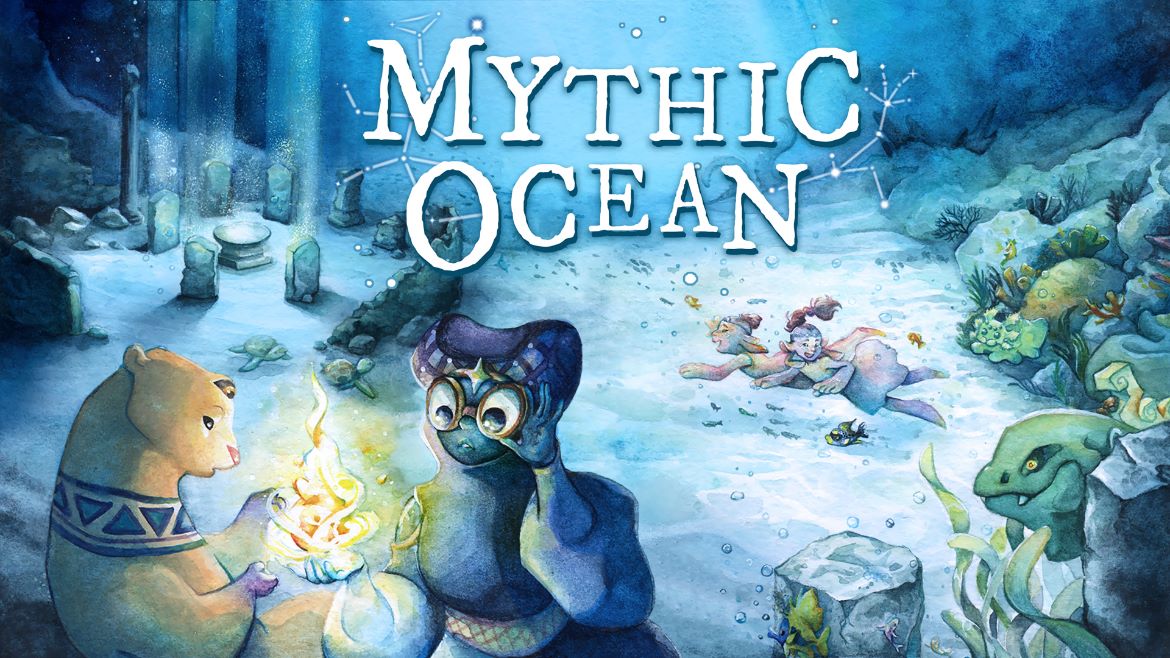 Disclaimer
This Mythic Ocean review is based on a PlayStation 4 copy provided by Nakana.io.

Phantom Breaker: Omnia Out Next Month