Real Boxing 2 from QubicGames and Vivid Games is ready to go on Nintendo Switch. Learn more about it on our Real Boxing 2 review! 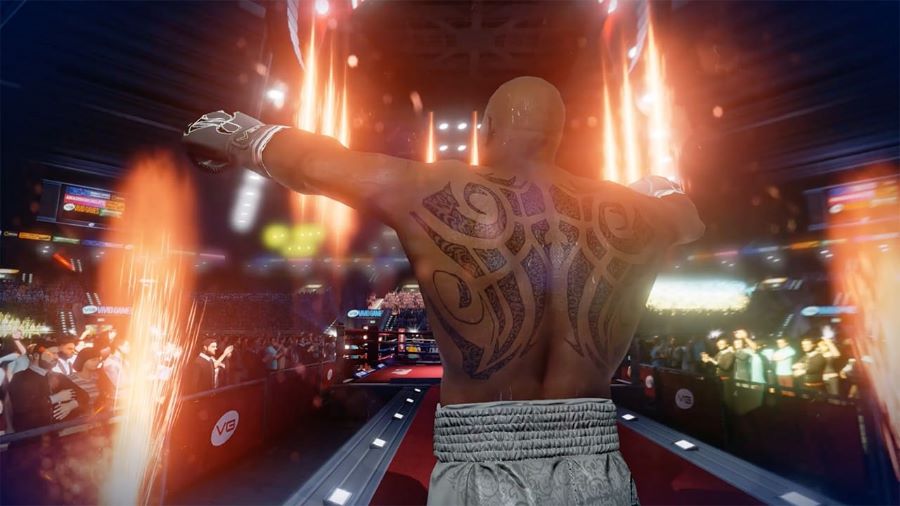 Real Boxing 2 from QubicGames and Vivid Games is ready to go on Nintendo Switch. After launching on mobile, the game has now been ported to Nintendo’s console. Real Boxing 2 can be played either in Career or Versus Mode. Career Mode is the equivalent of a Story Mode in other games since you’ll be taking your boxer from the bottom to the top. As for Versus Mode, it’s a local multiplayer experience in which you’ll fight against a second player to prove who’s really the best there is. Both modes use a group of pre-made boxers that are pretty out there, such as Bad Santa, amphibian Husk, Caveman, chiseled Iceberg, the earth-powered Golem, fiery Scorch, heavily tattooed Skeleton, and more.


Once the game loads up, you’ll be thrown straight into the ring so that you can learn the basics. You’ll throw a right jab with the ZR button and a left one with the ZL button. The right stick can be used for throwing a hook, an uppercut, or a body punch, depending on if you press it left, up, or down. The same can be done with the left analog stick for your left arm. The L button is for dodging, while the R button is for blocking. If you’re low on health, press the X button to start a clinch, and then continuously press the X button to recover. Once you’ve built up enough energy, press the A button to unleash a powerful Special Move. 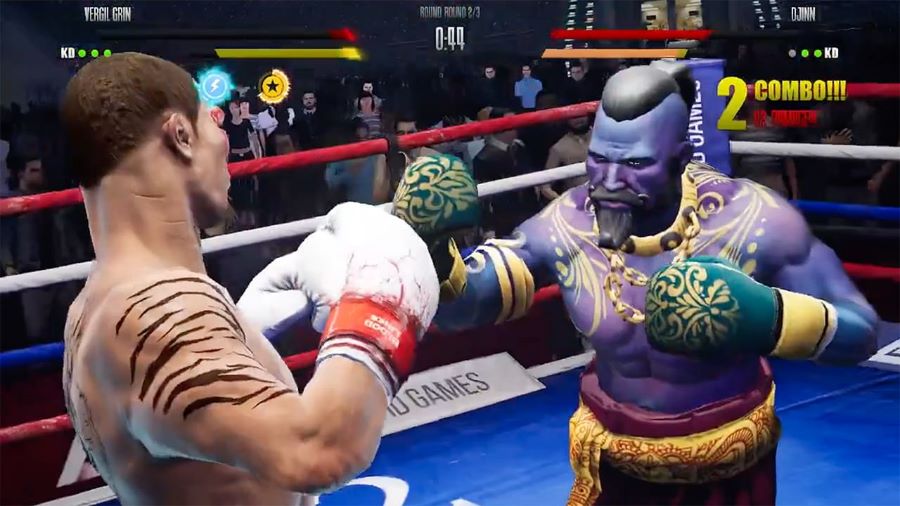 After this short tutorial, you’ll then get a chance to create your fighter, either by randomly generating him or by customizing his look with the fighter creation tool. You can select between a Caucasian, Asian, African American, or Latino character and change the overall skin tone as you wish. After this, you can select its build, between strength, speed, stamina, or health, which will have an effect on how he fights in the ring. There’s also the option of setting how defined his muscles are.


Next up will be selecting what his hair, beard, and mustache will look like. There are four hairstyles, four beard options, and four mustache options to choose from. Once you’ve taken care of that, you can select your boxer’s eyes, nose, jaw, mouth, ears, and head shape. For the eyes, you can change the position and size of eyebrows, rotate them, and set the attitude for the eyes – you’ll know what I mean when you see it in action. The nose’s position, size, and tip position can also be changed, as well as its width and rotation. The jaw’s height, width, position, and protrusion can be adjusted as needed. You can switch around the mouth’s size, width, position, and attitude. The ears can be made wider or narrower, as well as change their size. As for the head, you can adjust the width, height, convexity, and cheek width. After all of that, select your boxer’s nationality and name, and you’re ready to go! 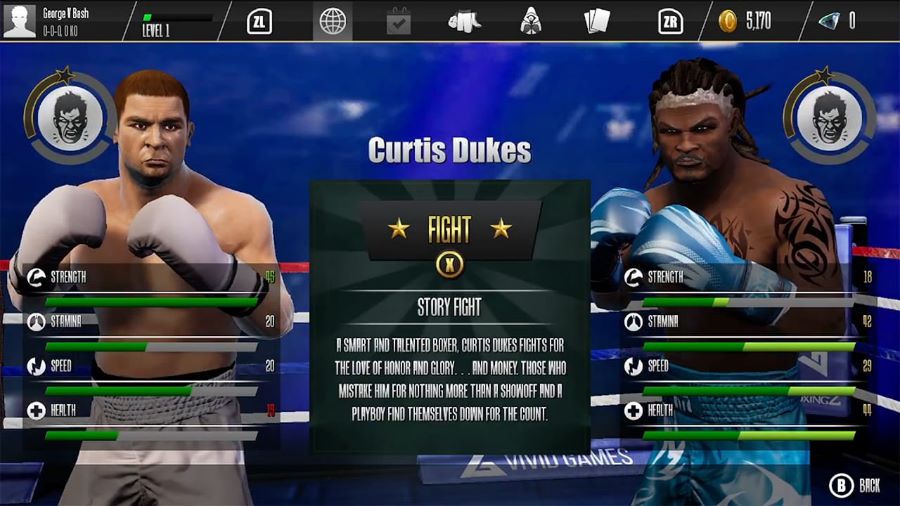 In Career Mode, you’ll be taking on some boxing matches in North America, South America, Europe, Asia, and Australia, as you improve your skills and stats by way of some extra mini-games you can participate in to show your moves and skills. You could hit the heavy bag to build up the strength of your punches, use the jumping rope to increase your overall stamina, or perhaps you want to increase your boxer’s speed by using the double end bag for some quick punching. Each mini-game will ask that you complete different sequences to gain points so that you can fill up a bar to eventually increase your stats.


The game shows its mobile roots by way of the lottery system where you can use coins – or diamonds – to buy tickets. Use these tickets, and you’ll be able to select between the available cards in the Bronze, Silver, or Gold tiers, and win extra money, stuff to customize your boxer’s look, extra experience points, diamonds, and more. You could also spend some extra money to draw again after making your selection so that you can get another card, and another card, and another card. At least microtransactions have been removed from this Nintendo Switch version! 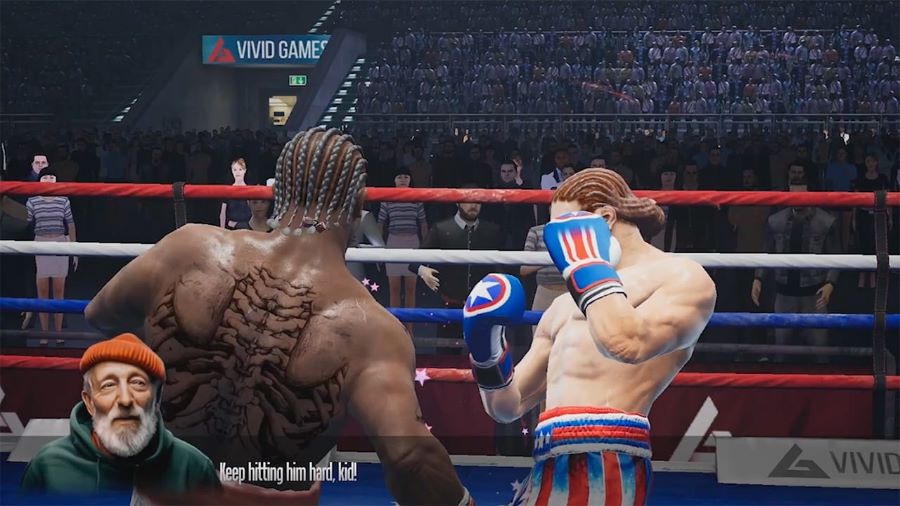 In the end, Real Boxing 2 is clearly a port of a mobile boxing game, which means it plays it safe by not making that many changes to how the game exists on the mobile gaming landscape. It does remove microtransactions and adds physical control inputs, but it’s still a game that favors players having a lot of in-game currency to unlock customization options, additional boxers, being able to use the mini-games again, and so on. Real Boxing 2 is out on Nintendo Switch with a $14.99 price. 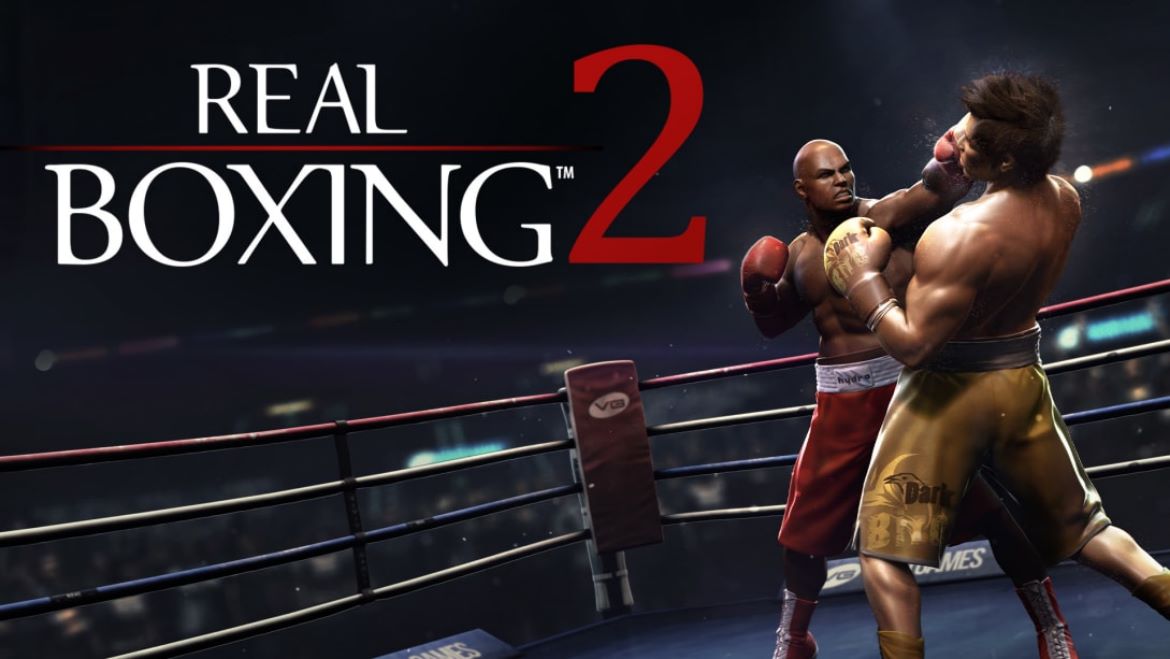 A mobile to console port that feels lacking

Disclaimer
This Real Boxing 2 review is based on a Nintendo Switch copy provided by QubicGames.