2D action platformer sequel Gunvolt Chronicles: Luminous Avenger iX 2 from Inti Creates is ready to roll on Nintendo Switch. It’s the sequel Gunvolt Chronicles: Luminous Avenger iX, which was released on Nintendo’s console back in 2019. It features Copen as the returning main protagonist, and yes, this game will certainly remind you of the beloved Mega Man series, particularly the Mega Man X, Mega Man Zero, and Mega Man ZX series. The game features a solid pixel art style as well as a great soundtrack to complement the action.

If you haven’t played its prequel, worry not, because Gunvolt Chronicles: Luminous Avenger iX 2 features a stand-alone story, and you also get a recap at the start of the game so that you can know how Copen’s efforts brought the world a moment of peace… before things start to get worse. Copen and his companions are sucked into a wormhole and end up in another world! You’ll find yourself in a dystopic future on a wasteland where only robots exist. It’s up to you to find a way to return to your world while also helping those who live there. The story features some gorgeous cutscenes, and the characters feature voice acting for the first time in the Gunvolt series! 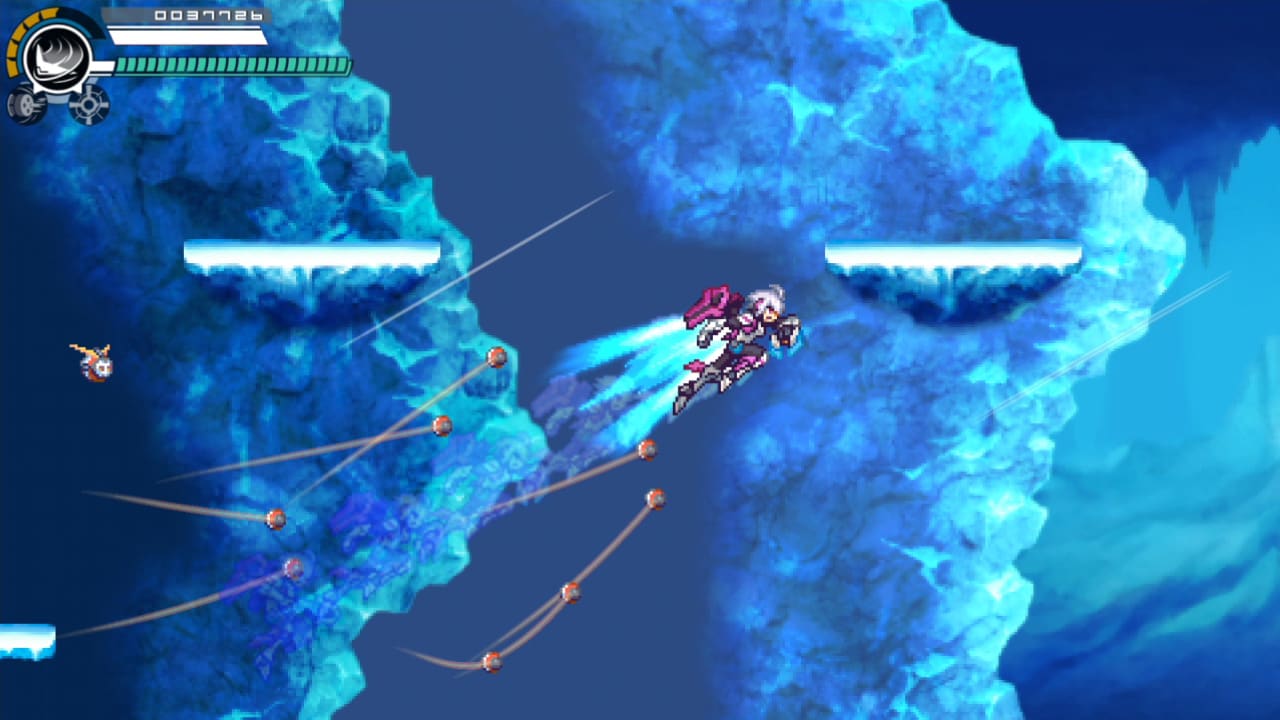 You’ll move Copen with the left analog stick or the D-Pad, jumping with the B button and attacking with the Y button to unleash a three-step combo. You can dash with the L button, and dashing into enemies will allow you to lock onto them so that your attacks land. Dashing into some enemies will send them flying, and the same will happen with some blocks. Dashing can also be used while up in the air, and you can even dash at an angle if you need to avoid attacks or reach a higher platform.


As you defeat enemies by quickly destroying them in quick succession, by destroying them without touching the ground to get an aerial bonus, by using Ex weapons to defeat them, or by finishing them up with the special CoLoSSAL MAELSTROM – more on this in a bit – you’ll gain kudos, eventually banking it to your score. While touching a checkpoint will save your progress up until that point in case you’re defeated, avoiding a checkpoint will keep your combo going so that you can continue to increase your kudos. Do remember that if you’re defeated, you’ll be sent all the way back to the start! Oh, and be sure to search for emblems since they will give your score a considerable boost. Combine all of this, and you might earn an X rank for that stage! 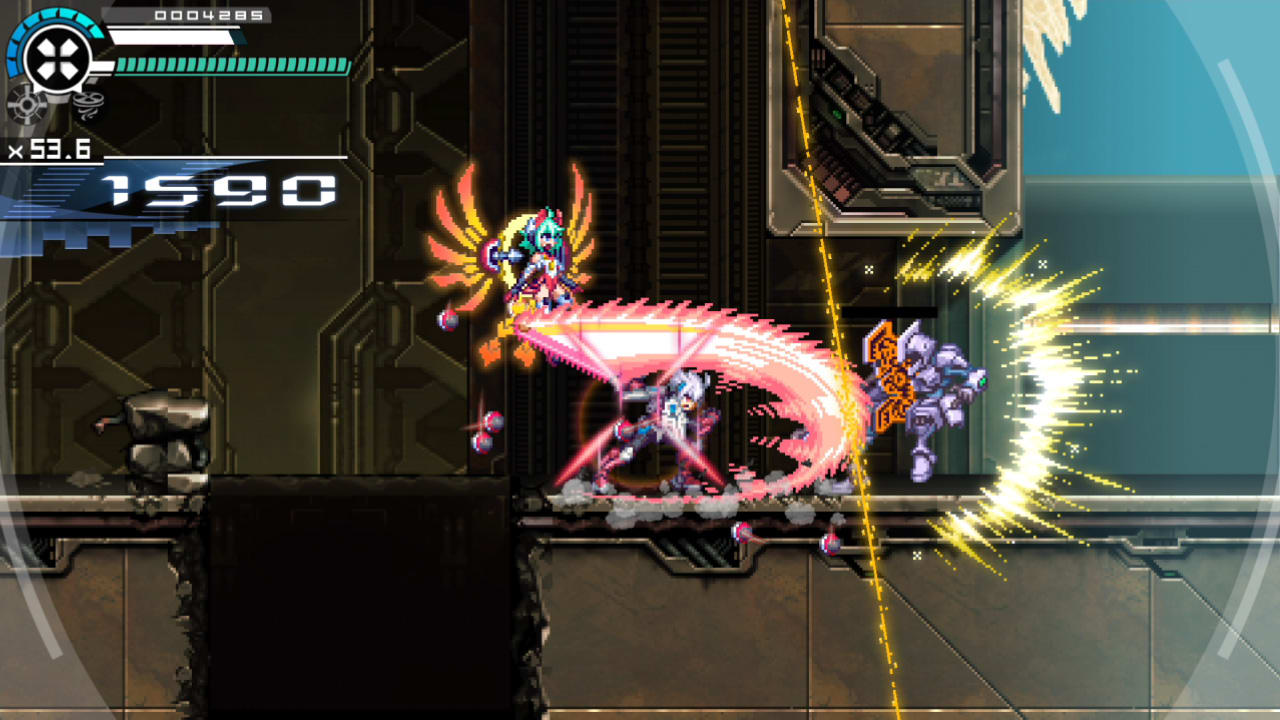 When your kudos goes over 1000, Lola will transform and will start to sing, which will send Copen into Overdrive mode. While in Overdrive mode, you can repeatedly dash until your Bullit Gauge is consumed. You can recover this by dashing into enemies, and it will also load up again when you land on the ground. Run out of Bullit energy, and you might want to press and hold down the jump button so that you can hover for a bit to slow down your fall. This will allow you to plan your next move as you avoid any enemies or hazards.

As you obtain EX weapons, you can use them with the R button and switch between them as needed with the ZL and ZR buttons. EX weapons will require energy to be used. You start with one EX weapon – the Anchor Nexus, which allows you to go from an air dash into a homing tackle – and will obtain more as you defeat bosses. You know, like you would in the aforementioned Mega Man series. And yes, enemies will have a weakness to specific Ex weapons, so be sure to pay attention!


Copen also has access to two very powerful skills that will turn your kudos into score while also ending your combo. CoLoSSAL MAELSTROM is a combination attack that mixes Copen’s attacks with Lola’s Darkness Mode form, dealing a ton of damage to everything on the screen in an instant. Since it’s a very powerful skill, you’ll need to wait for its cooldown to run out before you can use it again. The other skill is Healing, which will transform Lola into her Healing Mode, which will make her heal Copen as needed, basically giving him infinite health for a bit. 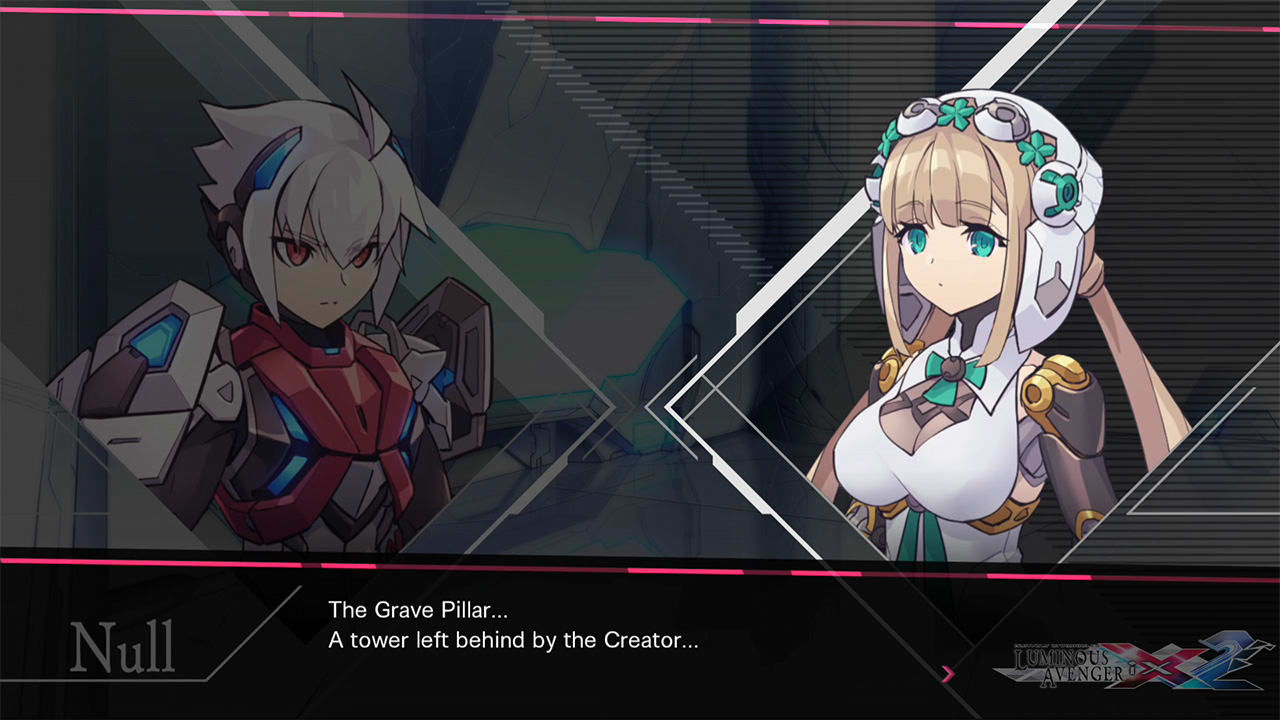 Lola is indeed a very useful companion because she can even save you from death! When Copen’s health is fully drained and reaches zero, there’s a chance that Lola’s Anthem skill will trigger. Anthem is Lola’s ultimate skill, and as such, it will instantly restore all of Copen’s health thanks to her mighty voice. On opt of this, it will send Copen straight into Overdrive, giving him infinite Bullits for his dash so that he can turn the tables and destroy all enemies around him with a flurry of attacks.


As you defeat enemies, you’ll gain experience points, which will allow Copen to level up, boosting his HP and SP max values. Based on your performance at each stage, you’ll also get some of the game’s EC currency that you can spend between missions to unlock new abilities for Copen and Lola. You could make it so that you get extra at the end of a mission based on your score, lower all damage you receive by one when you’re standing still on the ground, boost the invincibility window for after Copen is damaged, or increase how much EXP you gain for every enemy you defeat. 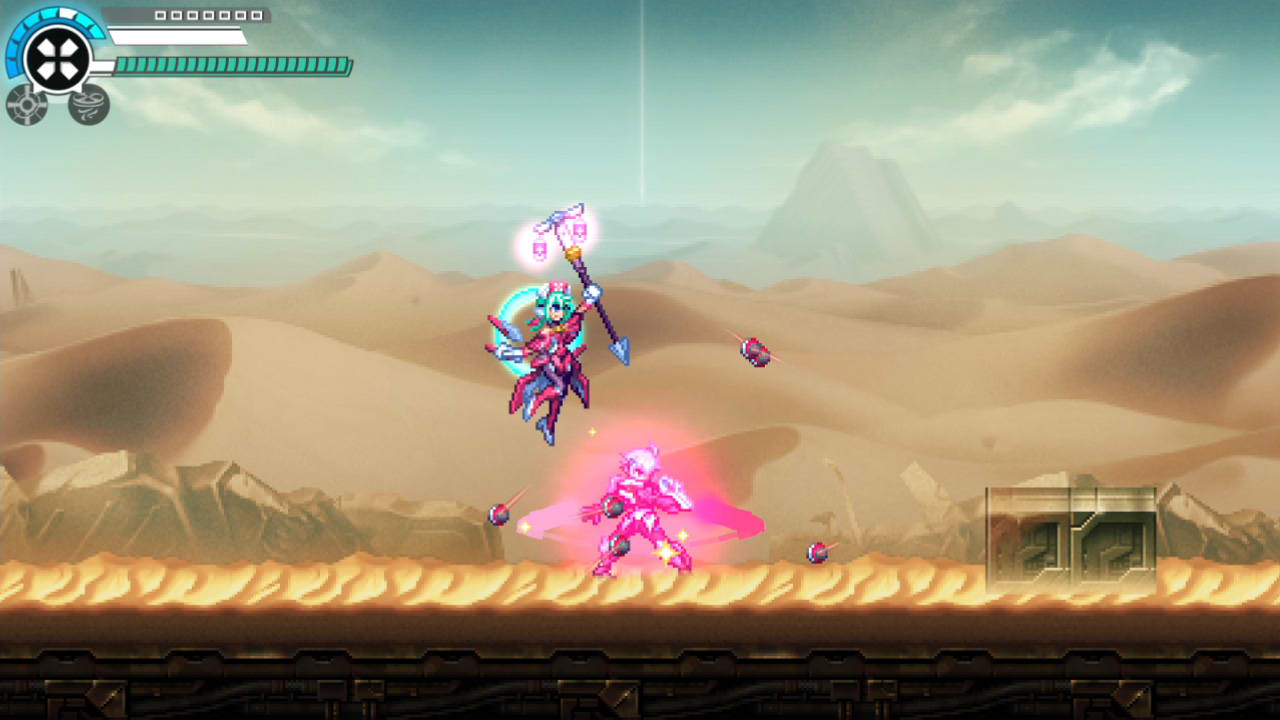 Gunvolt Chronicles Luminous Avenger iX 2 is a fast-paced and fun 2D action game that feels like a supercharged game from the Game Boy Advance era, which is definitely not a bad thing! There’s plenty of replay value in this one since you’ll be learning what each stage has to offer in order to master it and aim at getting the best high score possible so that you can get that coveted X rank. Gunvolt Chronicles Luminous Avenger iX 2 is out on Nintendo Switch with a $24.99 price. You can also get DLC from the Nintendo eshop for $7.99 to add special mission and boss Koharu Otori from COGEN: Sword of Rewind – which you should also check out on Nintendo Switch. 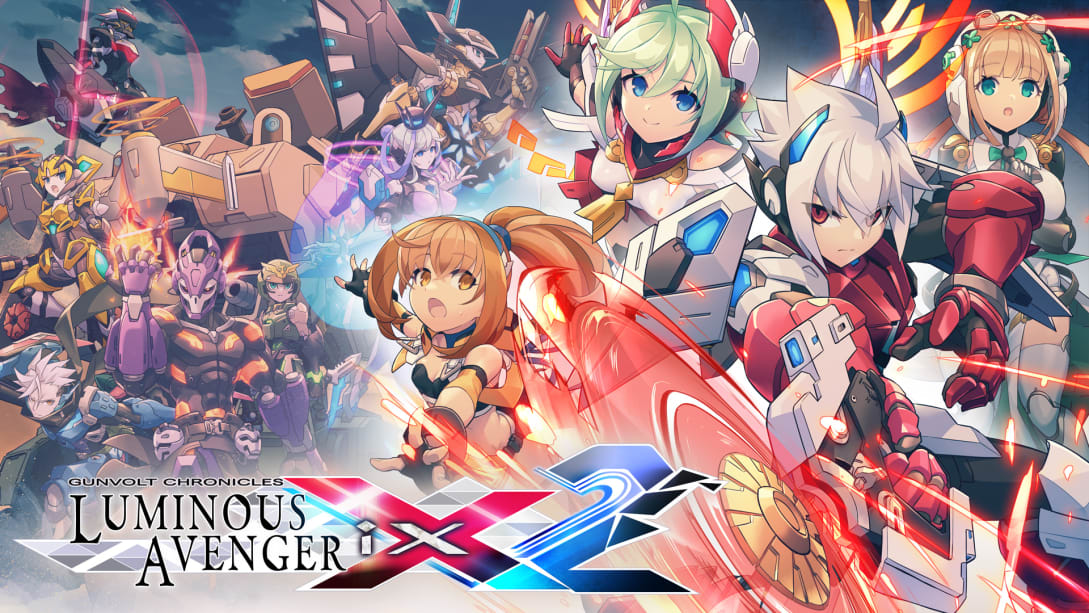 Disclaimer
This Gunvolt Chronicles Luminous Avenger iX 2 review is based on a Nintendo Switch copy provided by Inti Creates.