Highly anticipated sequel Windjammers 2 is ready to go on PlayStation 4. Learn more about this radtastic experience in our Windjammers 2 review!


Highly anticipated sequel Windjammers 2 is ready to go on PlayStation 4. Thanks to the hard work of DotEmu, we’re finally getting a follow-up to the cult classic Windjammers, with a gorgeous hand-drawn presentation that helps to make everything pop. Windjammers was originally released on the Neo-Geo arcade systems back in 1994 by Data East. If you want to compare both games to something that would make it easier to explain to someone who is completely new to the series, you could say it’s kinda like air hockey, but even more fast-paced and with special areas on your opponent’s goal zone that will reward you with different points when you land a shot. 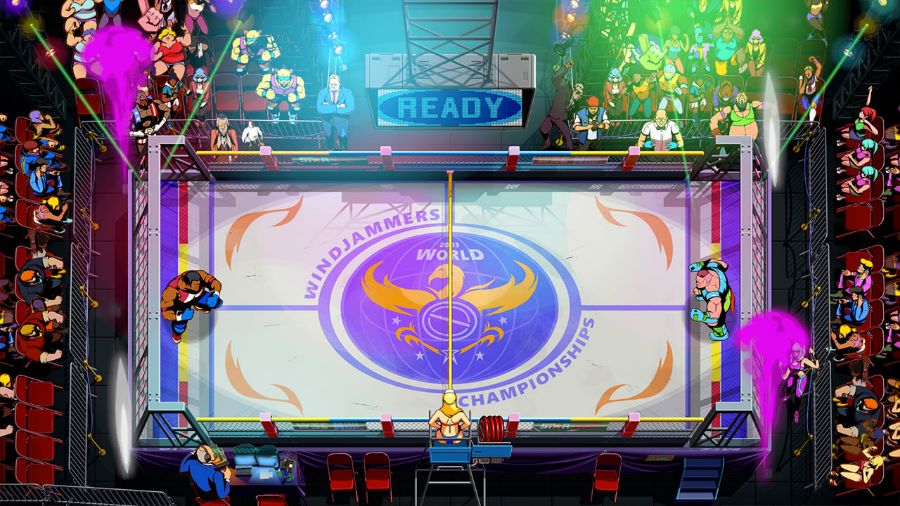 The game can be played either in Online Mode, where you can take on players from around the world to truly see who’s the best gamer out there, or you can go into a Versus match to compete against other players locally. There’s also the Arcade Mode, which can be played in Easy, Medium, or Hard difficulty. Arcade Mode is the main attraction since it functions as the story mode of Windjammers 2. You’ll select a character and try to become the champion by using its speed, power, and special ability to get to the top! 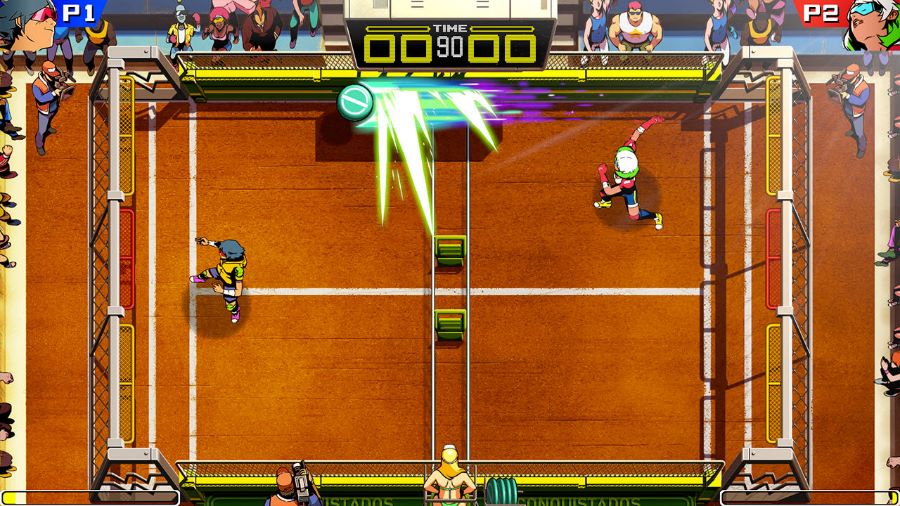 You’ll control your character with the left analog stick, as you use the face buttons for different actions based on if you’re on the offensive or playing defense. For example, the X button can be used for quickly sliding around or to throw or toss the disc. The Circle button can be used to lob your throw or for a drop shot, while the Square button will be used for a slap shot. You can also jump with the Triangle button when needed. Time things right and charge up so that you can use your character’s special power move by pressing the R1 button.


Once you’re in Arcade Mode, you’ll see your character on a map and will be able to select which court you’ll play on, which will determine your opponent to beat. The rules are simple: be the first one to get to 15 points so that you can win the set. Win two sets, and you win the match! Each court will be a bit different. The area where you can get the most points will change, and there might be some obstacles here and there that can change the trajectory of the disc, so you’ll need to be on high alert at all times. 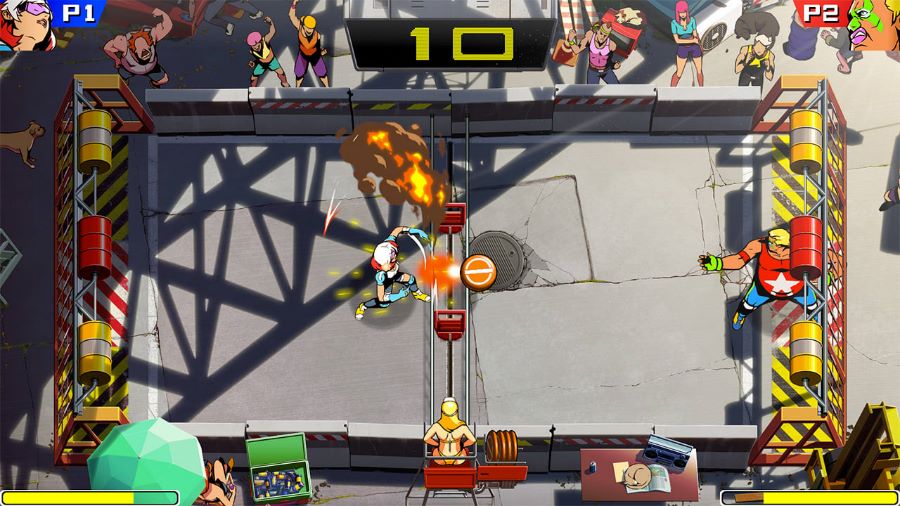 As you win matches, you’ll score points thanks to the sets you won, the perfect receptions you got, if you won any sets without your opponent getting a chance to score, and how many charged shots you unleashed. These points will be added to a star gauge on the bottom right of the screen. Once the bar fills up, you’ll get an extra credit so that you can continue in Arcade Mode if you’re defeated. You can also get some extra points by completing the mini-games that are presented to you between some matches. 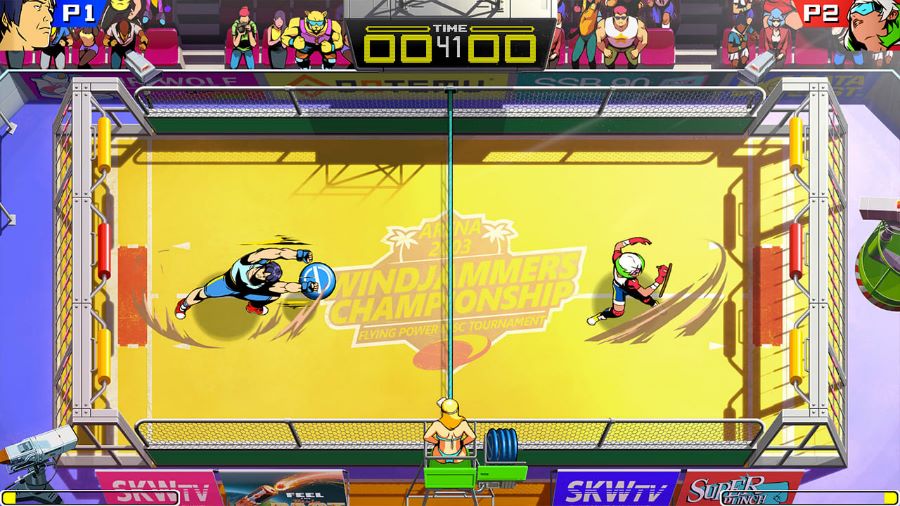 Windjammers 2 sets out to do what its prequel did while offering gorgeous hand-drawn visuals, adding four new characters, new courts on which to play, and some new gameplay mechanics that make matches even more fast-paced and unpredictable. With its Arcade Mode, local Versus Mode, and an Online Mode, there’s plenty to like in this long-awaited sequel. Windjammers 2 is out today on PlayStation 4 with a $19.99 asking price. 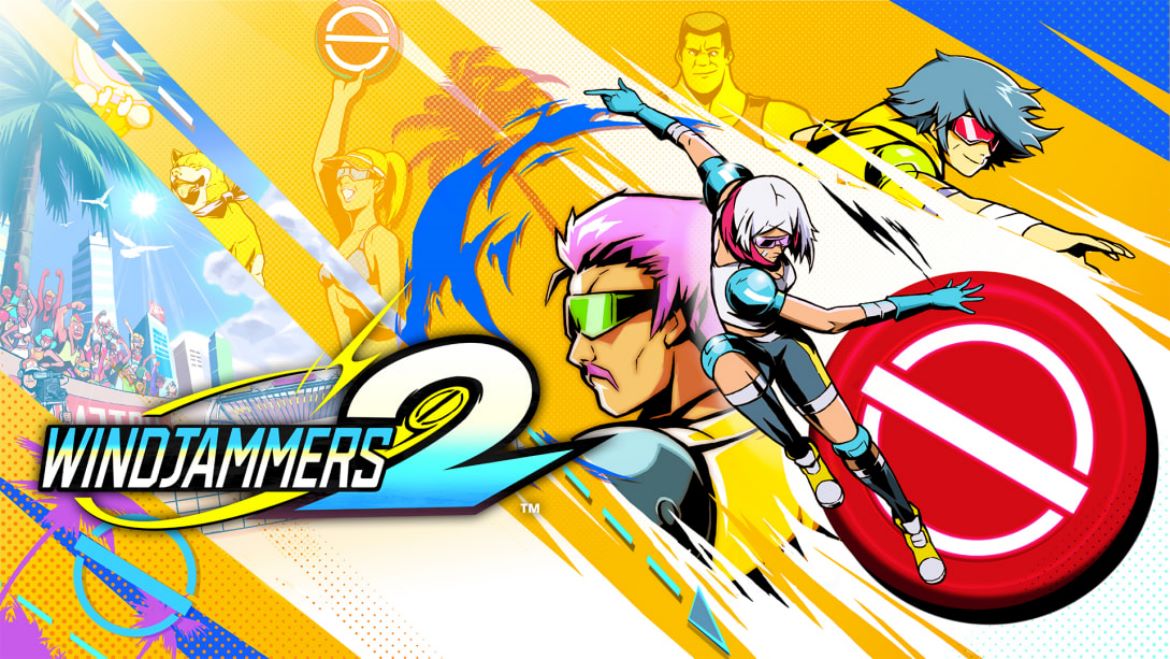 The Windjammers sequel we've all been waiting for

Disclaimer
This Windjammers 2 review is based on a PlayStation 4 copy provided by DotEmu.

Blackwind Out Today On Consoles