Sequel Mushroom Wars 2 from Zillion Whales is here to give us our dose of fast-paced real-time strategy action on PlayStation 4. It’s a game that is easy to understand but hard to master, with a series of elements that you’ll need to understand in full to stand a chance and survive the incoming onslaught. The game can be played either in its Campaign Mode, which offers you more than 100 missions to complete on your own – including boss battles –, play in Local Multiplayer, or you can go into Online Multiplayer, where you’ll try to prove your skills against opponents from around the world. 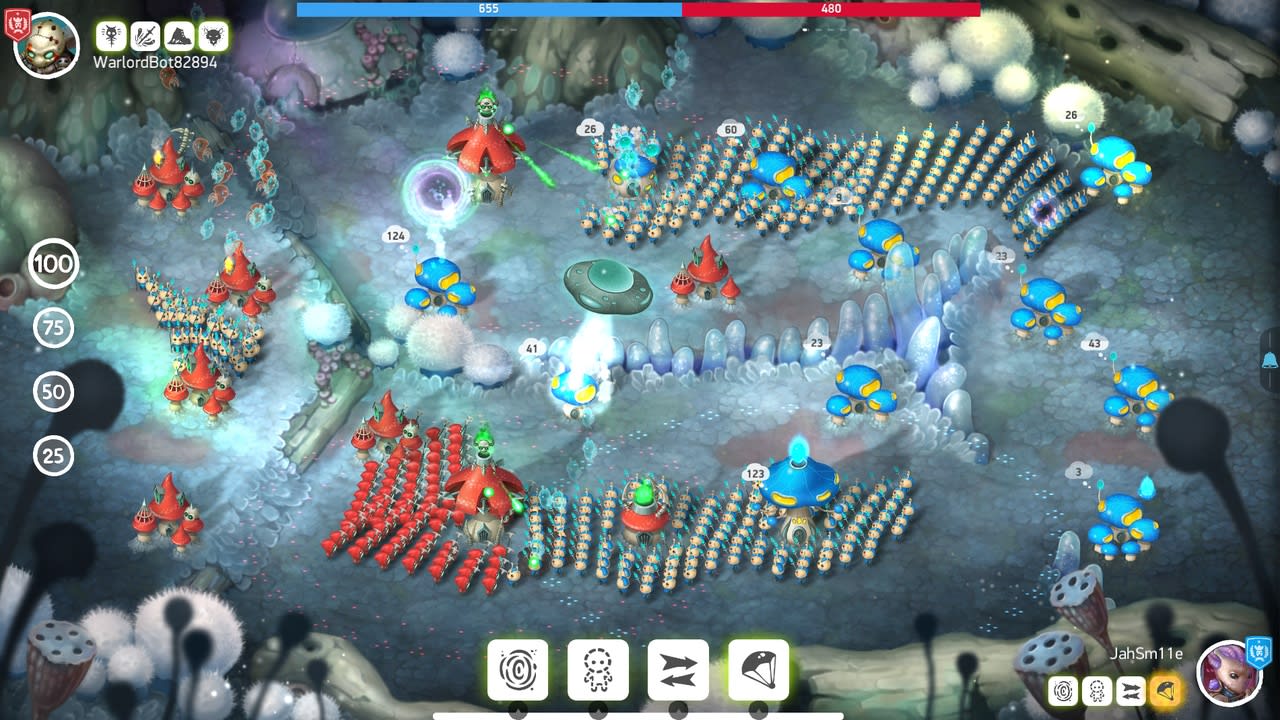 There are three different options for what type of game you’re going to be playing. Conquest is an all-out battle in which the player who manages to capture all of the buildings of their opponents will win the match. Domination is a similar experience, but your focus will be on capturing the special buildings on the map. The last battle type is King of the Hill. For King of the Hill, all players will burn points for holding special buildings. The first player to manage to burn through all of its points and reach 0 will win.


You’ll be controlling all of the action by selecting your target with the left analog stick and sending troops by pressing the R1 button. If you press the Circle, X, Square, and Triangle buttons, you’ll send 25%, 50%, 75%, or 100% of all troops available at the base from which you’re sending your units. There are 12 heroes in total from four different tribes that you can control, with each one having skills that can help your army to get closer to a potential victory. Each skill will have a different energy cost and can be activated by pressing one of the four directions on the D-Pad. A little bit of energy is obtained over time, but you will get most of your energy from the death of your units. 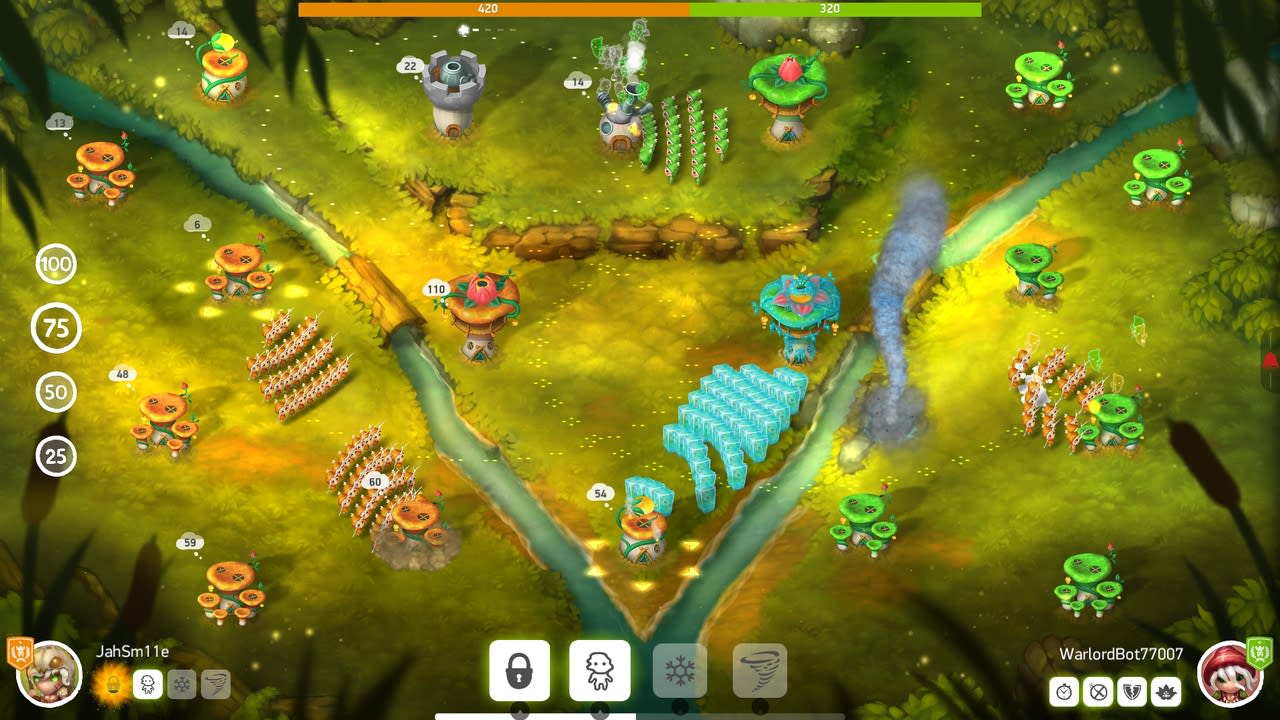 Each building can either be upgraded as needed, or converted into a village, a tower, or a forge. Upgrades are going to cost you some units, so be sure to plan accordingly so that you’re not left with an army too small to defend yourself! Villages will be used for producing warriors you can send into battle. The higher the level of a village, the faster its production rate, defense, and unit capacity. Towers will shoot at enemies based on their upgrade level, with each extra level granting it a longer attack range. Forges provide a boost to attack and defense, and the more forges you have under your control, the better their performance. Towers and forges are useful, but you need to remember that they won’t produce new units.


Something else to consider is the overall morale of your army. The higher the morale level, the higher the boost to your army’s defense, attack, and speed. To improve the overall morale level, you will need to upgrade the buildings currently under your command, capture the buildings of your enemies, and successfully defend against attacks. That means that your morale level will decrease when your enemies’ attacks are successful, when you can’t successfully capture an opposing building, or when you remain idle for too long. 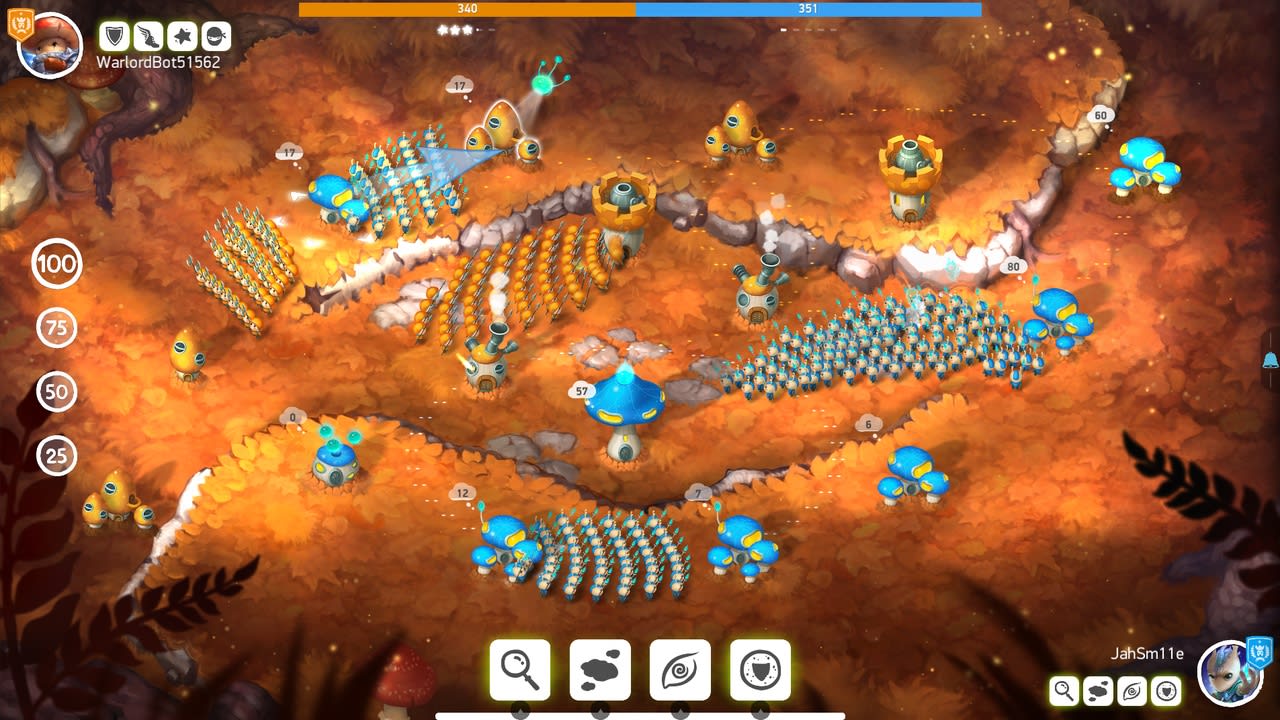 And then, we have the trophies for Mushroom Wars 2. It’s a list split into 13 Bronze trophies and 4 Silver trophies. Yes, that means that Mushroom Wars 2 does not have a Platinum trophy for you to work on unlocking, which is a bit odd since there’s definitely a lot to do in this game! The objectives for unlocking the trophies will require that you complete the tutorial segment, complete episode 1 and episode 2, collect 100, 200, and all campaign stars – based on your performance – use each hero in multiplayer, get your first win in multiplayer, win ten times in multiplayer, capture 300 buildings, destroying 10,000 units with towers, win in multiplayer by having only one building, getting a five-star morale rating in any battle, capture an enemy building without having any building of yours, and getting a maximum attack rating. 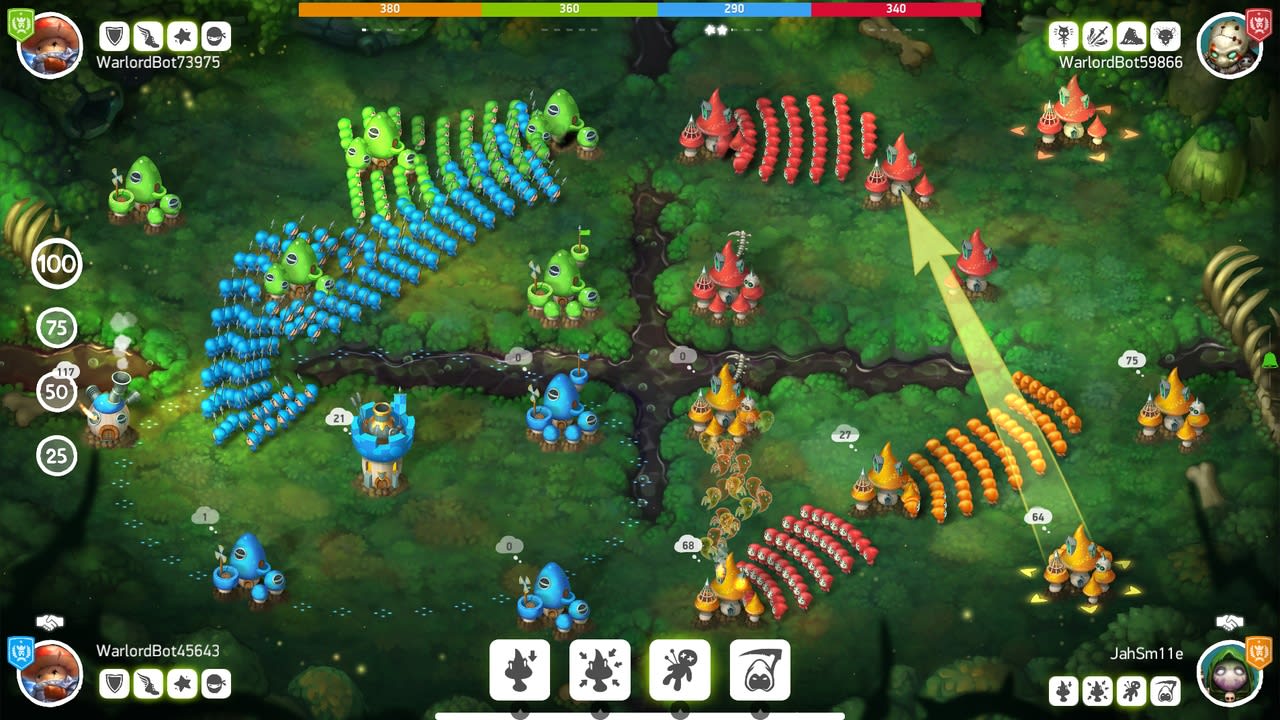 Mushroom Wars is a fun, fast-paced, hectic real-time strategy experience, and Mushroom Wars 2 improves and expands on things, which is what you’d expect from a sequel. Adding heroes with different skills is a good way of spicing things up, and once you’ve gained enough experience with the gameplay mechanics and the different battle types in the Campaign Mode, you can go into Local or Online Multiplayer to see if you’ve really learned enough. Other than the game not featuring a Platinum trophy, there’s not much to complain about- Mushroom Wars 2 is out on PlayStation 4 with a $19.99 asking price. 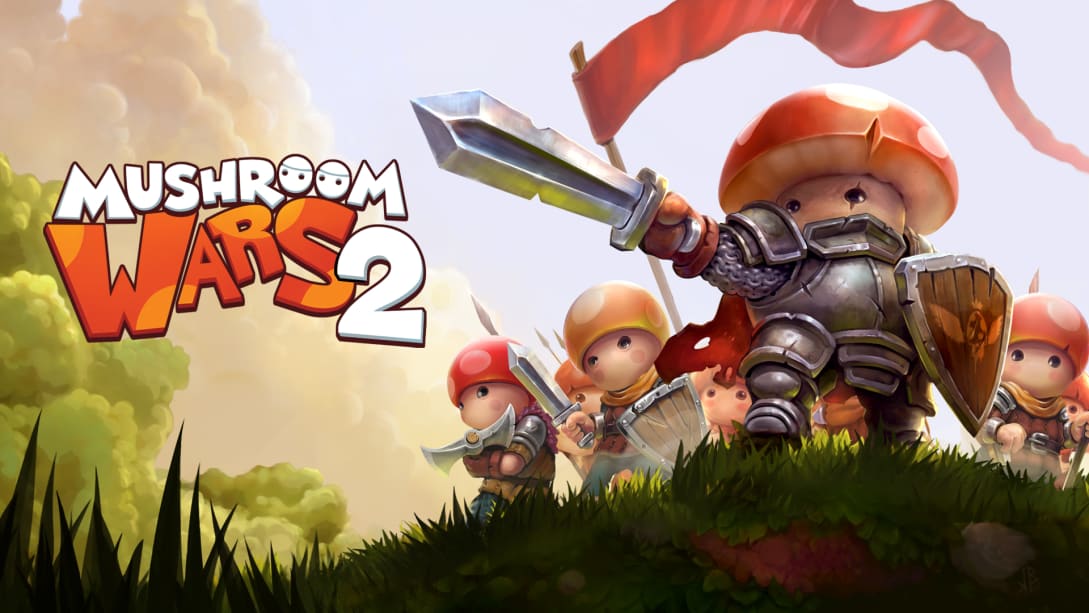 A fun sequel that expands and improves the RTS experience

Disclaimer
This Mushroom Wars 2 review is based on a PlayStation 4 copy provided by Zillion Whales.